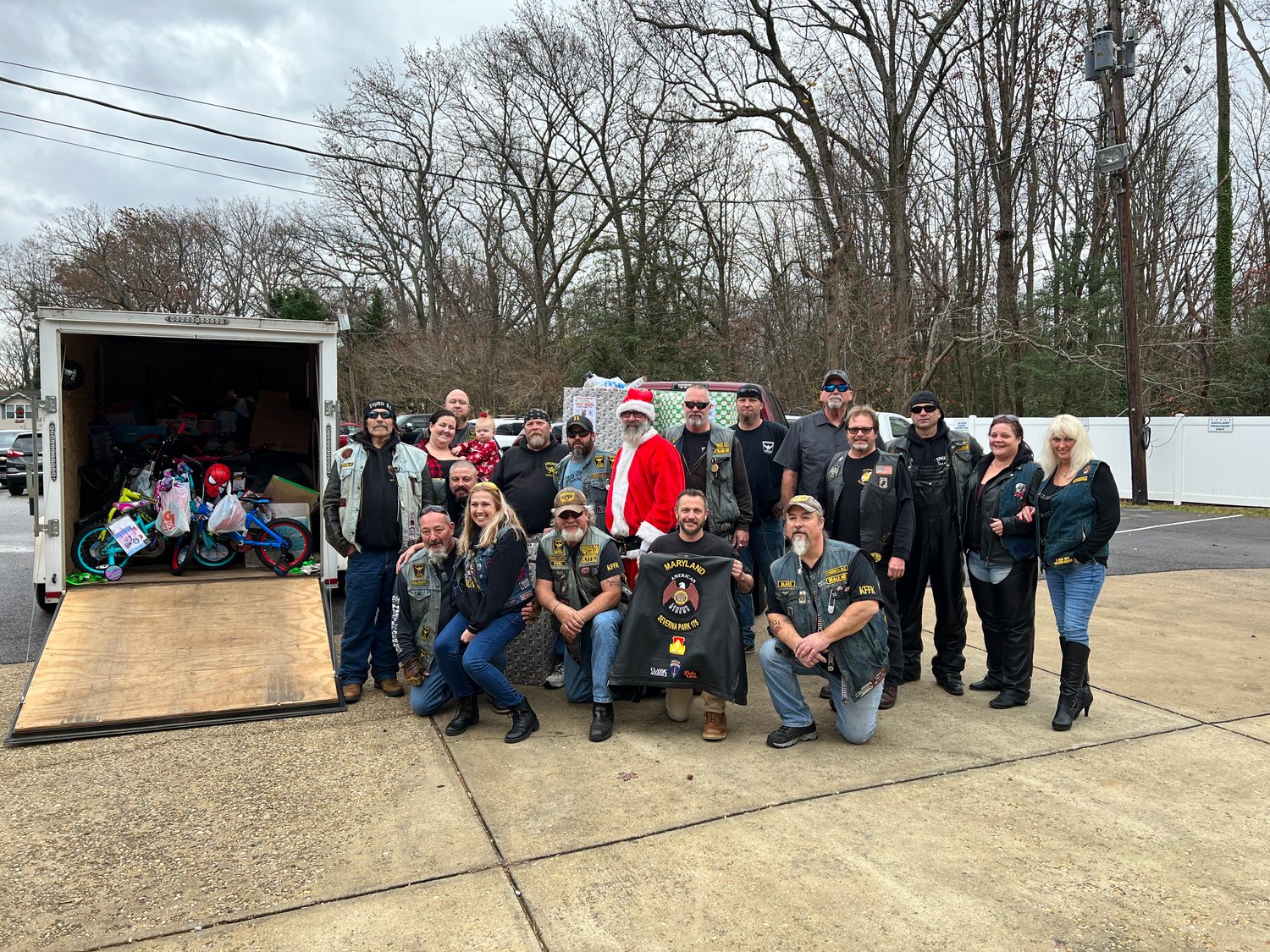 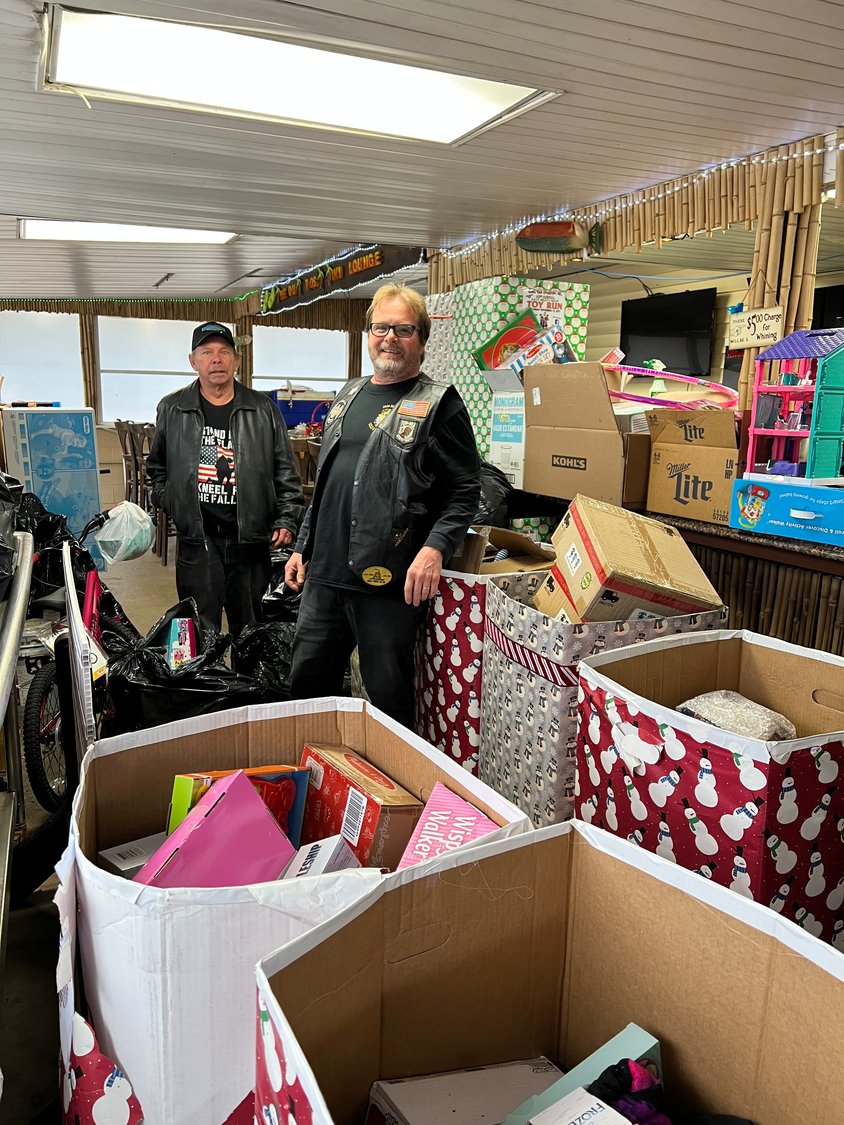 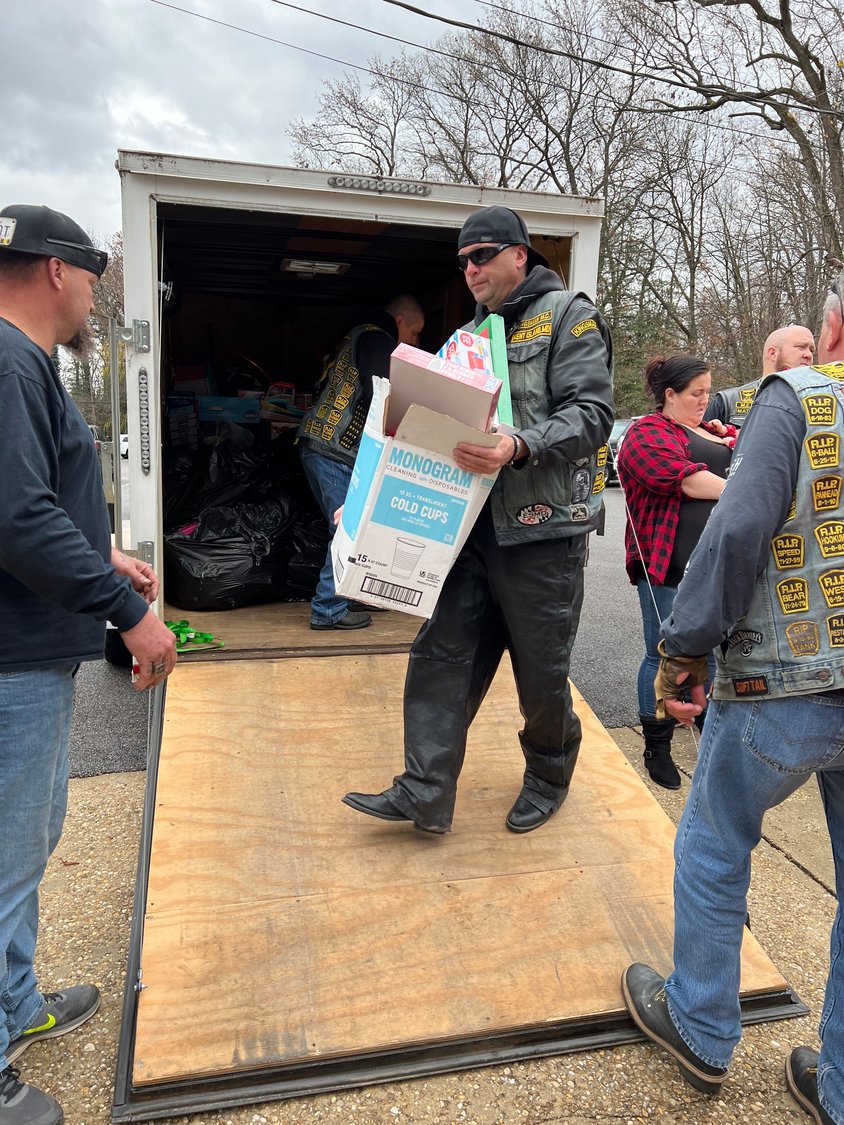 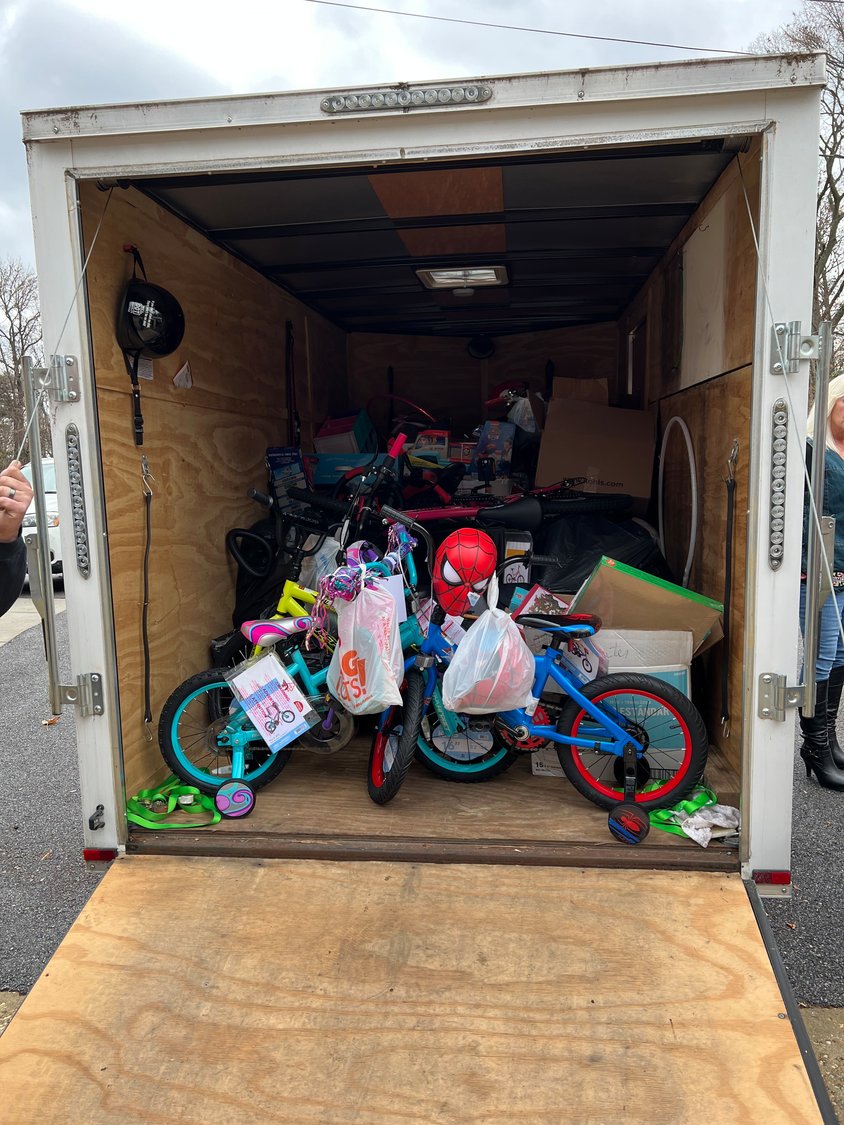 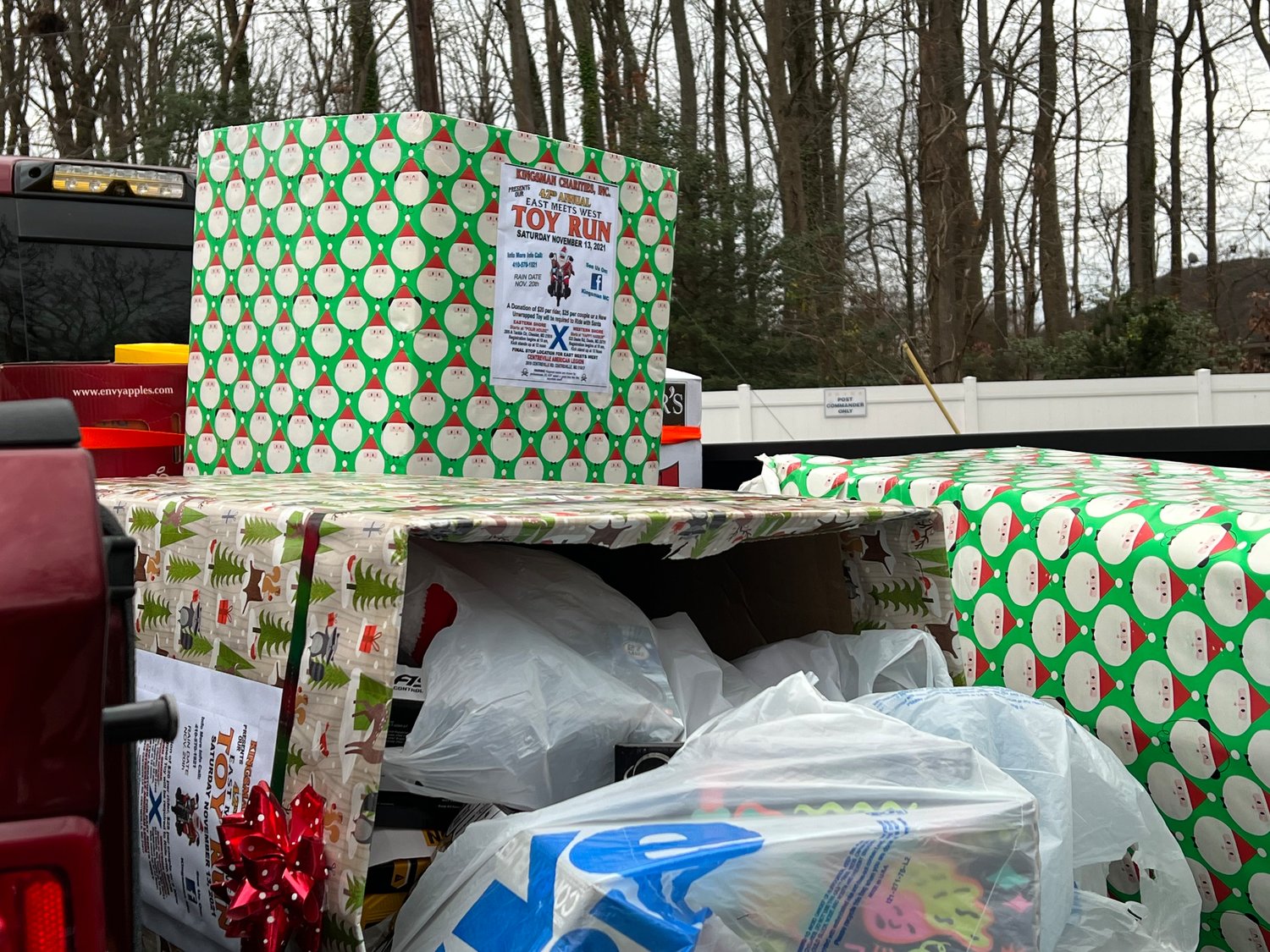 Kingsman Charities Inc. delivered toys and clothing to the Legion Riders of American Legion Post 175 in Severna Park on December 11 to be donated to Anne Arundel County Toys for Tots.

Kingsman Charities supports families throughout Anne Arundel and Queen Annes counties. The toys and clothing were collected as part of the Kingsman Charities’ 42nd annual East Meets West Toy Run in November. The toy run brings together motorcycle enthusiasts on both sides of the Chesapeake Bay for the benefit of local families in need.

The Legion Riders, through their connection with the local Toys for Tots, helped Kingsman Charities facilitate the donation.

Garth Munroe, Legion Riders director, said, “Kingsman Charities was seeking a new recipient for their donation. Since we also participate in a local event supporting Toys for Tots and since American Legion Post 175 is a collection point for toys, we offered to help them, ensuring that the toy and clothing needs of local families would be met.”