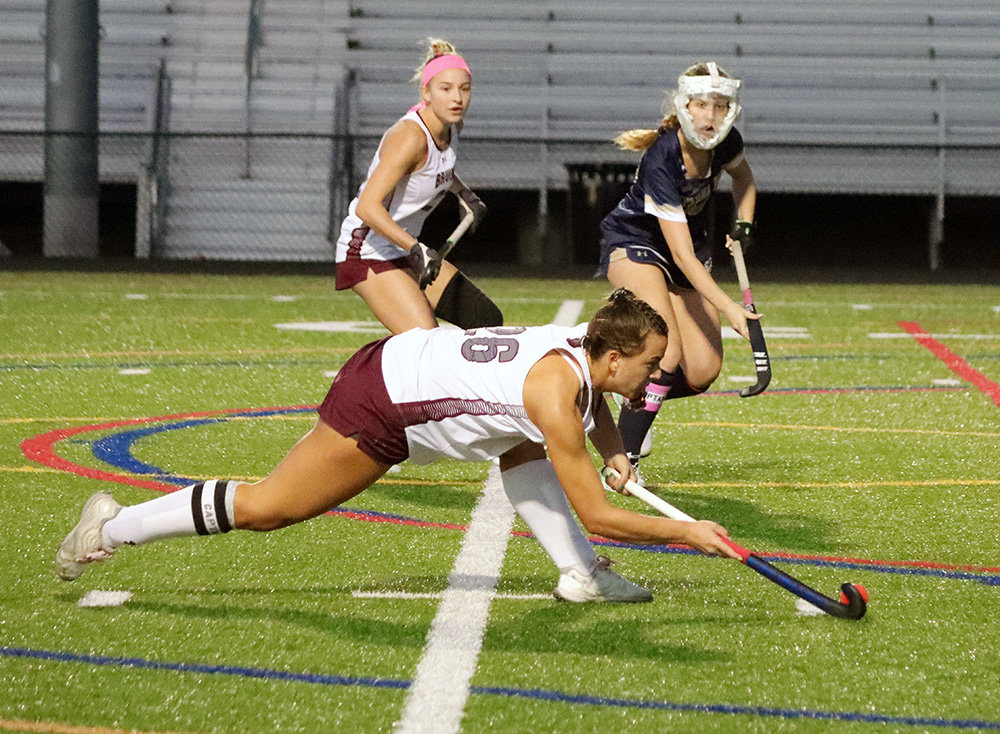 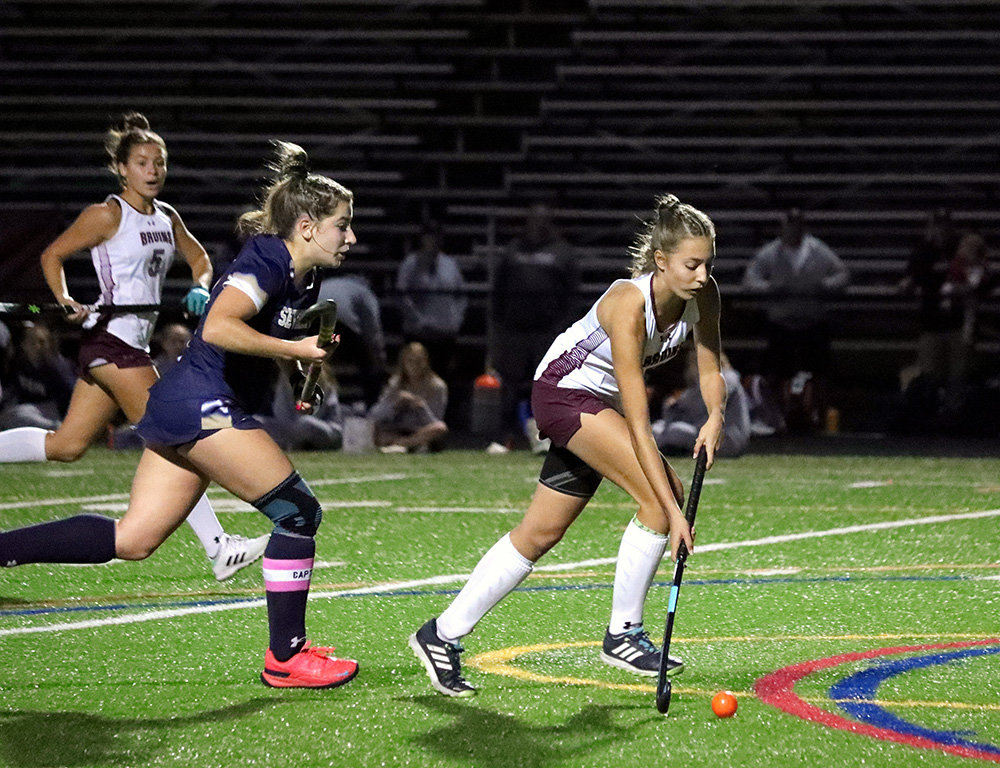 Katelyn Kearns carried the ball on her way to scoring the Bruins’ first goal.
Photos by Dennis McGinley 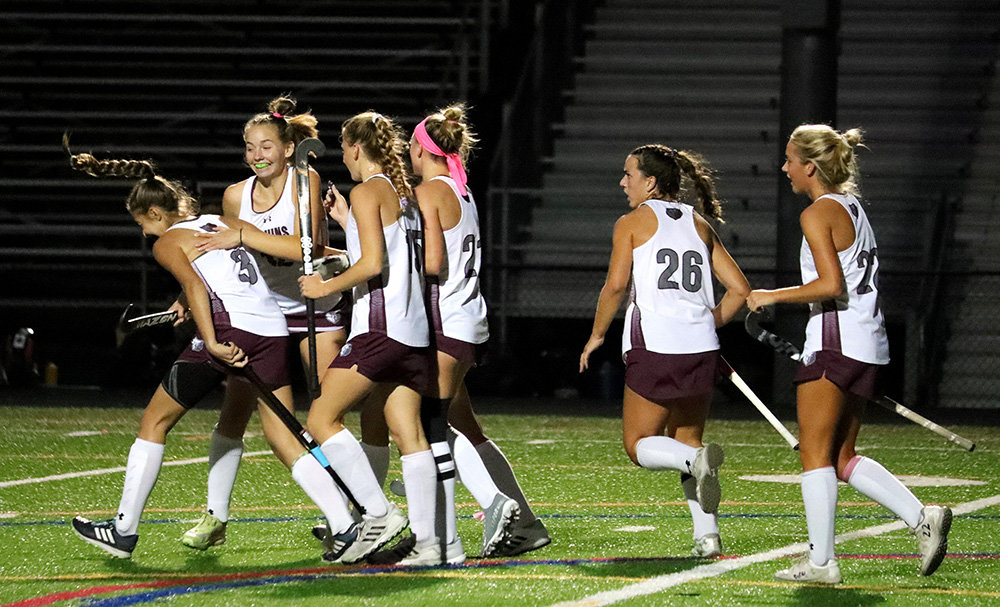 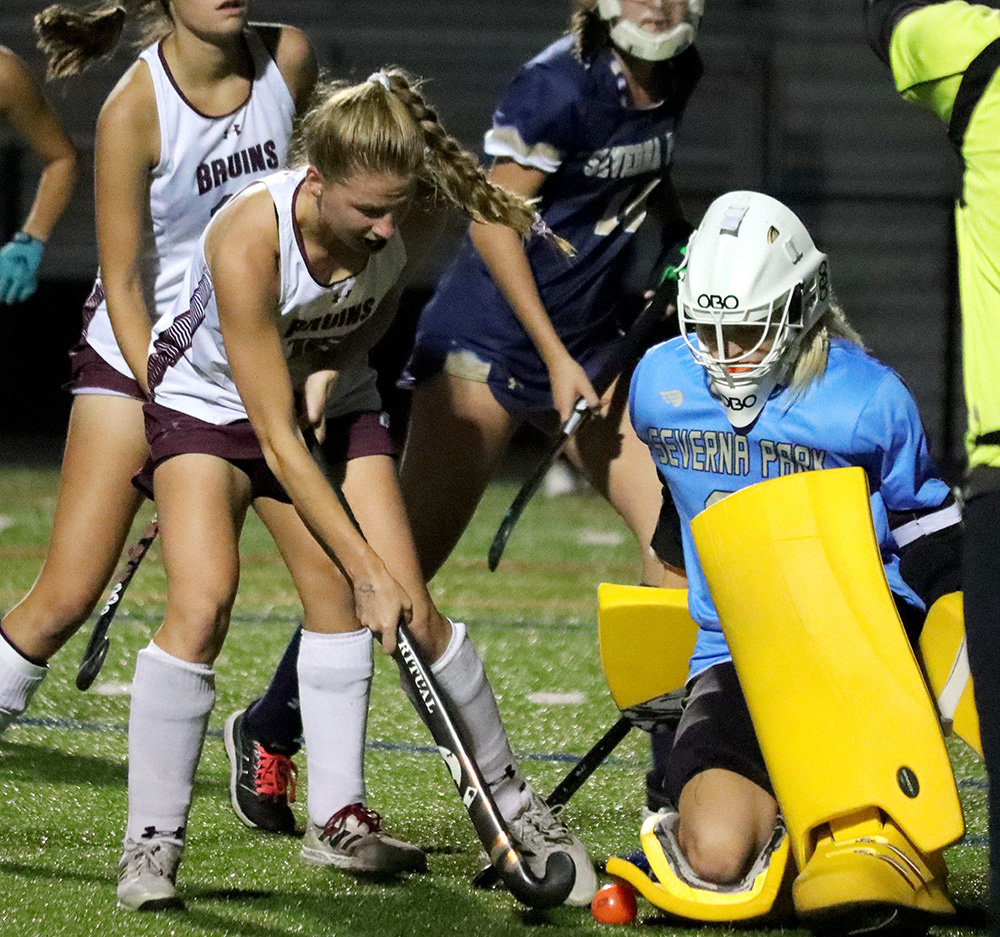 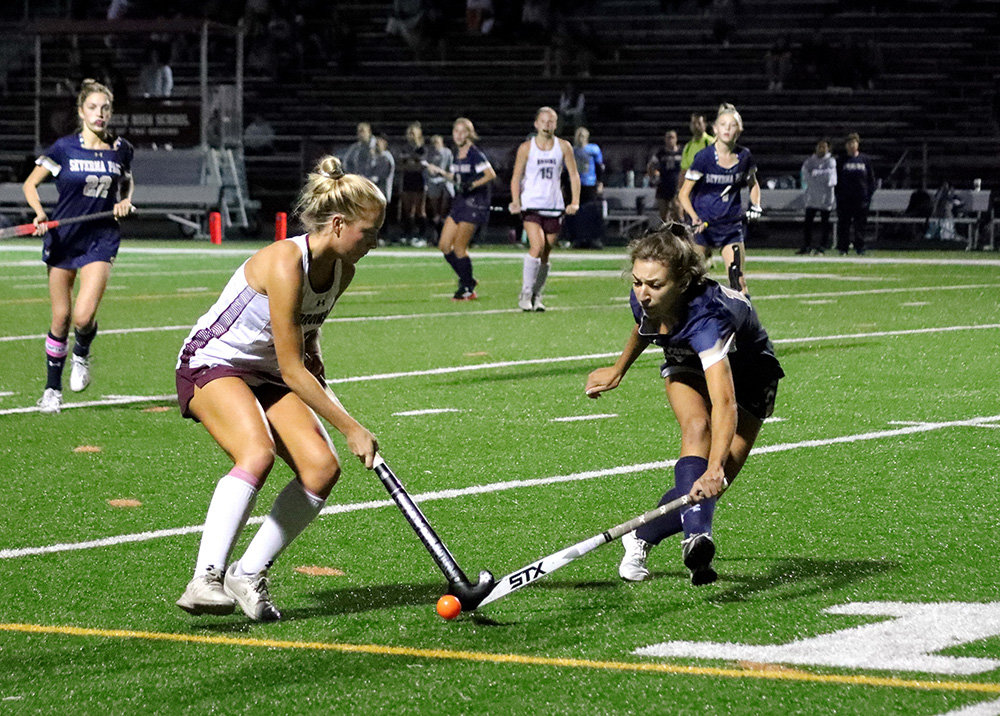 Broadneck's Lexi Dupcak and a Severna Park player battled for the ball.
Photos by Dennis McGinley 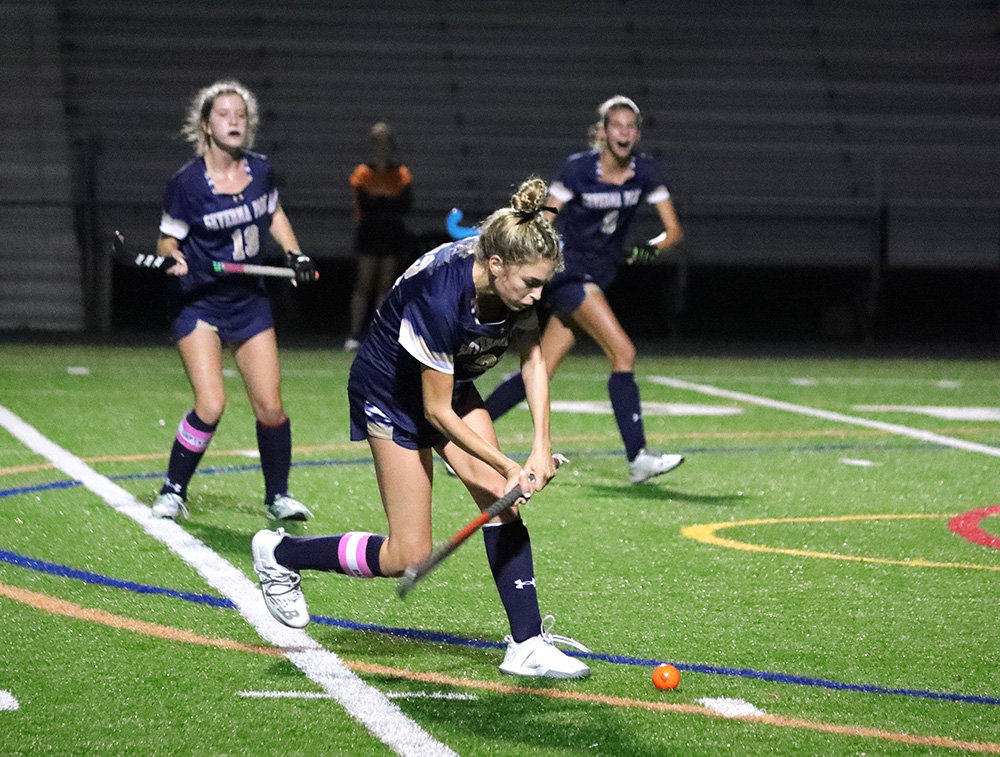 Broadneck field hockey head coach Shannon Hanratty uses the mantra of “all gas and no brakes” in referring to her team’s style of play.

“I have raw athletes who love to compete and push each other,” Hanratty said. “They always bring their best and I’m so proud of them.”

Those athletes used that pressure offense to constantly attack the Falcons defense in the first half and dominated their time of possession. The Bruins went into halftime 2-0 with goals coming from Katelyn Kearns and Zoe Bjelec.

“At halftime, we just wanted our players to settle down,” said Falcons head coach Shannon Garden. “We also had an injury to our left back Meredith Schepens, [and] we had to make adjustments to our back end.”

In the second half, the Falcons came out with renewed energy and were more aggressive. They made the score 2-1 in the beginning of the fourth quarter with a goal from sophomore Kelsey Rowe.

“We held them pretty well,” Garden said. “Broadneck has fast and quick-thinking athletes and they’re very good. I’m sure we’ll bump into them again in the playoffs and we’ll make those adjustments before then.”

Kramer had 13 saves and many were from point-blank range for the Falcons. “She made some great saves and is a top goalie in the area,” Hanratty said.

After the highly-anticipated game between these Ritchie Highway rivals, players mingled on the sideline as many of them have been on the same club teams over the years and look forward to competing in the playoffs in a few weeks.

“They are all friends after the game,” Garden said.

On the field were numerous future Division I athletes displaying their skills and showing why they were highly recruited. Broadneck had Maya Everett, who has accepted a field hockey scholarship to Maryland, and Lexi Dupcak, who is going to College Park on a lacrosse scholarship.