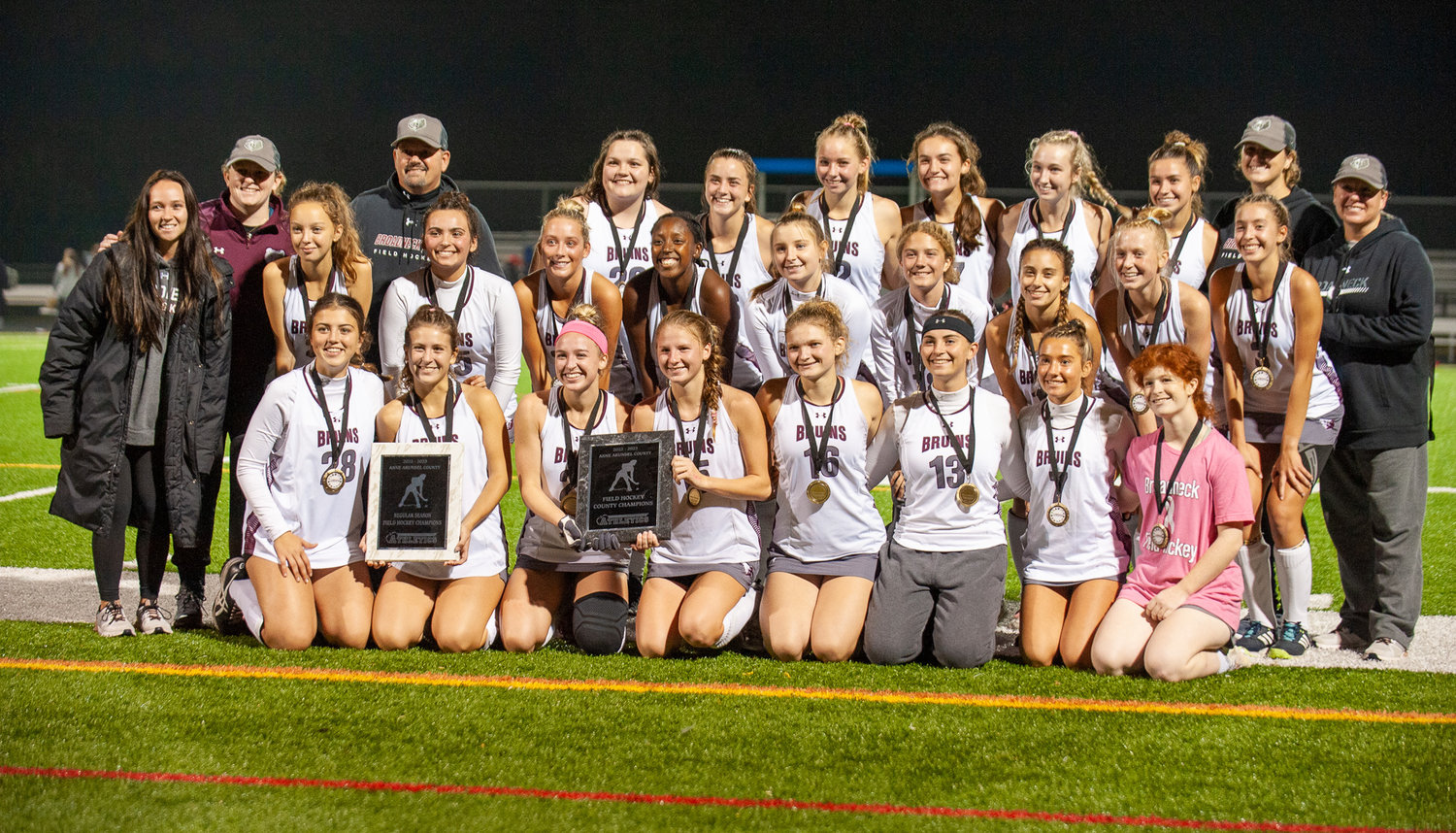 “We’ve certainly had some big scoring margins earlier in the season, but I was expecting the game tonight to be as tight as it was,” said Broadneck head coach Shannon Hanratty. “I think a lot of our kids are realistic with that too. I think that comes from their familiarity – kids all around the county play club together, they knew each other. We know that this is a very talented Crofton team and we knew they were going to come in with some different options, some different strategies, so our game plan is always to follow our game plan and play our way, but we had to prepare for different options. Tonight, we stuck to our game plan, and we were successful.”

That success started near the end of the first quarter when Faith Everett scored off a pass from Arden Hunteman to put Broadneck ahead 1-0.

“My teammates did a lot of the work and I’m proud of them for that,” Everett said when asked about the goal. “I saw Ryleigh [Osborne] go down – she’s a great keeper, so I knew I had to get around her – so I just pulled and did the easy tap-in.”

Katelyn Kears doubled the lead with 1:45 remaining in the first half after Broadneck was awarded a penalty corner.

“I was playing post, and before the game, we were like, ‘We have to be hungry and ready for the ball,’” Kearns said. “So I had to be vicious and go toward the ball. I just saw the ball loose and kept hitting it until I got the goal.”

The second half was a defensive battle. Mia Moody had four saves to preserve the shutout.

“I’ve improved mentally a lot,” Moody said. “In the beginning [of the season], I wasn’t as confident, but I have that now and I’m proud of myself.”

A sophomore, Moody felt even more confident knowing she could rely on her teammates.

“I always knew my team would pull through. They’re really good,” Moody said. “I had those few saves, but they carried me through this and I’m really proud of them.”

Several of the girls attributed their stellar regular season to a bond they formed throughout the year.

“Off the field, we clicked, so that made it so much easier on the field,” Everett said. “With coach Hanratty’s work and getting us through game-like drills, we started to connect.”

Kearns said, “We focus on the basics, we hold each other accountable, and we do a ton of team bonding, so we get closer and closer.”

Broadneck is scheduled to host South River on Monday, October 31, at 5:00pm for the 4A East Region II semifinal.

If the Broadneck girls continue to play their game, they like their odds to make a deep playoff run.

“We know that people are going to bring their best game against us, and our goal has to be to focus on ourselves and put our best foot forward every time we get to step on the field,” Hanratty said. “Playoffs really fly by, so now it’s about cherishing the days we have left and trying to get as many days as possible left together.”

Kearns and her teammates are excited for the challenge.

“Coming in undefeated does not happen a lot, so I’m a little nervous, but I trust my teammates,” she said. “We’re going to give it our all.”