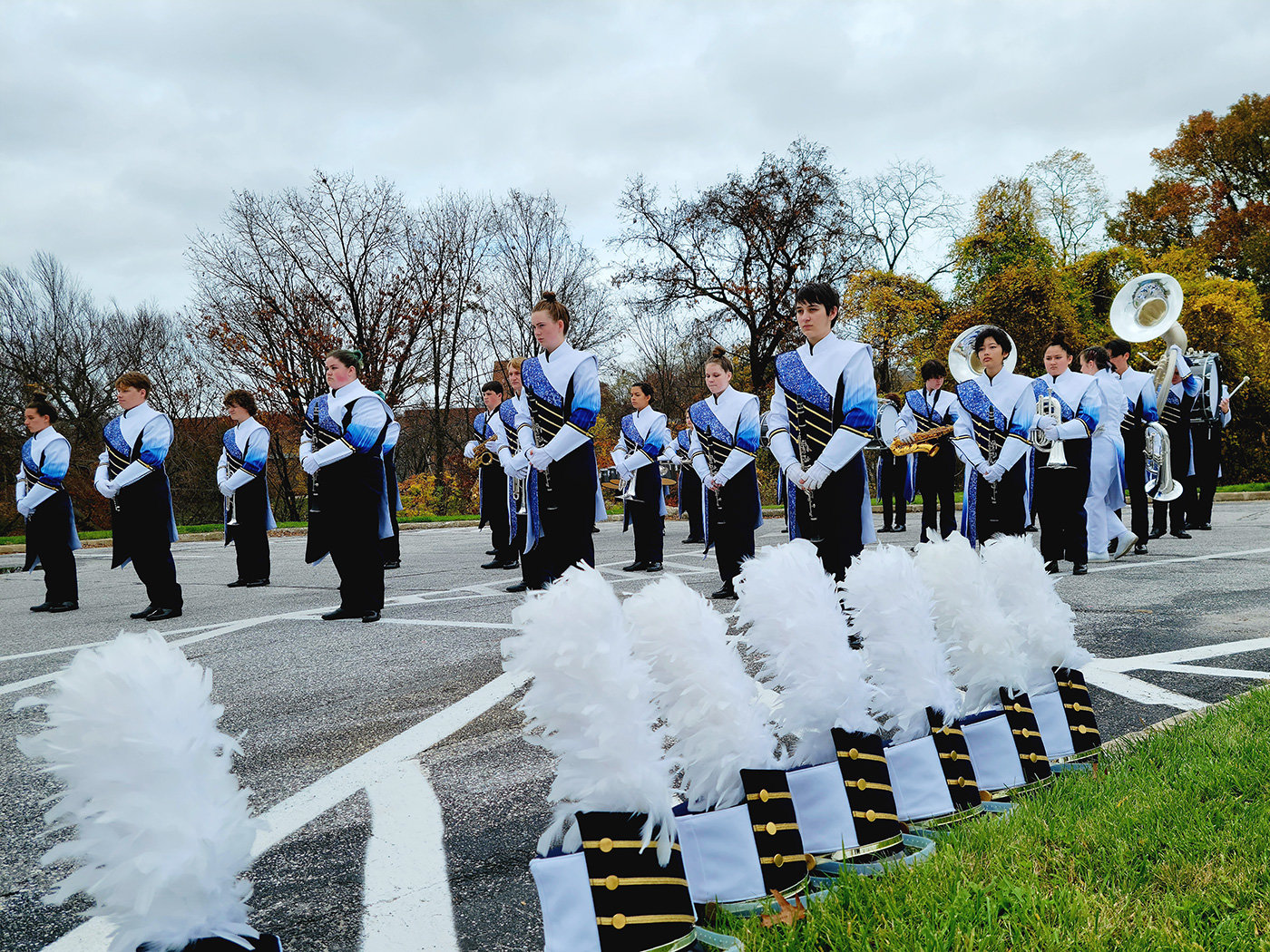 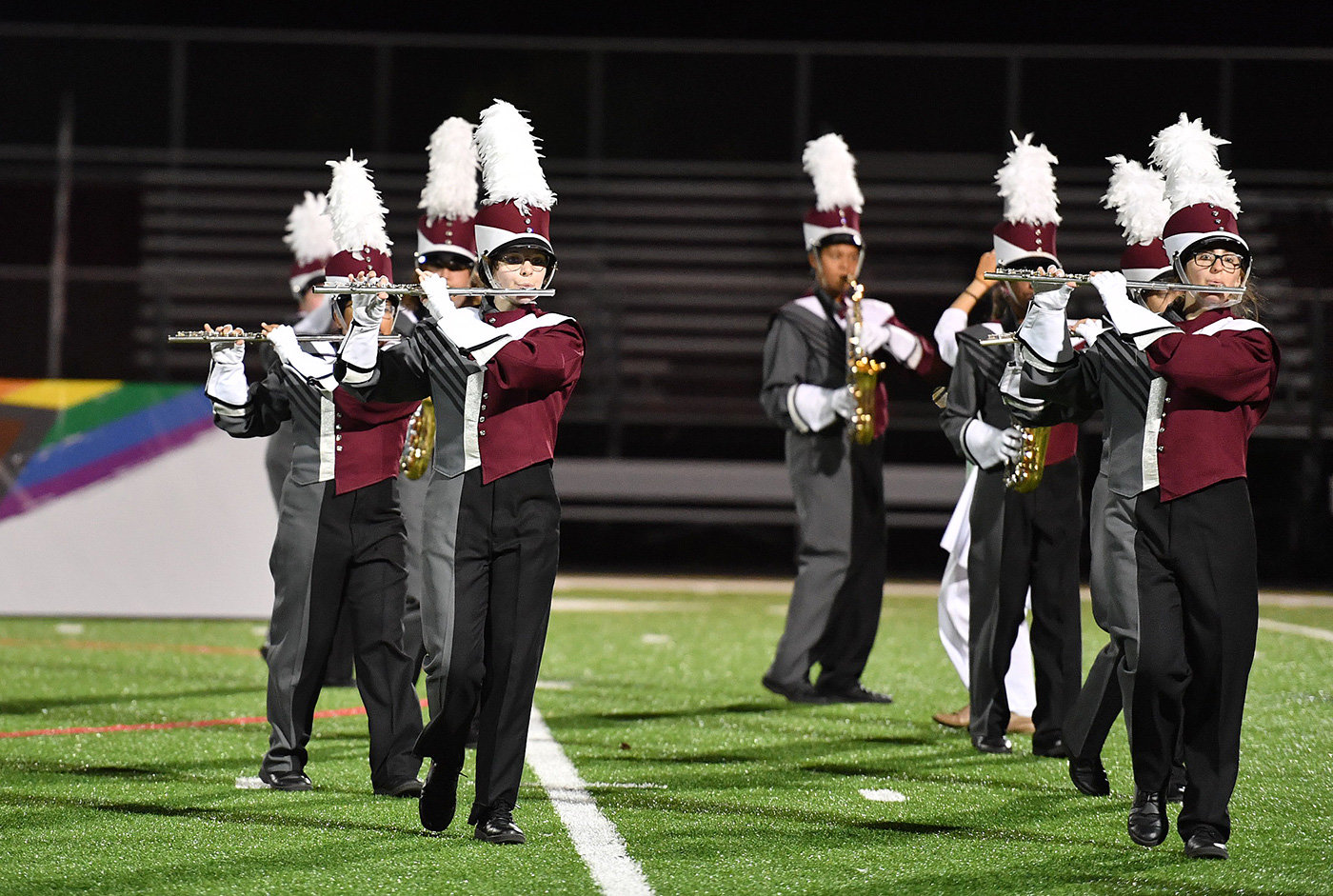 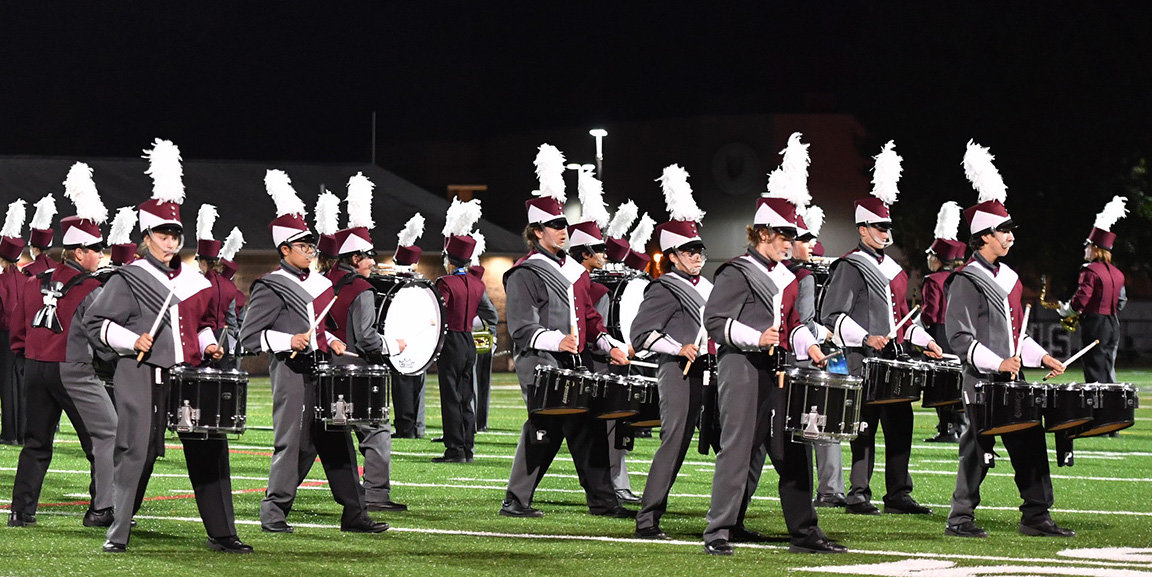 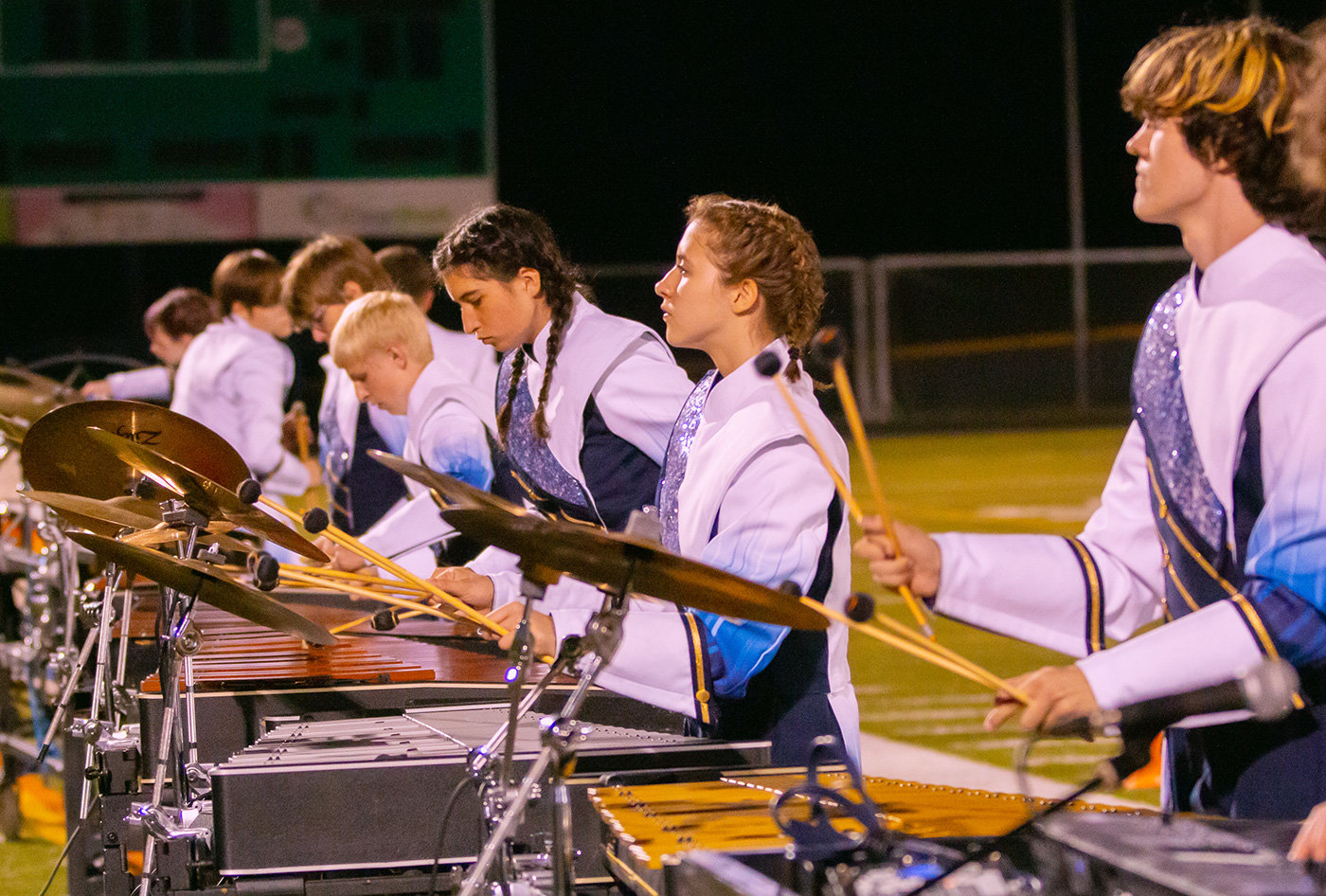 Severna Park area high schools entertained audiences at football games and competitions with their marching bands’ music and performances throughout autumn. The bands closed out their season last month at the 2022 Maryland Marching Band Association state championships at Towson University.

Marching band practice starts in the second week of August with band camp. These early practices are meant to get students back to playing after the summer.

“Marching out on the field is an art form unto itself,” said Eric Kilby, band manager at Severna Park High School. “It's a technique, and it's very difficult to do.”

After school starts, rehearsals for Severna Park High School change to evenings on Mondays, Wednesdays, and Thursdays, giving students the day off on Tuesdays and Fridays on weeks that don’t have a football game on the schedule.

“I think it's important that the kids have at least one day off during the week so they can focus on their studies and make sure they're staying on top of everything,” Kilby said.

Broadneck High School band practices are generally four or five times a week. The band usually starts with marching technique and choreography before spending the last 90 minutes focusing on the music.

For both schools, early practices prioritize perfecting the music before performance and visuals.

Instructors will usually meet to decide on the theme, songs and arrangement for that season’s marching band performances, sometimes using other band arrangements as a guide.

“We listen to a lot of different arrangements and pieces and try to come up with some ideas that way,” said Matt Heist, Broadneck High School’s band and percussion teacher.

Schools will sometimes reach out to professionals to help craft performances.

“We have some arrangers that we use, so a lot of times, I'll reach out to them, and they'll send me stuff that they have done, and we'll listen and decide if any of that would be good,” Heist said.

Kilby decided to try something different this year at Severna Park. He held a meeting with returning students after winter break and challenged them to come up with ideas for this season’s performance.

The Falcons from Severna Park came up with their “Intergalactic” show shortly after, prompting Kilby to conduct research and come up with music for the show. The students next hashed out the storyline to accompany the music.

The performances started with Earth-themed music and visuals. Each subsequent part journeyed further out into space.

Broadneck High School’s theme was “A New World,” a performance meant to play on, and musically combat, COVID-19 and some of the political divisiveness.

“The idea was tried to create a really positive concept, both musically and visually, this idea of coming together,” Heist said.

Severna Park High School hosted Marching in the Park this year, which is a competition with more than 20 high school bands.

The event also featured participation from former and future Severna Park band members as the marching band performed the national anthem with the assistance of “Future Falcons,” which are band and orchestra students from area feeder schools at the elementary and middle school levels, as well as some alumni.

Broadneck High School hosted the annual county exhibition in October, when schools performed their shows for one another.

“That was a big, important moment for our community, and our students enjoyed having other schools come to Broadneck,” Heist said.

At the state championships, Broadneck snagged top honors in class 4A, and Severna Park came in seventh place for class 3A.

“There were some other really good bands there this year, and it was nice to have for the kids to get the validation of all the hard work that they put in,” Heist said.