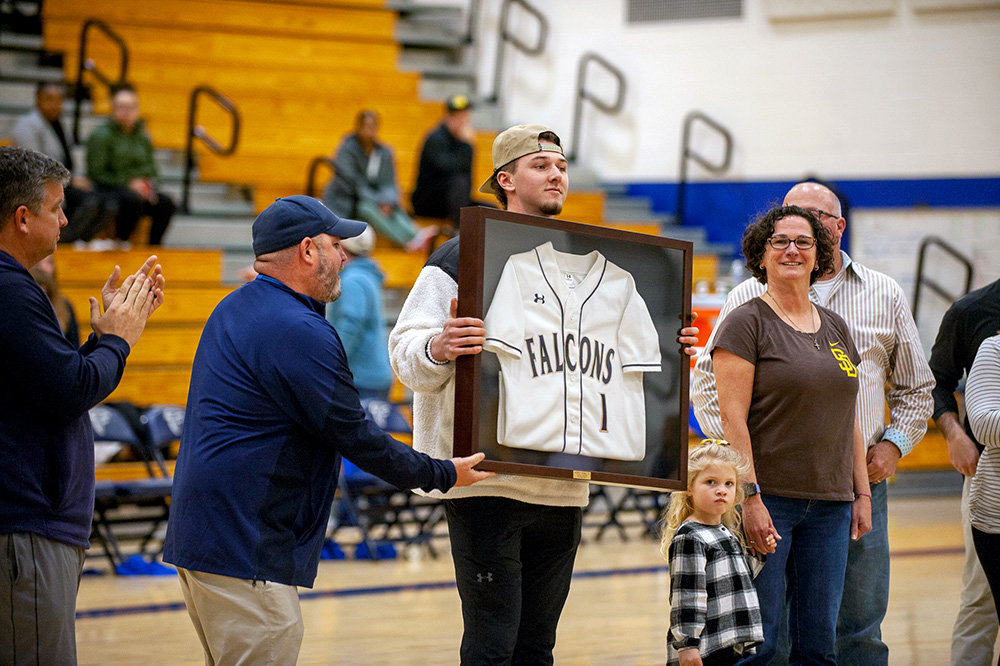 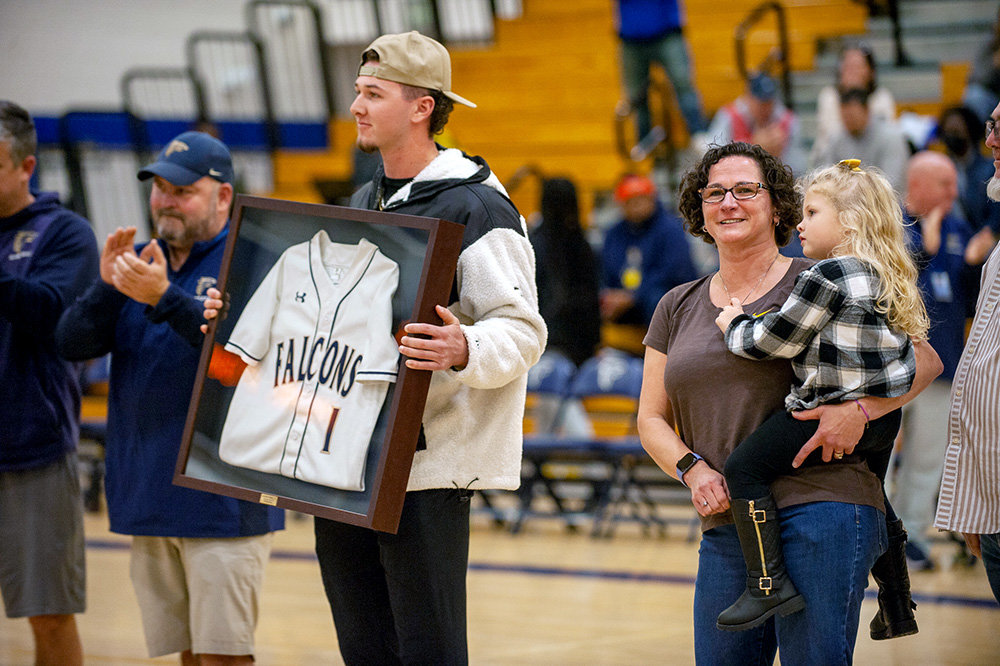 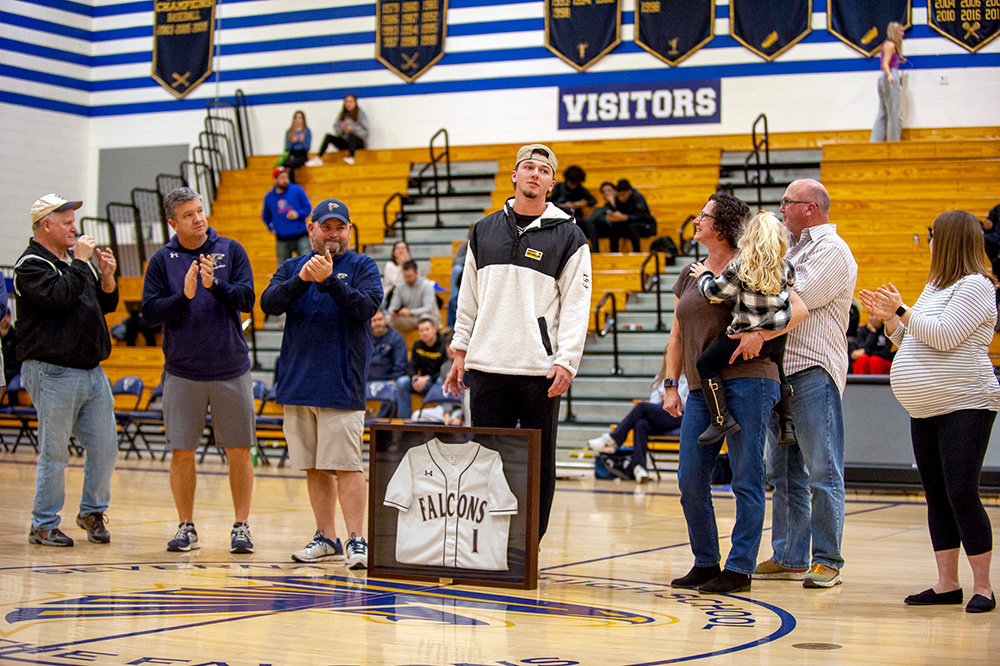 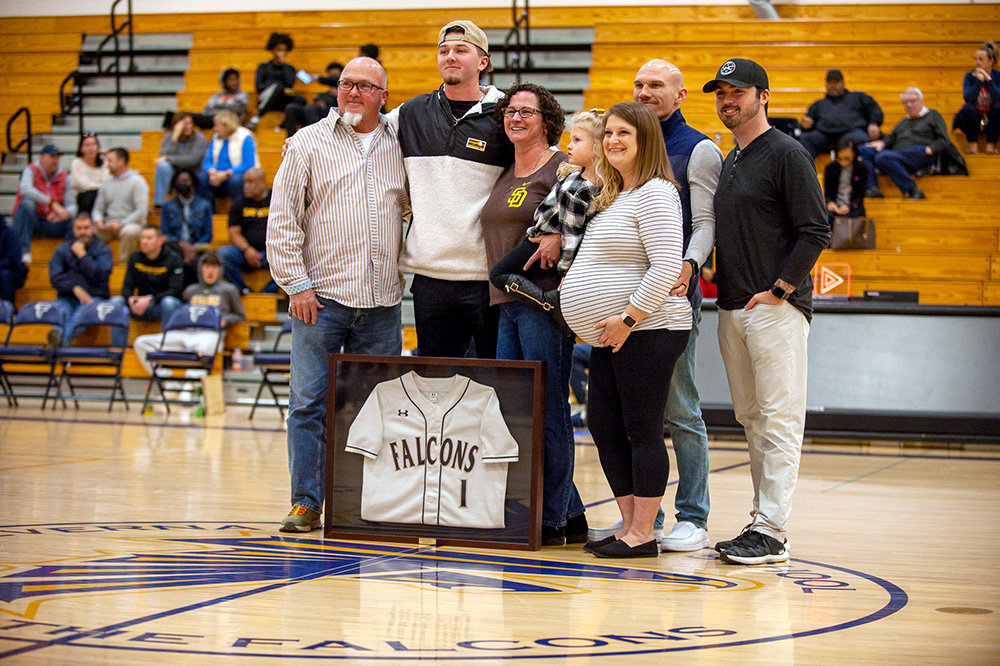 Severna Park High School retired the jersey of its former record-setting shortstop and current San Diego Padres prospect Jackson Merrill during halftime of the boys varsity basketball game on January 13. After being selected in the first round of the  Major League Baseball draft in 2021, Merrill batted .339 last season in 227 plate appearances for the Lake Elsinore Storm, a Padres Single-A affiliate. Merrill is considered the Padres’ top prospect, and in Major League Baseball’s most recent Top 100 prospect rankings, Merrill was listed 83rd with the expectation that he will advance even higher as he progresses through the minors.