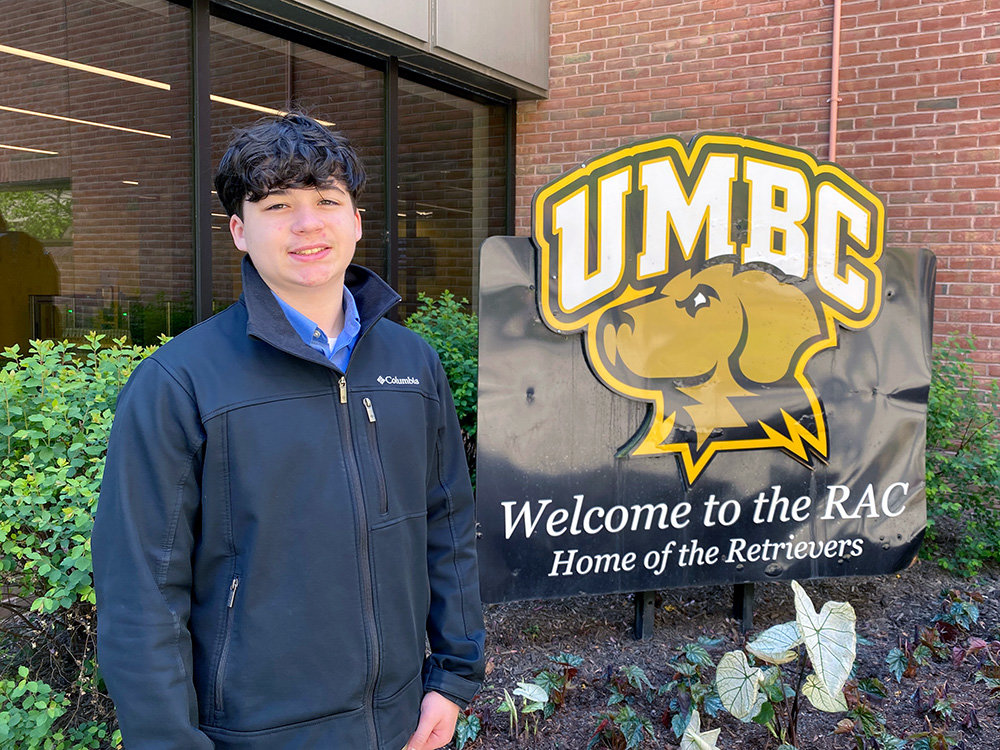 Jonah Kadlec was among the students who participated in a History Day competition on April 30 at University of Maryland, Baltimore County.
Photo by Lauren Cowin
Posted Thursday, May 12, 2022 4:47 pm
By Lauren Cowin

Competing in the individual documentary category, Jonah produced a nine-minute video on the history of the Chesapeake Bay Bridge.

“One of the biggest obstacles to the state’s unification has been a physical one – the Chesapeake Bay, the largest estuary in the United States,” Jonah voices in his film. That history, along with recent local news as the Bay Bridge approaches its 70th anniversary this summer, prompted him to choose this topic.

“It got me thinking about my own family, because I grew up on the Western Shore and my mom’s family is on the Eastern Shore, so when we go over there, we have to cross the Chesapeake Bay Bridge,” Jonah said.

Jonah said that one of the most interesting parts of his research was learning the political backstory and ramifications. Former Governor William Preston Lane Jr., who championed its creation and for whom the Chesapeake Bay Bridge is named, introduced a state sales tax in order for all Marylanders to help pay for the project, ultimately costing him his governorship.

Research on his documentary began in the fall, and his dad, Jeremy Kadlec, estimates that overall, Jonah spent hundreds of hours on this project.

“Jonah worked extremely hard to get to this point,” Kadlec said.

Tracy Alexander, Jonah’s history teacher, agrees. “Jonah is a super kid!” she said. “He really worked hard on this project. Kids at the school, teachers and his family are so proud of his work.”

This was Jonah’s first foray into filmmaking.

“I’d like to do it again; it was really interesting, but I’d want to do it with other people instead of just myself,” Jonah said, adding that recording the narration alone took approximately four hours.

Jonah is currently an eighth-grader at St. Martin’s-in-the-Field Episcopal School and will attend Archbishop Spalding High School next year.