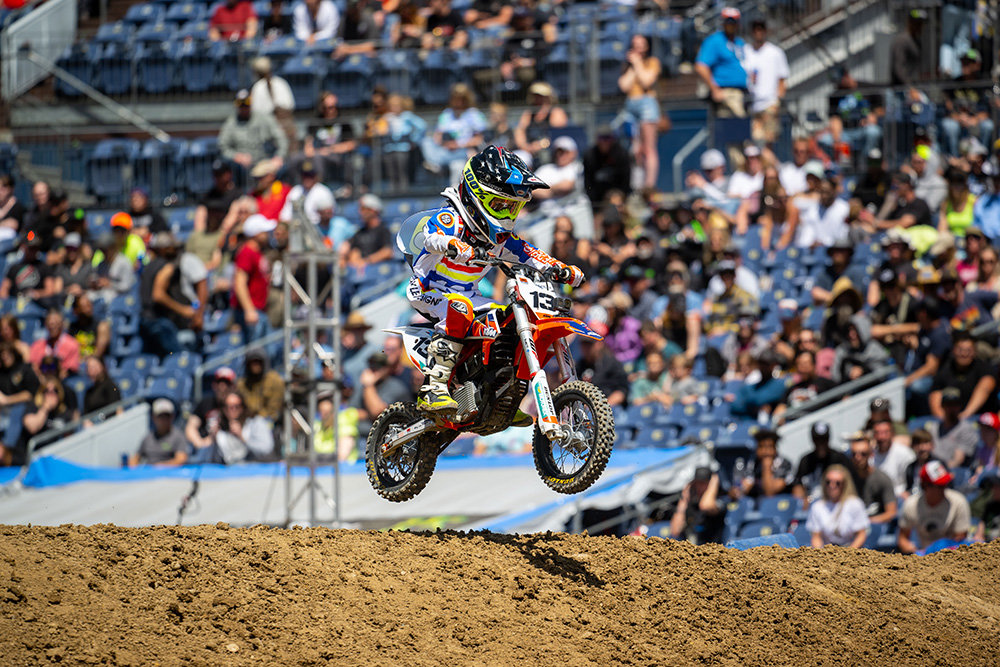 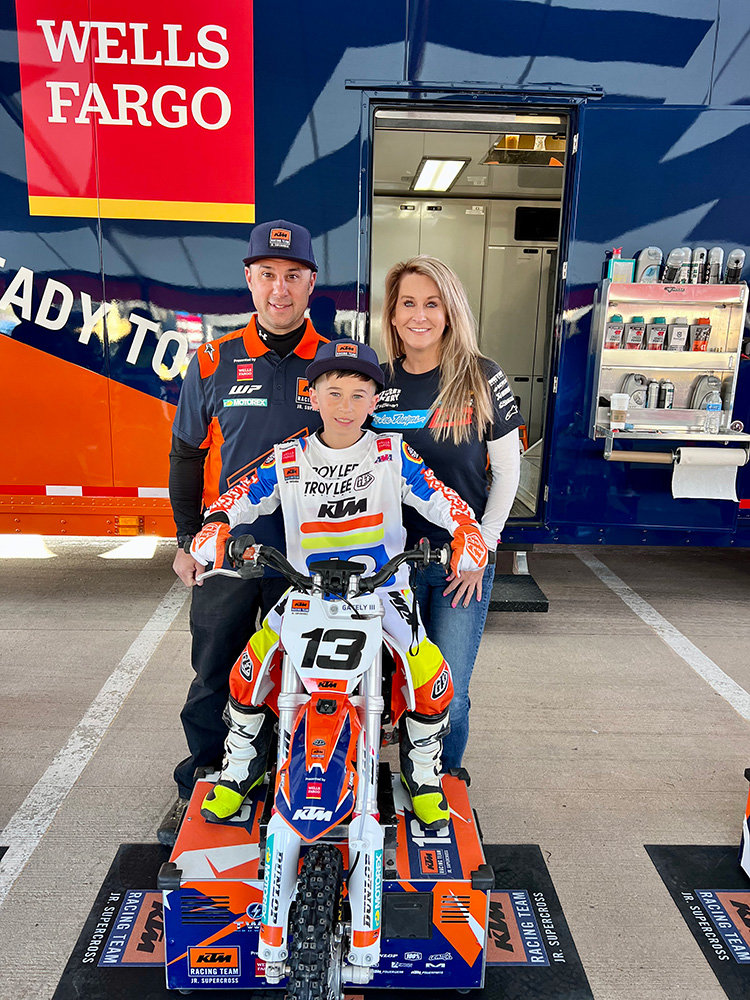 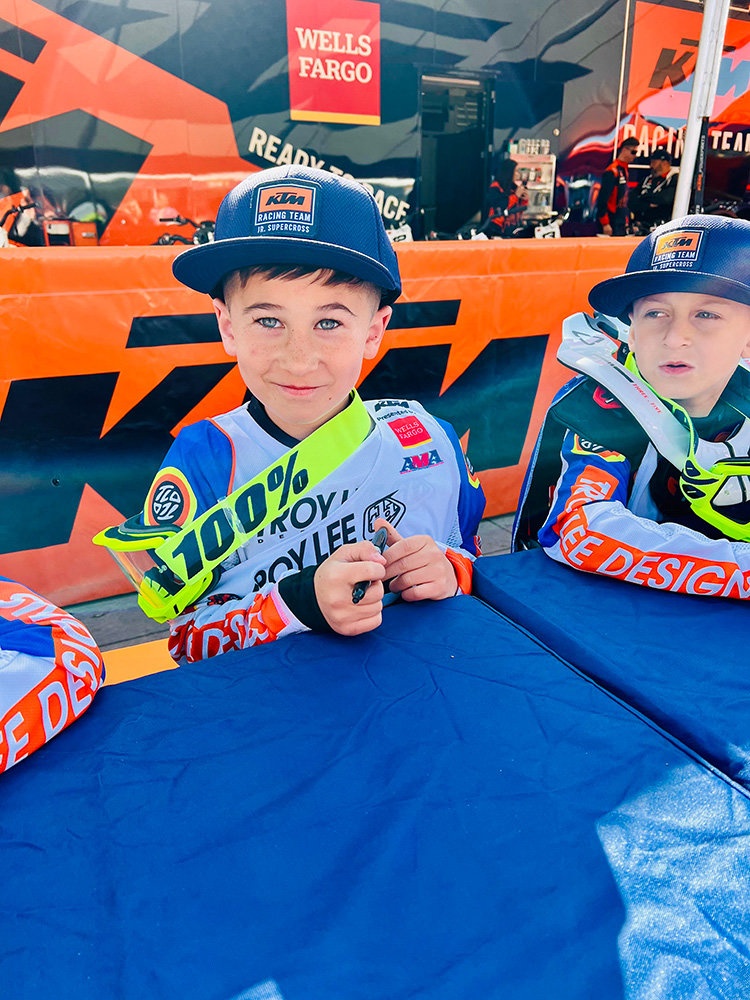 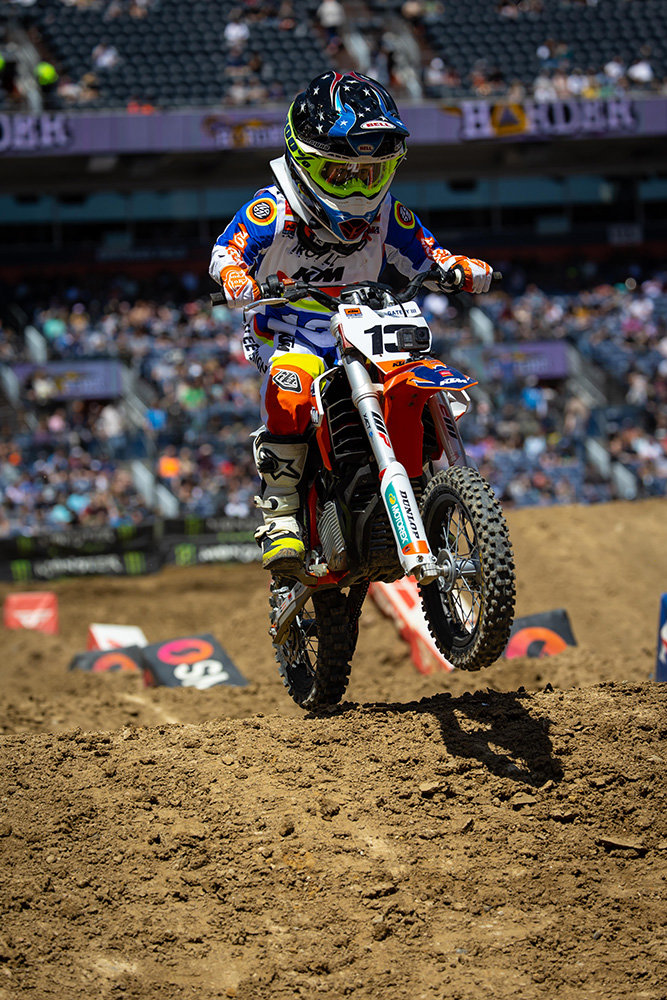 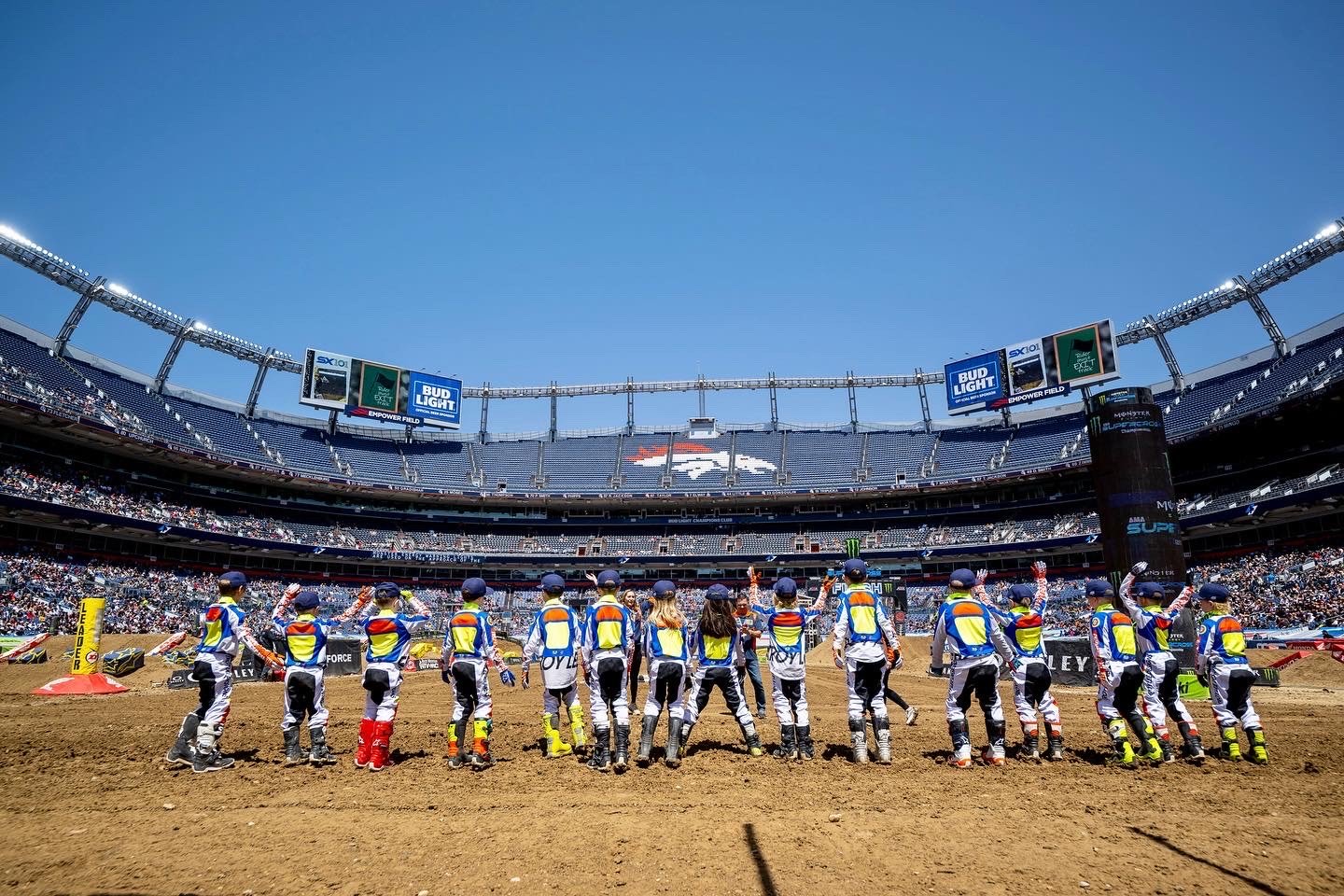 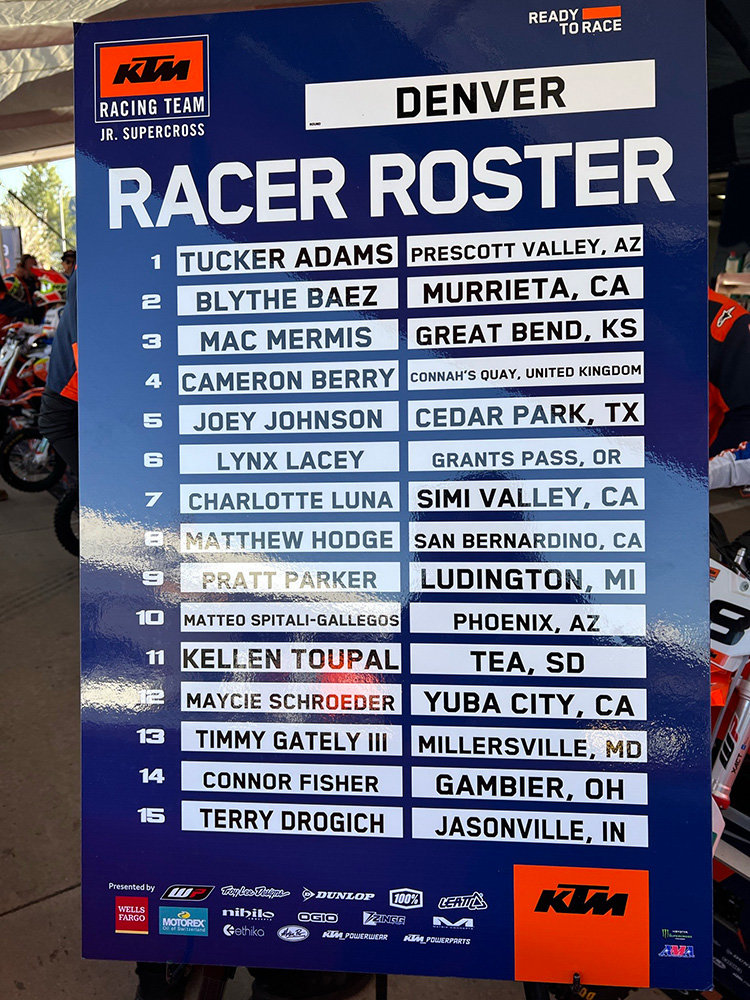 Eight-year-old Timmy Gately III of Millersville was one of 15 kids ages 7 to 8 selected by the KTM Junior Supercross program to participate in an exhibition race at Empower Field at Mile High in Denver, Colorado, on April 30. Timmy and the other racers each got to ride a new 2022 KTM SX-E 5.

“These young racers were treated like factory racers for a day and raced on the same track the professionals raced on that day,” said Timmy’s mom, Deanna Goshorn-Gately. “They had an autograph session for fans, participated in the opening ceremonies, and were outfitted and gifted with all new gear. The event also aired on NBC and streamed on Peacock.”