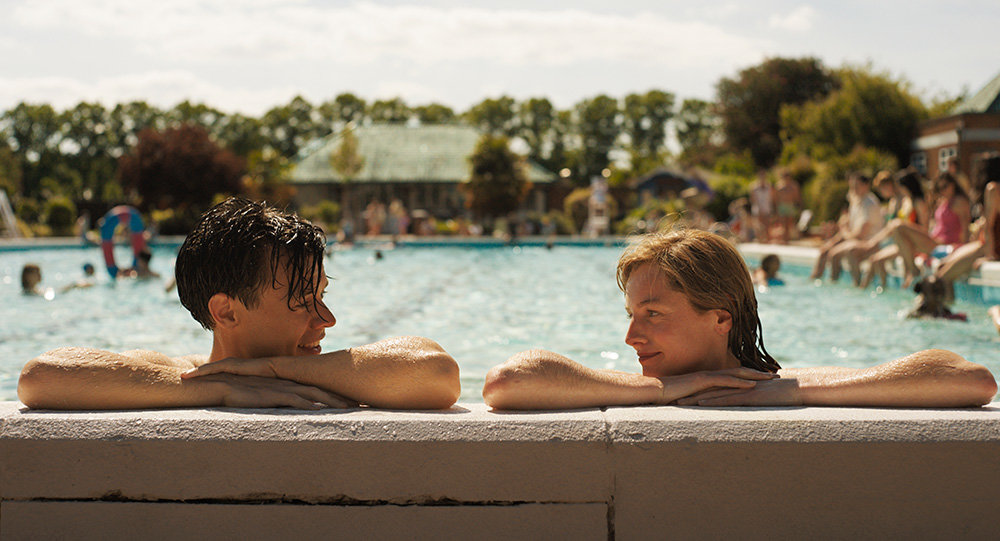 In “My Policeman,” Harry Styles (left) plays a policeman named Tom who loves his wife, Marion, but not in a particularly physical way.
Photos courtesy of Amazon Studios 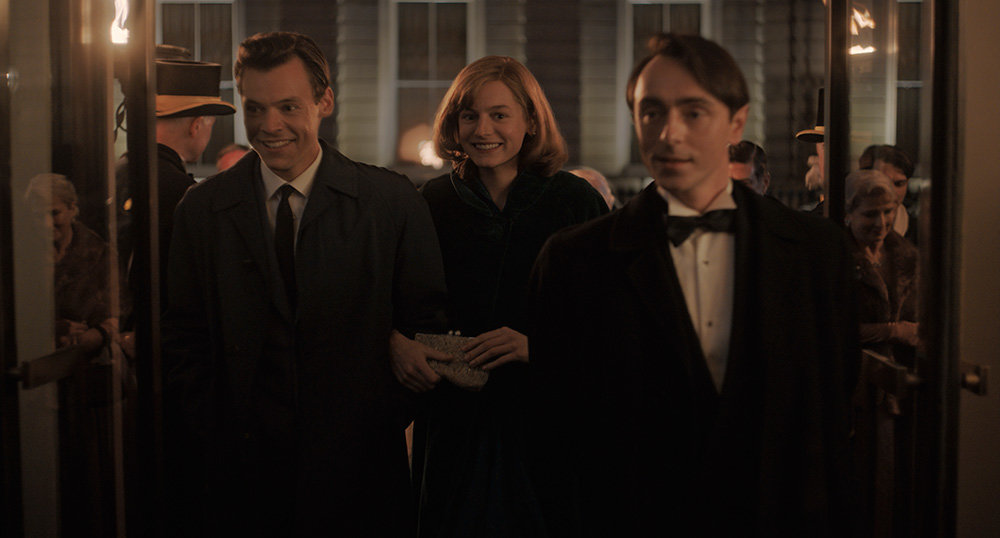 I am a rather slight, traditionally feminine woman, and thus, I’ve often been questioned about the tattoo emblazoned on my left shoulder in a tall and serious script, which reads, “Quiet desperation is the English way.” It’s a lyric from the British rock band Pink Floyd, and it gave me chills the first time I heard it. It rang so true that I remember physically stopping what I was doing to sit down and listen more closely.

As an American who has lived in Britain for many years, and wishes to become a British citizen, I’ve given a lot of thought about what it means to be English. While it is in some ways a stereotype — the “stiff upper lip” — and modern Britain is very different from the Britain that kept calm and carried on in World War II, there is certainly still a remnant of stoicism in English society. There are still many English people who put duty, tradition and the “proper” thing to do above their own feelings and needs. I found it rather difficult to adapt to life here, a place where expressing your emotions with candor is sometimes considered poor taste.

“My Policeman” has been panned by critics, and I find this deeply unfair. I wonder if many of the critics are American. The actors have been accused of giving a halfhearted effort, of falling flat and lacking passion, but they are not guilty of disinterest; they’re only guilty of being English.

The film is incredibly English and is set in one of the most English places I can think of: Brighton. Perhaps this was a deliberate choice for a film featuring a gay character as Brighton is now known as an inclusive place. The main love interest, Patrick, reminds me of Zack Pinsent, a famed local character in Brighton who dresses only in period clothing and is openly gay.

In “My Policeman,” Harry Styles plays a policeman living in the 1950s who clearly has traditional values, but he’s also a closeted gay man and deeply uncomfortable with who he is. The story is, by the numbers, a sad and familiar situation to many gay people. Styles’ character, Tom, loves his wife, Marion, but not in a particularly physical way. Tom also loves a man named Patrick, but he can’t admit that to himself. He barely can admit he is gay and knows he can’t openly be with Patrick. Marion is deeply jealous of the affection her husband can never give her, but she also feels sympathy for him and for Patrick. It’s a situation, as Marion puts it, where “nobody wins.” One is reminded of Phillip Schofield, presenter of the British breakfast show “This Morning,” coming out as gay a few years ago. Members of the public were mostly happy for Phillip but also felt sorrow for his poor wife and children.

To call “My Policeman” understated would be, well, an understatement. In many ways, it reminds me of an English “Manchester by the Sea.” There is so much tragedy and so many emotions just dying to come to the surface, but they rarely do, if ever. Everyone keeps quiet and keeps going for as long as they physically can, showing as little feeling as they can, because that is what you are supposed to do.

Styles has been getting a lot of flack for his acting lately. I remember being struck by how convincing he was in 2017’s “Dunkirk,” and was excited to see him continue his acting career. It is true that he could have been better in “Don’t Worry Darling,” where he came off a bit emotionally constipated, but he wasn’t bad. It didn’t help that he was opposite one of the greatest actresses of our time, Florence Pugh, and he was playing a character I can’t imagine Styles connecting with much (namely, a Jordan Peterson-loving Incel). Styles was perfect in “My Policeman” and I strongly disagree with those who feel he’s not up to scratch. He played a conservative, repressed, conflicted man, a man who upholds the law with pride on the one hand and breaks it surreptitiously on the other, a man who is both gay and homophobic, and he played him well.

I wonder if Styles connected more with this character than previous ones as he has rather famously refused to label himself or be open about his sexuality, when it’s so obvious to us in the gay community that he is one of us. He’s made it clear that labels don’t matter to him, and some in the community commend that attitude. But there’s always been a part of me that wonders if this man from a small town near Birmingham, suddenly thrust into superstardom as a child, wants to be open (he tries to be, with the way he dresses, the parts he takes and the songs he sings) but finds himself unable to fully be so, and carries some kind of misplaced shame. Who knows? I don’t know the man; perhaps he just values his privacy, and fair enough, but I thought he was an excellent casting choice and he should absolutely be given more acting opportunities.

“My Policeman” is a film that quietly breaks your heart and is well worth viewing. It gives a voice to people who are famously reserved but deserve to have their story told. The film is streaming on Amazon Prime November 4.