“Newsies” Musical At Broadneck Will Encourage Audiences To Seize The Day 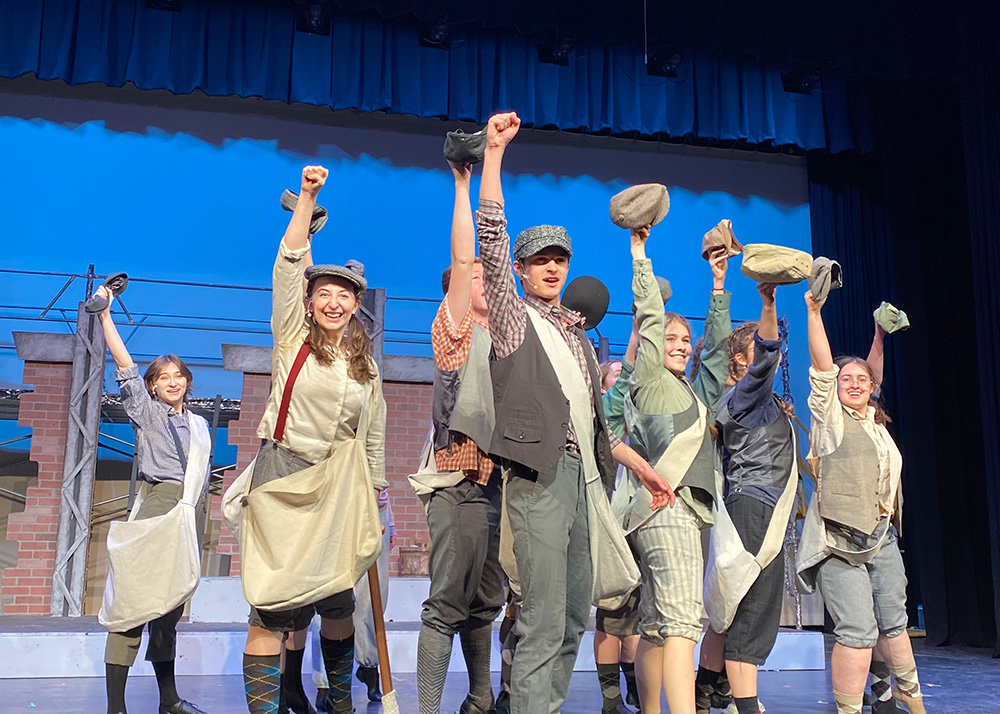 About 50 students make up the cast of Disney’s “Newsies” at Broadneck High School.
Photos Provided 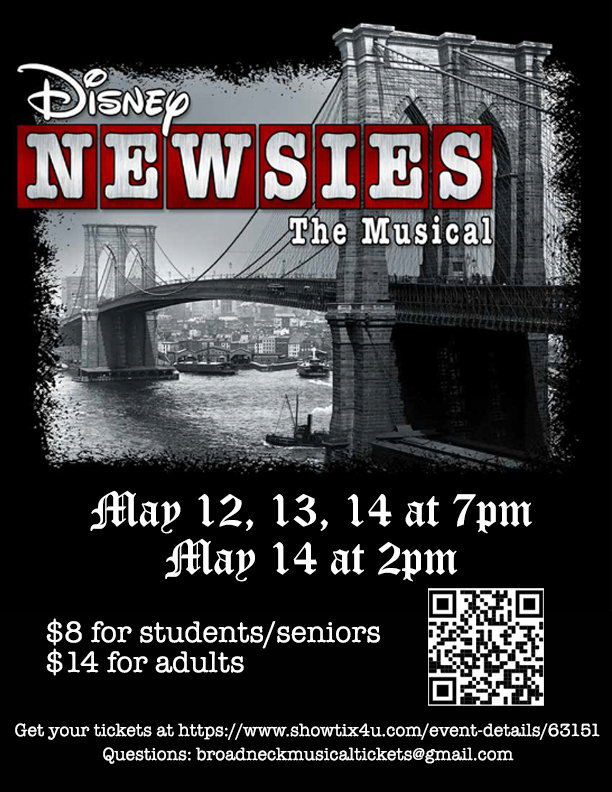 For years they've delivered the papers. Now they're about to make the headlines.

Talented students at Broadneck High School will portray a dedicated group of newspaper salesmen when the school presents its spring musical, Disney’s “Newsies,” from May 12-14.

The story features Jack Kelly, a charismatic leader of teenaged newsies in New York who go on strike after distribution prices are raised at the newsboys’ expense. Based on the Broadway musical and 1992 film, “Newsies” features a Tony Award-winning score by Alan Menken and Jack Feldman.

Bringing the show to life is a cast of experienced actors.

Keely Sigler portrays Davey, a girl instead of a boy in the Broadneck version of the show. Before this role, she performed in “Children of Eden,” “Into the Woods,” “Aladdin” and Broadneck’s 2021 fall musical, “White Christmas.”

“I wanted to audition because it’s a big cast and ensemble show, a great community show, and my last high school performance,” said Keely, a senior. “In ‘White Christmas,’ my role was Rhoda, a very ditzy, funny relief character with no singing. This was a different challenge.”

“Newsies” has also offered fun challenges for junior Andy Rollins, a former Children’s Theatre of Annapolis standout who has performed in “Beauty and the Beast,” “Peter Pan” and “Tarzan.” In “Newsies,” he plays the lead role of Jack.

“For Jack, I’ve been watching other people, like Christian Bale in the movie and Jeremy [Jordan] in the Broadway show, seeing their mannerisms and how they played the character,” Andy said. “I also practiced a New York accent for about a week.”

A self-described method actress, sophomore Mia Novak has taken her preparation to another level to prepare for her role as Katherine.

“Katherine is an independent woman and she smiles a lot. I’ve been smiling at people and they think I’m insane,” she joked.

Mia has performed in middle school theater and in the community. She was the beloved orphan in “Annie,” Cinderella, Ariel in “The Little Mermaid,” and Martha Watson in the fall musical, “White Christmas.” She is also preparing for a role in “Happy Days” at Pasadena Theatre Company this July.

“Singing, this was very much out of my range, but I’m getting there,” she said, a week before “Newsies” opened.

All three cast members are excited to show off their vocal chops, most notably in “Once and For All” and “King of New York,” which will showcase talented tap dancers.

“For me, ‘Santa Fe’ is known as being one of the most challenging songs to sing in theater,” Andy added. “I have been figuring out how to hit the notes and it’s been a huge challenge.”

The show promises to entertain while sharing a positive message with audiences.

“With power, energy and a will, people can accomplish anything they want,” Keely said. “I hope they feel inspired and ready to seize the day.”