One Year Later, “Shrek: The Musical” Takes Stage At Toby's 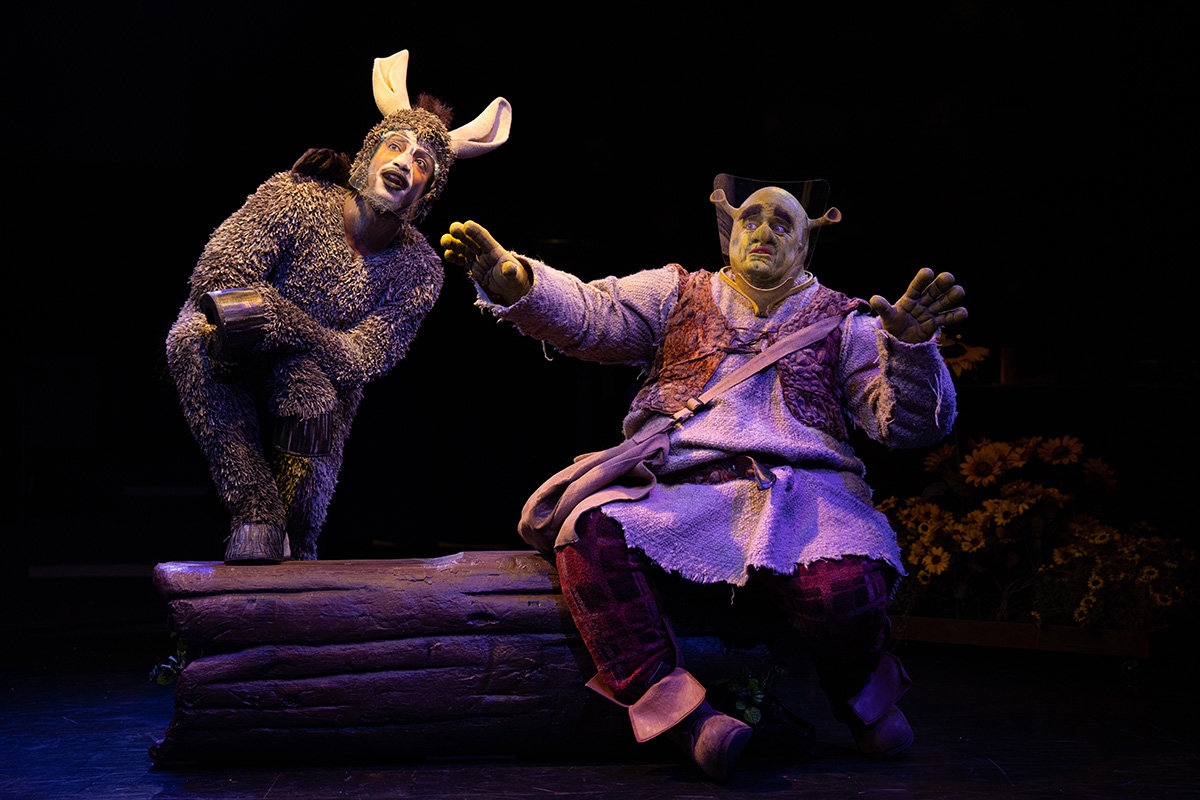 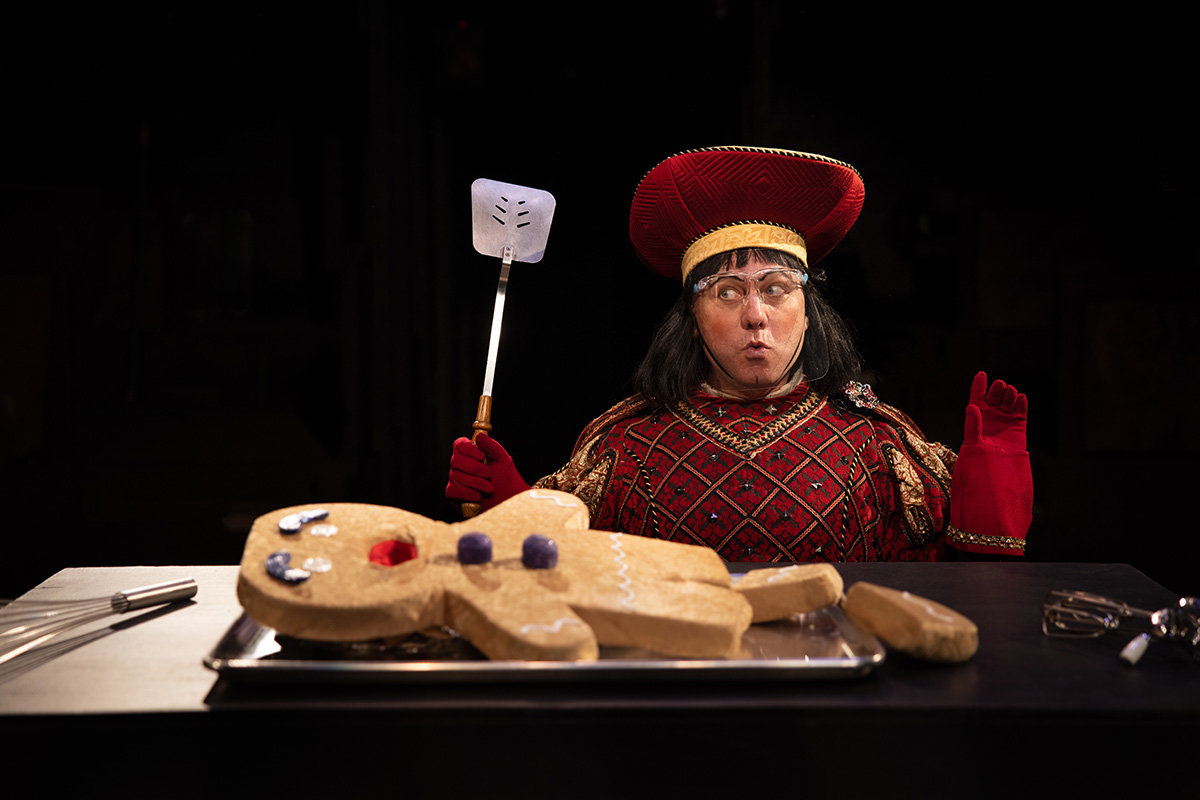 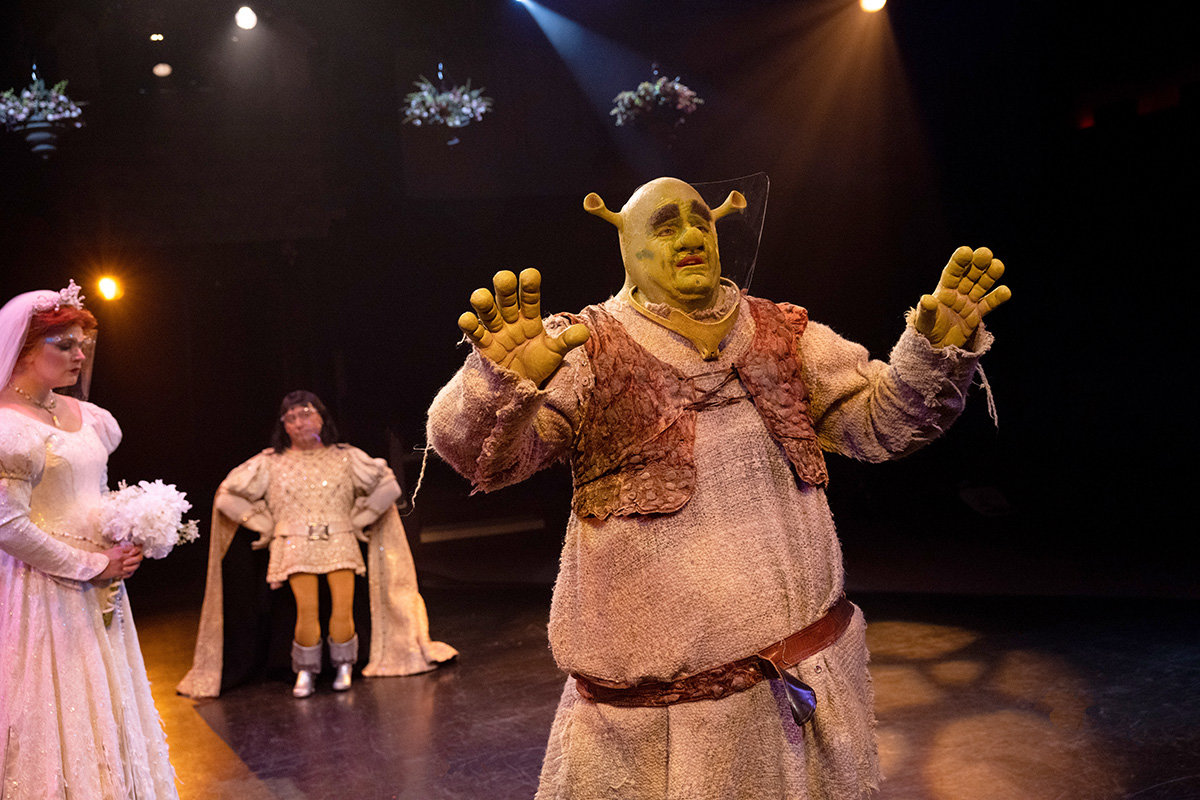 Russell Sunday was eager to get back to acting and playing the lead role of Shrek.
Photos courtesy of Jeri Tidwell Photography
Previous Next
Posted Tuesday, April 6, 2021 12:10 pm
By Dave Topp

On March 13, 2020, the spread of the coronavirus saw businesses across Maryland and the rest of the country shut down. One week away from the opening night of “Shrek: The Musical,” Toby's Dinner Theatre in Columbia was forced to reschedule its much-anticipated performance, with no clear date for its return.

"We were itching to get back," said Russell Sunday, who plays the lead role of Shrek.

Then, on March 23, 2021, with clearance from Howard County officials, Shrek, Lord Farquaad, Princess Fiona and the rest of the merry cast made their long-awaited return to the stage.

"To say that I was proud of everyone is an understatement,” said Mark Minnick, an associate producer at Toby's. “I gave an opening night speech and could hardly get my words out. I was so choked up. There's nothing like live theater."

Sunday added, “The adrenaline rush and all of those feelings came rushing back.”

Along with the many precise cleaning and social distancing measures necessary to reopen, one of the more unique challenges that the cast faced was how to handle spacing on and off stage. Because of this, the original cast of 24 was reduced to 11.

"As artists, we are like a lot of other people, just really resilient and adaptable," said Sunday. "I'm grateful; there are thousands of actors who are not back to work."

Sunday has been performing live theater for more than 30 years, while appearing in more than 50 shows at Toby’s in his career.

Since opening night, the local community has turned up with increasing support of Toby's and its live performances.

"It was very entertaining," said Gayle Annis-Forder of Sykesville. "The theater is set up in such a way that even if you are in the back, you're still close."

Current regulations allow for 50 percent capacity at Toby's. While considering actors and staff, this allows for about 100 audience members per show. When at full capacity, without restrictions, Toby’s seats up to 300 guests per show.

"The fact that we are doing our best to bring it back as safely and smartly as we possibly can is incredibly rewarding," said Minnick.

Early attendance figures have seen a steady incline and Minnick believes that is a sign that the community is ready to be back enjoying live theater.

Along with a two-and-a-half-hour performance, those in attendance will also be treated to a plated dinner prior to the show.

"They're doing a really good job of controlling [social distancing]. It was as enjoyable for us as ever," said Annis-Forder, who has been attending shows at Toby's for more than 20 years. "The show was great. You can tell that they worked hard to present a quality show."

Health and safety COVID-19 procedure details are available on the Toby's website.

“Shrek: The Musical” will run through June 13 and will be followed by “Elf: The Musical,” starting shortly thereafter on June 18. Information about attending either of these live performances, or any others, can be found at www.tobysdinnertheatre.com.