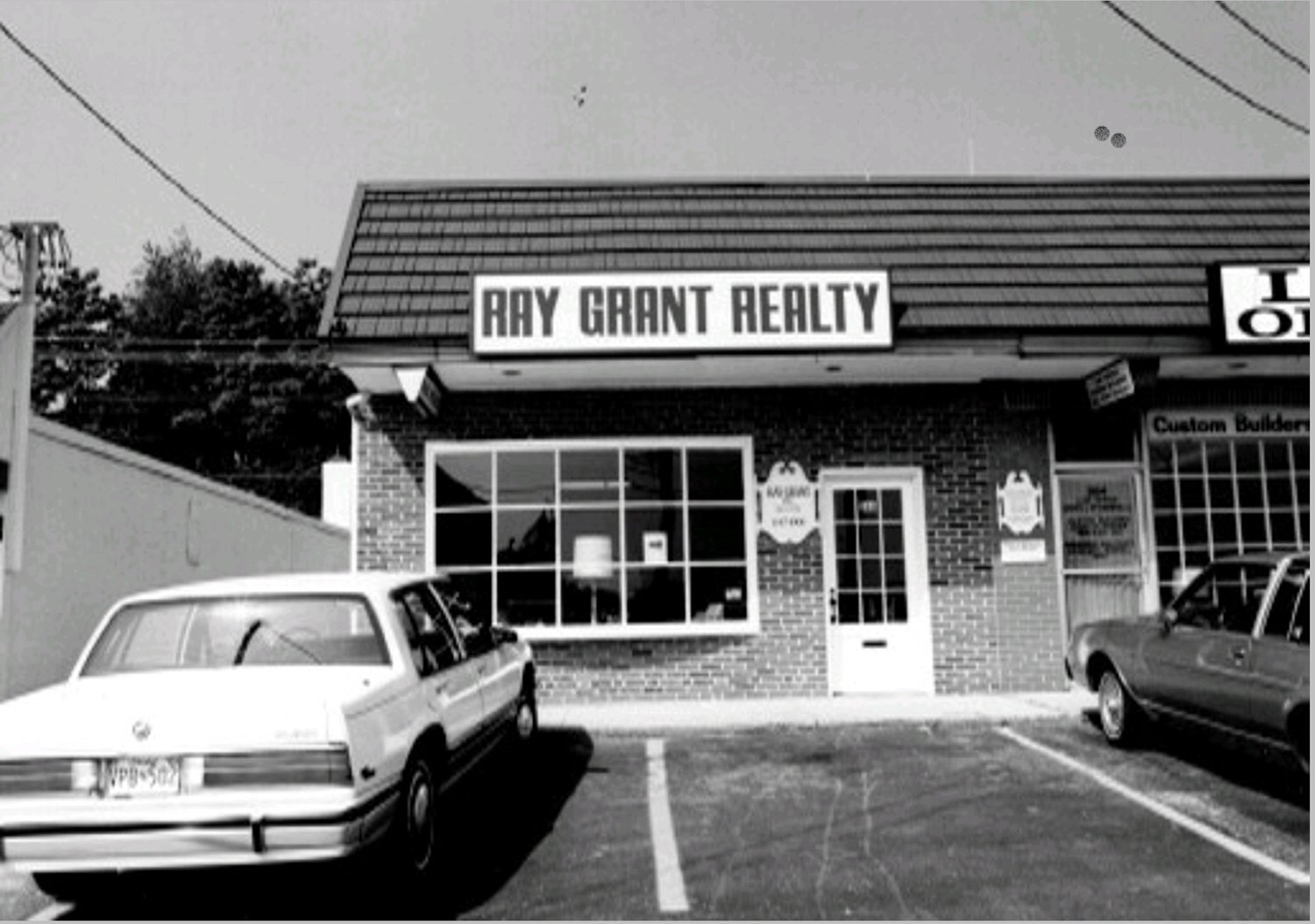 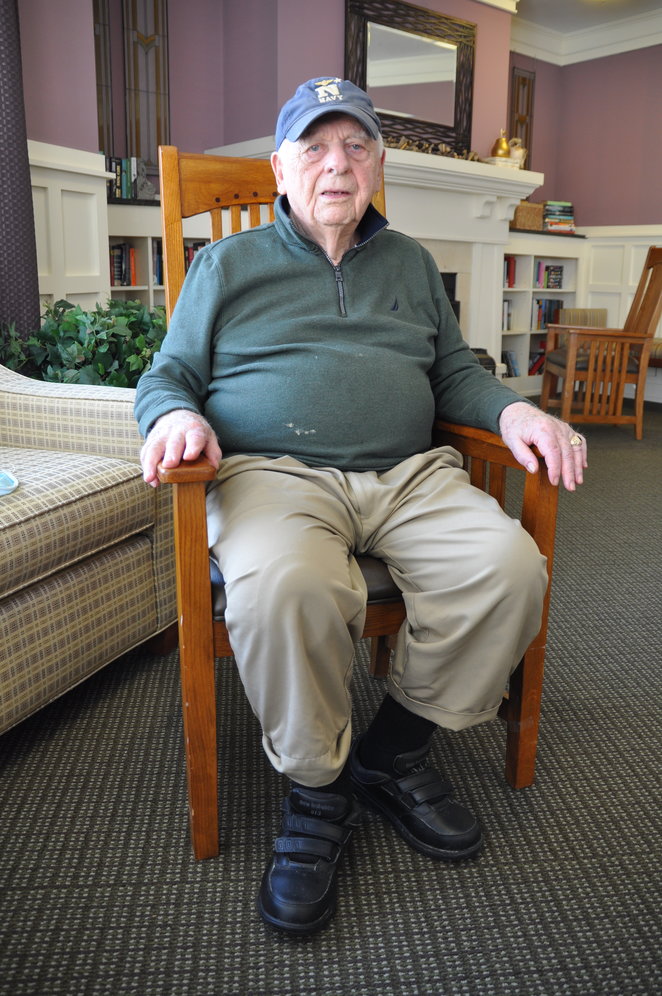 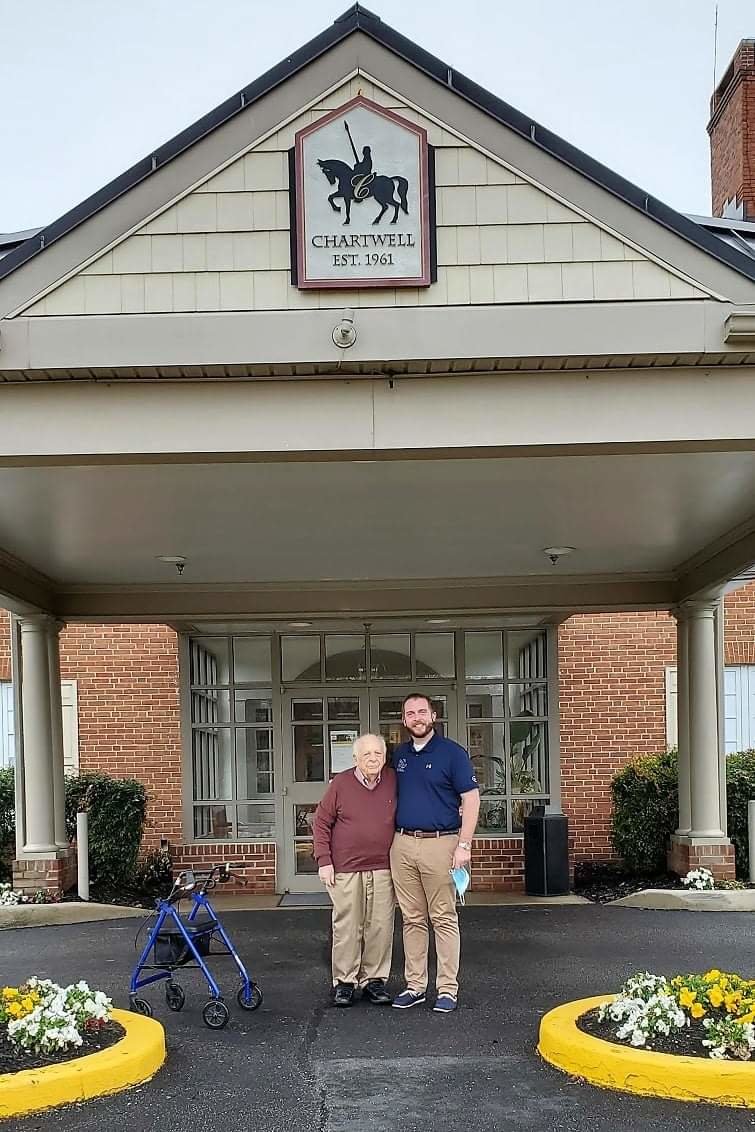 Ray Grant’s heyday as a real estate agent looks nothing like the real estate market today. Back in the 1950s, prospective clients would walk into his office on Baltimore & Annapolis Boulevard, browse listings displayed on the wall, and finalize the deal using a two-page carbon copy contract, unlike today’s 50-plus page contracts.

That was nearly 70 years ago. Ray, who turns 98 years old on April 19, still has a sharp memory of those days.

Before he joined the real estate industry, Ray flew torpedo bombers and dive bombers in the Navy. He served from April 1943 to November 1945, missing World War II. He then went to college and was selling insurance around the Washington beltway in 1945 when he received a call from his father, Raymond Grant, a Baltimore City resident who purchased a waterfront lot for $1,500 in Linstead on the Severn.

Raymond asked his son to move to Severna Park and buy the lot next to his for $2,500. Ray’s response? “I don’t even have a girlfriend. What do I need a lot for?” That would soon change when Ray married Ruth Porter in 1947 and eventually built a home nearby in the community of Olde Severna Park.

When Raymond and Ray opened Arundel Realty together in 1951, they settled on downtown Severna Park, in the strip that is now occupied by Sofi’s Crepes, The Big Bean and Pedal Pushers.

After Raymond Grant died in 1962, his son changed the business’ name to Ray Grant Realty. Ray started building the business as his agents were the only Realtors representing the builders in the new construction communities of Severna Gardens, and later, Severna Forest.

“When we came to Severna Park, there was no new construction,” Ray said. “You had to find a builder.”

Later, as Severna Park began to be developed, he represented builders in new construction sales in sections of Oakleigh Forest, Fair Oaks on the Magothy, Westridge and Ulmstead Estates (in Arnold).

“There was one Cape Cod [in Fair Oaks] with a large dining room, two bathrooms, maybe four bedrooms,” Ray said. “I don’t think it was $40,000.” Per Ray’s advertisement that ran in the Baltimore Sun, starting prices were $33,500 in 1961. According to Ray’s grandson and local Realtor Matt Wyble, the Fair Oaks community regularly sees list prices over $800,000 these days.

Decades before the internet arrived and multiple listing services became common practice in Maryland, Ray and other real estate agents relied on walk-ins and referrals. Another notable practice was that agents could represent both a buyer and seller in the same transaction. “It was perfectly legal, and I didn’t feel like I was being favorable to the buyer or seller,” Ray said.

Agents would show their listings first, but if clients wanted to see a property listed by another broker, Ray would need to have a co-op with that broker. Since there were no lockboxes, Ray would need to pick up the keys from the other broker’s office and get permission to show the home. In contrast, today’s real estate market includes automatic co-ops, instant new-listing notifications, and virtual 3D tours.

Ray’s reputation helped him get referrals from Westinghouse Electric Corporation when the company transferred employees from Pittsburgh, Pennsylvania. Other people recommended Ray after meeting him through the Severna Park Kiwanis Club or Chartwell Golf and Country Club, where Ray joined 60 years ago as a charter member. In addition, all of the families who moved to Severna Park new construction communities became repeat clients when they moved.

“He was well-liked, supportive to the community and helped raise four daughters,” said his youngest daughter, Betsy Grant Wyble, who explained that her dad would always support the Severna Park community by donating when local organizations needed advertisements, sponsorships and/or fundraising.

Ray’s career lasted more than 30 years, a milestone that did not come by accident as his business survived at least two economic downturns where the real estate market was hit pretty hard.

Asked about his success, Ray said he had four good agents, a desire to help people, and a commitment to community. When you ask others, his honesty and integrity were memorable characteristics, too.

Around late 1989 or early 1990, Ray closed his office and went to work for O’Connor, Piper & Flynn, which has since been acquired by Coldwell Banker. His last sale was a waterfront home that sold for just over $1 million, a lofty price that was rarely seen in 1997.

Real estate still runs in the family. Ray’s grandson, Matt Wyble of The Matt Wyble Team of CENTURY 21 New Millennium, is now the fourth generation to be in the real estate business.

Like Matt, Ray cites personal relationships and meeting people as his favorite aspects of real estate. He remembers taking one of his agents to Baltimore for dinner several decades ago. “At least five people came up to me and said, ‘Hi Ray, you sold us a house,’” he recalled.

Ray might be turning 98 years old in April, but his fond memories of his Severna Park real estate career are still as vivid as when he started selling Severna Park almost seven decades ago.