Referendum Items On The November Ballot 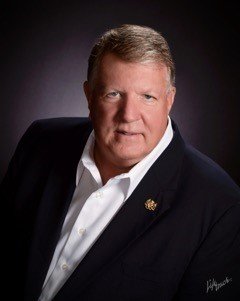 There will be two referendum items on the November ballot that you should be aware of prior to voting. The items will be presented to you as “questions,” and you will vote for or against each “question.”

Question 1 - Authorizes the Maryland General Assembly to increase, decrease or add items to the state budget as long as such measures do not exceed the total proposed budget submitted by the governor.

This is how Question 1 will appear on your ballot:

An “against” vote will maintain the Constitution as it is currently written.

This is a constitutional amendment that will change the Constitution of Maryland.

This is how this question will appear on your ballot:

An “against” vote opposes authorizing sports and events wagering at certain licensed facilities.

The Maryland Constitution requires that the Maryland General Assembly submit laws expanding commercial wagering to a referendum item at a general election. Due to this requirement, the voters will have to decide on whether or not to allow sports and event wagering at certain licensed facilities.

The revenue generated will primarily be dedicated to support public education. The measure would also authorize the Maryland Department of Transportation, the State Lottery and Gaming Control Commission, and the Maryland attorney general to contract with a panel of experts to review the “Business Disparities in the Maryland Market Area” study completed in 2017 and determine whether remedial measures need to be taken for minorities and women in the commercial gaming industry.

If this referendum item is approved by Maryland voters, it will authorize the General Assembly to pass a law allowing the State Lottery and Gaming Control Commission to issue licenses to offer betting in the state on sports and other competitive events. This law must specify:

1. Who is eligible to apply for a license to operate sports and event betting

2. What forms of betting are allowed

3. How betting must be conducted

4. Where an individual can place a bet

This law will be worked on in the 2021 General Assembly session.

I hope this overview will give you the information you need to vote on these two important questions that will be on the general election ballot. If you have any questions pertaining to these items, you may contact my office at 410-841-3568. We will return your call as soon as possible. Or you may email me at edward.reilly@senate.state.md.us.