Reflecting On 2021 Around The Park 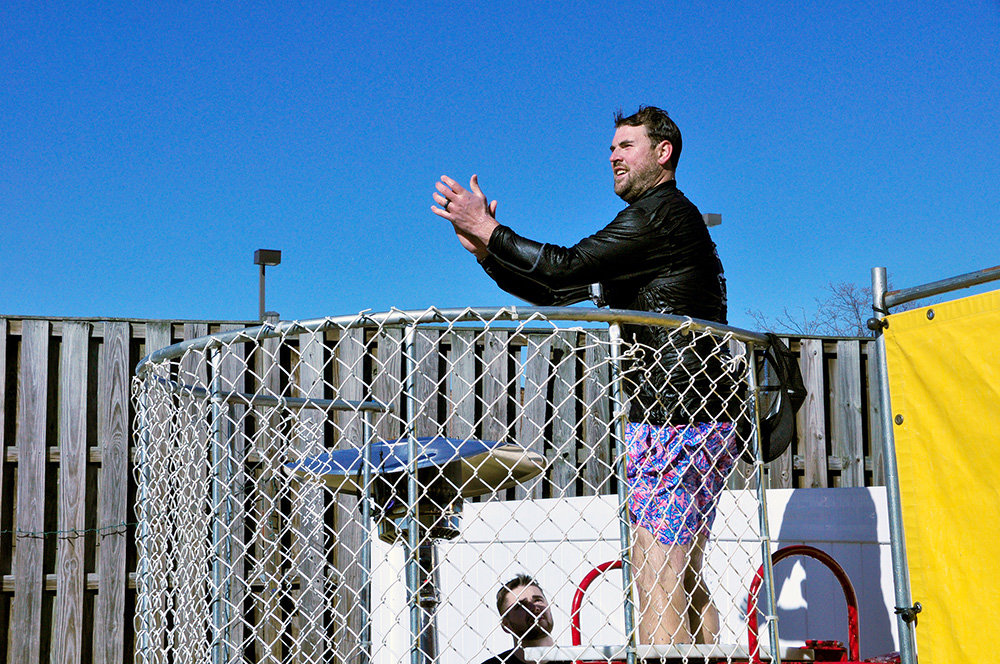 When the Polar Bear Plunge was restricted to a virtual event, Garry’s Grill owner Eddie Conway planned his own plunge on January 30 to support Special Olympics Maryland.
Photo by Zach Sparks 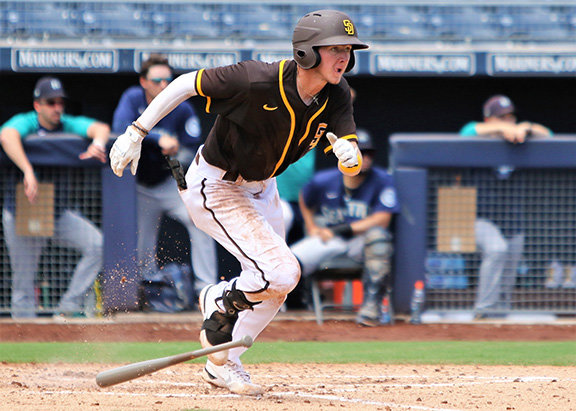 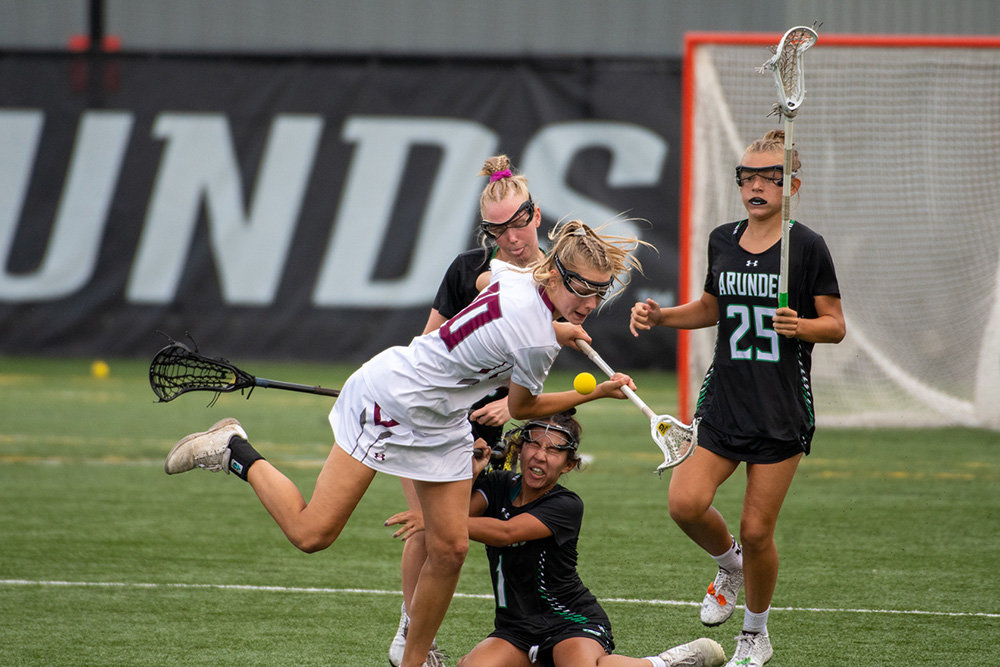 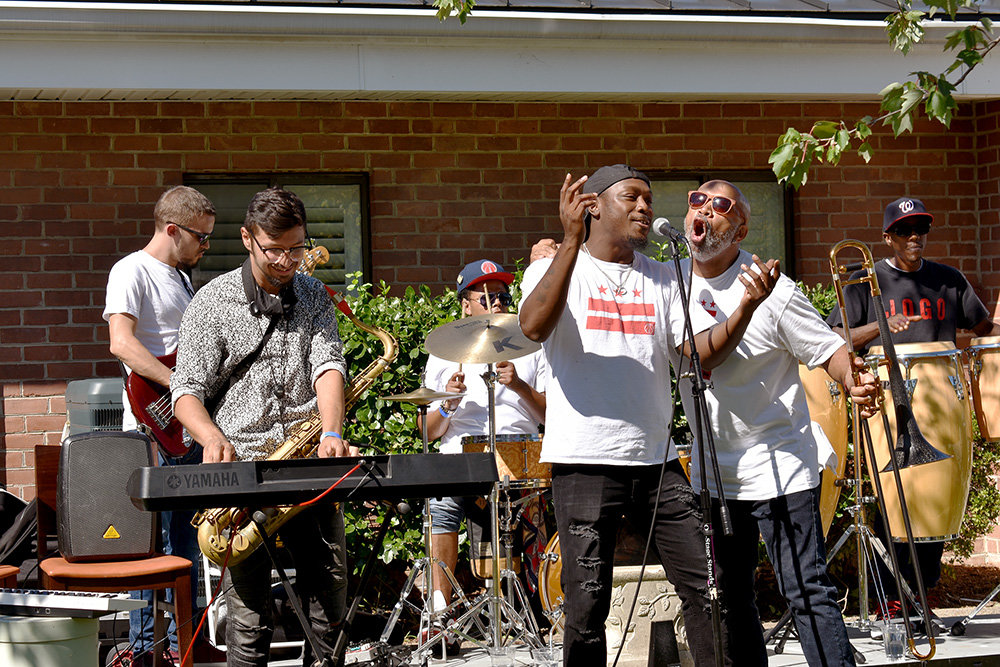 Closing out the summer, the Voice staff helped organize a new festival, Art in the Park, at Café Mezzanotte on September 19.
Photo by Haley Weisgerber 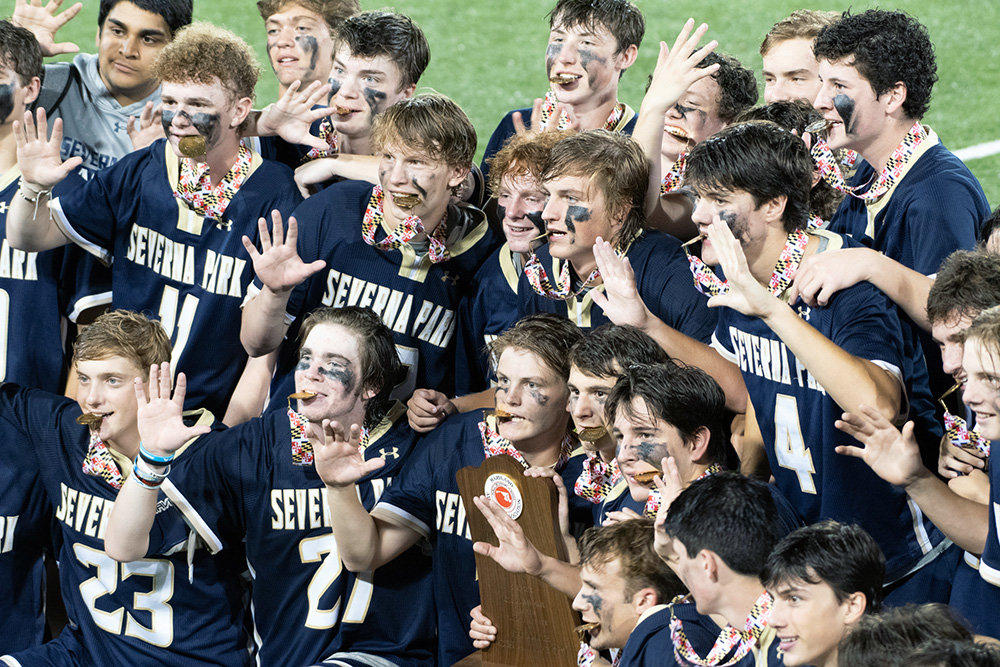 The Severna Park boys seized their fifth straight title with an 11-3 win over Catonsville on June 19.
Photo by Zach Sparks 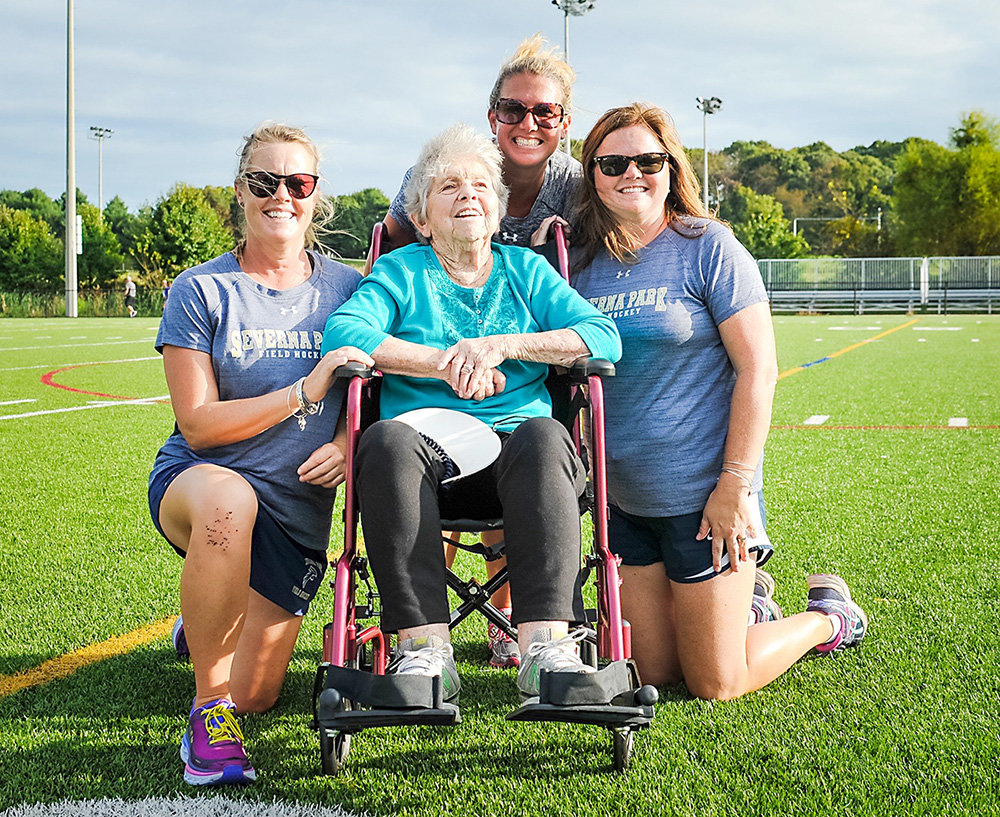 Severna Park lost an icon on January 24 when Lillian “Lil” Shelton died at age 90 after having a stroke.
File Photo
Previous Next
Posted Thursday, December 9, 2021 11:24 am
By Zach Sparks l zach@severnaparkvoice.com

In “A Tale of Two Cities,” Charles Dickens penned the classic line, “It was the best of times, it was the worst of times.” The year 2021 certainly felt like two halves representing the best and the worst as the year began during the middle of a pandemic and is now ending with the return of many activities, and with those, a sense of normalcy and hope. Despite COVID-19 keeping people indoors at times, plenty of news was made in the last calendar year.

Severna Park lost an icon on January 24 when Lillian “Lil” Shelton died at age 90 after having a stroke. The head coach of Severna Park field hockey from 1975 to 2011, Shelton led the Falcons to 31 county titles, 29 regional titles and 20 state championships.

Shelton’s daughter Lorie Hankins played for her mom on Severna Park’s softball team. “She brought out the best in every player,” Hankins said. “She made them work hard but they had fun. She had a great record, yes but her legacy is the values she taught … [the girls] knew she cared about them as people, not as players.”

When the Polar Bear Plunge was restricted to a virtual event, Garry’s Grill owner Eddie Conway planned his own plunge on January 30 to support Special Olympics Maryland. With the help of other businesses, he raised $35,086. On the same day, the Ben Oaks community plunged, collecting roughly $2,300.

Erika Robuck released her seventh novel, “An Invisible Woman,” in February. The historical fiction novel is about a real Baltimore woman who was a spy in Nazi-occupied France during World War II.

The wait for public school students and their families was finally over as kids started returning to school on March 1. One student, eighth-grader Lily McCallister from Severna Park Middle School, was recognized in a big way. As part of the Prudential Spirit of Community Awards, she was named Top Youth Volunteer at the middle level for her work with oyster restoration in the Magothy River and Chesapeake Bay.

Accomplishments weren’t limited to young members of the community. Dr. William Collins, a psychologist for over 40 years, created 120 paintings from the beginning of the pandemic through March 2021. At the age of 83, he took a hiatus from seeing patients and instead pursued his true passion, art.

“Fall” sports returned in the spring, with Severna Park’s football, field hockey and soccer teams going a combined 9-0-1 to kick off the season. Juanita Williams also had plenty to celebrate. On March 27, she turned 100 and had a ceremony at her daughter’s home in Whitehurst. Visitors included family, over 60 neighbors and friends, and Anne Arundel County fire and police vehicles.

“It's like they say, don't meet your heroes because it'll ruin that,” said Gardner. “Well, never meet your villains because meeting Carole Baskin was insane.”

After moving from place to place during his youth, Alex Bouffard came to Severna Park, not far from his former home in Shipley’s Choice, to start Saints Church.

At St. Martin’s-in-the-Field, the head of school, Jamey Hein, announced he was leaving after seven years of loving service and steady leadership. Charlie Sachs was later chosen as the interim head of school.

Near the end of the school year, Jake Gelfand was named the 2020-2021 Gatorade Maryland Cross Country Player of the Year, joining other athletes who have been ranked as the state’s best in their respective sports.

“It's been four years of just grinding with my teammates and having the support system to help me through these last four years,” he said. “It just shows that if I can surround myself with the right people and if I put in the work, the sustained grind can take me to places that I never thought I could go to."

The Severna Park boys had a strong showing at the Maryland state track and field championships, tying for second place with Howard at the event, held June 18-19 at Prince George’s Sports & Learning Complex in Landover.

Severna Park’s baseball team made it to the state finals, suffering a heartbreaking 5-4 loss to Sherwood on June 18. One day later, the Broadneck girls lacrosse team won the 4A state title, 12-11, over Arundel at Loyola University’s Ridley Athletic Complex.

That same field was the site of the 4A boys lacrosse state championship later that evening. The Severna Park boys seized their fifth straight title with an 11-3 win over Catonsville. It was all Severna Park as Charlie Evans scored a Class 4A state championship record seven goals, Colin Shadowens won 14 of 15 faceoffs, and the defense kept Catonsville off the board for nearly three quarters.

“It speaks to everyone buying in,” Evans said after the win. “The coaches kept preparing us; the younger guys kept stepping up.”

“They told us a long time ago, 2 percent of the people ever make it this far,” said Jackson’s mom, Jennie. “Now, we’re here. He’s climbed to the top of the first mountain, but there are more mountains to climb.”

On July 18, the community learned of the death of Dick Ladd, a former councilman in District 5. He was 80 years old.

“He cared deeply for our community and worked tirelessly to take care of Anne Arundel County citizens,” Elizabeth Rosborg said. “He will be missed by all of us whose lives he touched with his positive energy and enthusiasm.”

Runner Matthew Centrowitz and windsurfer Farrah Hall, Broadneck graduates, both represented the United States during the Olympic Games in Tokyo. A former gold medalist, Centrowitz came in ninth place during the second semifinal and did not qualify for this year’s gold medal race. Hall finished 15th overall in her sport.

The Severna Park Voice celebrated its 40th anniversary in September. Closing out the summer, the Voice staff helped organize a new festival, Art in the Park, at Café Mezzanotte on September 19.

A new school year saw many students return to buildings, but one familiar face was not at Severna Park High School. Beloved school resource officer Alex Swartz retired because of lingering injuries suffered from two previous incidents of being struck by drunk drivers.

“It would be selfish of me to be in a career where I am tasked with helping people,” he said. “I have always looked at the job as having 2,000 kids, teachers and staff members. I always told myself if I couldn’t step into every situation and handle it, I would step away.”

The Severna Park and Broadneck football rivalry took on a new meaning October 15 because the game was voted to be a Ravens RISE High School Football Showdown. Professional quarterback Trace McSorley and Ravens cheerleaders attended the game, adding to an electric atmosphere during a 48-14 Bruins win.

The Republican State Central Committee of Anne Arundel County voted on October 25 to nominate Rachel Muñoz to fill a House of Delegates vacancy in District 33.

“At the end of the day, we all want the same things in life,” she said when asked about working with Republicans and Democrats. “We want a safe, happy place to raise our families. We want great education for our children. We all want the same things; we just have different ways of going about it, and I look forward to having those conversations and working to find common ground and win-wins for everyone.”

Advocates of later school start and dismissal times won big when the Board of Education of Anne Arundel County approved a shift to take place when the 2022-2023 school year begins next fall.

The year ended on a high note for several sports teams. Although the Broadneck girls soccer team lost a state finals match to the Walt Whitman Vikings, 2-1, on November 20, they still had a great season. The Severna Park boys captured a state title in cross country and the field hockey team continued their reign of success by winning a championship, 2-0 over Winston Churchill, on November 13.

“This team, for this year, I think we had the best defense that I’ve ever had,” said coach Shannon Garden. “Our defense definitely got us to this point, and I’m sure, won us this game. It’s a stellar backfield and a stellar goalkeeper.”

Those are just some highlights from 2021. Thank you for sharing your stories with us over the past year. We can’t wait to see what 2022 has in store.