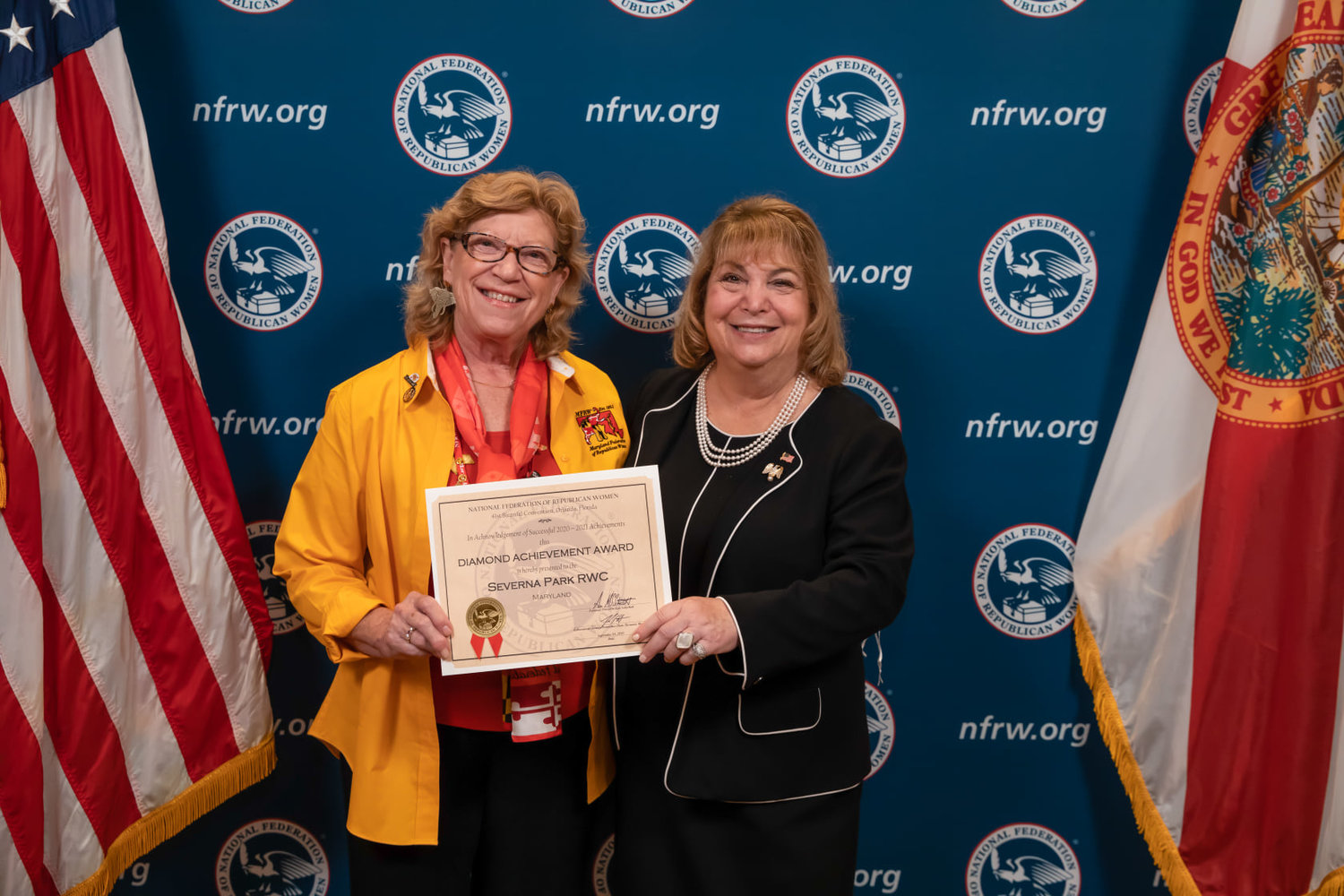 The Severna Park Republican Women’s Club (SPRWC), founded in 1964, was recently awarded the Diamond Club Award for Achievement by the National Federation of Republican Women in Orlando. The award is given to clubs that excel in active support of Republican candidates; promoting Republican conservative values in their communities; increasing club membership and participation in local politics; and providing volunteer hours to make their communities a better place to live. SPRWC President Amy Leahy (left) accepted the award from Ann Shockett, president of the National Federation of Republican Women. The SPRWC welcomes new members. Learn more at www.sprwc.org.