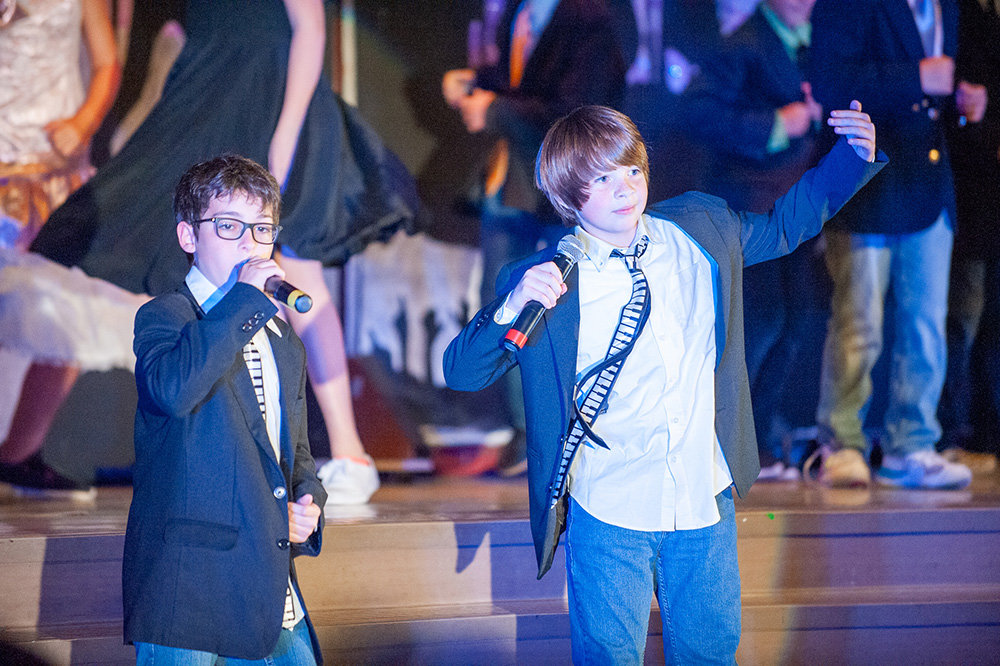 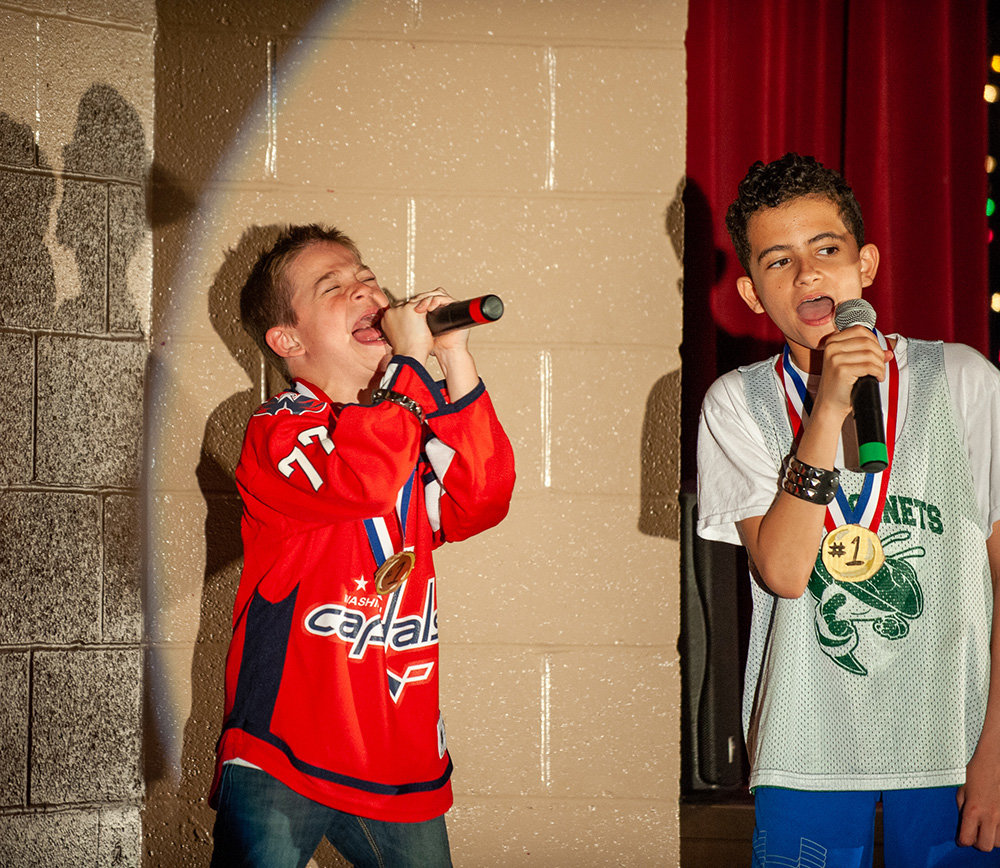 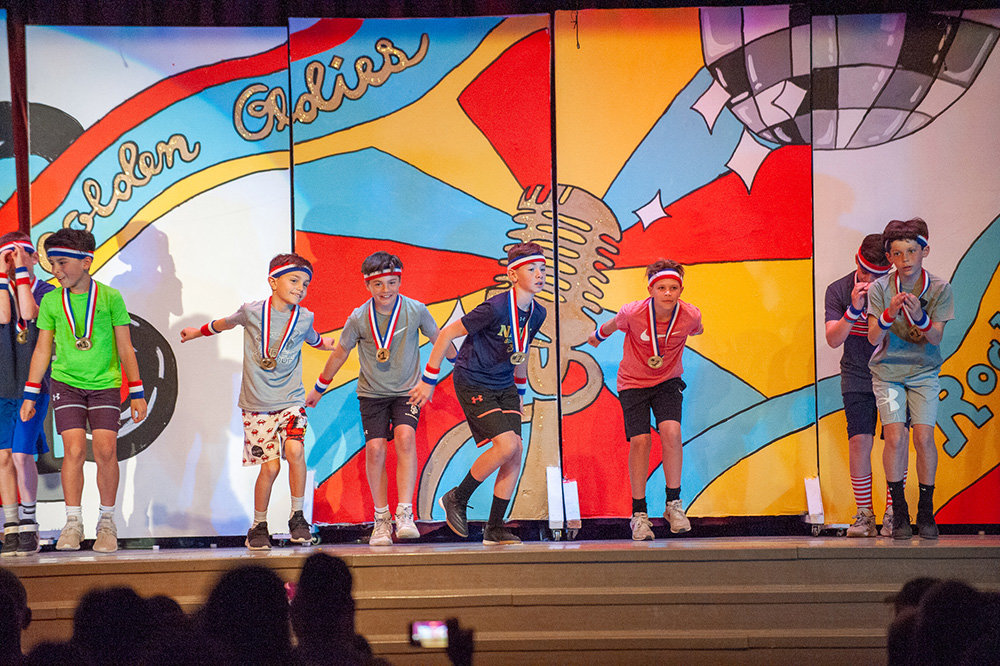 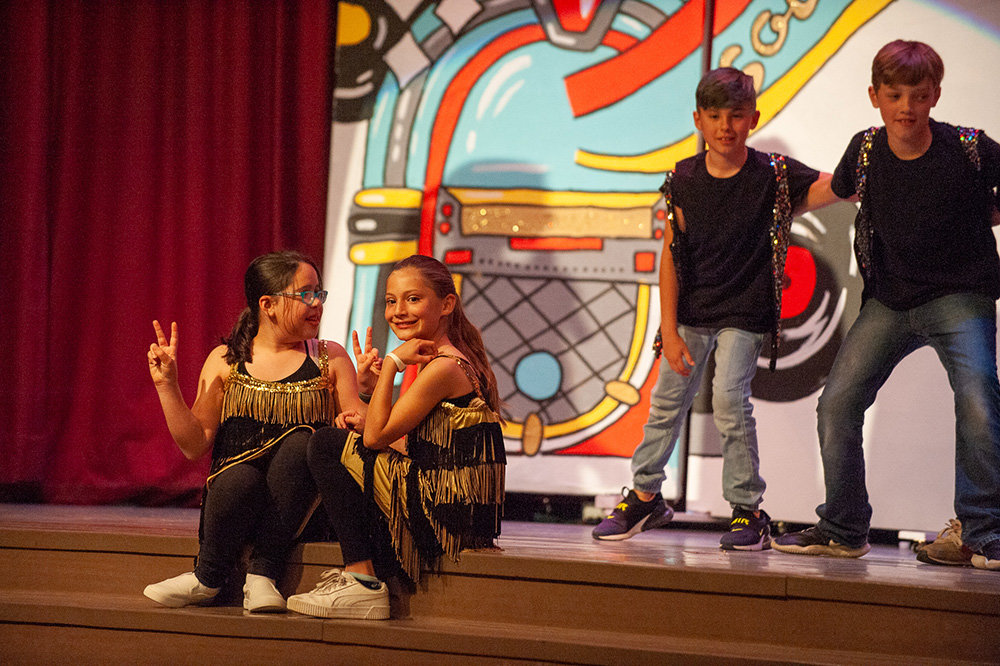 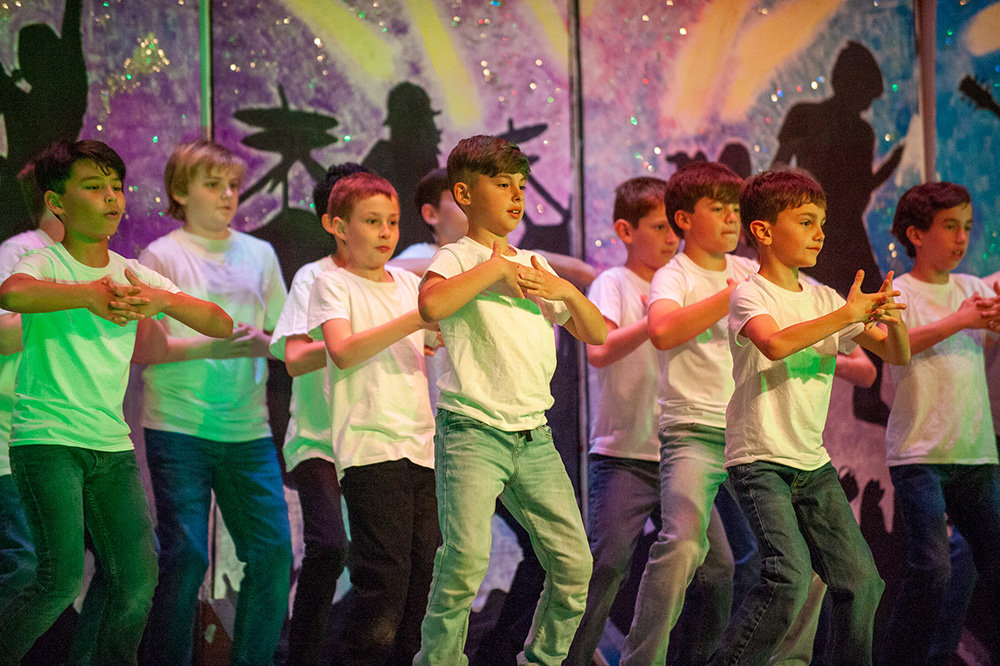 This year’s theme was “Golden Oldies” and the show featured songs both familiar and unknown to the young performers.
Photos by Zach Sparks
Previous Next
Posted Thursday, May 12, 2022 4:47 pm
By Zach Sparks l zach@severnaparkvoice.com

Rock ‘n’ roll: it’s music for the neck downwards, as Rolling Stones guitarist Keith Richards once proclaimed. When Shipley’s Choice Elementary students took to the auditorium stage for Rock ‘N’ Roll Revival on April 23 and 24, they showcased plenty of choreography and catchy tunes to get the audience clapping and tapping their feet.

This year’s theme was “Golden Oldies” and the show featured songs both familiar and unknown to the young performers.

“I performed in ‘Old Time Rock & Roll’ [by Bob Seger] and I liked it because it had all of the boys, so I think it had more people than other songs,” said fourth-grader Harris Moden.

For fellow fourth-grader Isabella Duckett, who sang Ben E. King’s “Stand By Me” and other songs, it was a special moment.

“I remember just watching [the show] in other years and now I could be in it,” she said with a smile, later adding that, “It seems really easy and fun to do, and it was fun, but you’re afraid to mess up and go on the wrong pitch while you’re singing or do the wrong dance move.”

That sentiment was shared by fourth-grader Brianne Calvert.

Harris had his own advice for future performers.

“If any of that stuff ever happens, just try not to worry about it,” he said.

The students’ confidence was bolstered by their parents, who offered helpful advice.

“My mom said to look at the light and blind myself so I don’t know anybody is in the auditorium,” Isabella said.

“My dad told me to pick a spot in the back of the room and look at that because I don’t want to make eye contact with anybody,” joked Brody Jones, a fourth-grader who was excited to perform. One of his two brothers lost that opportunity because of the pandemic.

The students enjoyed getting their chance to perform while also developing a new appreciation for classic rock and oldies.

“The beats are pretty cool and it’s pretty cool also that [the musicians] created a type of music, and now it’s harder to create a new genre,” Isabella said.

Brianne said, “I feel like now it’s mostly pop songs or whatever everyone hears and the songs are all similar.”

The kids capped off the show with “Don’t Stop Believin’” by Journey, a song that combined the talents of the whole group.

Caitlan Bryant, music and dance teacher at Shipley’s, made the show possible.

“They were all new to the process too because they were not in the grades that participated previously, and then during the pandemic, you never knew what was going to happen,” Bryant said. “Sometimes we had classes that were virtual, so they couldn’t come [to Shipley’s], but they were practicing at home, so it was a lot for them to handle and I am really impressed.

“It’s nice to have the younger siblings see what they can do when they get older because they are super excited about it every year.”