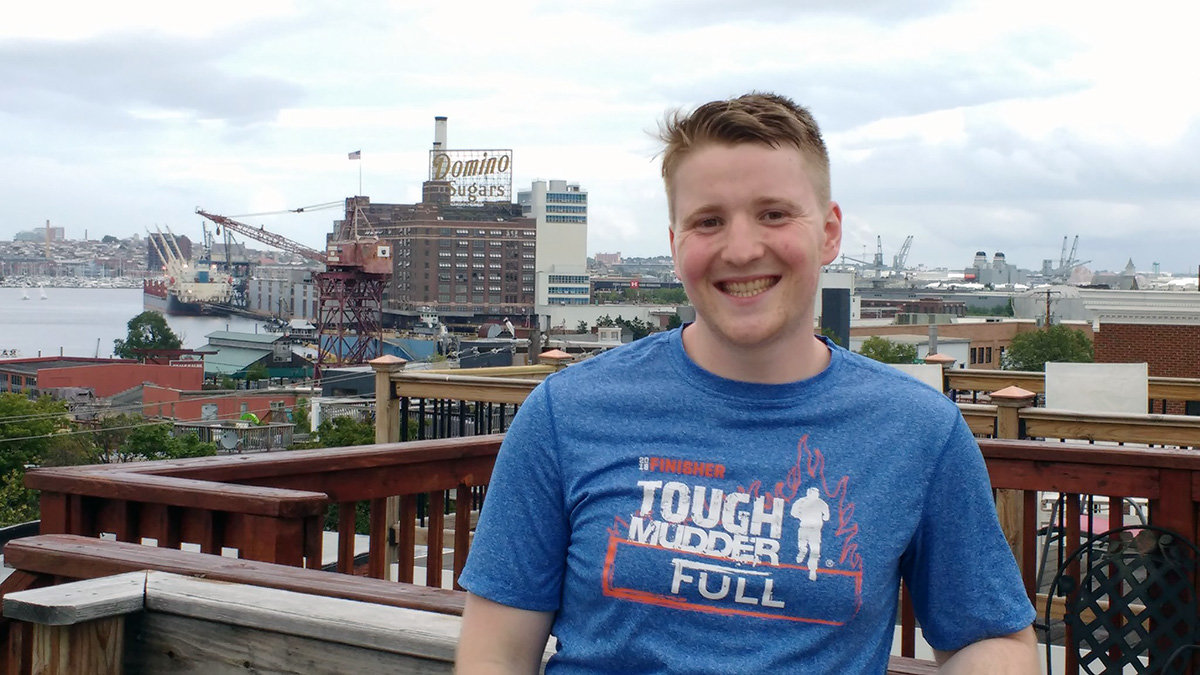 John Fritz is remembered for many things, including his love for the outdoors. He ran in two marathons, two half marathons and two Tough Mudders, which are 10-mile obstacle course races.
Photo Provided 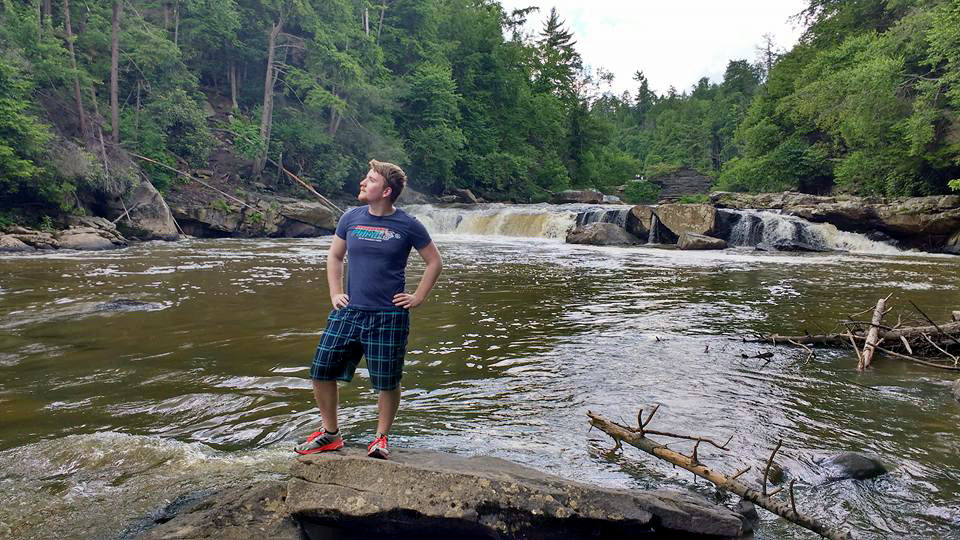 John Fritz is remembered for many things, including his love for the outdoors. He ran in two marathons, two half marathons and two Tough Mudders, which are 10-mile obstacle course races.
Photo Provided
Previous Next
Posted Monday, October 4, 2021 4:29 pm
By Alyson Kay

In early June 2020, 25-year-old Millersville native John Fritz died of a rare heart condition. A year later, his friends and family are coming together to walk in his honor.

John was an avid outdoorsman. He was both a Cub Scout and Boy Scout who enjoyed camping and hiking. He played rugby growing up and ran cross country all four years he attended Severna Park High School.

After graduation, he continued to compete, running two marathons, two half marathons and two Tough Mudders, 10-mile races through trails that can contain up to 30 obstacles.

His cousin, Maggie Fritz, went to both Tough Mudders and enjoyed watching him run the difficult races.

“He was consistently energized and jazzed about the whole thing,” Maggie said. “He loved how hard it was, which was really cool as a spectator as well. It was just fun to get someone be so passionate and excited about something.”

Maggie and John were close, even though Maggie lived in California and John lived in Maryland. They’d play outside together on family vacations.

“We spent a lot of time just making up games outside and it was really special and really fun,” Maggie said.

John was also social and gregarious. He was proud to attend the University of Maryland, College Park, and he was a tour guide while he studied electrical engineering. He convinced several people, including Maggie, to attend the college as well.

“He was really involved with his community and loved to connect with lots of people,” Maggie said.

John also connected with music. With little to no formal training, he learned to play acoustic and electric guitar. He participated in his school band and formed a rock group called Ded Walrus with his high school friends.

“He picked up a guitar wherever we were,” Maggie said. “Whenever we were on vacation with our family, you could always hear him playing guitar in the background; [he] played a lot of Foo Fighters. It was just a great soundtrack to the whole experience.”

When he died, his family couldn’t hold a big funeral or celebration of life due to the pandemic. In 2021, with things starting to look more positive with COVID and the vaccines rolling out, Maggie thought it would be good for John’s friends and family to do something special together to honor him sometime in summer or fall.

Maggie works in nonprofit fundraising and donor relations and is connected with the nonprofit community in Baltimore. She saw that the Greater Maryland Heart Walk was happening in October and spoke with her family about starting a team in John’s memory.

“We felt like it was going to be a really good memory to him and there was a lot of potential for this to become something where people could really get together and celebrate his life,” Maggie said.

Maggie originally toyed with the idea of holding a memorial run but found the walk to be more inclusive and accessible.

“So many more people are able to join us for an outdoor walk,” Maggie said. “My 88-year-old grandparents are going to join us.”

Another campaign in John’s memory helped Maggie see the potential for the heart walk fundraising team. A week after John died, some of his close friends from college decided to hold a casual fundraiser through PayPal for a memorial tree to be planted at the University of Maryland. They needed around $2,500 to do it and they reached their goal in about a half a day. The tree will be planted this fall.

“That was a good indication for me that we weren’t crazy in thinking we might be able to raise a lot of money for the Maryland Heart Association,” Maggie said.

They launched the fundraiser in July, hoping to raise at least $11,000, a reference to John’s birthday on January 11. They called it Rock on for John, in honor of his love for music. While Maggie’s experience in fundraising has helped make the process easier, getting people to support the cause has not been difficult.

“Simply telling people that we’re doing it has garnered a lot of interest,” Maggie said.

In just over two months, the campaign reached its original goal with over 35 people on the team. A new goal has been set at $14,000.

“Everyone is coming out in support of this cause in whatever way they can,” Maggie said. “It means so much to me and I know it means a lot to everybody else on the team.”

One of John’s close friends, a yoga instructor, hosted two back-to-back donation-based yoga classes in Baltimore for the effort and was a key part of the team reaching the original goal. Maggie attended one of the classes.

“It was so much like community, really good vibes and a wonderful way to remember him,” Maggie said.

The walk will be held on October 16 from 8:00am to noon at the Camden Sports Complex in Baltimore. Registration is free, but donations are appreciated. To join or donate to the team, visit www2.heart.org.