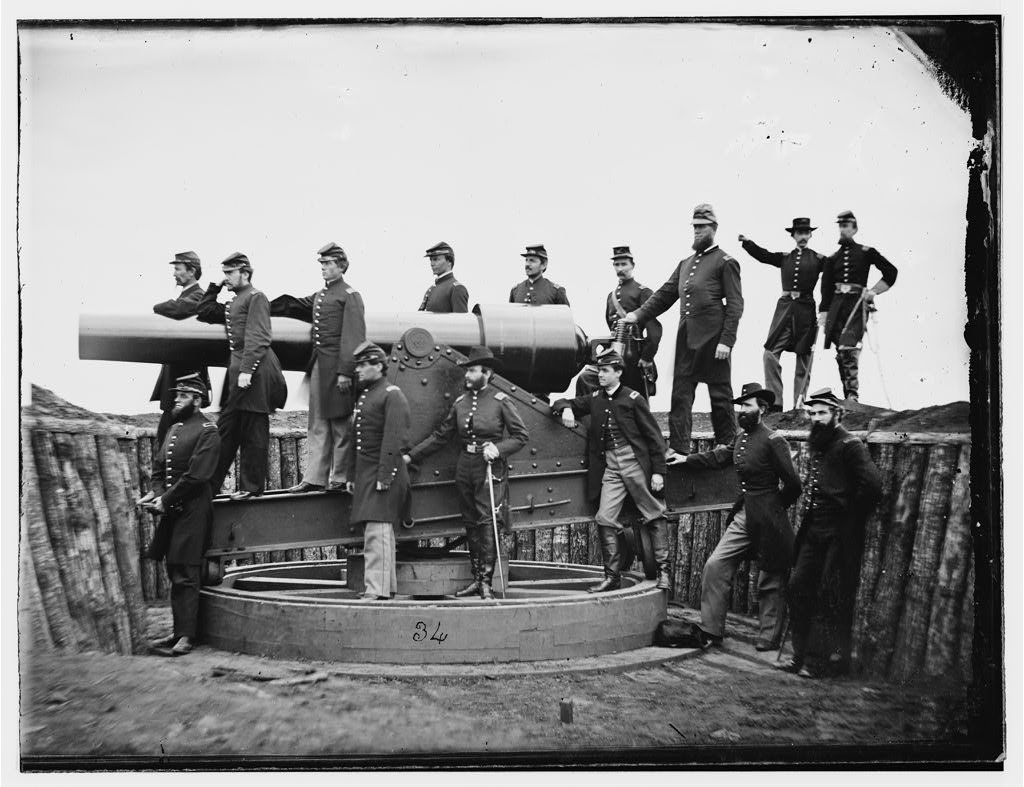 Officers of Third Regiment of the Massachusetts Heavy Artillery are pictured.
Photo courtesy of the Library of Congress
Posted Thursday, June 9, 2022 11:00 am
By Judy Tacyn

Maryland school children learn early on the important roles that Marylanders like Dorchester County resident Harriet Tubman, and Talbot County’s Frederick Douglass, both powerful abolitionists and activists, played in American Civil War history. Perhaps less well known is just how unique Maryland was during the war from 1861-1865. The Chesapeake Civil War Roundtable hopes to change that.

According to its website, the roundtable was founded in May 1999, with the main purpose to support the preservation and education of the events that affected the United States during the 1860s. The group does this through guest speakers, panel discussions, and field trips to locations of interest. Currently meeting via Zoom, the roundtable expects to be meeting in person again at Anne Arundel Community College by the fall.

During the Civil War, Maryland marked the division between the Union to the north, and the Confederacy to the south. Though a slave-owning state, Maryland never succeeded from the Union. This, along with its proximity to Washington, D.C., established Maryland as a significant state at that time.

“Baltimore mattered a lot. It was important to keep Maryland, even with slavery, in the Union, and Baltimore was its biggest city,” said Gregory Nedved, Chesapeake Civil War Roundtable secretary and Severna Park resident. “In April 1861, federal troops transiting Baltimore were harassed by locals. This was the first bloodshed of the Civil War. Even earlier that year, Allan Pinkerton helped break up an assassination plot in Baltimore against President Abraham Lincoln, hatched by a man named Cypriano Ferrandini. Union troops occupied Baltimore early in the war.”

“Mount Misery (Fort Grey on Carpenter’s Hill in Severna Park) was very important because it was strategically located between Annapolis and Washington, D.C., to protect Washington D.C.,” Nedved added. “It kept an eye on Confederate vessels near the Severn River. Camp Parole in Annapolis was used for prisoner exchange and release, and there were many medical facilities in the area.”

Nedved added that the Civil War has many aspects to it and suggested, “Maryland in the Civil War,” a photograph book with text by Mark and Dreama Swank, as a good, easy way to start learning about the local story.

“[It is said] that history repeats itself. That is not entirely true since it is never completely repeated,” Nedved said. “Still, there is enough there to prevent serious and fatal errors from happening if policymakers learn the right lessons.”

To learn more about the Chesapeake Civil War Roundtable, to join, or to attend a session to dive into the depths of Maryland’s history, visit www.ccwr.net.

James Pula, author of “Under the Crescent Moon with the XI Corps in the Civil War: Volume 1 - From the Defenses of Washington to Chancellorsville, 1862-1863,” is the featured speaker for the June 9 session.

The Chesapeake Civil War Roundtable is open to the public and is actively seeking new members. Sessions take place on the second Thursday of the month.