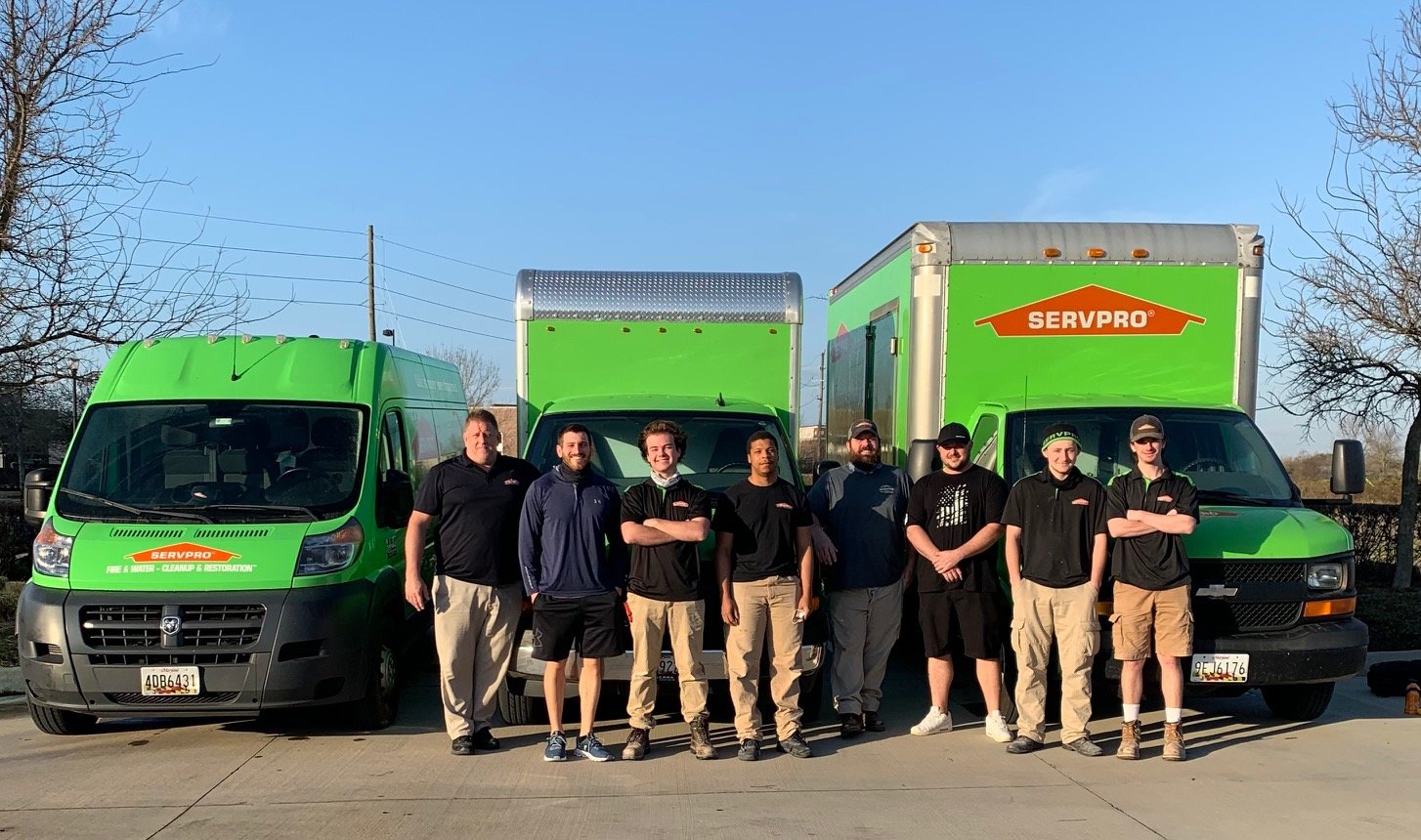 A SERVPRO of Glen Burnie team traveled to Houston, Texas, from February 25 to March 12 to help after a winter storm wrecked the area.
Photo Provided
Posted Tuesday, April 6, 2021 2:05 pm
By Zach Sparks

When Texas was ravaged by a winter storm from February 13-17, the state’s residents were left without power and were saddled with severe economic losses. According to the Texas Department of State Health Services, 111 people died, and various news outlets estimate that damages exceeded $125 billion.

Seeing the need for assistance, the team at SERVPRO of Glen Burnie, led by Arnold resident and operations manager Nick Whittles, traveled to Texas to help.

The eight-person team called Houston home from February 25 to March 12. The damage they saw was devastating, as Whittles estimated that 75% of the homes had debris in the front yard.

“In Maryland, when we get cold weather every few years, we get frozen pipes; typically, this is one pipe,” Whittles said. “In Texas, they run the majority of piping in the attic. Texas hasn't seen cold like that in the last several decades, so it wasn't just one pipe in a house. There were anywhere from eight to 12 broken pipes in some homes. Some customers lost all of their personal belongings and a lot of their homes.”

SERVPRO removed drywall, flooring, insulation and everything else that could not be dried or returned to its original condition.

“Once we remove these items, we treat anything exposed with an antimicrobial to stunt and prevent future mold growth,” Whittles said. “We then dry the structure with air movers and dehumidifiers. We took over 250 fans and 50 dehumidifiers [to Texas] and ran out within three days. At that point, we would do demo and set equipment the next day and continue to assist other customers.”

Whittles said he and his team will never forget the southern hospitality shared by Texas residents, who remained kind in the wake of tragedy.

“Every customer was so grateful and appreciative of our help,” Whittles said. “When you do what you love, you'll never ‘work’ a day in your life. Even though our techs were carrying wet debris for 15-hour days, we still had a smile on our faces, because the people in Houston were just so kind and grateful to us.”