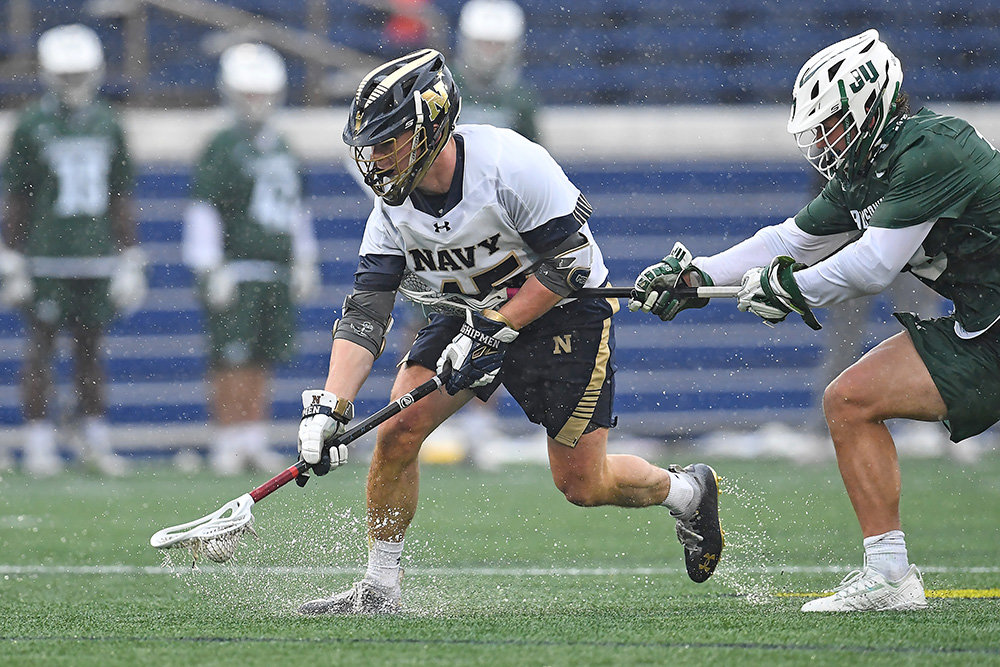 Navy's Jacob Jarosz successfully won a faceoff and advanced the ball down the field.
Photos courtesy of Navy Athletics 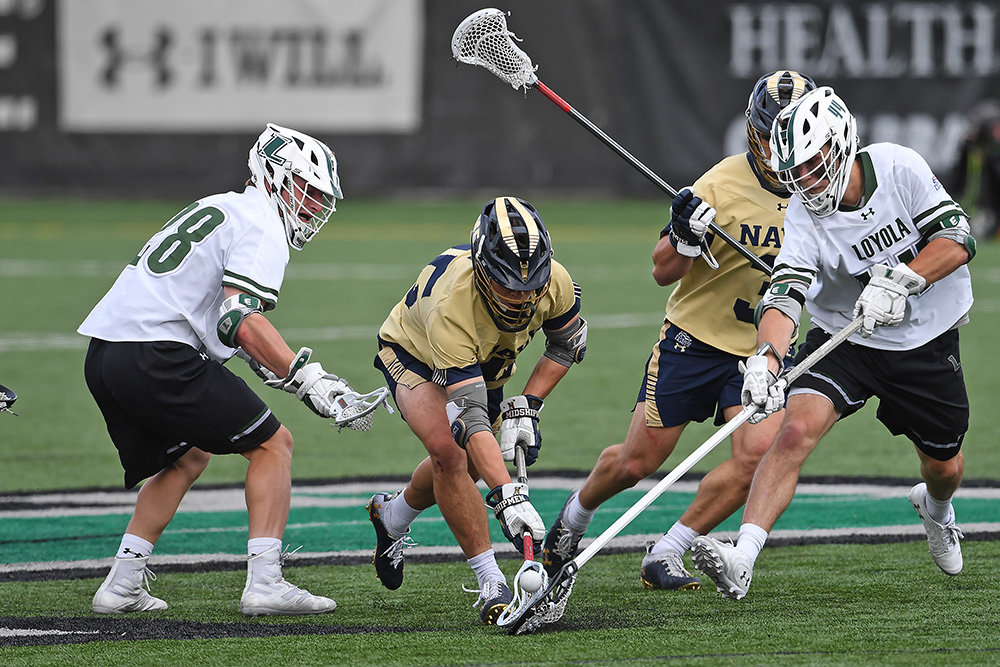 Jacob Jarosz fought to gain control of the ball after a faceoff versus Loyola.
Photos courtesy of Navy Athletics 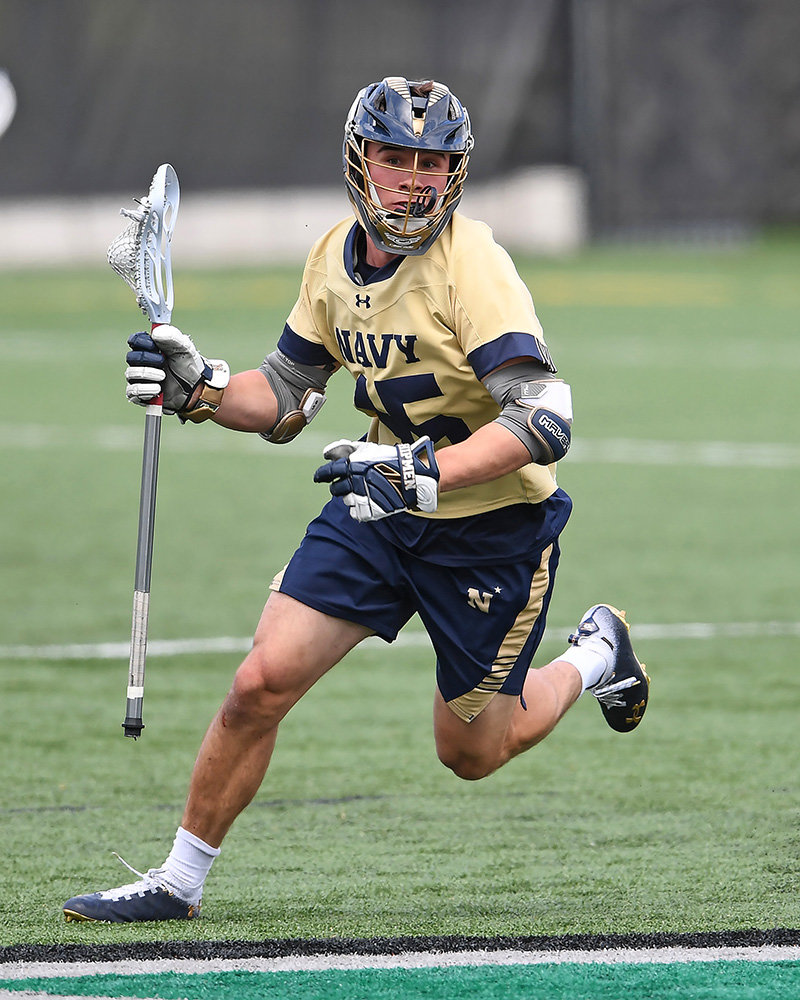 Jacob Jarosz cradled the ball as he advanced it upfield.
Photos courtesy of Navy Athletics
Previous Next
Posted Wednesday, May 11, 2022 4:39 pm
By Conor Doherty

While some might hear the word “faceoff” and think of the hit 1997 movie by the same name, this type of faceoff doesn’t pit John Travolta against Nicholas Cage but rather Jacob Jarosz versus whoever thinks they can beat him.

As a faceoff specialist, Jarosz is the tone-setter for the Navy men’s lacrosse team. In lacrosse, winning the faceoff is one of the best ways to ensure a possession for the offense. And Jarosz has been great at doing just that during his career at Navy, winning over 50% of all faceoffs he has taken, including a 53.8% win rate in 2021 that ranked him 28th in the country and second in the Patriot League. He became just the 17th player in Navy’s history to win 100 draws and has a career total of 139.

Jarosz was recruited by Navy as a faceoff specialist, having always wanted to attend the academy. “I actually became a faceoff specialist my junior year at Severn as they didn’t have a set faceoff guy,” he said. “So I decided to fully focus on that. Before, I would take faceoffs, but I also played midfielder, doing everything. I was actually committed to the Air Force Academy for a few months but a while later, one of Navy’s recruits dropped out and they reached out, so I flipped my commitment.

“I’ve always wanted to go because of living close to Annapolis; my grandfather went there, my cousin wrestled there, so I’ve been around a lot of Naval Academy things.”

And playing at Navy has allowed Jarosz to compete alongside his younger brother, Jon, also a Severn alum.

Jarosz attributes his faceoff success to an unusual source: wrestling. He grew up wrestling, along with playing football and lacrosse, so he utilizes the experience and skills he gained on the mat to win in the faceoff circle.

“It reminds me of a wrestling match within lacrosse,” he explained. “It’s almost a sport with lacrosse. Faceoffs are so different and unique compared to the rest of the game.”

Jarosz has been able to put those skills to good use in game, such as earlier this season when he won nine of nine faceoffs versus Manhattan, 11 of 16 versus High Point and eight of 13 versus Johns Hopkins.

With graduation coming at the end of May, Jarosz will soon face a much different challenge. After graduation, he will head to Pensacola, Florida, and attend flight school to become a Navy pilot. Based on the impressive career Jarosz put together playing for Navy, it’s clear that the sky is the limit for what he can accomplish.