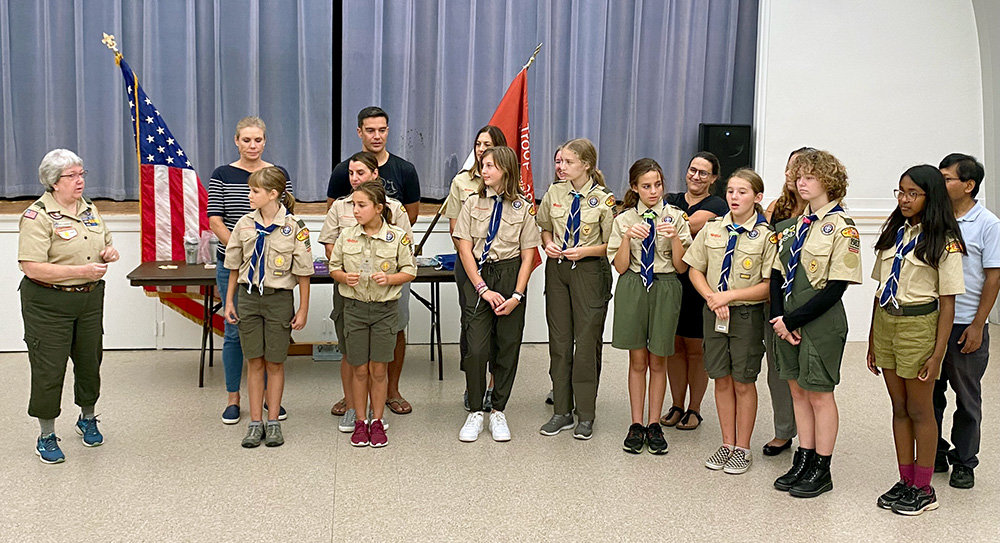 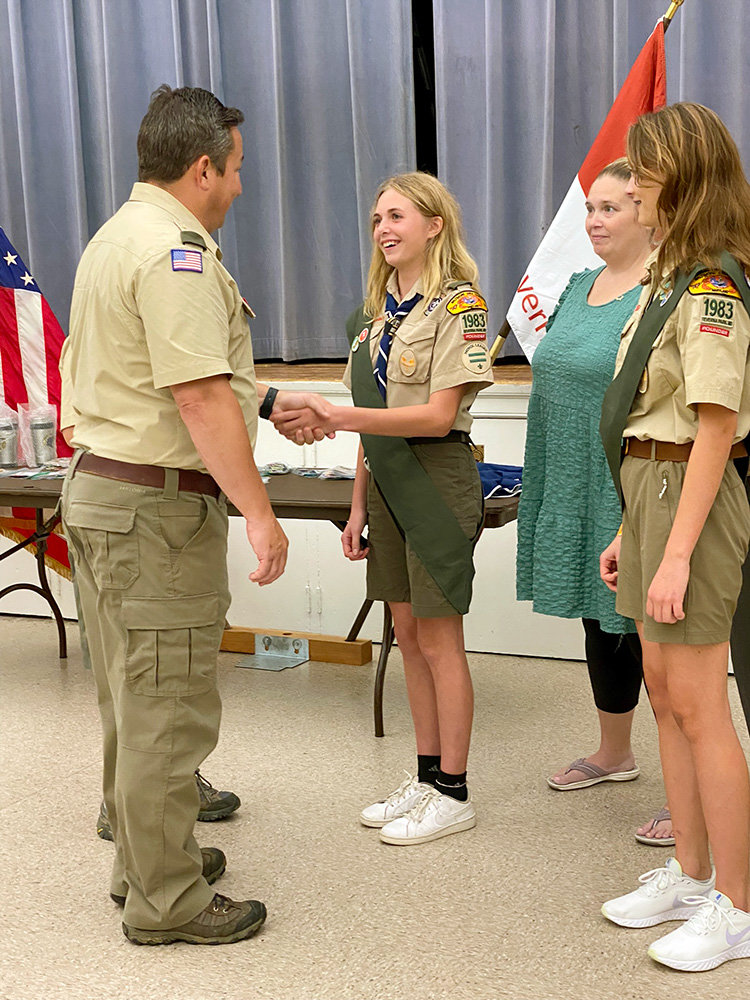 The all-female Scouts BSA Troop 1983 celebrated its first six months of activities on September 21 by holding its first-ever Court of Honor, which recognized the individual achievements and advancement of the 21 scouts in the troop. The ceremony took place at Woods Memorial Presbyterian Church, the troop’s sponsor organization.

“This Court of Honor recognizes the hard work of these young ladies to earn rank and other awards over the past six months,” said Troop 1983 Scoutmaster Jason Port. “I couldn’t be more proud of the leadership skills that they have learned and demonstrated. I am also really impressed with how well they’ve taken on the outdoor program and now they’re doing it themselves.”

Troop 1983 has been active since its first meeting last March. The unit has grown from nine Scouts to its current 21 individuals. The troop has conducted three campouts, white-water rafted, and even practiced rifle shooting. Scouts also attended three Scouts BSA summer camps. In October, the troop will conduct another overnight camping trip focused on orienteering at Gettysburg National Battlefield, and in November, the troop will conduct a five-mile “hiking 101” close to the Appalachian Trail.

Troop 1983 meets every Wednesday at 7:00pm downstairs in Woods Church on B&A Boulevard in Severna Park. Interested parties can contact the troop via Facebook by searching for “Scouts BSA Troop 1983.”