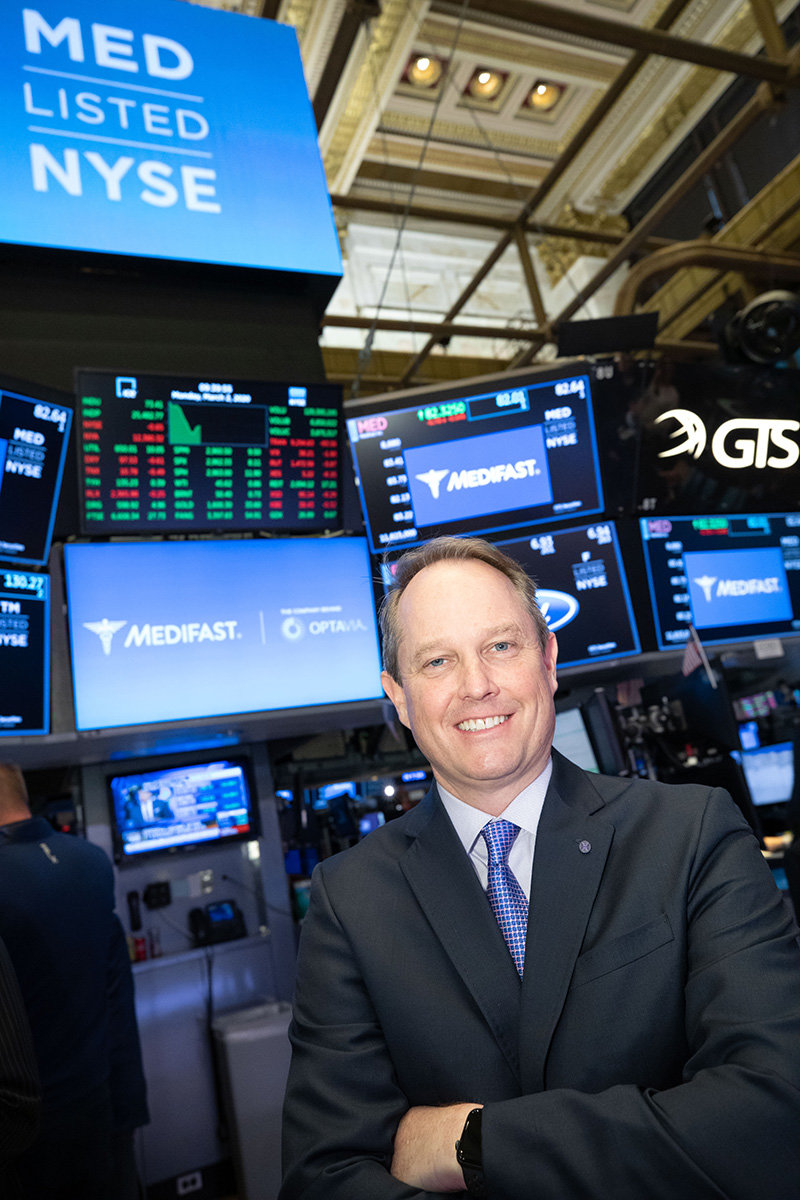 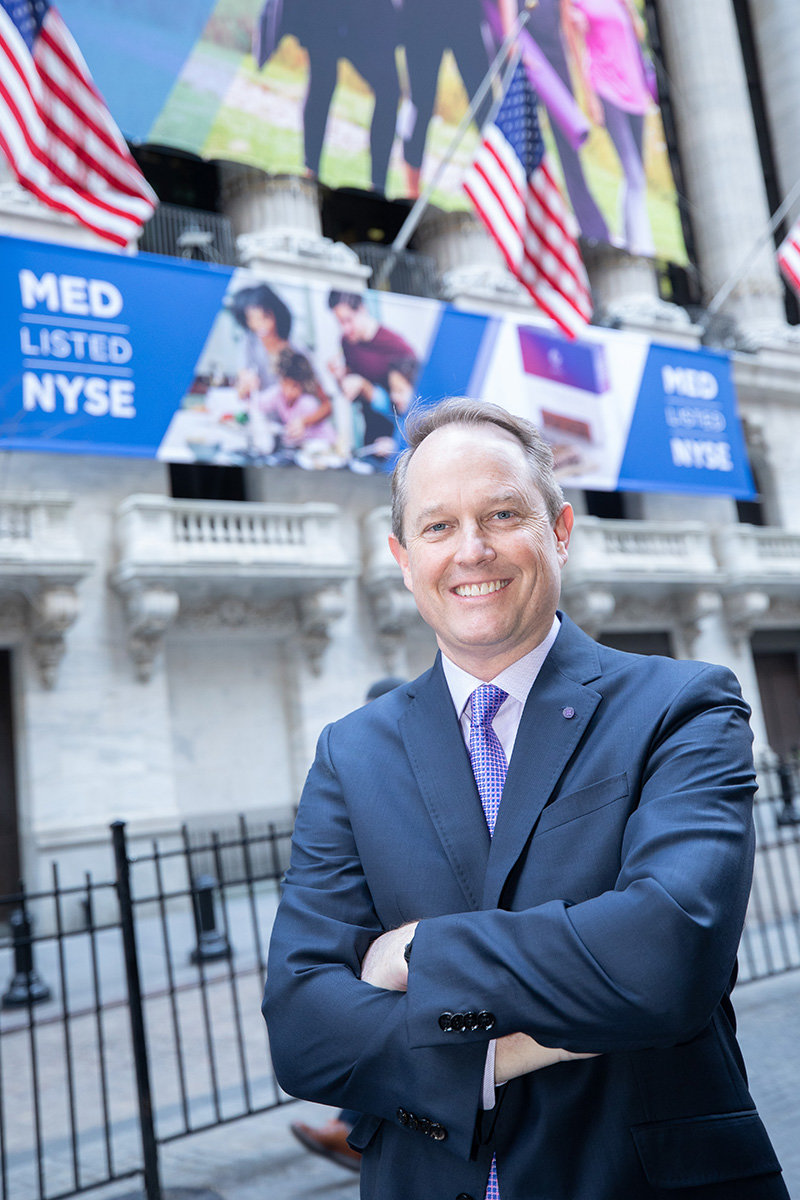 When Fortune magazine released its annual list of fastest-growing companies at the end of October, health and wellness company Medifast ranked ahead of Netflix, Amazon and other popular businesses. When he saw the report, Dan Chard smiled. In the middle of a pandemic, the world’s second-fastest-growing company was based in Baltimore, with a CEO from Severna Park.

Dan and his wife, Allyson, moved to Linstead from New York City four years ago. Since then, they have become immersed in the community, with Dan taking over as bishop of the 450-member congregation of The Church of Jesus Christ of Latter-day Saints.

The family found a home in Severna Park after Dan finished his previous job working for an affiliate of The Carlyle Group, which tasked him with taking a company from public to private and growing it. With Medifast, he would have to grow a company that was enduring “a challenging time,” but it was a mission that captured his enthusiasm.

“The space, which is health and wellness, specifically focused on re-educating people on how to live a healthy lifestyle, which was very much on trend, if you will,” Dan said. “Depending what you use to measure the size of the opportunity, two-thirds of Americans are overweight or obese. People don’t exercise as much as they need to. They’re not getting enough sleep. They don’t know the basics about how to take care of their bodies from a hydration standpoint. So all of those things have been heading the wrong way despite the science continuing to show us those are really important elements for long-term health.”

Medifast teaches people how to build healthy habits. They do this by working with Optavia coaches. Optavia, Dan explained, is the brand for Medifast’s community of coaches.

“The people are part of a like-minded community who are all on this health journey together,” Dan said. “It’s not easy. Changing habits is one of the most difficult things we do. So being able to be linked with that community across the country is another important part.

Long term, Medifast executives aspire to take their model and expand it beyond their current markets in the U.S. and Asia-Pacific (Hong Kong and Singapore). They also want to surpass $1 billion in revenue and grow from the current 42,000 Optavia coaches to 50,000.

The best part of that growth, Dan said, is having the opportunity to help more people, one healthy habit at a time. That’s why 90 percent of the Optavia coaches are former clients.

“A typical client is someone who has failed on this health journey before, either because they tried to go on a diet and maybe they lost some weight and gained it back, or because they tried to get on a consistent exercise regiment, or they were trying to eat healthier and didn’t know how,” Dan said. “When they discovered a different way of doing it through these coaches, they have this immense gratitude and engagement, and part of that engagement and the desire to keep themselves accountable often translates into wanting to pay it forward and helping other people discover what they discovered. They receive compensation for doing it, but they largely are doing it because they believe in the mission of the company and they want to help other people.”

Dan has met people all over the world through his work, but the Chard family has lived all over the globe, too. After graduating from Brigham Young University, Dan and Allyson moved to Hong Kong, eventually moved to Salt Lake City, Utah, and later lived in Frankfurt, Germany. Now, Dan and Allyson are empty nesters, with one daughter living in New York, one living in Boston and one finishing her senior year at Brigham Young.

“We all love to ski. We don’t do that as much in Maryland, but we have developed a love for the Chesapeake Bay and the water life around Annapolis,” Dan said. “We found there is something almost equally engaging about the water as there is about the mountains. So we enjoy both sides of the country, but for now we’re extremely grateful to be having this experience in Maryland, particularly in the Annapolis-Severna Park area.”