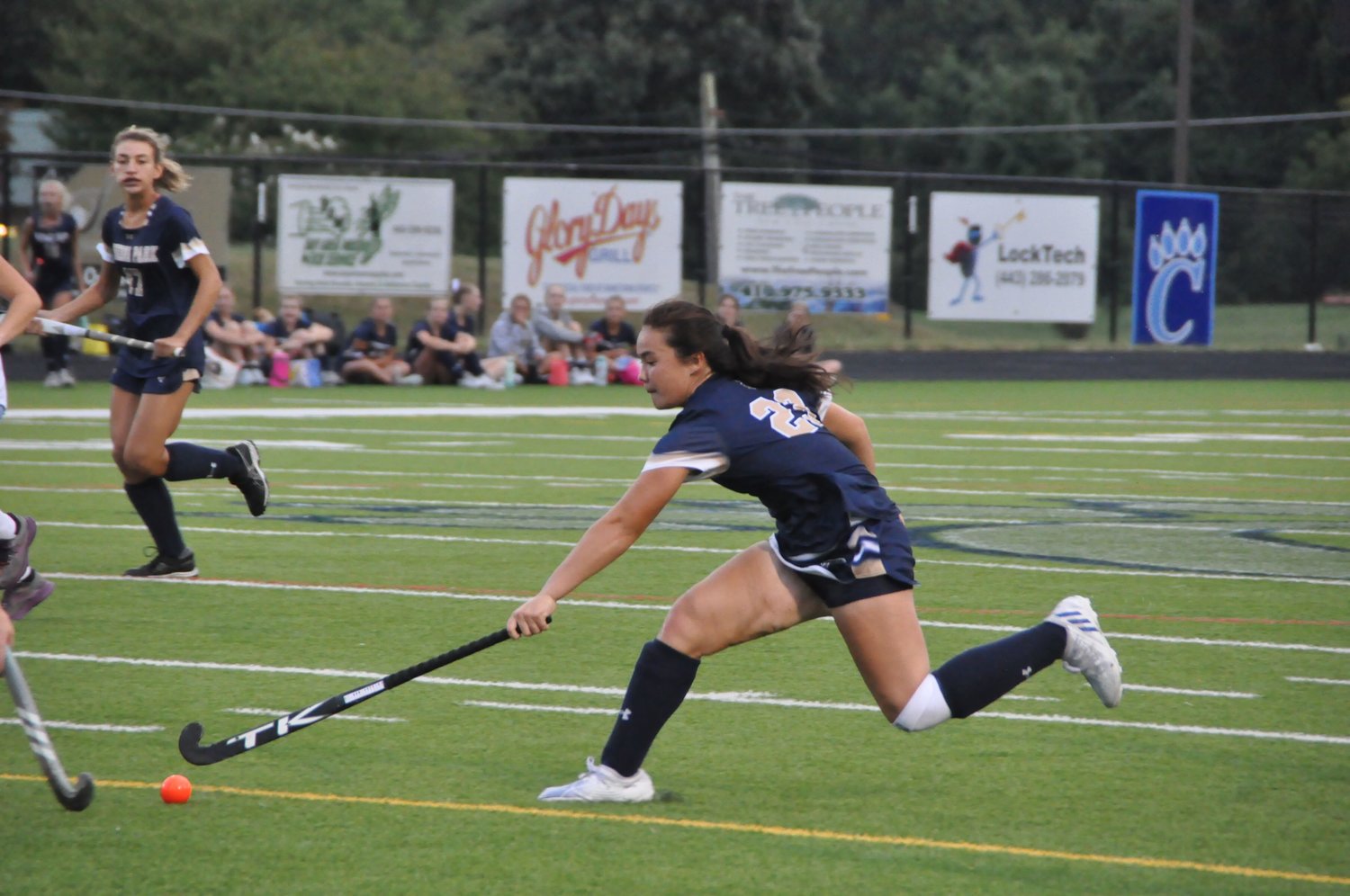 Coming off a record 25th state championship last year, the Severna Park Falcons began their title defense with a 2-0 win over Chesapeake on September 7.

Maddie Evans scored off Severna Park’s first corner of the night halfway through the first quarter. She scored both goals for the Falcons, with her second coming on a scramble in front of the net after Chesapeake’s goalie was unable to get the ball out of the crease.

Both teams showed some rust. Severna Park had a few errant passes and allowed a Chesapeake player to get behind the entire defense with only the goalie to beat. But senior Charlotte Kramer met the attacking player, forcing her to take a shot that went out of bounds.

Falcons head coach Shannon Garden said she was surprised that such a breakdown occurred.

“Those are first game jitter things that we will work out,” Garden said. “And honestly, I don’t foresee that happening very often. I’m really actually shocked that that even happened because even in our first game, we just don’t ever do that, so we need to work on high-pressure situations where we’re in games where we’re only up by 1-0, 2-0 and they’re knocking at our door, which they were. We use every game as just, ‘What do we need to do next?’”