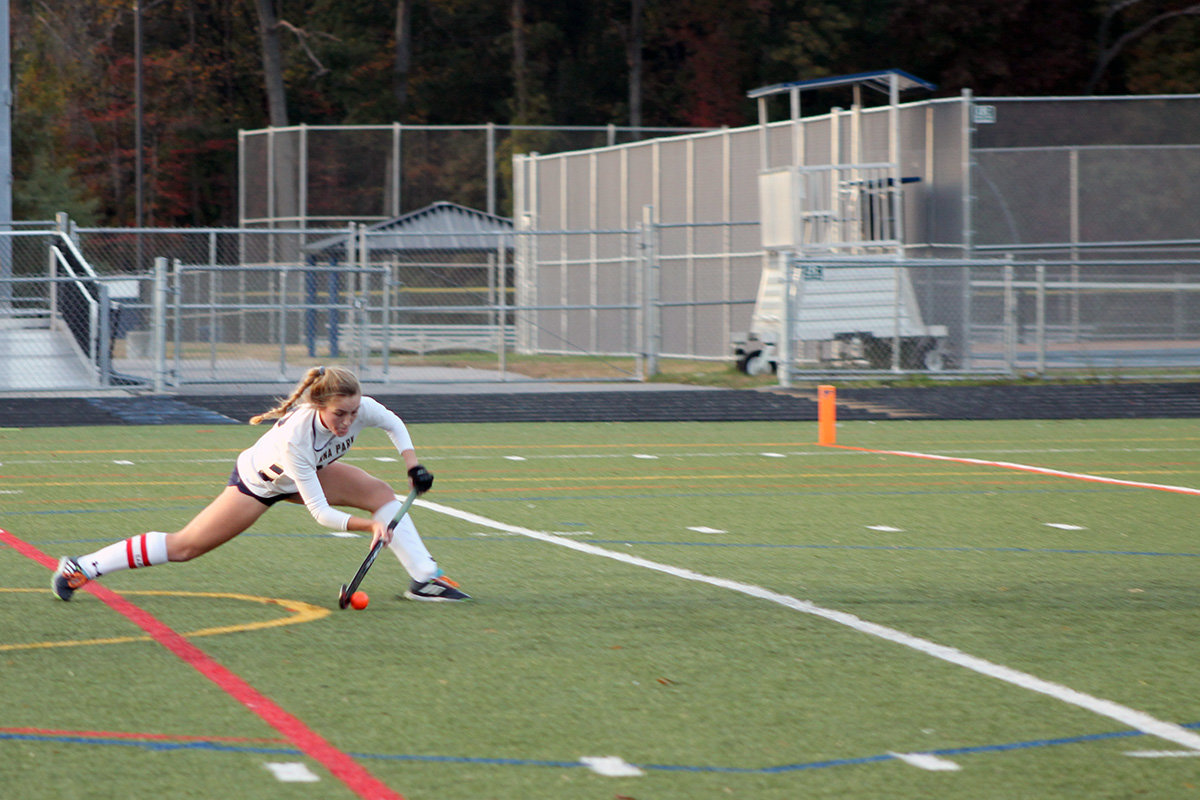 Zoe Day scored on a penalty shot to give the Falcons the 1-0 lead.
Photos by Conor Doherty 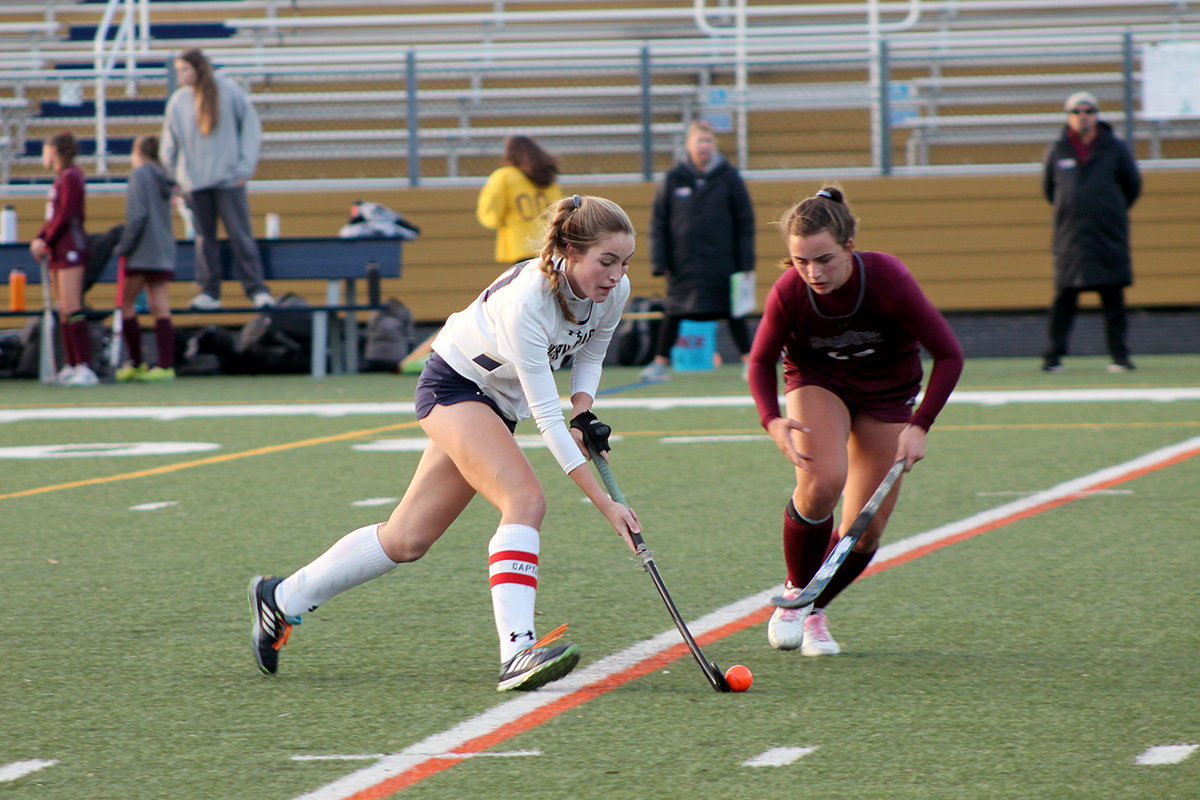 Zoe Day carried the ball upfield as a Bruins player tried to poke the ball away.
Photos by Conor Doherty 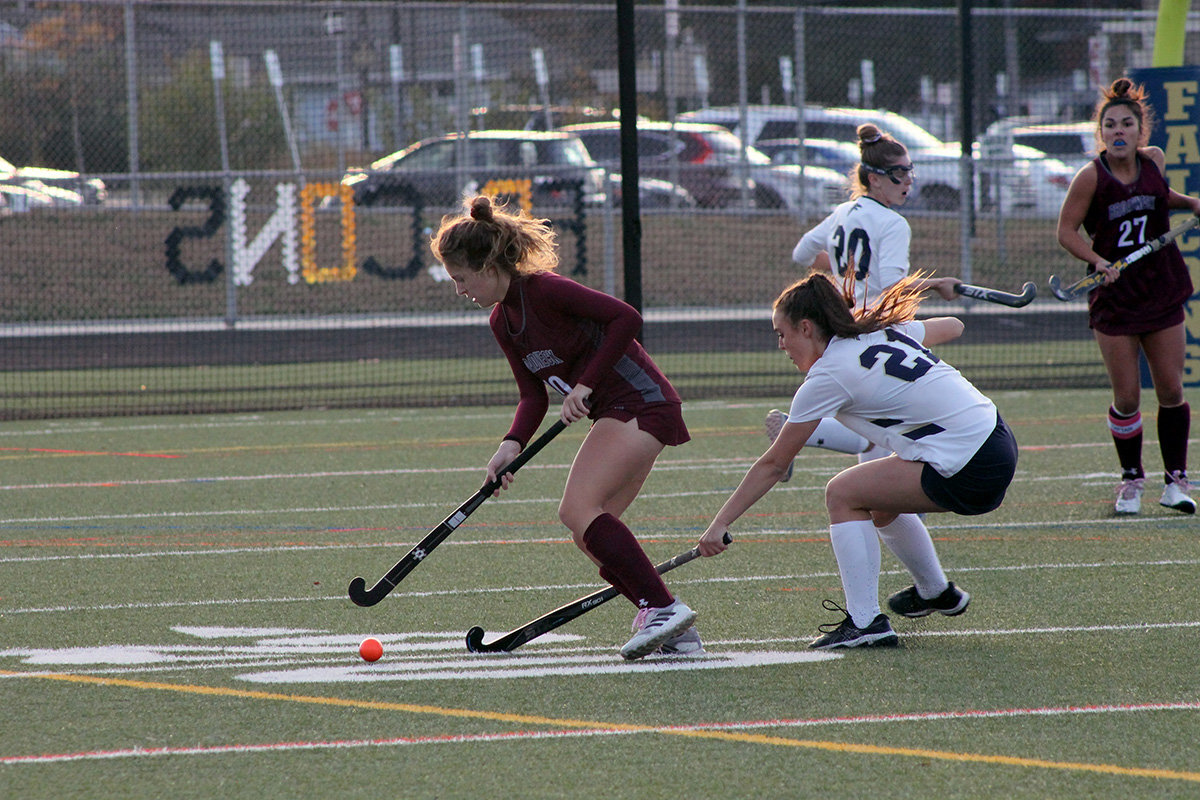 Broadneck's Jess Kopernick advanced the ball as Noel Stefancik, No. 21 for the Falcons, defended against her.
Photos by Conor Doherty 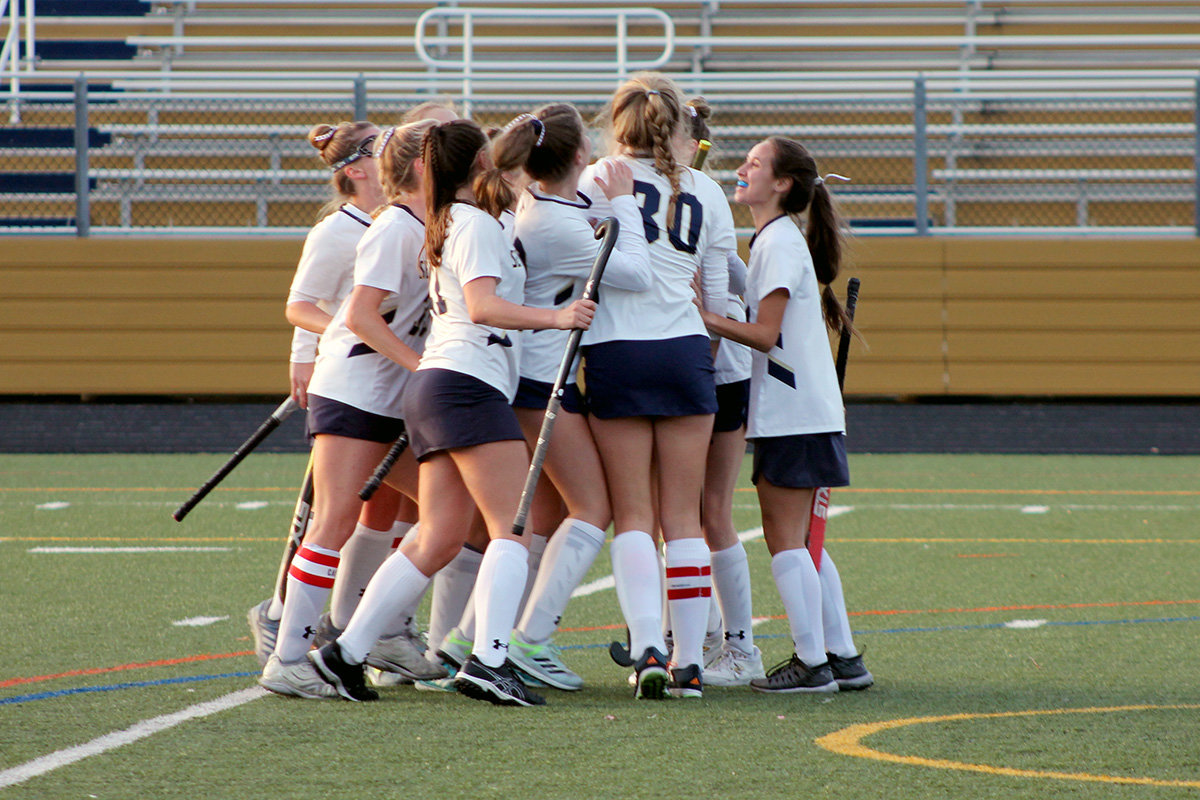 Severna Park field hockey had a defensive showing for the ages, beating the Broadneck Bruins 1-0 in the Maryland Class 4A state quarterfinals on November 5. The third game played between the cross-town rivals this season played out just like the previous two, a close slugfest that was decided by one goal.

Just like in their previous meetings, offense was hard to come by with both teams failing to capitalize on any of their corner opportunities. The Bruins had 15 corner attempts, three times as many as the Falcons had, and the Bruins were never able to put any good shots on goal off those corners. The game-defining sequence for the Falcons’ bend-don’t-break defense came at the end of the third quarter when the Bruins had three consecutive corners in the last minute and a half. The final corner was played in extra time for the quarter and was cleared by the Falcons to end it, deflating the contingent of Bruins students and fans while invigorating the Falcons’ sideline.

Falcons head coach Shannon Garden said that reducing the number of corner attempts has been a point of emphasis for the team. “That number of corners is hard to fight off,” said Garden. “Our defense is amazing, but 15 corners in one game is something we can’t have. That is something that we are going to work on.”

While the Falcons had only five corners in the game, they were able to capitalize on one of them. Playing a man up due to a two-minute penalty given to a Bruins player, the Falcons lined up for a corner in the second quarter. The Falcons got off a clean shot that was stopped by the foot of a Bruins player, resulting in a penalty shot as she was standing behind the goalie and stopped what would have been a clear goal. Senior Zoe Day then nailed the penalty shot, scoring what became the game-winning goal with just minutes left in the first half.

“It’s really exciting that I got to take that shot,” Day stated. “There are so many girls on the team that could score on that shot as well.”

Garden said, “Our best defender, and I think, the best defender in the state of Maryland, scored our one and only goal. There’s not much that she can’t do.”

For Broadneck, the loss ended a great season. “Losses like this burn because it ends your season and you aren’t able to come back in a week; you have to come back next season,” Bruins head coach Shannon Hanratty stated. “We just weren’t able to capitalize on any of our shots today and Charlotte Kramer in goal, Zoe Day on defense, did a really great job against us.”

With the loss, Broadneck finished 12-5 on the season. Severna Park advanced to the state semifinals and will play against the Dulaney Lions on Tuesday, November 9.