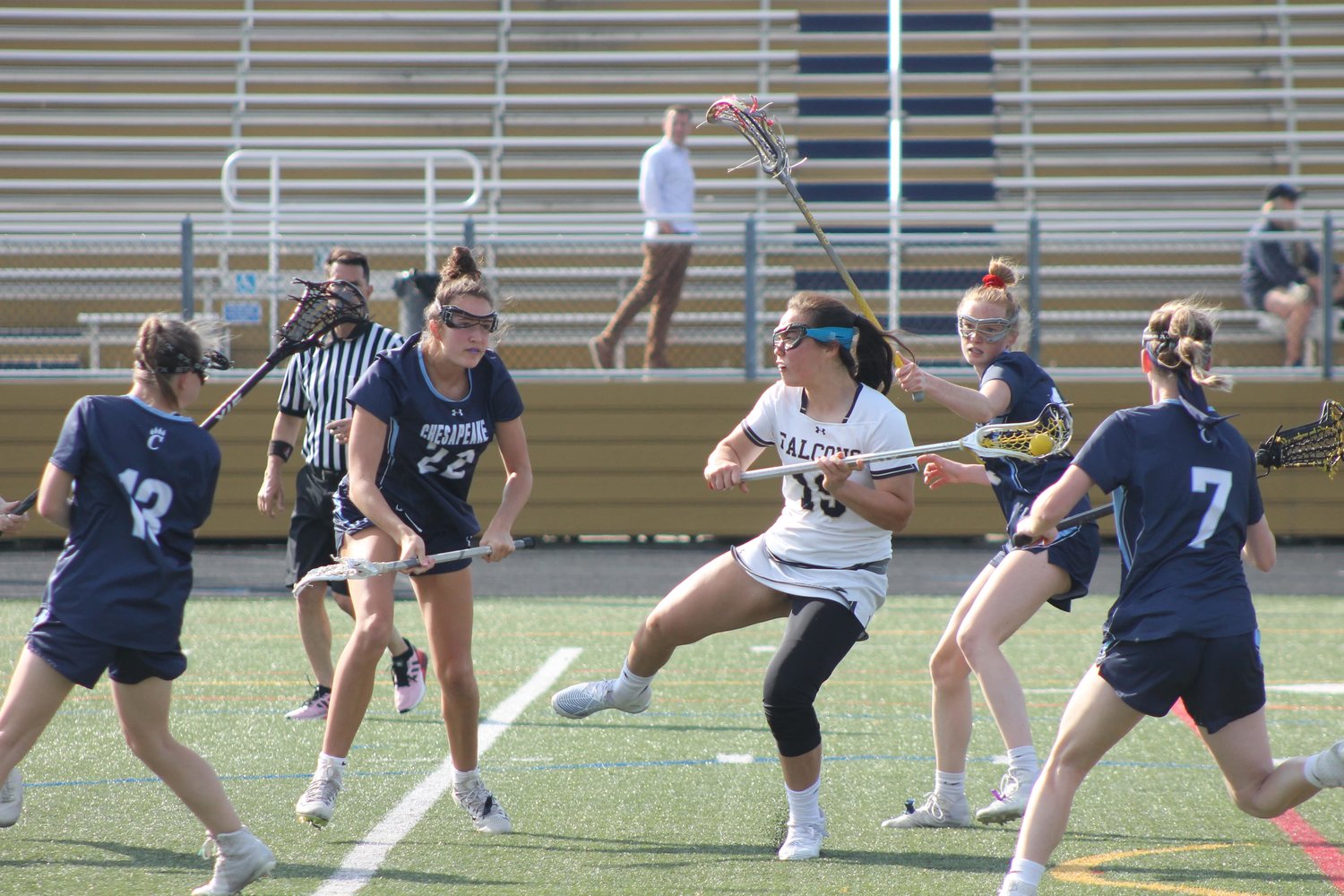 Alyssa Chung fought through traffic to take a shot on goal. She scored one of her three goals on this shot.
Photos by Conor Doherty 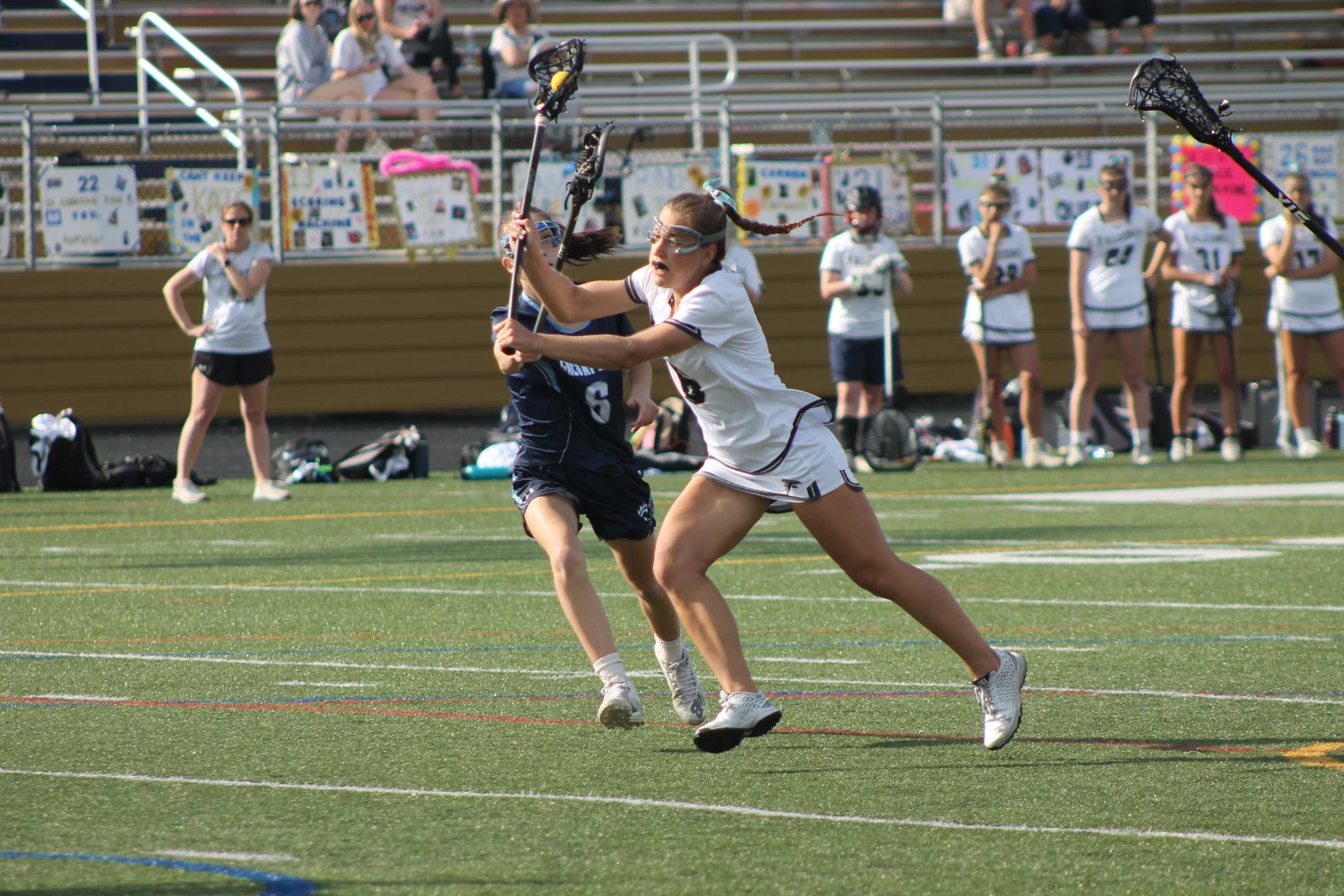 Maddy Goger scored on this shot on goal off a free play.
Photos by Conor Doherty
Previous Next
Posted Wednesday, May 18, 2022 9:44 am
By Conor Doherty

After the Cougars tied it up at 1-1 less than four minutes into the game, the Lady Falcons went on the attack. Led by Alyssa Chung’s hat trick, they scored the next 12 goals in the game to lead 13-1 at halftime. The Cougars would end their scoreless streak four minutes into the second half, as they went 25 minutes of game time without scoring.

Just like in their previous game, the Falcons put in their backups early to give them playing time, which allowed players like Flynn Prengaman and Abby Kavanaugh to join in the goal scoring. Head coach Kaitlyn Hines was proud of how her team played and supported one another.

“It’s huge to get those girls some time out there on the field,” Hines said. “Because they’re going to be the girls that we have fill in a lot of our holes next year. It is nice that we have that depth and use them and are able to develop them.”

With the win, the Lady Falcons advanced to the state quarterfinals, which they will play at home Wednesday evening at 5:00pm.