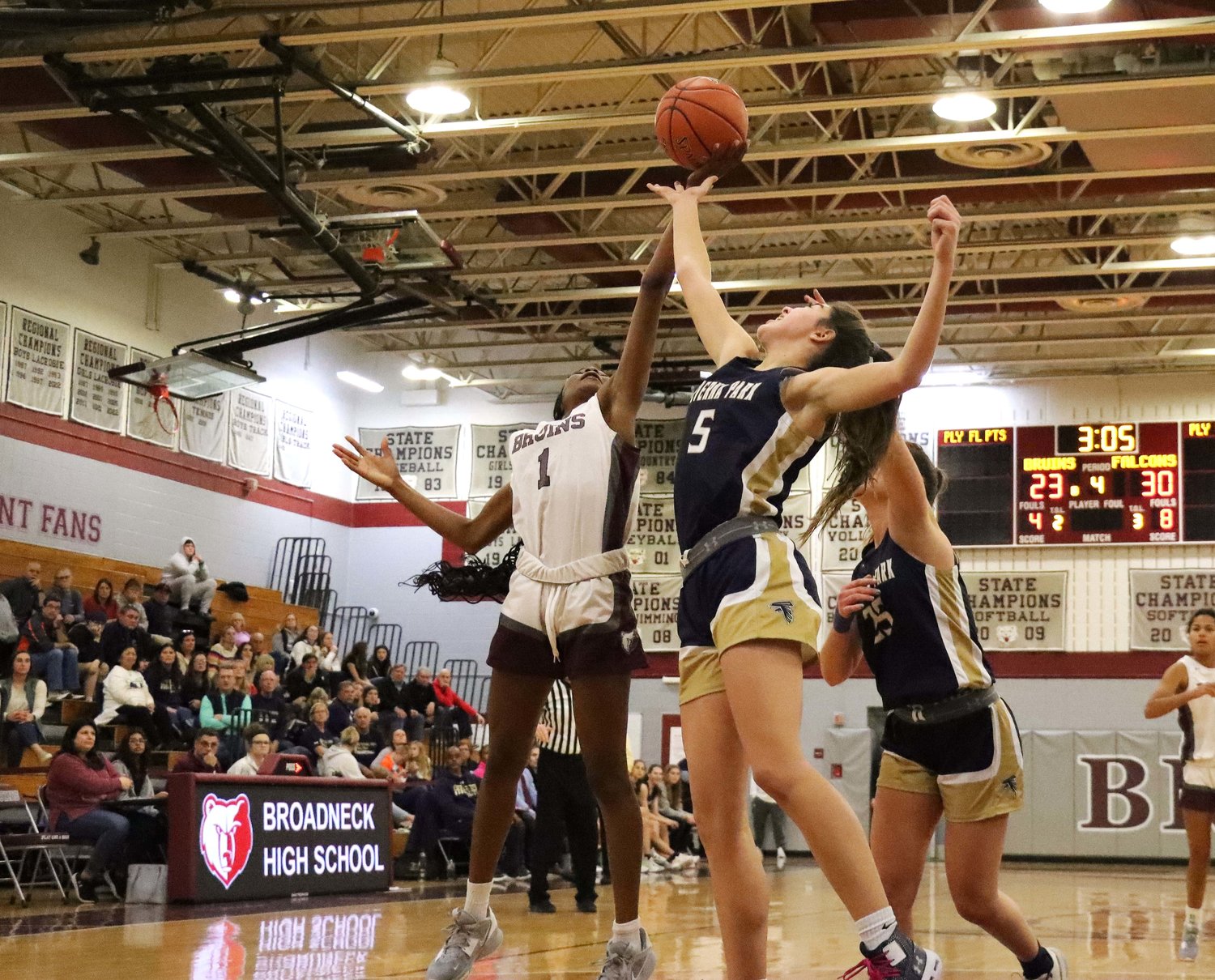 London Best (left) and Lilly Spilker battled for a rebound. 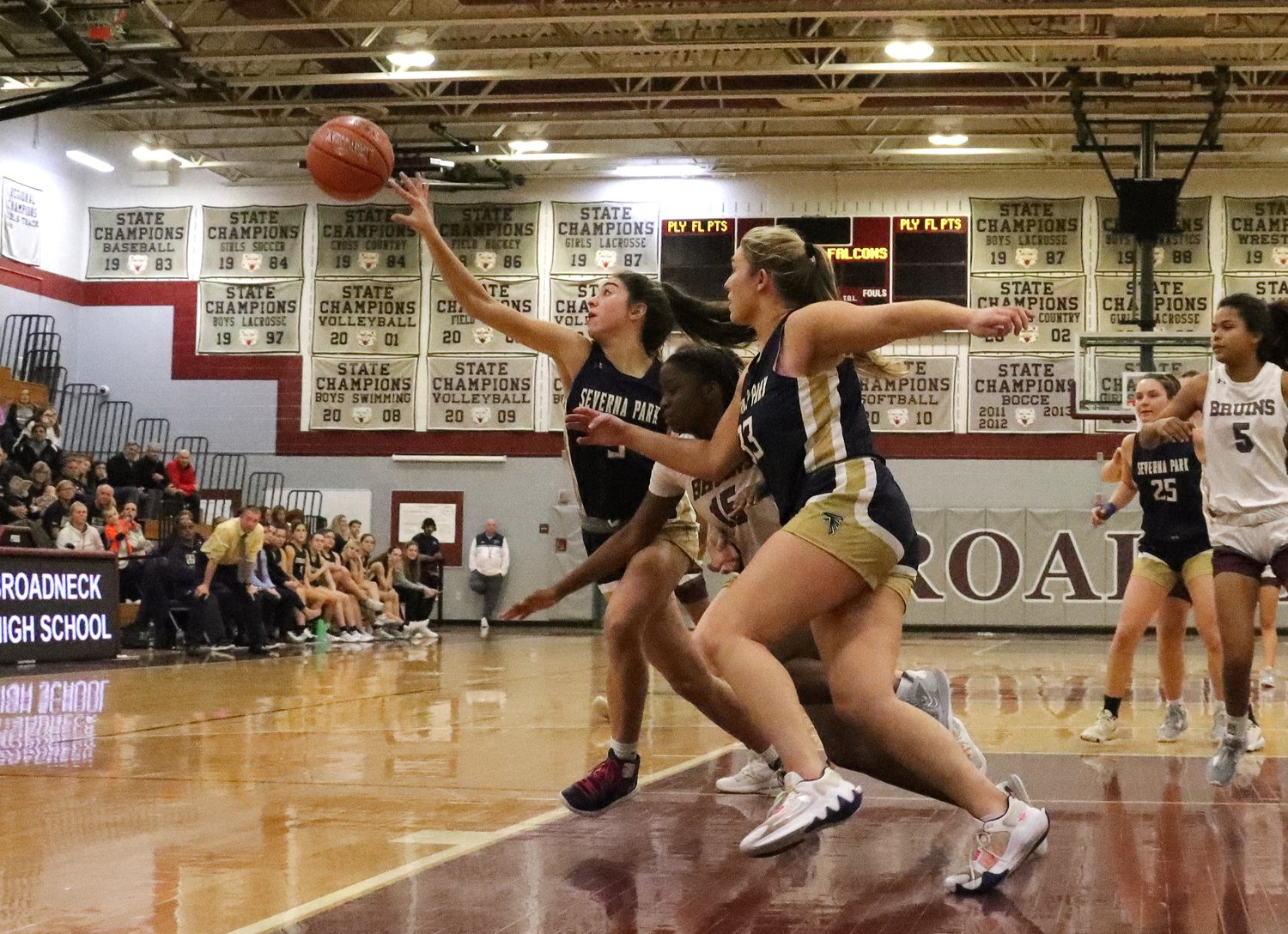 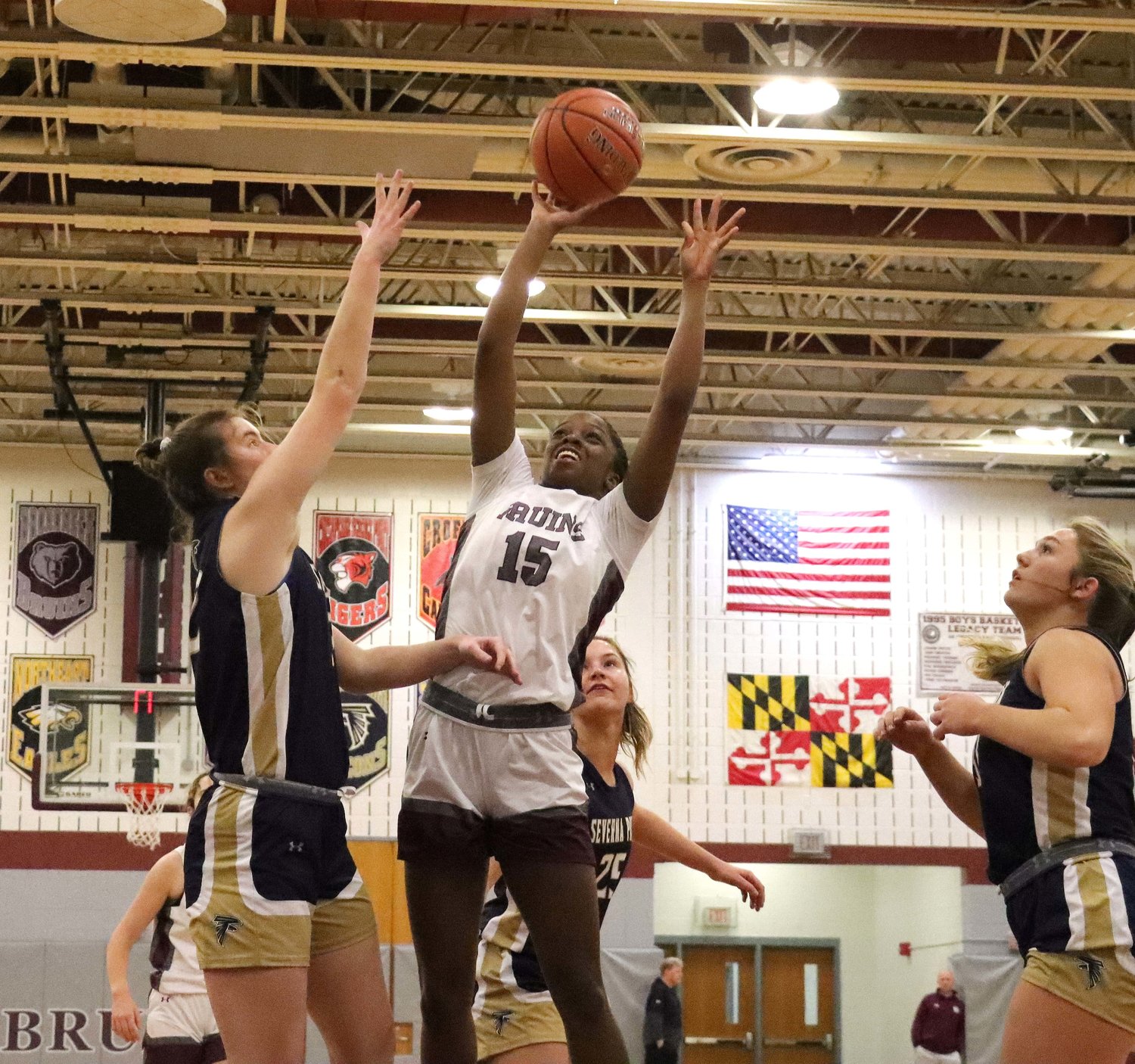 Arianna Jefferies attempted a shot for the Bruins.
Previous Next
Posted Monday, January 23, 2023 4:12 pm
Story and photos by Dennis McGinley

Severna Park defeated Broadneck Friday night in a defensive battle, 33-30, to complete the season sweep. In a game where both teams struggled to score for long stretches, the visiting Falcons held off the Bruins at the end to move to 11-3 on the season.

Despite not giving Broadneck many open looks and dominating on the offensive glass, Severna Park led 7-5 after the first quarter after making only three of 10 free throws. The Bruins used a 10-3 run in the second quarter to take their only lead of the night at 15-14. The Falcons finished the quarter on an 8-1 run, punctuated by a buzzer-beating basket by Verreault, to lead 22-16 at the break.

The third quarter saw both teams struggle offensively, with the Falcons ahead 25-16 heading into the fourth quarter. Broadneck started to attack the basket and slowly cut into the lead. However, Severna Park did enough defensively to hold off the Bruins and escape with the victory.