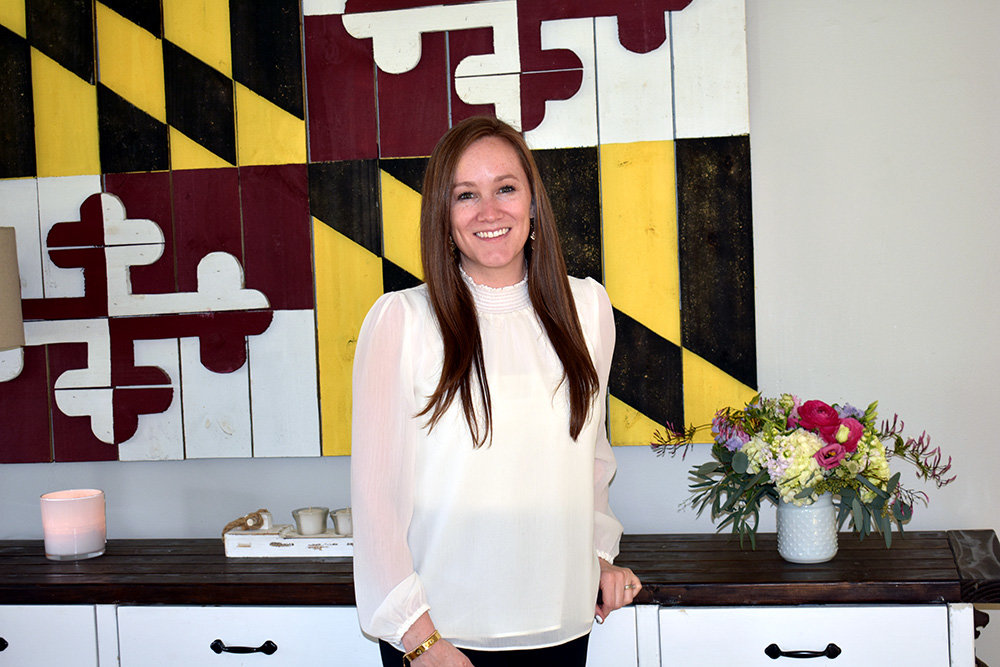 If the definition of a dream job is one in which working doesn’t feel like work, then Ashley Earle, Realtor for Stahley Thompson Homes of TTR Sotheby’s, is living the dream.

A lifelong passion for all things houses and decorating coupled with an affinity for her hometown made real estate an obvious choice for the second act of her career, following the time she took at home to raise her three children.

“It was just kind of a natural segue for me to think, ‘This is really what I should be doing because I’m already helping all my friends and family do it anyway,’ and I just love it,” Earle said.

A fifth-generation Severna Park resident, Earle and her husband, Jimmy, found their current home in 2017.

“We walked in and thought, ‘We kind of feel like we already live here,’” Earle said. “I couldn’t be happier with where we are.”

These days, her focus is making sure her clients get that same feeling when they find their own dream home.

Entering the real estate world at a time when the market is exploding may intimidate some, but not Earle, who joined Stahley Thompson Homes of TTR Sotheby’s, led by Jennifer Chino, shortly before the COVID-19 pandemic hit.

It doesn’t hurt that her areas of expertise – Severna Park, Annapolis, the Eastern Shore and beyond – are widely appealing and engrained in the fabric of her family.

Earle’s maternal step-great-great-grandfather was Frank Churchill Woods, co-founder and original minister of Woods Memorial Presbyterian Church. Decades later, Earle would get married and have her children baptized in the same church.

On her father’s side, Earle has roots in Eastport, with many family homes now part of historic downtown Annapolis.

Aside from the obvious draw of the water, Earle calls Severna Park, “this perfect little triangle between three cities: Baltimore, Annapolis and [Washington] D.C.”

“It’s been a really good fit for me. I love it,” Earle said.