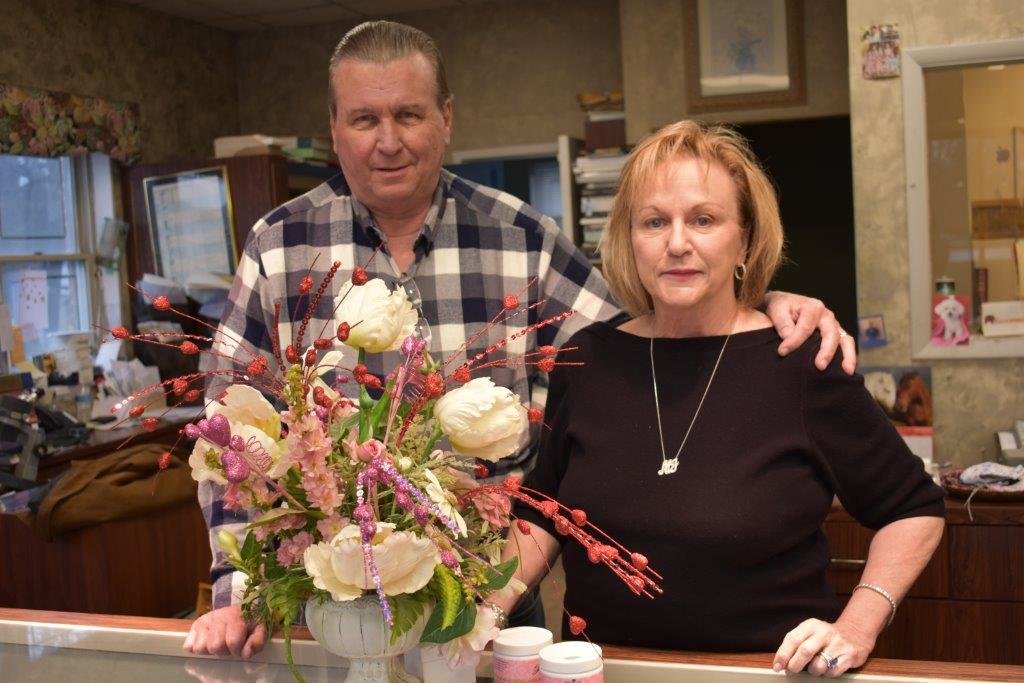 Owner Richard Pfisterer and sales manager Mary Jo Duvall are saying goodbye to customers after closing Mercado & Associates Jewelry, which has been in business since 1978.
Photo By Lauren Cowin
Posted Wednesday, February 16, 2022 12:19 pm
By Lauren Cowin

Those looking to add new jewels to their vault or repair a timeless piece may want to act fast.

After more than four decades of providing one-of-a-kind jewelry and customer service, Mercado &Associates Jewelry will soon close its doors.

Owner Richard Pfisterer took over from the original proprietor, George Mercado, in 2003. His expertise, warm smile, honest nature and ability to give his undivided attention to every want and need of his customers made his store a fixture in the community.

“After 50 years, I’m finished,” Pfisterer said of his retirement.

His lengthy career began at the age of 15, when Mercado himself was at the helm and the store was situated in downtown Baltimore. Seeing an opportunity for a jewelry store in Severna Park, Mercado opened the store we know now in 1978, with Pfisterer at his side. The store has been a fixture in the community ever since.

“He’s very honest, and he’s very friendly, very fair and when you talk to him you just get a feeling of trust, and for a jeweler, you really need that,” said Mary Jo Duvall, sales manager at Mercado & Associates and Pfisterer’s fiancé.

His top-notch products and customer service paid off with his client base.

“We know generations. When it first started, we had the mom and dad, then after that we had their kids. I’m getting into grandkids now,” Pfisterer said.

Their client base not only spans generations, but geography.

“It’s going to be weird to everyone who lives in Severna Park, and then people that have moved away as well because they come back or they mail Richard their things,” Duvall said, noting they have maintained clientele in Washington, D.C., the Eastern Shore, South Carolina and Florida.

Duvall’s favorite memory in her decades at Mercado’s happened right in the middle of the store.

“I had one guy actually propose to his wife in the store…I actually cried, I had tears coming down,” Duvall said.

For the remainder of February, all non-consignment pieces at Mercado will be 50 percent off. Pfisterer intends to pack up shop the second week of March.

As for what’s next? First on the docket is a relaxing summer with good friends at the beach before returning to Severna Park for their next chapter.

Reflecting on his time serving the jewelry needs of Severna Park, Pfisterer said simply, “I loved it, all the people,” to which Duvall added “and the people will miss you, too!”