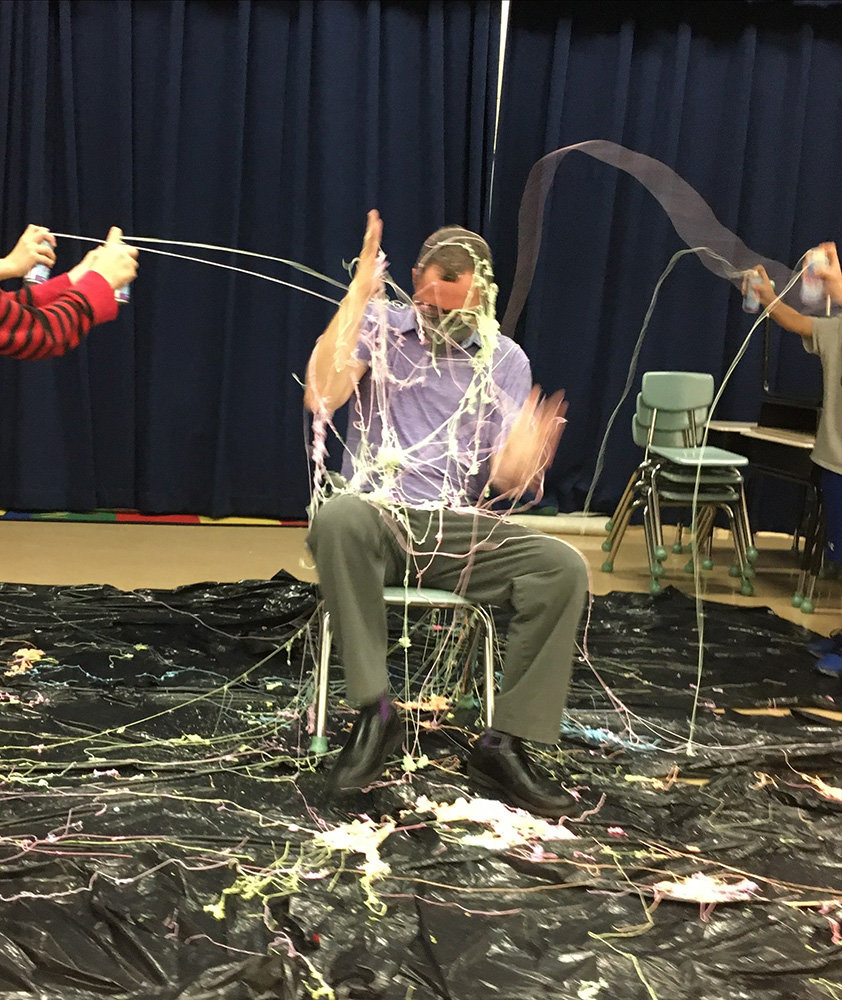 The annual Harvest for the Hungry campaign has become a virtual fundraising event instead of the traditional collection of canned goods and nonperishable foods by individual public schools in Anne Arundel County.

Despite the change of fundraising tactics, Severna Park High School and Folger McKinsey Elementary are once again this year’s top earners for the campaign, which benefits the Anne Arundel County Food Bank. SPHS collected $2,760 during the first week of the drive. As of late October, Folger McKinsey had raised nearly $4,000 so far. The latter amount is particularly impressive since the elementary school has roughly 600 students and the high school’s student body is approximately 1,800. Both schools have used spirit week as the main motivational tool to engage students in the fundraising process.

“Michael Kahn, the school counselor at Folger McKinsey, has a wonderful rapport with the children that is so easygoing and entertaining to them,” said Valerie Shinnamon, PTO past president at Folger McKinsey Elementary. “Kahn is an extremely humble man who also goes above and beyond his duties to do things that help students feel at ease when he’s around. He is funny and does silly things that kids easily relate to and want to participate in.”

Spirit week is a particularly hilarious time for the kids. “I try to entertain the kids by doing progressively sillier things or planning fun activities for each fundraising goal we reach,” Kahn said.

Examples include kids smashing pies in his face or reading to different classes while wearing a sumo wrestler costume.

“Mr. Kahn easily motivates the students to ‘help feed kids just like themselves,’” Shinnamon said, adding that Kahn’s excitement and silly actions make the kids want to share what he is doing with their parents and the rest of the community.

Elizabeth Meadows, a math teacher at SPHS is a member of the Key Club that organizes and runs the annual Harvest for the Hungry fundraiser. She said the high school raised $14,800 last year. This year’s goal is $20,000.

The high school is also working on having a restaurant week and the students keep thinking of new ways to reach out to the community.

Harvest for the Hungry runs until November 23. Visit 63610.thankyou4caring.org/harvest and select the school of your choice to donate funds.