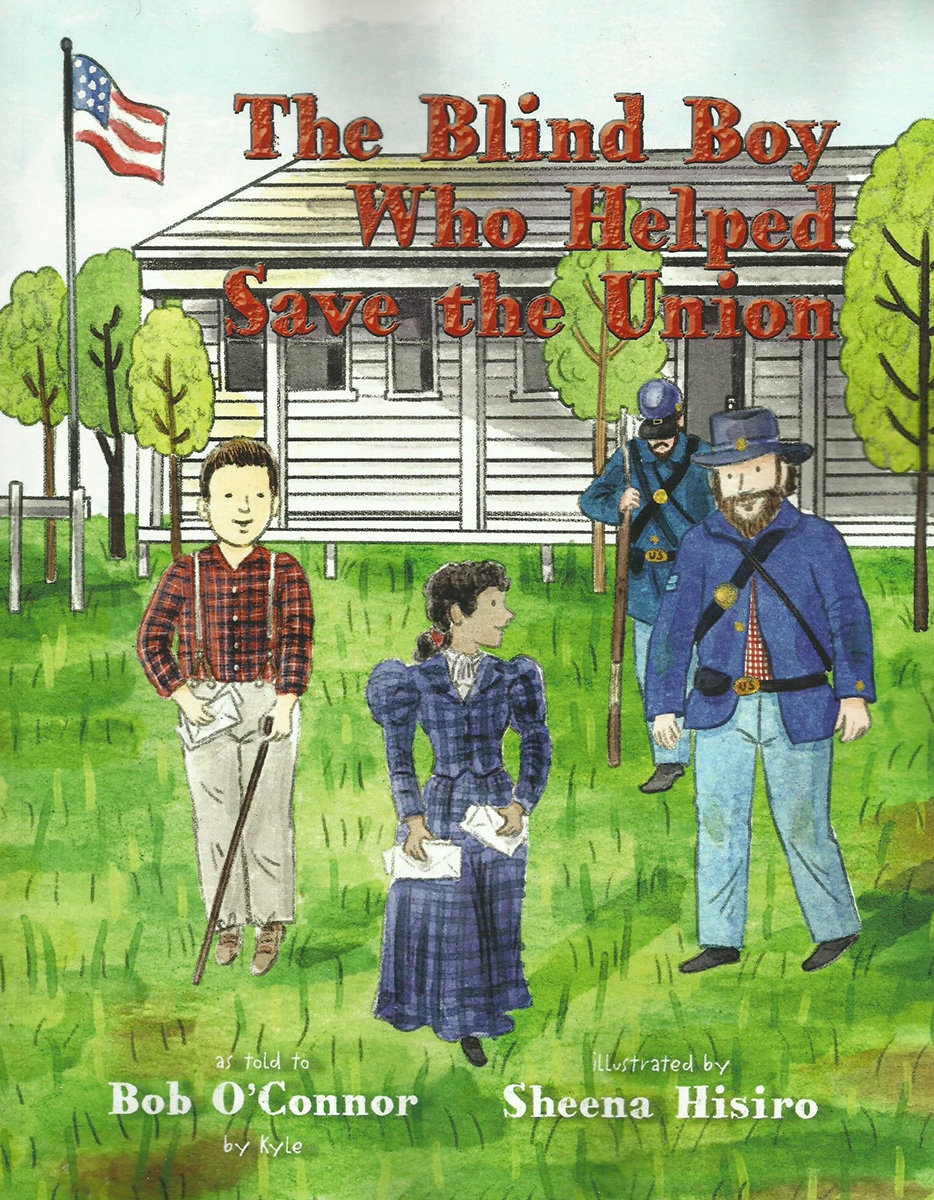 Author Bob O’Connor of Charles Town, West Virginia, has published his 17th book and his second children’s book. The star of the new book, “The Blind Boy Who Helped Save The Union,” is O’Connor’s 15-year old grandson, Kyle, from Severna Park.

Kyle was born blind and attends Maryland School for the Blind. For the book, O’Connor sends Kyle back into the Civil War where he overhears a devious plot. Kyle listens as two men discuss a real Civil War scheme by a southern doctor to send fever-laden blankets to the north to hopefully kill President Abraham Lincoln. The men assume that because Kyle is blind, he is also deaf, which he isn’t. He overhears the plan, turns them in, and foils the plot by identifying them by their voices in a lineup.

In the book, Kyle also volunteers at the hospital at Camp Parole. Because he is blind, he is asked to advise two soldiers who had been blinded by wounds during the war. Because of his help, President Lincoln sends Kyle a letter and a Union hat, thanking him for his “blind patriotism.”

The book includes Kyle’s Black friend, Sandy, who is fictitious. Sandy’s father is a member of the United States Colored Troops (USCT) along with other Black men from Annapolis who fought for the Union in the 30th USCT, which is true.

“I try to be as accurate as possible, even in writing fiction,” O’Connor explained. “For instance, the building in the cover photo is drawn from a photo of an actual building from Camp Parole. I put Kyle and his friend, Sandy, there to volunteer to deliver messages to the various other buildings. President Lincoln’s signature on Kyle’s letter is accurate.”

The book is illustrated by Sheena Hisiro, who also is responsible for the drawings in O’Connor’s Drummer Boy children’s book.

O’Connor’s newest book is based on lessons he has learned from his grandson.

“Kyle is puzzled that people think because he is blind, he cannot hear, and he is stupid,” O’Connor said. “Kyle would tell anyone, ‘I hear fine. I am smart. I just can’t see.’ He wants people to know that persons with handicaps might be just as smart as you or I. They just want us to give them a chance, without judging what they might be able to do or not do.”

The author has been recognized nationally by being named finalist four times in national book competitions. He has written five nonfiction books, 10 historical novels and two children’s books.