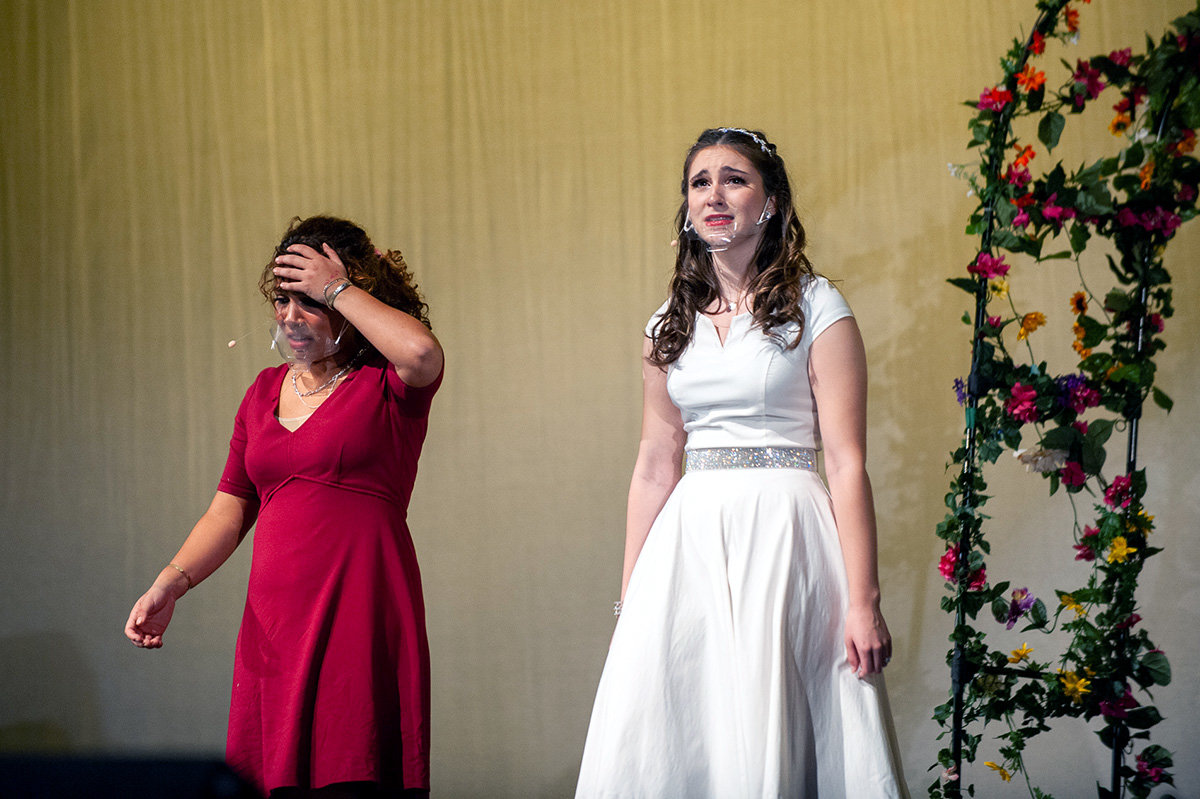 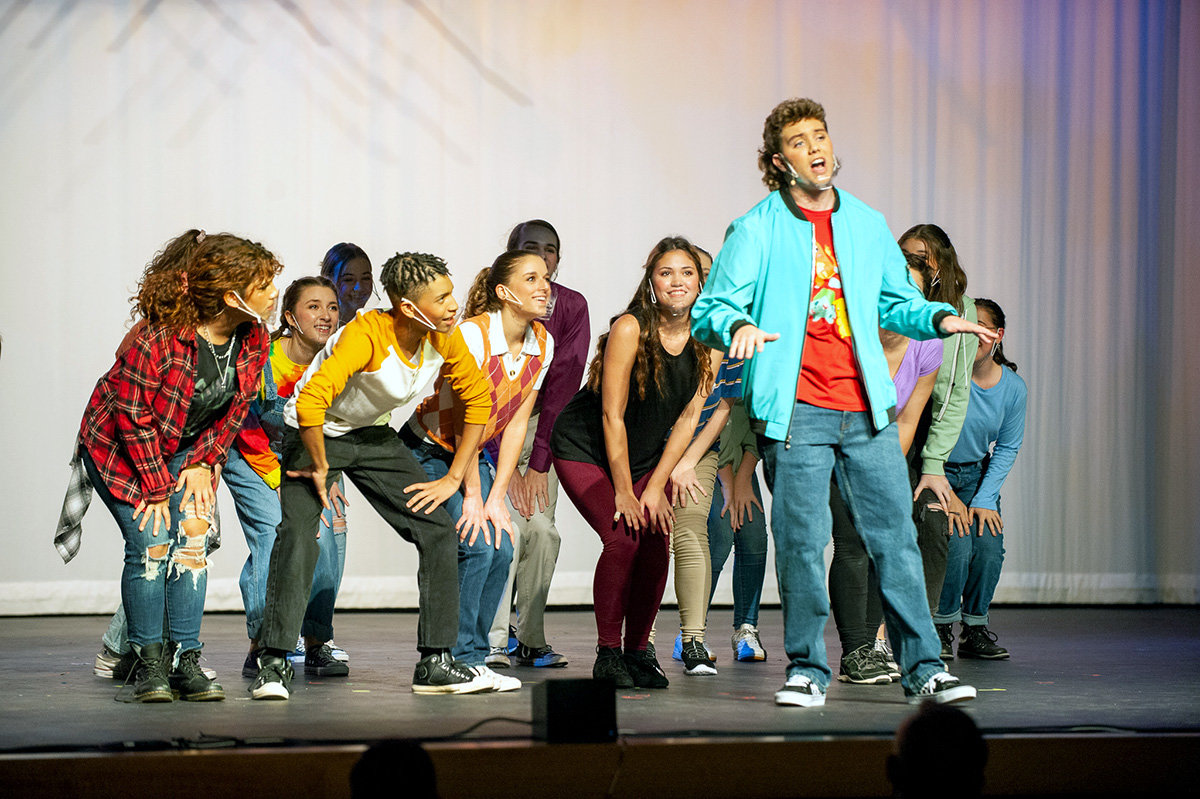 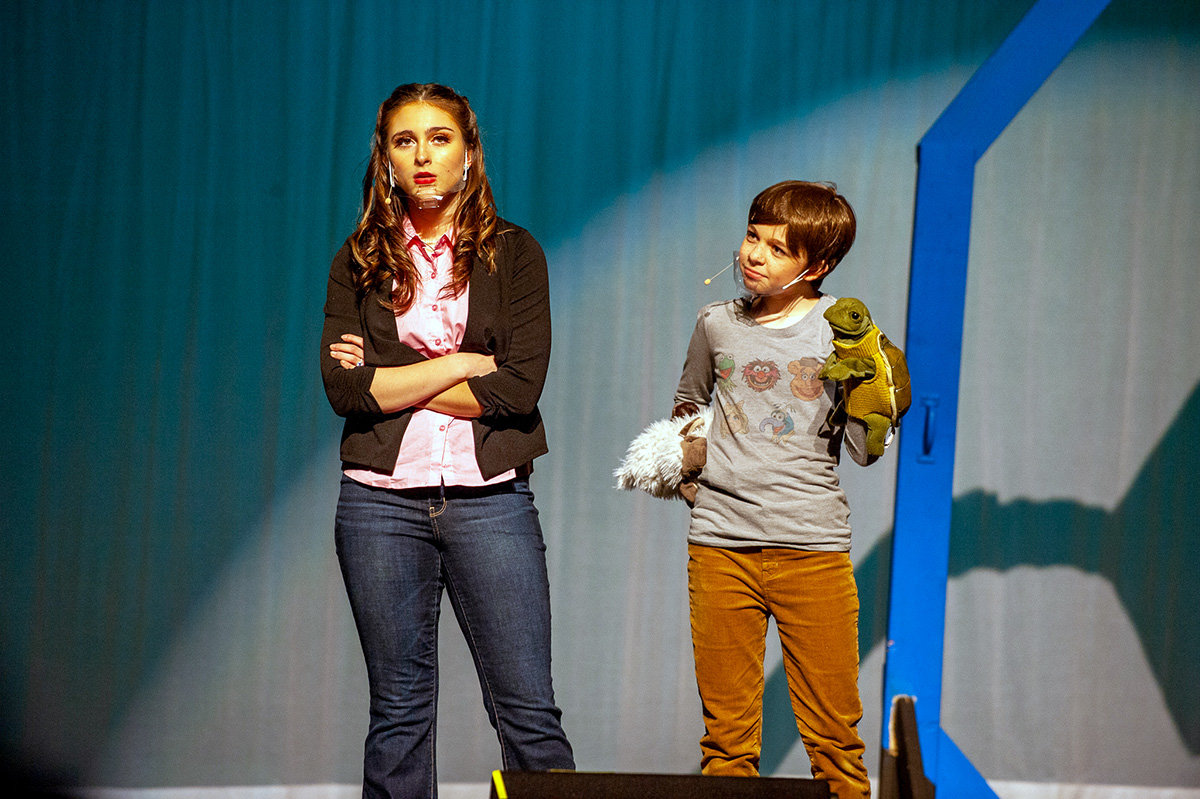 Teenager Ellie Blake and her mom, Katherine, can’t seem to understand each other, but on a strange Friday, the two swap bodies and are forced to walk in each other’s shoes, literally. Thus begins a series of events that unfolds in Disney’s “Freaky Friday,” the Severna Park High School fall theater production, which opens November 12.

Parijita Bastola (Ellie) and Gianna Dicks (Katherine) do a commendable job of balancing their dual roles as both the adult Katherine and teenage Ellie, bringing humor and emotion to the show, along with stunning vocal chops.

“All of the music in the shows that we do at the high school have been old-timey or something magical,” Bastola said. “This was very true to real life.”

Dicks said she could not pass up a role in “Freaky Friday,” with it’s interesting music and characters.

“I really like the casting too because it’s really interesting to play different sides of the family, so you have a very clingy mom who’s obsessed with making everything perfect and her daughter is very loose and ‘everything is fun,’ like a typical teenager,” she said. “So I just thought that was fun. I think the songs in the show are some of the most beautiful, and I’m very happy I have some of the songs I do because I think they are very interesting, and they are also very cool for me as an actress because I get to show different sides of emotions.”

Henry Wright, as Adam, will incite plenty of laughter from the crowd with his affable nature and unyielding love for sandwiches.

“I knew I wanted to play [Adam] because I’m like, ‘This guy is funny,’” Wright said. “I love comedic roles and it has a good score for music. If I got any part, though, I would have had the best time because the music is out of this world.”

Kaelin Tufo, likewise, entertains as Ellie’s charming, puppet-loving younger brother, Fletcher. Many other cast and crew members, as well as the musicians, make the show a thoroughly entertaining experience.

Tickets are $15 and can be purchased online or by filling out a paper form and bringing a check or cash to the school. Masks must be worn indoors at all times.

The cast and crew members are excited for audiences to witness the show.

“I want [audiences] to know that there is always going to be that generational gap between the mother and the daughter,” Bastola said. “We just have to understand each other. I know it’s cheesy, but … it’s a really cute message for all ages — for parents, kids and grandparents also.”

This story will be updated with more comments from the cast after the show ends.