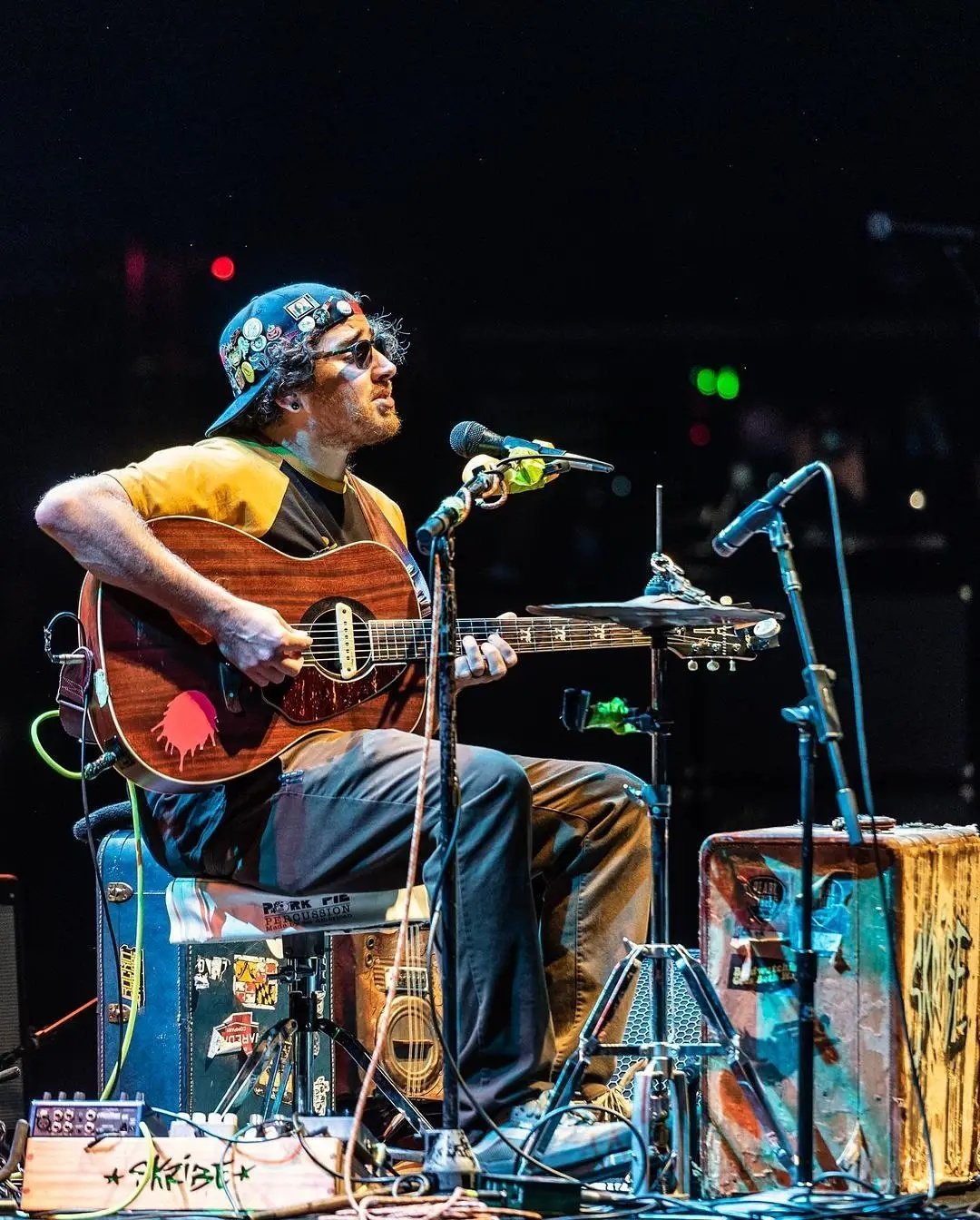 When Aaron Yealdhall was 14, he attended the Wolf Trap music venue in Vienna, Virginia, to see Ani DiFranco on her "Little Plastic Castle" tour.

“Her set blew my mind; I had no idea that an acoustic guitar could sound so strong and heavy,” he said. “That was the first live music experience that really connected with my soul.”

Twenty-three years later, Yealdhall, now known as the singer-songwriter Skribe, had a different view of Wolf Trap on September 4. This time, he performed as the opening act for country musician and former Hootie & the Blowfish lead singer and rhythm guitarist Darius Rucker.

Skribe opened for The Last Bandoleros at Wolf Trap in 2018, a visit that made an impression on the crew, because they booked Skribe for the Darius Rucker show after the opening act was canceled last minute.

“I did my best to put on a great show for the crowd while also making the effort to be an easy setup and breakdown for the Wolf Trap crew,” Skribe said. “My setup involves a few uncommon instruments (suitcase kickdrum, hi-hat with old house keys, kazoo, gas can guitar, old Russian telephone), so I tested and mounted my own microphones beforehand to save some time. The crew there is some of the best in the biz and I wanted to bring a level of efficiency and professionalism while not forgetting to crack jokes and have fun.”

His return to Wolf Trap was “absolutely incredible.”

“I was expecting about half capacity when I started my set at 8:00pm — people mingling around chatting, getting drinks and waiting for Darius' set. I was wrong,” Skribe said. “I walked up to the back of the stage and peeked out to see a packed house with everyone eagerly anticipating showtime. I was feeling super confident all day and then bam, all of the sudden, I feel like Evel Knievel getting ready to jump the Grand Canyon or something.”

The crowd roared and then later connected with one of Skribe’s lyrics.

“They didn't even know who I was, but they were ready to hear some live music on a beautiful Saturday night at a beautiful venue!” Skribe said. “In my song ‘Wicked Charm,’ I have a line that goes, ‘I don't watch baseball, but I hate the Yankees,’ and an unexpectedly large amount of people cheered and clapped for it mid-song. I geeked out a little bit and almost swallowed the next line. I was thinking, ‘Wait, Virginia hates the Yankees too?’

“It is such a beautiful venue; it's really a piece of art,” he said. “The sound was bouncing round so much during soundcheck. I kept looking down at my pedalboard to turn off the reverb, but it was just the natural amphitheater. Once the crowd filled in, it doesn't bounce at all. It's warm and clear and sounds perfect. The crew there is so dang friendly, and so dang good at what they do. It was an honor to play Wolf Trap for sure.”

After the show, Rucker’s head of security invited Skribe to lounge with the band, crew and VIP ticketholders.

“Darius made an effort to speak to every single person that was hanging out,” Skribe said. “I thanked him for the opportunity to share the stage and told him that it was the biggest show of my career. He looked me right in the eyes and said, ‘Just keep doing it.’ Right to the point.”

To see photos and videos from the show, visit www.skribestudios.com or find Skribe on social media. He also has an upcoming show on September 11 at 49 West in Annapolis. Daphne Eckman is opening.