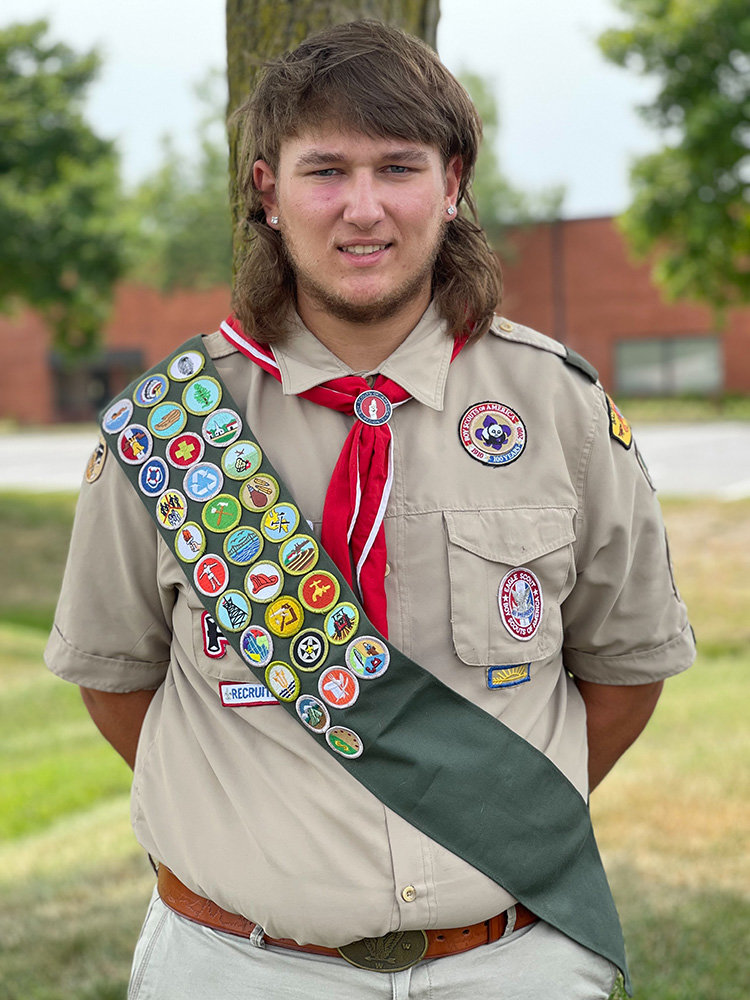 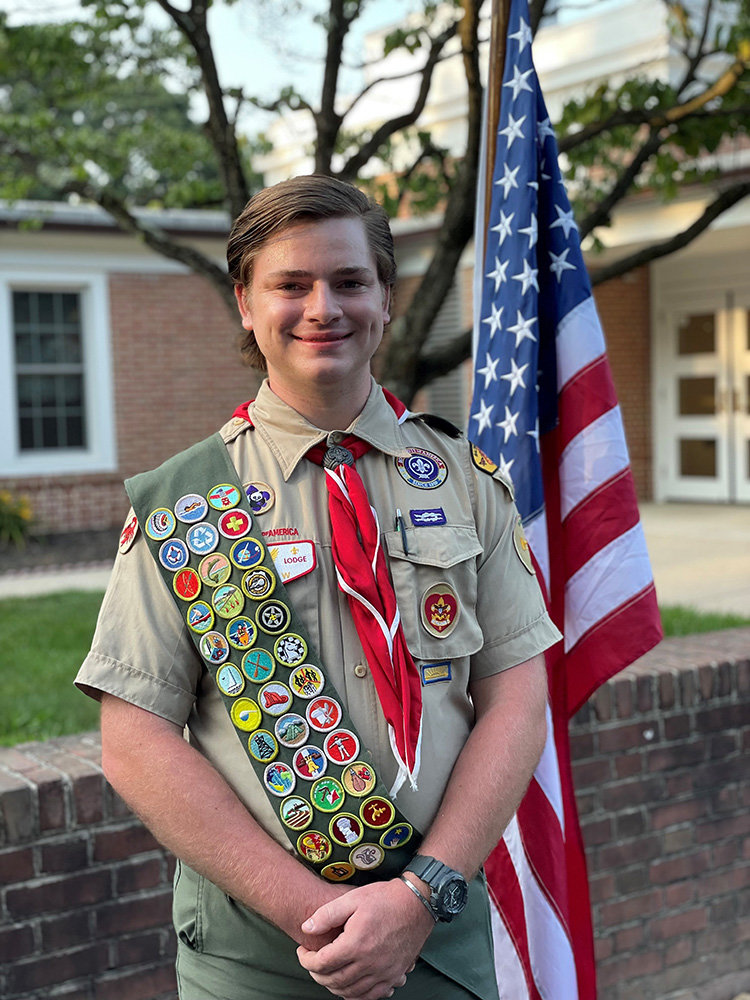 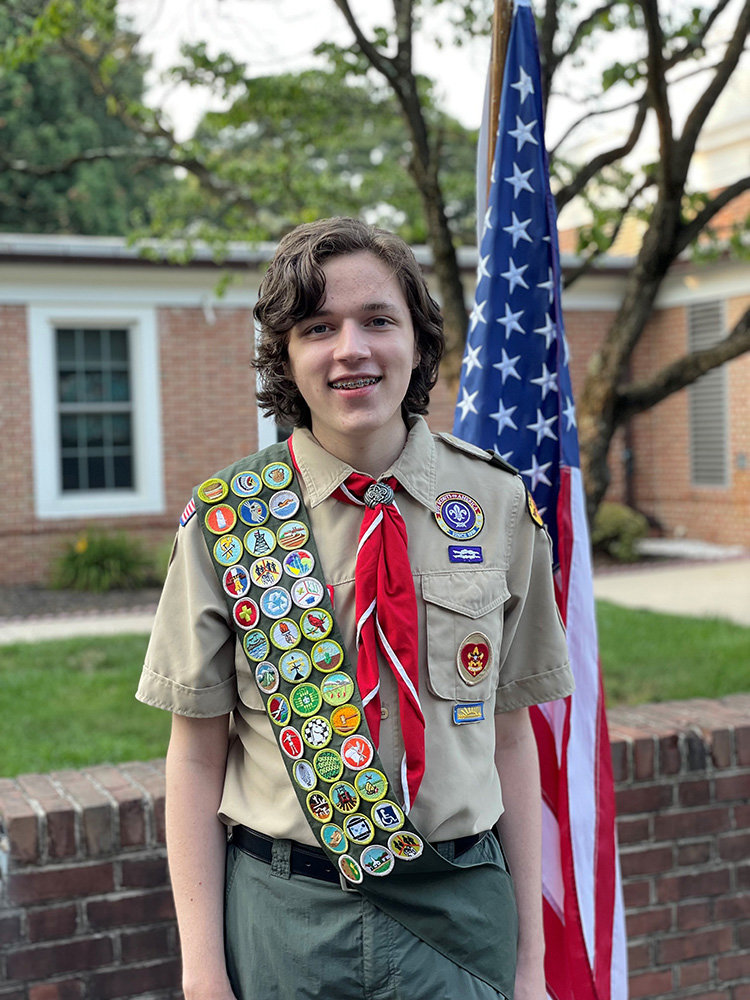 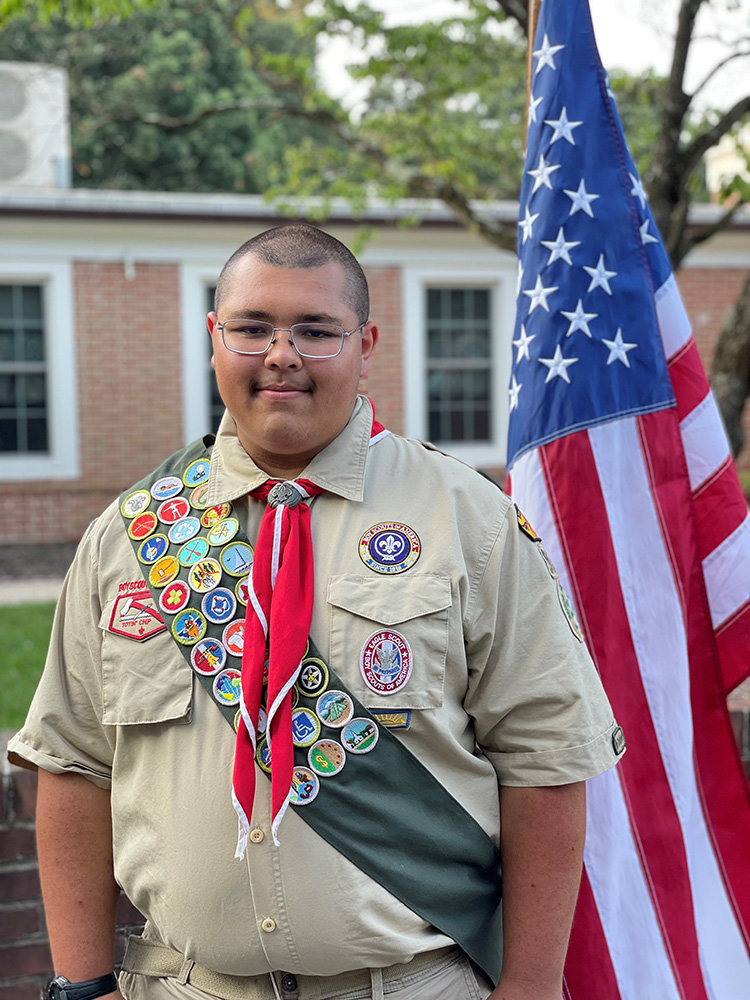 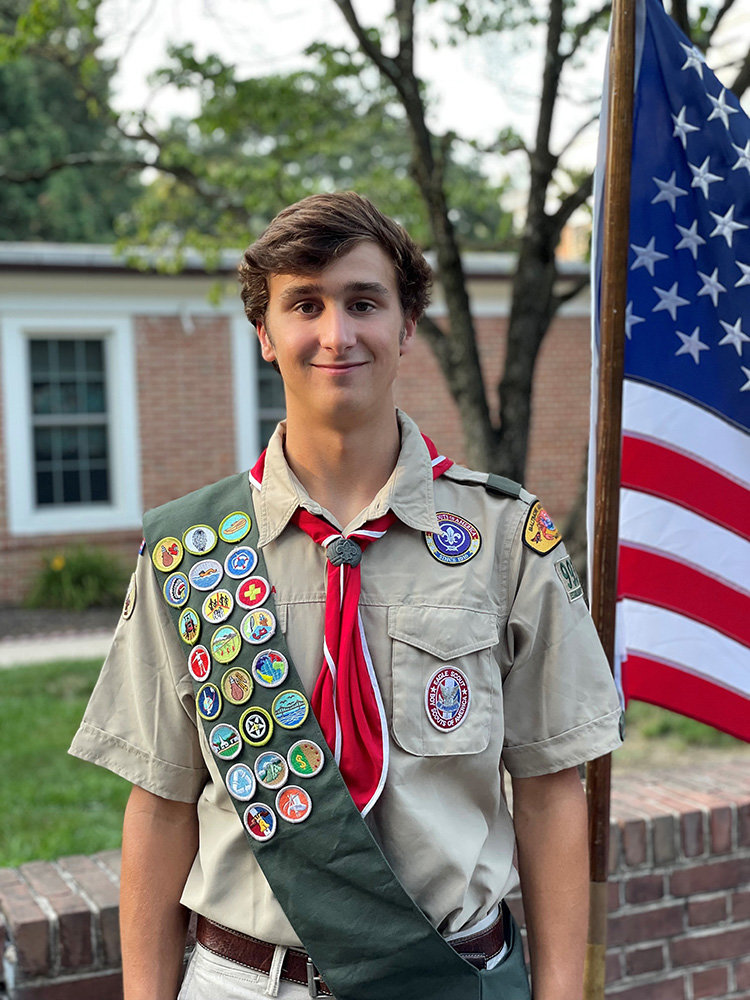 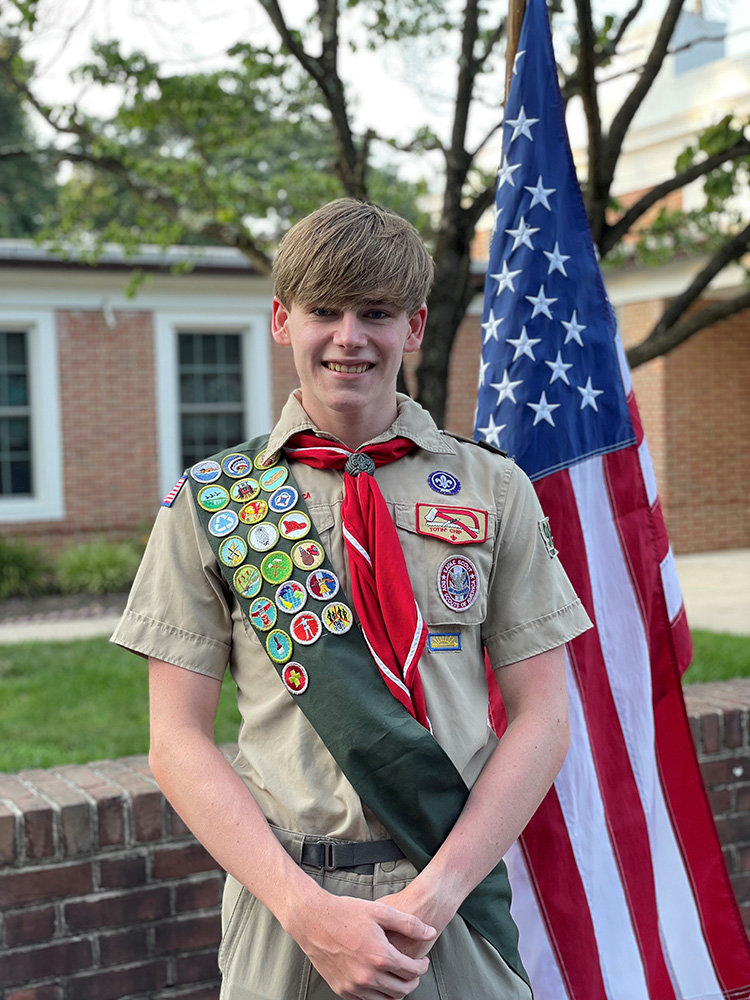 Troop 993 recognized six of its members on August 7 during an Eagle Scout ceremony at Severna Park United Methodist Church.

Babik started his scouting journey as a Tiger Scout with Pack 957 at Southgate Elementary School. Over the years, he participated in the Pinewood Derby, Rain Gutter Regatta and multiple camping trips. Babik progressed through the Cub Scout ranks, and in 2015, he received his Arrow of Light and bridged over to Troop 993.

Over the past six years, Babik has continued his scouting career with Troop 993, earning 31 merit badges, participating in numerous camping adventures and making more memories to last a lifetime. He used his leadership roles as troop guide, patrol leader, assistance patrol leader, Order of the Arrow representative and junior assistance scoutmaster to help guide and mentor younger scouts in the troop.

Babik’s Eagle Scout project was building a sturdy, weatherproof food collection storage box for SPAN (Serving People Across Neighborhoods), a nonprofit organization helping people through critical or emergency situations such as hunger, utility turnoffs, court-ordered evictions and prescription/medical needs. The collection storage box provided SPAN the opportunity to collect and store food donations regardless of weather conditions or fear of animals tampering with the food.

Babik is currently a senior at Old Mill High School. In addition to scouting, he also competes in football, lacrosse, and track and field.

Bierdeman began his scouting journey at the age of 6 as a Tiger Scout of Pack 405 at McEachern Methodist Church in Powder Springs, Georgia. Bierdeman relocated to Maryland in fifth grade with his family and joined Shipley’s Choice Pack 688. It was there he completed Cub Scouts and earned the Arrow of Light award. He bridged over to Troop 993 in 2014.

During his many years at camp, Bierdeman earned numerous merit badges and was inducted into the Order of the Arrow in 2017. He experienced multiple High Adventure camps including Sea Base and Summit. His scouting accomplishments include the Conservation Award, Paul Bunyan Award, senior patrol leader and group lead at Summit High Adventure Camp.

Bierdeman’s Eagle Scout project entailed building mobile gardens at the Complete Care assisted living center. This work has allowed residents in the dementia unit the ability to garden and have handicap wheelchair access.

Bierdeman is an active member of Severna Park United Methodist Church and a recent graduate of Severna Park High School. During his time there, he played the trumpet in the marching band and participated in the sailing team.

Elser’s time in scouting began as a Tiger Cub in Pack 688 at Shipley’s Choice Elementary School. Highlights of his Cub Scout years include Pinewood derbies, cake decorating contests and the first of many camping trips. Completing his years as a Cub Scout, he earned the Arrow of Light and bridged to Troop 993.

Elser earned 39 merit badges and was selected for the Order of the Arrow. He held the leadership positions of patrol leader, assistant senior patrol leader and Order of the Arrow representative. His favorite memories of scouting are from the many camping trips and summer camps he attended. The pinnacle of these trips was completing three High Adventures with his father, including Summit Bechtel Reserve, Sea Base and Philmont.

Elser’s Eagle Scout project was designing and installing a pollinator garden at Shipley’s Choice Elementary School. Pollinators are nearly as important as sunlight, soil and water to the reproductive success of over 75% of the world's flowering plants.

A recent graduate of Severna Park High School, Elser is heading to Rochester Institute of Technology for the bachelor’s/master’s program in computing security. He will continue to use the scouting lessons he learned in leadership, discipline and teamwork in college and throughout his life.

When it was time to transition to Boy Scouts, Mann found his people in Troop 993. For his Eagle Scout project, he designed, constructed and installed bat boxes in the Shipley’s Choice community. Bats are a natural pest control as they eat thousands of mosquitoes each night.

Mann has now graduated from Severna Park High School. He plans to continue to volunteer his time with Troop 993 as an adult leader. He also plans to attend Anne Arundel Community College in the fall to pursue a career in forestry as a park ranger.

Monaco began his scouting career in fifth grade when he joined Troop 993 with some of his lifelong friends. Throughout his seven years with Troop 993, he has attended numerous camping trips and service projects and has earned 23 merit badges. Monaco also participated in two High Adventure trips, Summit and Seabase.

Monaco completed his Eagle project in August 2020. His project consisted of building a trail and a bench around a small memorial located in Shipley’s Choice. His project provides a place for the residents of Shipley’s to relax and enjoy nature.

Monaco is a senior at Mount Saint Joseph High School. In addition to Boy Scouts, he is on the water polo and mountain bike teams.

Pope started his scouting career in Pack 688 with the Cub Scouts. He and several of his friends decided to progress to the Boy Scouts and joined Troop 993.

During Pope’s seven years of scouting, he enjoyed all of the camping trips, especially the Summit High Adventure. Some of his favorite memories are when his tent flooded with water on Assateague Island, when he earned the biking merit badge with a friend as a new scout, and when he was elected into the Order of the Arrow.

Pope’s Eagle project was the beautification of the Severncrest traffic divider. This project was done during the COVID pandemic.

Pope plans to use the skills he learned in scouts to help him during his senior year at Severna Park High School, in college and eventually in his career.