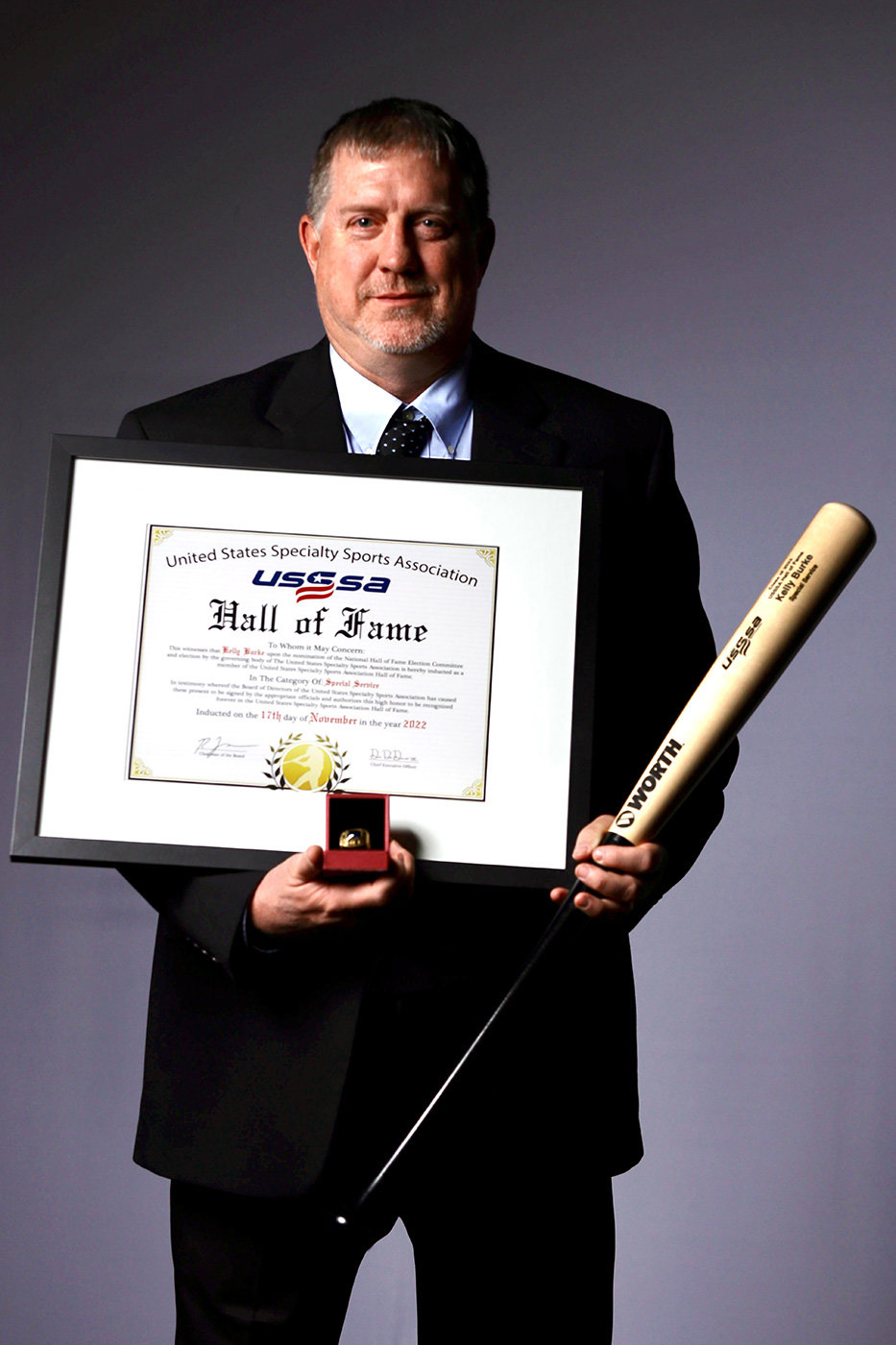 Kelly Burke wears a pair of hats in the local softball scene. Burke serves as Severna Park High School’s assistant softball coach, and he also coaches for TNT Maryland travel softball. He’ll now sport a couple of national awards for softball coaching excellence and knowledge of the sport off the field.

With a career in computer programming combined with his softball knowledge, Burke was able to know exactly what the USSSA needed. What he came up with was a multi-function, multi-sport database that allows for team registration, coach’s tasks, and team management functions and requirements.

Meredith McAlister, Severna Park High School’s head softball coach and TNT Maryland 18U Gold head coach, said she nominated Burke for the Assistant Coach of the Year award because of the time and energy he puts in as an assistant.

“We decided about five or six years ago that we needed to do some additional work with our feeder systems and the club softball ranks to develop the level of play back to what it was years ago,” McAlister said.

McAlister and Burke’s partnership has produced a state championship for the high school and several of their players have gone on to the college ranks.

After taking a break from coaching, Burke eventually took his place back in the dugout after a misunderstanding led him to ultimately coach a 14U rec team.

The Green Hornets softball commissioner at the time approached Burke in the stands at Severn School during a boys rec basketball game that Burke was coaching in. The commissioner asked Burke if he’d coach the 14U girls rec softball team, and he immediately said yes. But Burke misheard the commissioner.

“I thought she asked me if I knew any girls who would want to play on that 14U team,” Burke said.

Burke said the team he inherited was so full of talent, but they just needed coaching.

“Four or five of those girls went on to play for the high school and win a state title,” said Burke, who added that they then went on to play in college on scholarships.

Now that he’s coaching year-round, Burke proudly pointed out that his assistant coaches on his 10U travel team are the same players from that 14U rec team.

Burke said that he’s proud of his athletes, and because of softball, he’s not only seen them improve their skills on the field, but he’s seen them mature into great mentors to other young women.

“It’s fun to coach,” Burke said. “It’s great to compete and try to win, but it’s all this other stuff going on that makes softball so rewarding."

McAlister noted that Burke’s ability to transition between age groups and talent levels when coaching is enough to work anybody’s patience, but she applauded Burke’s patience and dedication.

“These roles as travel coaches are unpaid and involve countless hours of work, money, time away from family and friends, and are rewarded only with seeing the success that young athletes have, the smiles they give, the lessons they learn and the athletes and people they become,” McAlister said.

Now that he’s coaching the 10U TNT Maryland travel team, Burke can’t imagine being at any other level. Accolades and awards are great, but they are not what Burke is working toward.

“This age group is so eager to learn,” Burke said. “Win or lose, they are learning to love softball. These girls put everything they’ve got into softball.”