Sorry To Burst Your Bubble, But “Candyman” Falls Short Of Being A Horror Classic 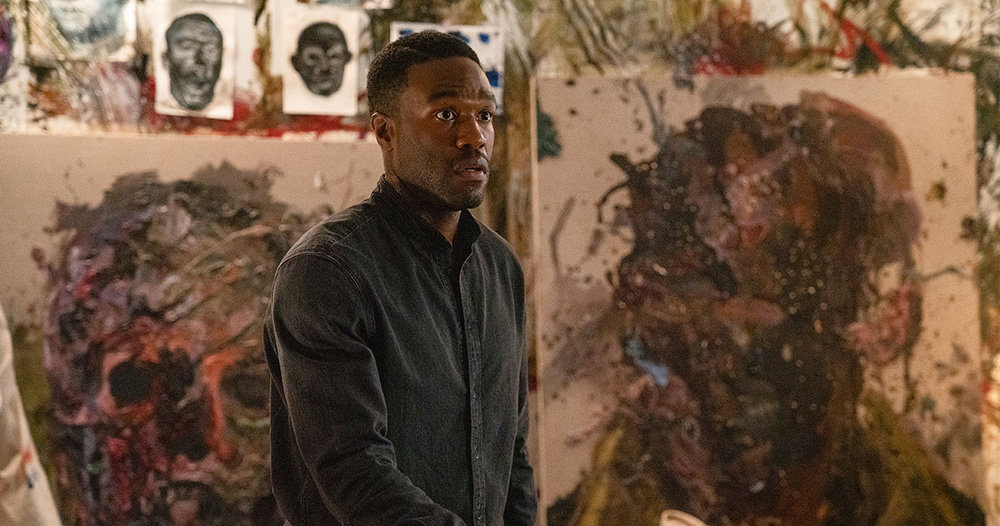 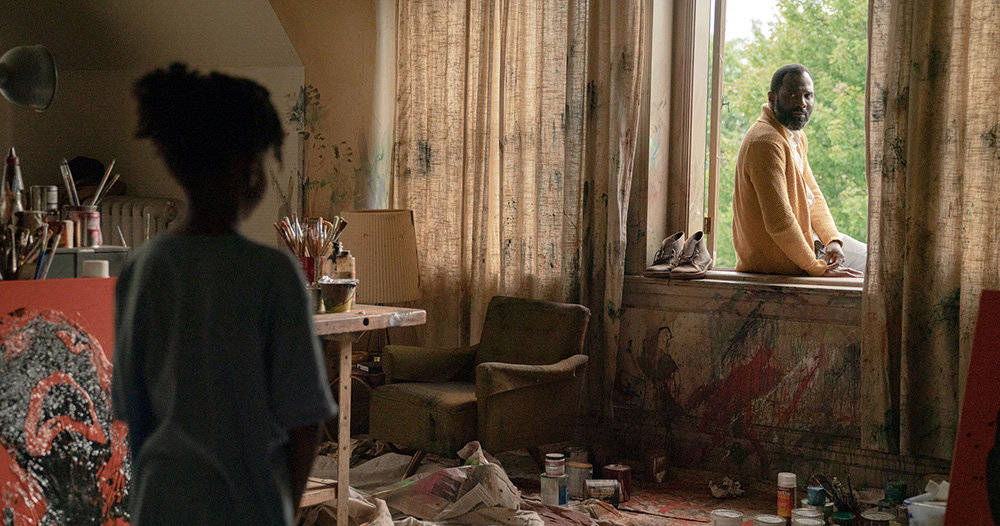 The housing projects of Chicago’s Cabrini-Green neighborhood serve as the backdrop for horrifying events in “Candyman.”
Photos courtesy of Universal Pictures
Previous Next
Posted Wednesday, September 8, 2021 4:30 pm
By Audrey Ruppert

I had high expectations for “Candyman.” Jordan Peele, who essentially invented a new genre of cerebral, racially focused horror, co-produced this film. It is the sophomore effort of Nia DaCosta, whose directorial debut (“Little Woods”) was met with wide critical acclaim. The cast is full of up-and-comers, and the film itself is the “spiritual” sequel to the legendary 1992 slasher of the same name. Unfortunately, under the weight of all these expectations, “Candyman” falls a little flat.

The premise is simple: a series of Black men throughout history, who lived in what is now the Cabrini-Green area of Chicago, found themselves victimized by white people in various ways. The original Candyman fell in love with a white woman and was lynched as a result. The most recent Candyman was murdered by police who wrongly suspected him of putting razor blades in the candy of white children. These vengeful spirits can be summoned by anyone who says “Candyman” into a mirror five times.

In the modern day, an artist named Anthony learns about the Candyman “legend” and begins to create art centered on said legend. Anthony’s girlfriend, Brianna, is an art curator and features his work at a local art show - thus inadvertently bringing the Candyman back to Cabrini-Green.

I don’t want to be like the white, snotty, arty critic who looks at Anthony’s work and essentially labels the artistic representation of Black pain as “too literal” or poorly done - I acknowledge I am not of this community and therefore my opinion should be taken with a grain of salt. That being acknowledged, my opinion is as follows: “Candyman” just doesn’t pack the same punch that any of Peele’s previous work has.

“Get Out” tries to lure viewers into a false sense of security, with sinister undertones creeping in the background, until the climactic end where the full horror of the exploitation of Black labor, Black people and Black artistic achievement is laid bare. “Us” is a surreal, easter-egg-packed, horrifying metaphor for the two Americas that have existed since the foundation of our nation, and before. “BlacKkKlansman” is witty, biting, thought-provoking and compelling throughout. “Candyman” feels like a slightly more intelligent version of “Halloween.”

The characters feel quite thin, though I suppose this is slasher tradition. The only character I am vaguely invested in is Nathan, Brianna’s brother - but he only appears briefly at the beginning and then rarely makes an appearance after that. The impact of films like “Get Out” stem from their ability to make you empathize with the protagonist, step into his or her shoes, only to be betrayed by characters you thought were trustworthy. “Candyman” doesn’t take us on the same ride, and thus, we are less horrified when its characters die or become sinister.

Social commentary seems to be peppered in rather than artfully woven into the plot. Gentrification, police brutality, echoes of the case of Emmett Till - these are alluded to and then forgotten, without any of the threads making a huge impact. The way the new Candyman is created makes little sense as well - we see the new Candyman borne out of the insane plotting of a Black man set on vengeance, rather than borne out of white supremacy, like all the other candymen. Is Candyman supposed to be an anti-hero in this film? One who will only wreak vengeance on racist people? That theory could make sense, perhaps, but Candyman’s intentions seem to be rather inconsistent, with victims all across the board, and of multiple races.

Tonally and visually, the film is beautiful, but the thematically it is inconsistent. It’s also not that scary. We get a couple visceral kills, either onscreen or offscreen, but it doesn’t have that same underlying sense of dread or impending doom that you’d find in a film like “Us” or “Hereditary.”

Perhaps “Candyman” doesn’t need to be consistent or even that impactful - considering the horror Black people have historically been through in this country, it’s surprising there aren’t more legends of Black, Mike Meyers-style ghosts who come back to haunt us during blockbuster season. If you want something a bit more elevated and intelligent than your run-of-the-mill slasher film, then “Candyman” is for you.