“Sound Of Metal” Is A Moving Experience 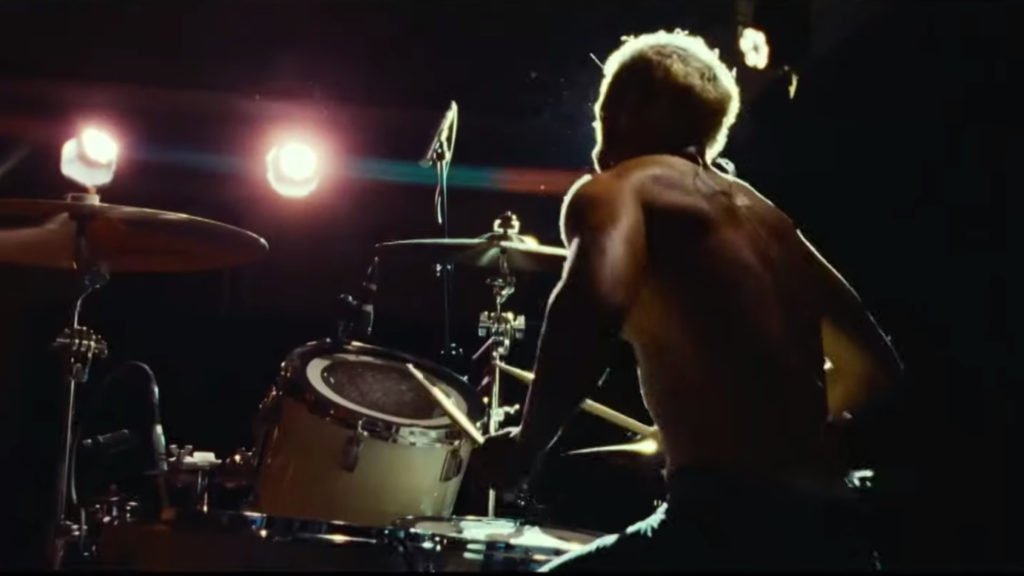 “Sound of Metal” offers an interesting pontification: whether or not providing an unnatural fix to a natural obstacle is right, maybe there is something more to be gained in coming to terms with the challenges we all face.
Photo courtesy of Amazon Studios
Previous Next
Posted Tuesday, January 19, 2021 2:35 pm
By Julian Reese

Darius Marder’s “Sound of Metal” is one of the newest films released as an Amazon original. Amazon has been keeping up with other streaming services in producing and creating original films. The film follows Ruben Stone (Riz Ahmed), a drummer who comprises half of the fictional metal duo Blackgammon. His girlfriend Lou (Olivia Cooke) is the group's vocalist. The two live together in an RV — their lifestyle characterized as “gypsy-like.” Though the music they play is intense, their life is simple and serene.

In the film’s opening minutes, we are treated to both the sounds of the group’s music and that of their day-to-day ambience living together. Soon, Ruben’s hearing begins to fade, and upon seeing a doctor, he learns that it is progressively deteriorating. At one point early on, the images shown beforehand of Ruben’s morning routine are displayed again; this time, their sound muffled and ringing, and the absence, the deadness, that now prevails over Ruben is made immediately clear. As Ruben hits rock bottom, drastic action needs to be taken, and he finds himself at a rural community that teaches those with deafness how to overcome their obstacles. Not only is this a community for deaf individuals but also specifically recovering addicts who are also deaf.

As is revealed, Ruben has also struggled with addiction. “Four years” he says he’s been sober. But it becomes clear that the pain and anguish that comes with Ruben’s deafness is straining his sobriety. At points in the film, parallels and connections are made between Ruben’s craving for his past life — his at first unrealistic optimism that a surgery will fix all his problems, physical and mental, and that of an individual undergoing withdrawal.

The film’s most effective sequences occur when it employs “subjective sound.” In many scenes throughout the film, the way that Ruben hears the world is expressed to the audience. Such is the work of grand and elaborate sound design, which apart from the performances, may be the strongest aspect of “Sound of Metal.” Its treatment of deafness is poignant and accurate — clearly well researched. The effort to cast many actors from the deaf community gives the film an added realism and tenderness.

The camerawork, leaning more toward that of cinema verité or the deeply humanistic work of American auteur John Cassavetes, adds a personal touch, and accentuates the film’s emotional authenticity. A brilliant sequence occurs in which Ruben is at a party, listening to Lou and her father perform a song together. To the audience, it begins clearly, and the melodiousness of the music is apparent. But as it progresses, the sound becomes characteristic of the way Ruben perceives it. The chorus and piano become chunky and warped, and they stay this way for the rest of the scene. The apparent irreversibility of Ruben’s condition is truly embodied.

“Sound of Metal” offers an interesting pontification: whether or not providing an unnatural fix to a natural obstacle is right, maybe there is something more to be gained in coming to terms with the challenges we all face — to embrace the silence, so to speak. “Sound of Metal” succeeds because its answer, or opinion, on this matter is vague and impartial. It is ultimately the role of the viewer to find a solution to this predicament.

“Sound of Metal” is now streaming on Amazon Prime.