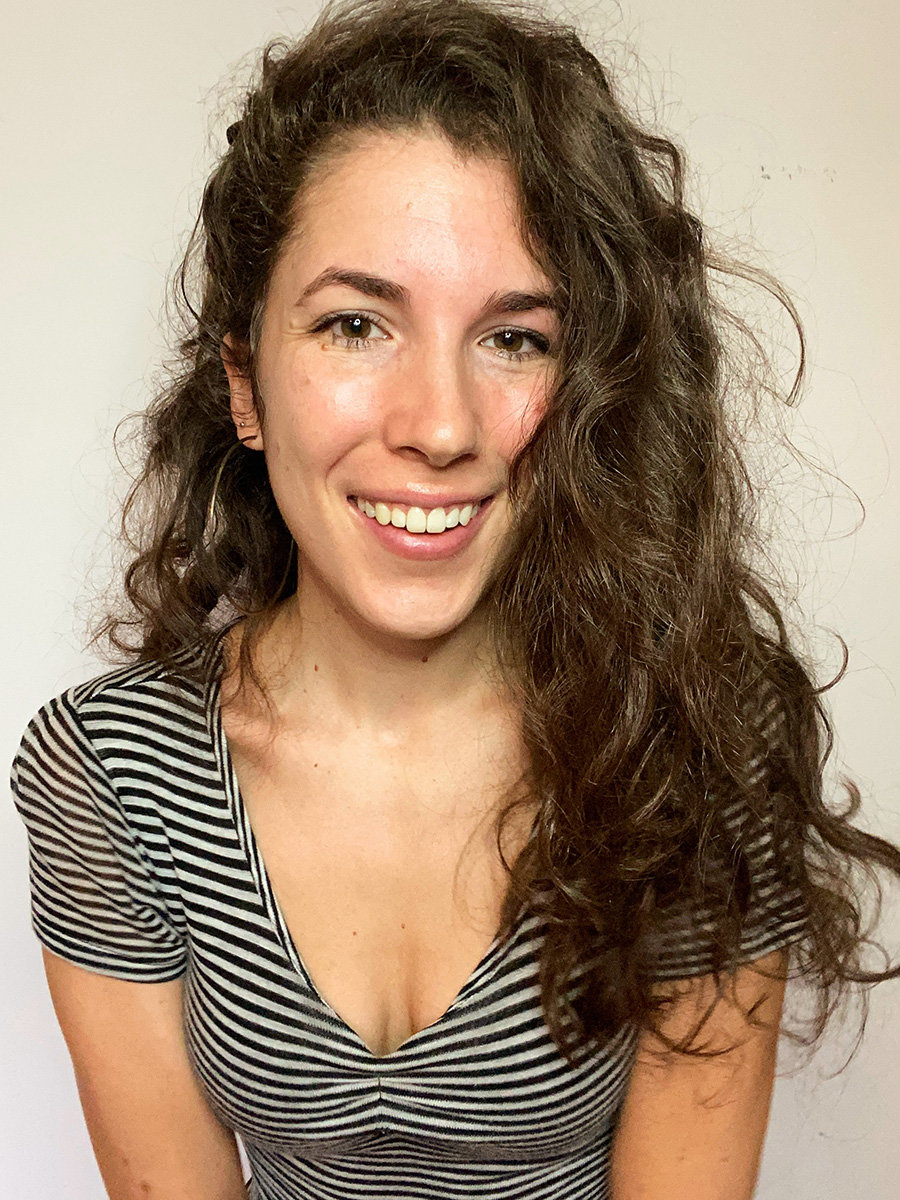 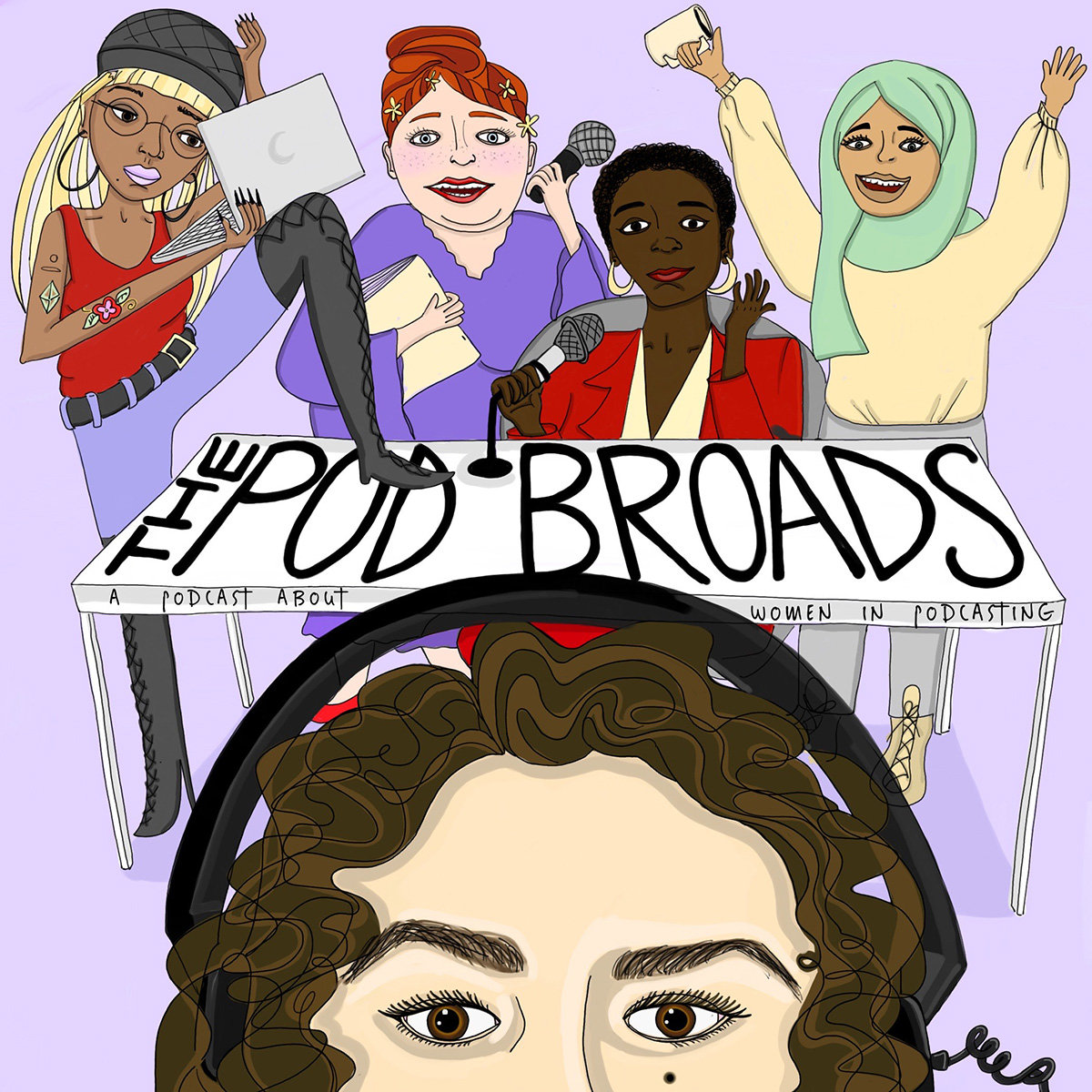 “The Pod Broads” is an interview-style show where women in podcasting talk about their life experiences and work. The artwork was designed by Elsa Bermudez.
Previous Next
Posted Tuesday, March 9, 2021 3:39 pm
Try These Links

Alexandra Cohl has found her voice, and she is using it and her unique online platform to highlight and celebrate other women’s work in podcasting.

A graduate of Severna Park High School and the University of Delaware, Cohl moved to New York City in 2014 to teach creative writing with Writopia Lab, a nonprofit that provides extracurricular enrichment and writing support for students. She later earned a master’s degree in English literature from The City College of New York, began freelance writing, and became an avid listener of podcasts — the award-winning “Serial” was her introduction to the digital audio phenomenon.

In summer 2019, her interest in women-led podcasts inspired her to launch POD.DRALAND. She described its origins as “the very beginnings of a blog.” She was writing about women-hosted podcasts back then and never stopped.

Today, POD.DRALAND offers three main features: The Tuesday Pod — where Cohl lists podcast recommendations, Pod.Radar — a place to read short interviews with independent women podcasters, and The Pod List — where podcasts of interest are organized by topic. The platform offers a newsletter subscription and branded merchandise, and it profiles Cohl’s public relations and social media strategy services. Cohl built the online presence herself, creates most of its graphics and images, and even designed her logo. POD.DRALAND also highlights “The Pod Broads” — Cohl’s podcast.

“The Pod Broads” is an interview-style show with women in podcasting — hosts, producers and editors — who talk about their life experiences and work. Cohl launched it in February and has already released four episodes. “It’s been received really well,” she said. Since debuting, “The Pod Broads” has been downloaded more than 500 times, and people are sharing it.

Cohl has enjoyed honing her skills as a producer, host and editor. “Anna Sale — host of “Death, Sex & Money” — has definitely impacted the way I approach interviews,” Cohl said. “Another podcaster that really got me into podcasting and whose work I still follow and appreciate is Tracy Clayton, host of ‘Another Round’ and ‘Back Issue.’”

Cohl is pleased to be fulfilling her mission of getting women heard. New episodes are released weekly on Wednesday mornings, and “The Pod Broads” is available on Apple Podcasts, Google Podcasts, Spotify and other podcasting apps.

POD.DRALAND has been rewarding work. “It has put me in community with so many women in not only the United States but the world,” Cohl explained.

She has found connection and community with a mix of women from different backgrounds working on varied projects. “We are coming together to support each other,” she noted.

Cohl acknowledged that through POD.DRALAND, she has gained confidence. “I can tap into my own voice and have power in it,” she said. “I can say what I want to say, unfiltered, and speak up for others if they can’t or aren’t ready to.”

Cohl offers this advice for young women: “Make sure you give yourself the time and space to explore what you like and feel you could spend hours and days spending your time with. Surround yourself with people who believe in and support you. You have an important perspective and voice in this world, and someone somewhere needs or wants to hear or see or read it.”

A self-described multi-hyphenate creative, Cohl plans to continue podcasting, writing and uplifting. On her website, she points out that only one-third of podcast hosts on major networks are women. Cohl aims to help change that reality. Explore her podcast recommendations, interviews and perspectives at POD.DRALAND. See her brand come to life on Instagram @pod.draland. Find out more about “The Pod Broads” at www.poddraland.com/the-pod-broads-a-podcast-about-women-in-podcasting.