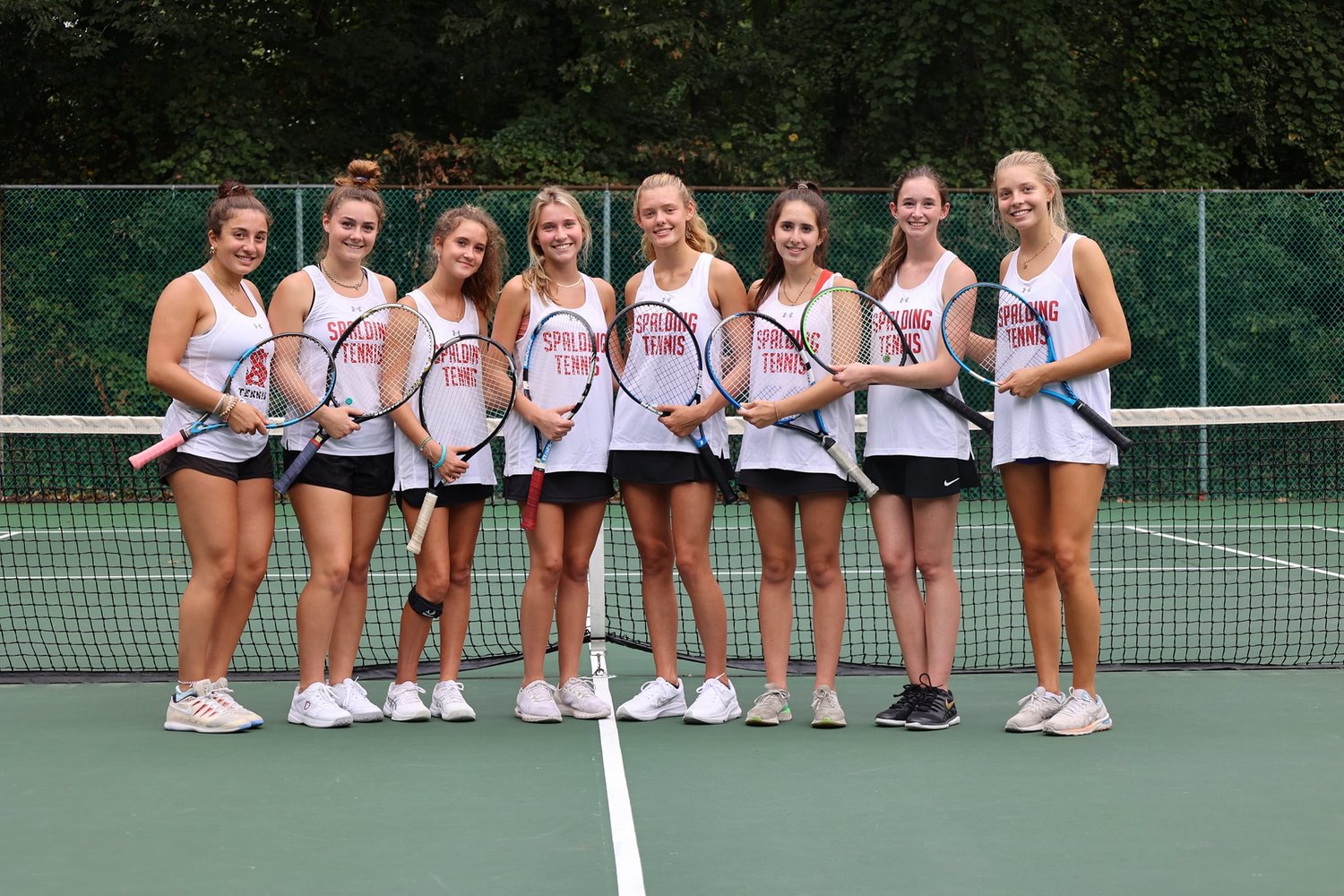 Throughout the fall season, the Archbishop Spalding tennis team piled up an impressive list of accomplishments on their way to winning the program’s second B Conference championship in three years.

“I’m most proud of having 70 girls come out for tennis and at least 60 sticking through the season,” Jacobson said when asked about the team’s success. “We have made it our goal to get as many kids in the Spalding community interested in playing tennis even if they never play a JV or varsity match.”

Jacobson was able to recruit kids, in part, due to a coaching style that emphasizes fun.

“Yelling at players never works in my opinion, particularly with girls,” he said. “I’ve never coached anyone who missed a shot on purpose. I guess part of what I try to get them to understand is that since you can’t do anything about the shot you just missed — no matter how easy — you need to get ready for the most important shot, the next one. We can talk about shot selection, court positioning, etc. the next day in practice. During practice, I try to talk individually with each player as to what they can do to improve, in their opinion and then in mine.”

Jacobson watched this year as Zafiropulos went undefeated and won the IAAM singles individual title and as Schumacher and Buckley went undefeated, finishing third in the IAAM doubles rankings.

Co-captain Kara Stewart (Bowie) was also a vital member of the team, keeping the girls focused on achieving their goals.

Despite being named Coach of the Year, Jacobson said the credit belongs to the entire team and coaching staff.

“Coach of the Year is nice as it means you have had success on the court,” Jacobson said. “I am lucky to have a great assistant coach in Eileen Brightwell. We wouldn’t have had success without her. Of course, you have heard the old statement about the importance of coaches. ‘It’s not the X’s and O’s but the Jimmy’s and Joe’s.’ We had good players who worked hard, did their best and had fun while doing it. This group was a pleasure to work with.”

Next year will mark Jacobson’s eighth with the Cavaliers, and he sees no reason why they can’t continue to enjoy great results.

“As a result of having a lot of girls with whom to work and the fact that they stayed with it has given us a great start for the next year or two,” Jacobson said. “We have three starters to replace on varsity and we can already identify a full complement of varsity and JV players based on their progress this year and that isn’t counting any new players who come in next year.”