Win Against McDonogh Raises Record To 7-1 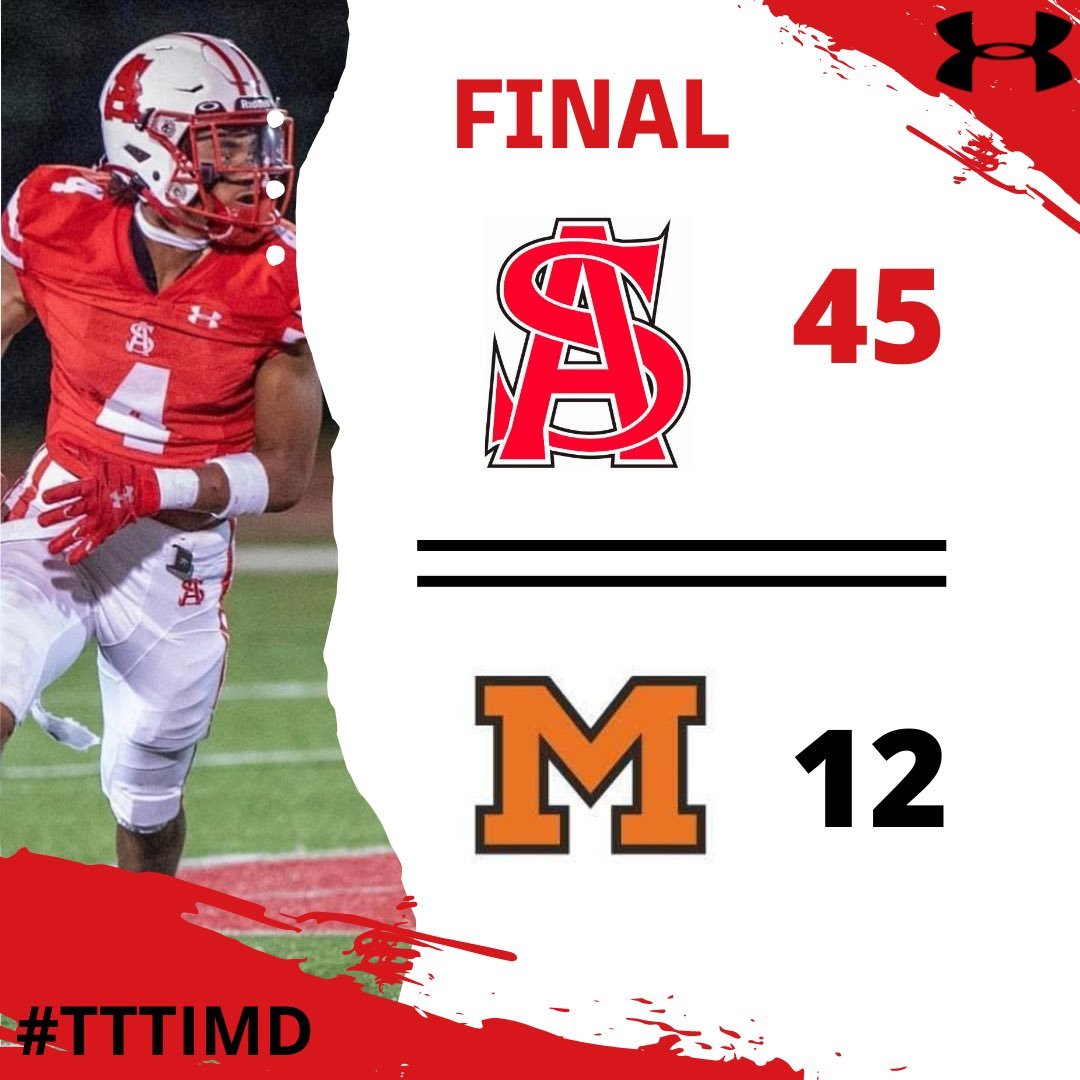 In August, Archbishop Spalding football head coach Kyle Schmitt kept harping that his squad was young and inexperienced. Spalding graduated 16 players who went on to play college football. That senior-dominated team went 10-0 in the regular season only to get upset by McDonogh in the first round of the MIAA playoffs.

For Schmitt’s young players to gain experience and exposure to ranked programs, Schmitt beefed up his team’s schedule with games against mid-Atlantic powerhouses Don Bosco Prep in New Jersey and Imhotep Charter School in Philadelphia. The Cavaliers lost to Don Bosco Prep on the road but won a thriller against Imhotep at home in September. Imhotep was ranked as the No. 2 team in Philadelphia at the time.

Since then, Spalding has steamrolled the competition, winning seven straight and has averaged over 38 points per game.

But in Spalding’s game versus McDonogh on October 21, the Cavaliers received contributions for all three phases to beat the Eagles 45-12. That performance helped to make last year’s upset a little easier to forget.

“I told this group not to carry the weight of last year’s playoff game,” said Schmitt, whose Cavaliers had a bye week before this game.

Spalding defensive coordinator Tyrone Forby said, “Only one player from last year’s team started in that playoff game. That’s how young we are.”

This year’s Cavalier team is more offensively dynamic than last year’s team, thanks in part to the vast skill set of sophomore sensation Malik Washington. The quarterback leads the Cavaliers’ no-huddle offense, which keeps pressure on opposing defenses and moves the ball at a high-octane pace.

In the first half of the McDonogh game, Spalding’s hurry-up offense was in full throttle as the Cavaliers scored on their first drive with a perfect pass from Washington to his favorite target, Max Moss, in the right corner of the end zone.

“We’ve scored on the first drive in all of our games except at Don Bosco,” Schmitt said. “Our goal is to play with the lead and we’re very comfortable in a track meet.”

But in the McDonogh game, the Cavaliers’ offense garnered some outstanding support from the defensive squad and special teams.

Spalding’s defense added three pick-six touchdowns during the game, one in the first half and two in the second half. The first one was from linebacker PJ Poknis and the other two were from defensive back Tyler Brown. In all, the Cavaliers intercepted Eagles freshman quarterback Braeden Palazzo five times.

The Cavaliers’ special teams also shined by contributing a blocked punt from Tommy Dehney, and punter Cooper Welsh pinned the Eagles at their 1-yard line in the pivotal third quarter in which the Cavaliers offense sputtered. That poor field position led to Brown’s pick-six a few plays later.

McDonogh adjusted at halftime and came out and scored on consecutive series in the third quarter but failed at both 2-point conversions. The Cavaliers offense went silent in the third quarter and had numerous drives stalled. McDonogh used their huge defensive line, featuring two players committed to play Division I football, Tamarus Walker (Maryland) and Mason Robinson (Northwestern). to control the line of scrimmage.

“We got in a little rut offensively in the third quarter, but our defense and special teams were key on swinging the momentum back to us,” Schmitt said.

Other Cavalier touchdowns were scored by Damien Wilburn, RJ Newton and Jameson Coffman.

After the game, Schmitt pleaded with his team to maintain their energy level going into the playoffs as they may play in tough weather conditions and neutral fields.

Schmitt also praised his young team’s work ethic and hopes by stacking his regular season schedule against great competition, it will be beneficial during their playoff run.