SPMS Sells Out All Matilda Shows 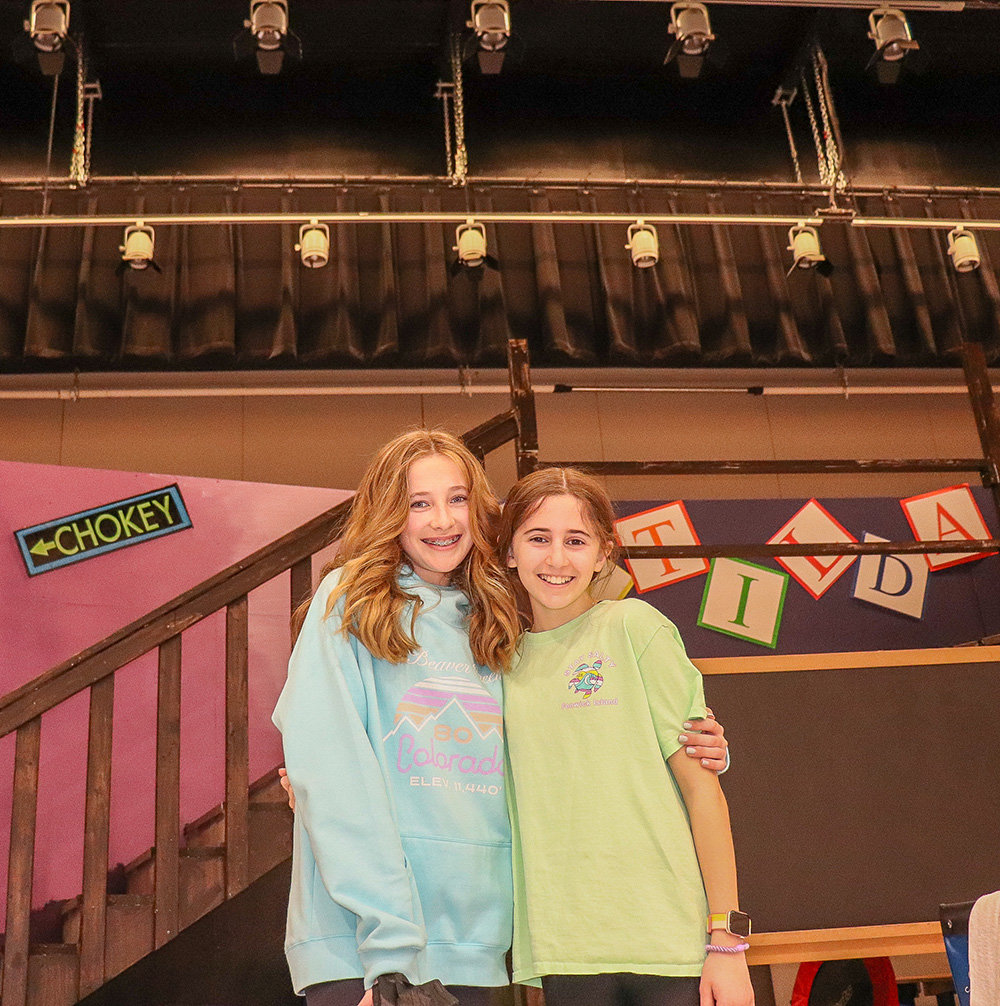 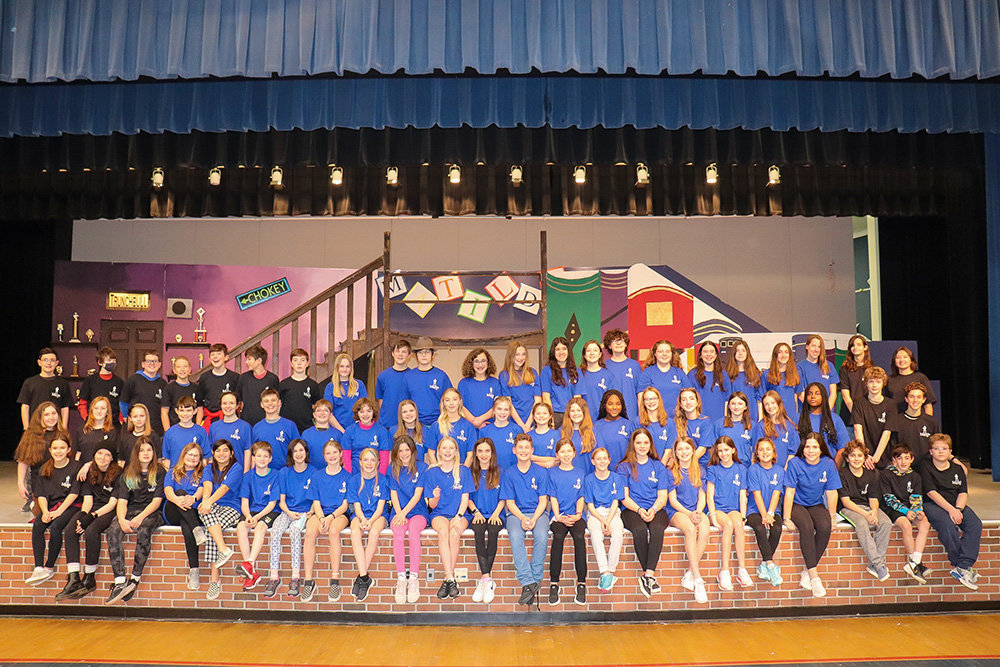 Not only did Brooke and Elle’s performances amaze the audience but so did the entire cast, crew, artistic team and production committees.
Photos Provided 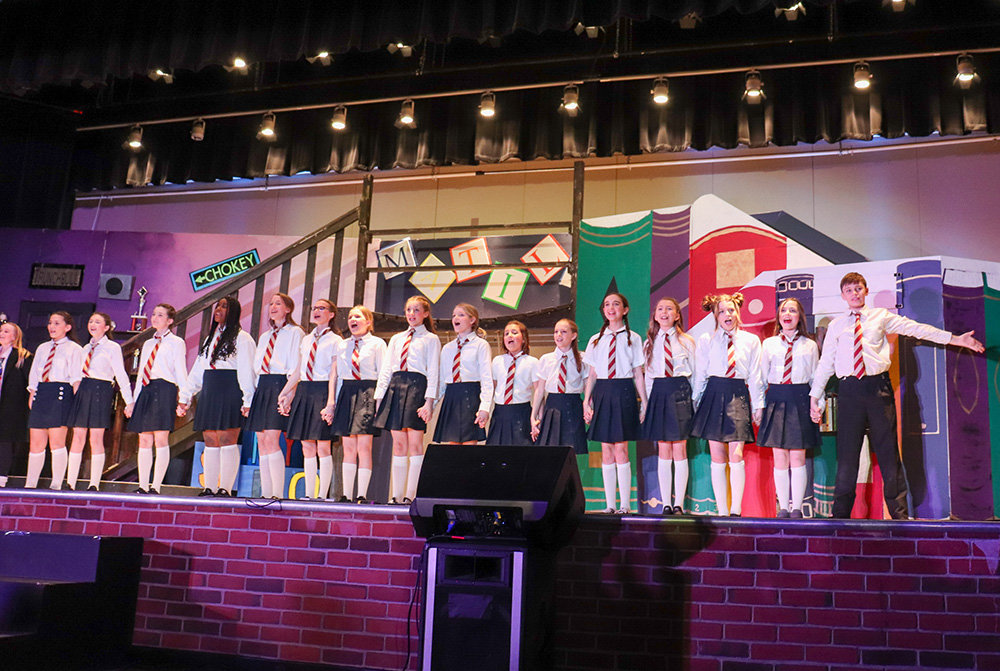 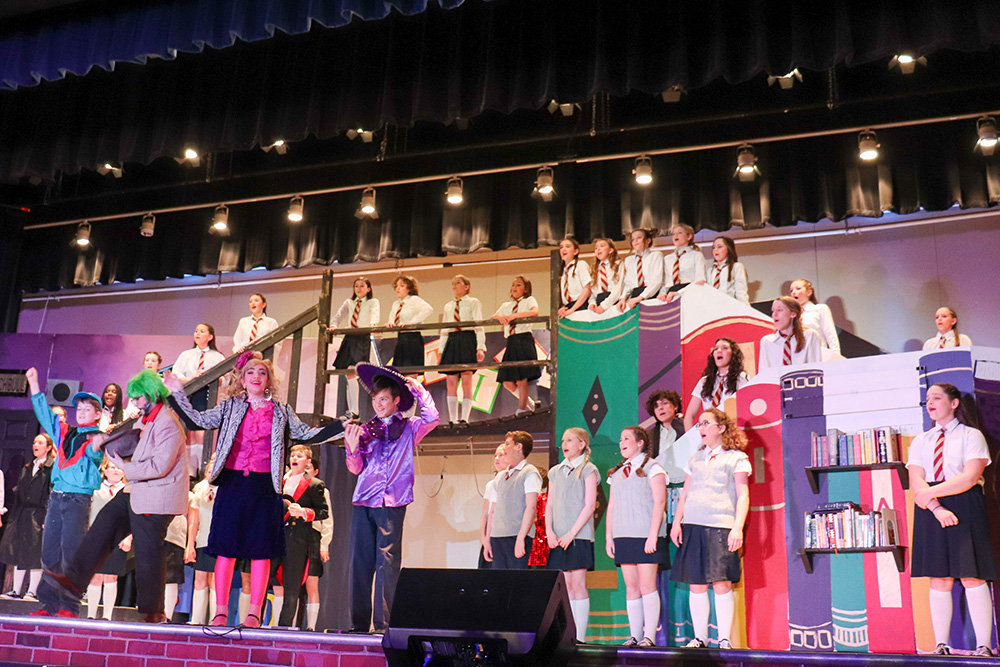 After a two-year hiatus of no drama or musicals at school, it was clear how not only the children and the teachers missed it but the audience too. The Spartan Lyrical Society and SPMS closed their year with the musical “Matilda” and all shows sold out, some even with standing ovations. It was clear how much everyone has appreciated enjoying a bit of entertainment and normalcy this year.

Not only was having a musical this year unusual but greatly appreciated, but also, sisters played two of the key characters cast in “Matilda.” Sixth-grader Elle LaBrier played the role of Matilda while her older sister, eighth-grader Brookyn LaBrier, played Miss Honey.

We asked the girls what it was like working with each other and a little about their experience. Here is what they shared with us.

What is it like to co-star, with leading roles, in the “Matilda” musical with your sister?

Brooklyn: Co-starring as sisters is so amazing! I feel like that because she’s my sister and I have so much love for her, it really helps me to portray how much love Miss Honey has for Matilda. Which makes Matilda and Miss Honey’s connection so much stronger.

Elle: I love being in the show with my sister. It’s so fun to share singing, dancing and acting with her!

Brooklyn: I’ve always loved music since I was little, and when I perform, it just makes me happy.

Elle: I have always loved music and have always had an ear for it. I also just love being onstage and getting to perform with my friends.

Do you take any extra training to help prepare you for your role? Dance lessons, acting coach, singing lessons?

Brooklyn: I have been doing dance but have recently taken a pause, because of “Matilda” rehearsals. All throughout COVID, I did acting lessons and singing lessons with Stage & Screen Studios.

Elle: Yes, Brooklyn and I both do singing and have done dancing too.

Is this the first musical you performed in?

Brooklyn: Nope! I have performed in “The Little Mermaid,” “Willy Wonka and the Chocolate Factory,” “The Lion King” and “The Sound of Music.”

Elle: No, the first musical I was in was “The Lion King,” and then “Aladdin.”

How do you relate to the character you are portraying?

Brooklyn: I feel that in some ways, Miss Honey and I are very similar and in other aspects we are very different. Miss Honey is a very sweet woman who believes she is strong when she is alone but has a hard time being strong around others. I relate to this, because I definitely am strong in many ways, but of course, like every human, I have my weaknesses.

Elle: I think that Matilda and I have a lot in common. We both love books, singing, school, but we don’t have the same kind of family. My family is kind, loving, and lets me be who I want to be.

Not only did Brooke and Elle’s performances amaze the audience but so did the entire cast, crew, artistic team and production committees. The cast and crew gave recognition to each of the artistic team members at the end of the last show. They showed gratitude for director David Merrill, producer Sarah Thompson, musical director Sara Metcalfe and choreographer Elysia Merrill.