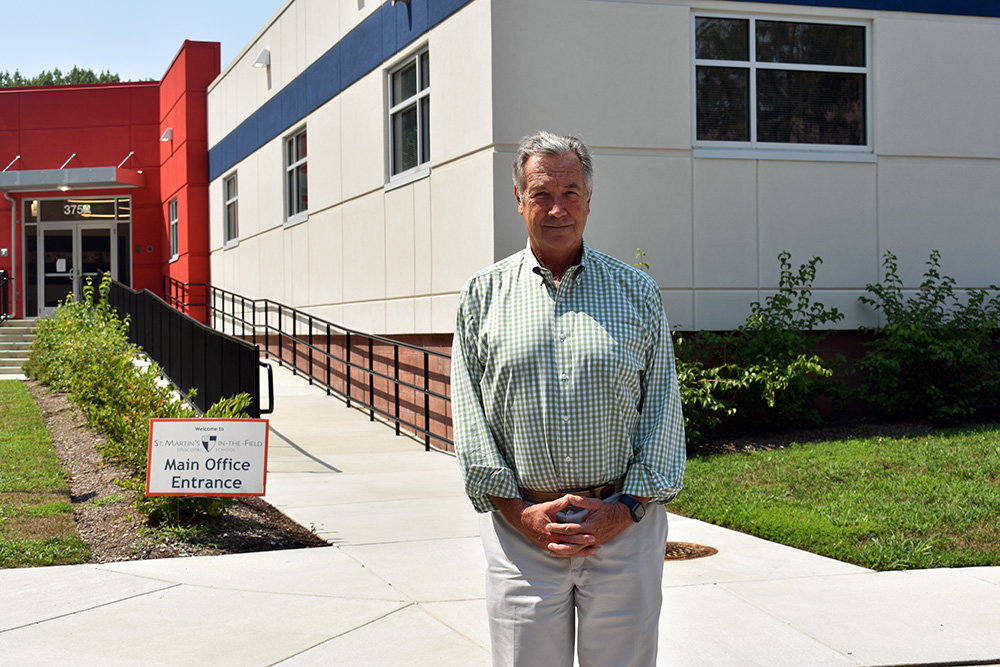 Sachs’ experience with independent schools began early, when he was attending the Hawken School in Cleveland, Ohio.

“It seems like I've been in independent schools my entire life,” said Sachs.

During the Vietnam War, Sachs joined the Peace Corps, where he taught English in a small town in Tunisia on the Mediterranean coast of North Africa. When he returned to the United States, he taught English.

“I was an English teacher for about 15 years before I began to gravitate into administration,” said Sachs. “I've been in independent schools, exclusively.”

Sachs has been the head of school at various independent schools throughout the country since 1994. Recently, he has been accepting interim head positions, which are transitional positions that typically last one to two years or longer, depending on how much work needs to be done before the next head of school comes in.

Sachs found the position at St. Martin’s online, and after communicating with the hiring team for a period of six to eight weeks virtually, he came to visit in late March. He was impressed by the dedication of the staff.

“The people that represent the school and the board of trustees love the school,” said Sachs. “They are doing it because they are good people and they truly want the best.”

He has worked in administration at large schools, small school, boarding schools, and almost every other variation of independent school. He is excited about the size of St. Martin’s.

“The school is a great size,” said Sachs. “It allows the head to be involved in a variety of different ways. I can be actively engaged with the kids and the teachers.”

St. Martin’s is up for its Association of Independent Maryland and D.C. Schools (AIMS) reaccreditation, so Sachs will be working on the school’s self-study this year.

“My larger goal and responsibility is to ensure that the school is in a good position,” said Sachs. “Not just for the accreditation, but also for the longer-term head that the school will be searching for in the foreseeable future.”

Sachs promises St. Martin’s parents and the school community that his door is always open.

“I can promise that I'm sincerely interested in their children's best interest,” said Sachs. “We will ensure the well-being and intellectual development of their children to make them happy, productive citizens of the United States of America.”

Outside of working, Sachs hopes to enjoy the area’s water access and paddling in his surf ski. He is currently staying in a Pasadena apartment and looks forward to taking advantage of the direct flights to his home in Georgia from BWI Airport. He and his wife have enjoyed spending time with friends on Gibson Island and eating at The Point Crab House and Grill.