States that collect the most in property taxes 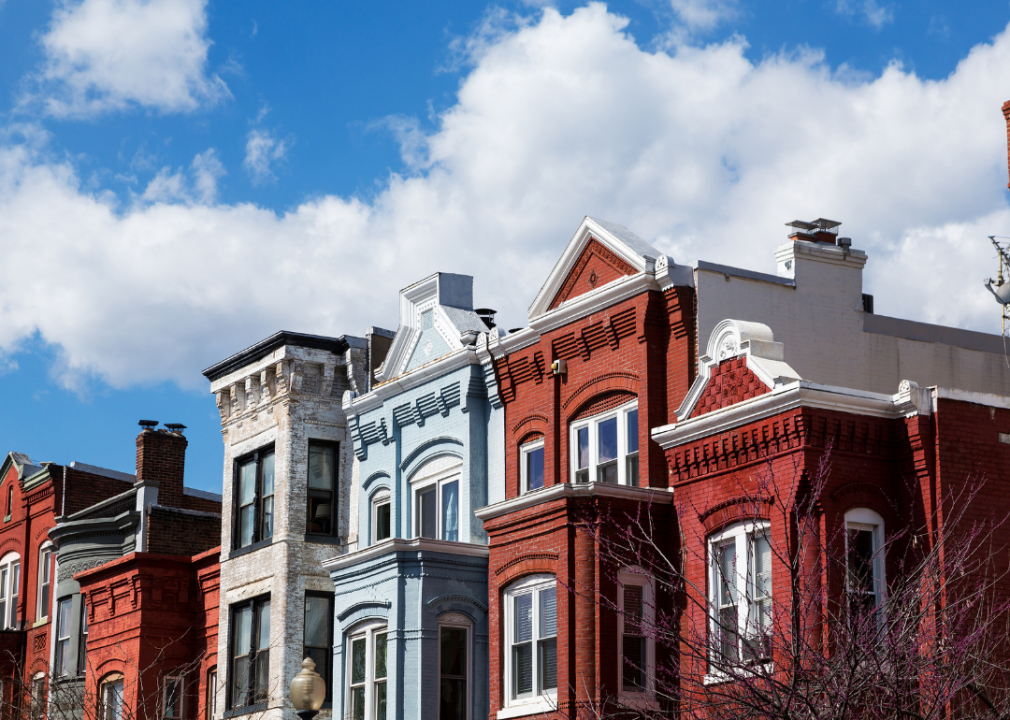 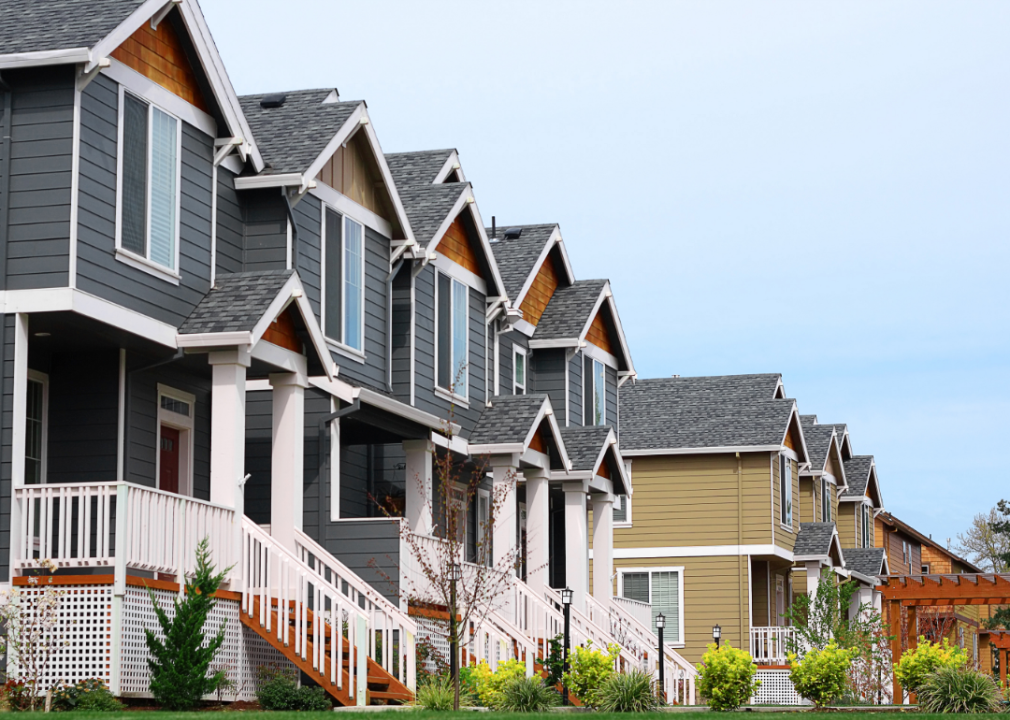 It's important to note there are 14 states that do not collect property taxes at the state level. And while states with the most expensive properties, such as New York and New Jersey, have some of the highest property tax rates in the country, their revenues are divided among local governments such as cities or counties. In most states, property taxes, which are paid on property (either by an individual or corporation) based on its value, account for only a small portion of revenues. The federal government collected $23 billion in property taxes last year.

Since property tax rates are usually based on assessed value, it may seem counterintuitive that the rate of property tax increases actually slowed in 2021 compared to previous years—despite single-family housing prices staying red-hot across the country. But this effect can be explained by rates staying the same as property values increased. This lag in property taxes catching up with property values will hit homeowners with higher tax bills in 2022. According to Attom Data cited by The Washington Post, the average tax bill on single-family homes in the U.S. was up 1.8% from $3,719 in 2020 to $3,785 in 2021.

Note that the U.S. Census Bureau did not release 2020 data due to the COVID-19 pandemic. All 2019 figures cited in the following list have been adjusted for 2021 rates of inflation and rounded to the nearest dollar. 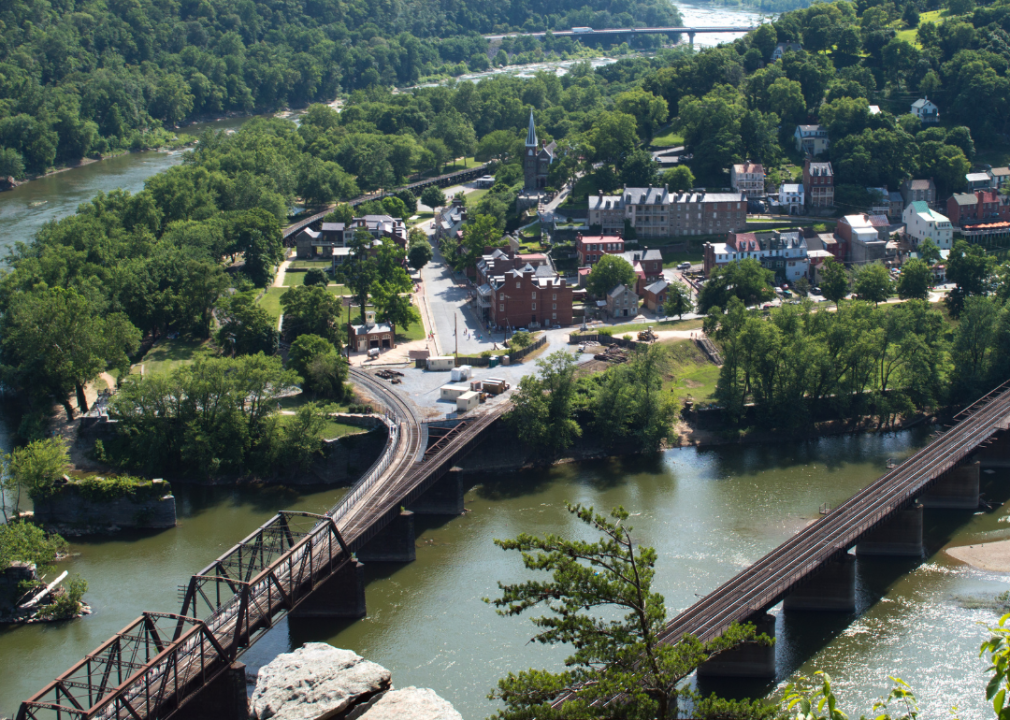 West Virginia is known for its Appalachian Mountain vistas, as well as the organized labor and environmental legacies of its coal industry. Before the pandemic, West Virginia enjoyed the second-lowest property tax rates nationwide. For remote workers who don't need to drive several hours to their jobs in metro Washington D.C., the Mountain State, with its median property tax bill of $899 in 2019, offers a much lower cost of living compared to adjoining Virginia and Maryland. 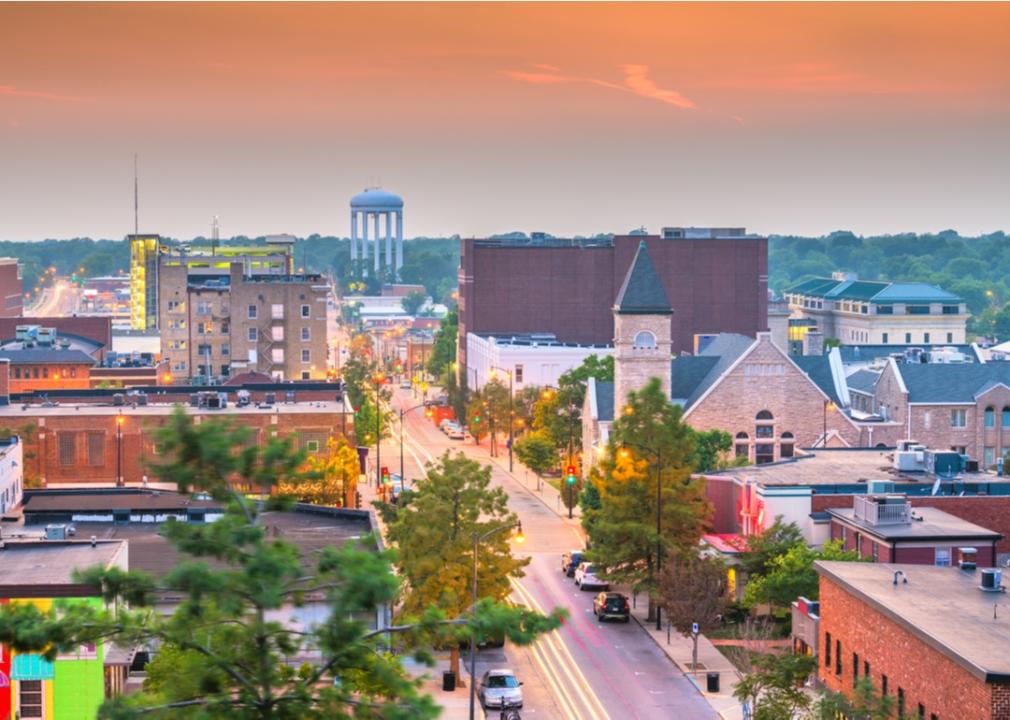 Kansas City, Missouri, is often touted as one of the best places in the U.S. for blues and barbecue. The Show-Me State is also one of the most affordable places in the country for down-payment-saving millennials and Gen Zers to buy a starter home. Not surprisingly, lower home prices have also kept property taxes fairly low, at a 2019 median of $1,782. 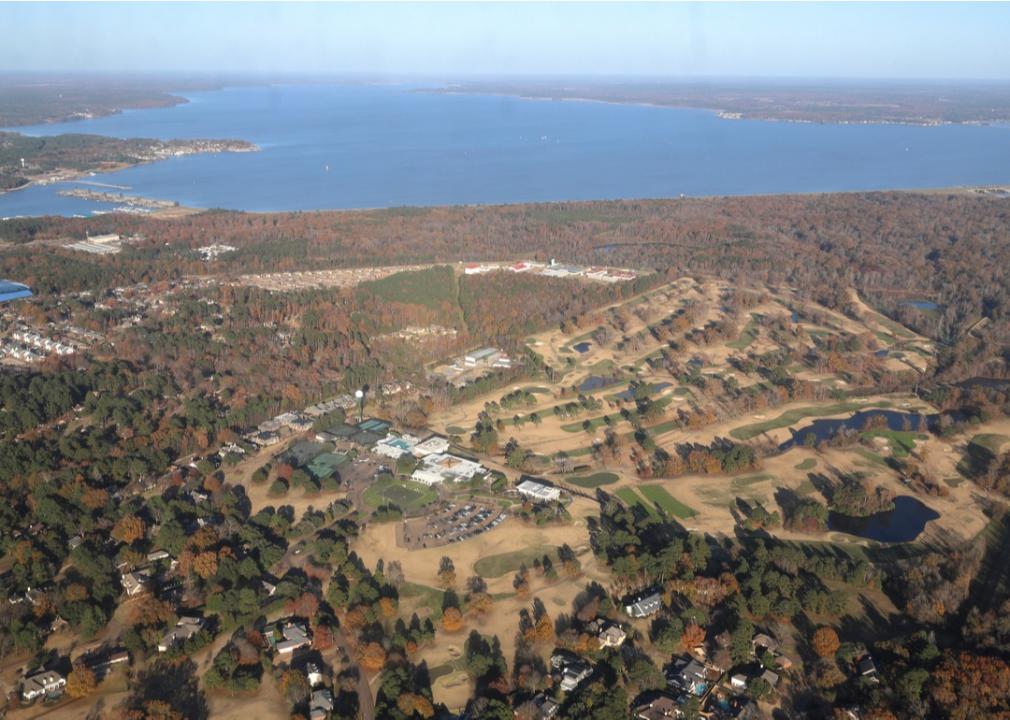 The Magnolia State is known for Southern cooking and Gulf Shores hospitality. Together with neighboring Alabama, Mississippi has some of the lowest housing costs in the country. Mississippi is #6 for the lowest property tax bill in the U.S., with a median value of $1,249. 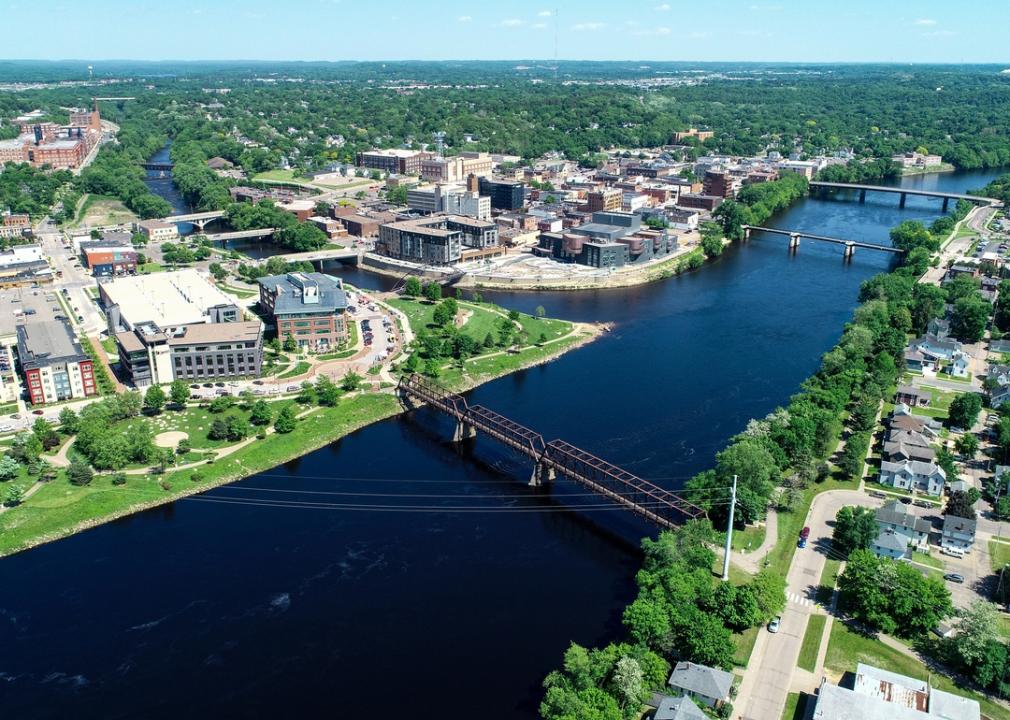 The Badger State is famed for its college and Green Bay Packers football, as well as America's Dairyland license plates. Despite being in the medium range of Midwest housing affordability, Wisconsin also has high property taxes paired with above-national-average income and sales taxes. The median household property tax bill for 2019 was $3,643. 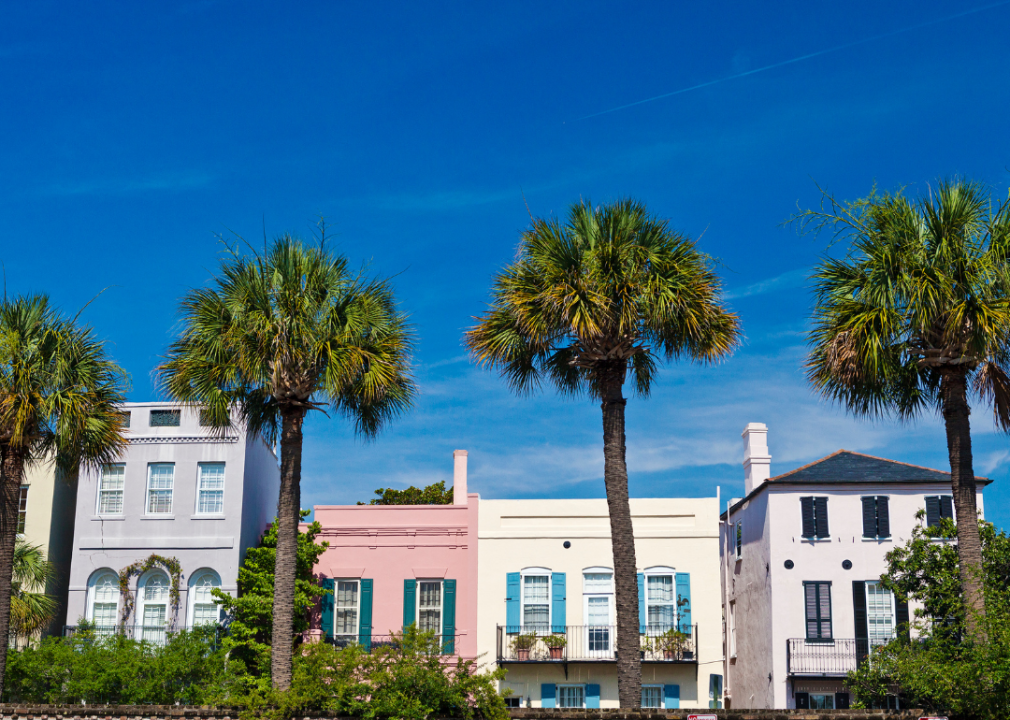 Much like its neighbor Florida, South Carolina attracts residents with its sunny beaches and warm winters. The state draws visitors to the colonial mansions of historic Charleston and the world-famous Hilton Head Island golf resort.

In recent years, affordable living and taxes have drawn thousands to live in the Palmetto State. Pre-pandemic, South Carolina homeowners enjoyed the fourth-lowest property taxes in the country, with a median bill of $1,148 per year. 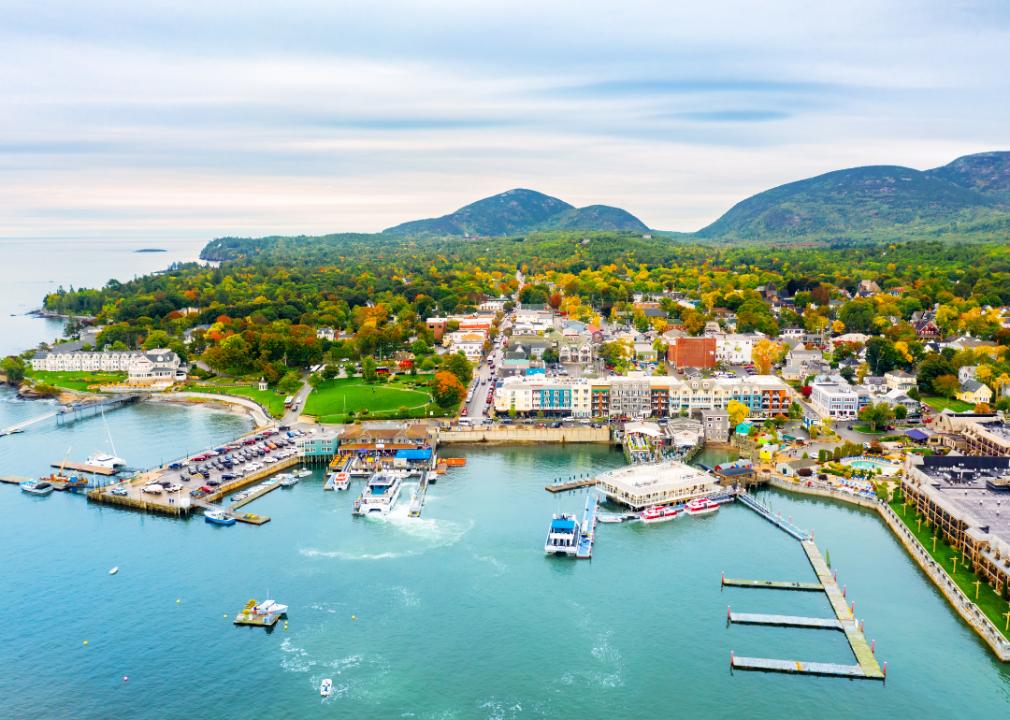 All-time bestselling horror novelist Stephen King calls Maine home. The Pine Tree State continues to draw less famous New Englanders and other Americans with an affordable cost of living and steady job growth. Some Maine residents also take advantage of neighboring New Hampshire's lack of a state income tax. Because of Maine's much lower property taxes, some residents will commute for work in the Granite State. For 2019, the median property tax bill in Maine was $2,896. 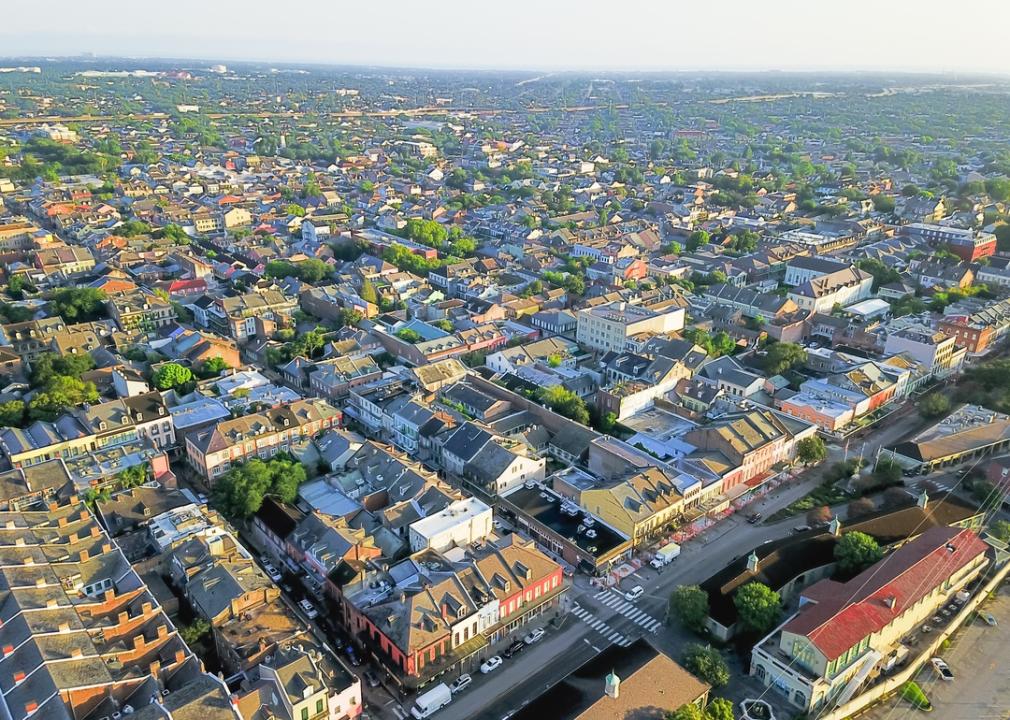 Louisiana ranks as the fifth-most-affordable state in terms of property taxes, but it also has suffered housing shortages following 2005's devastating Hurricane Katrina and the more recent Hurricane Ida. In 2019, the median property tax bill for Bayou State homeowners was a relatively low $1,171. 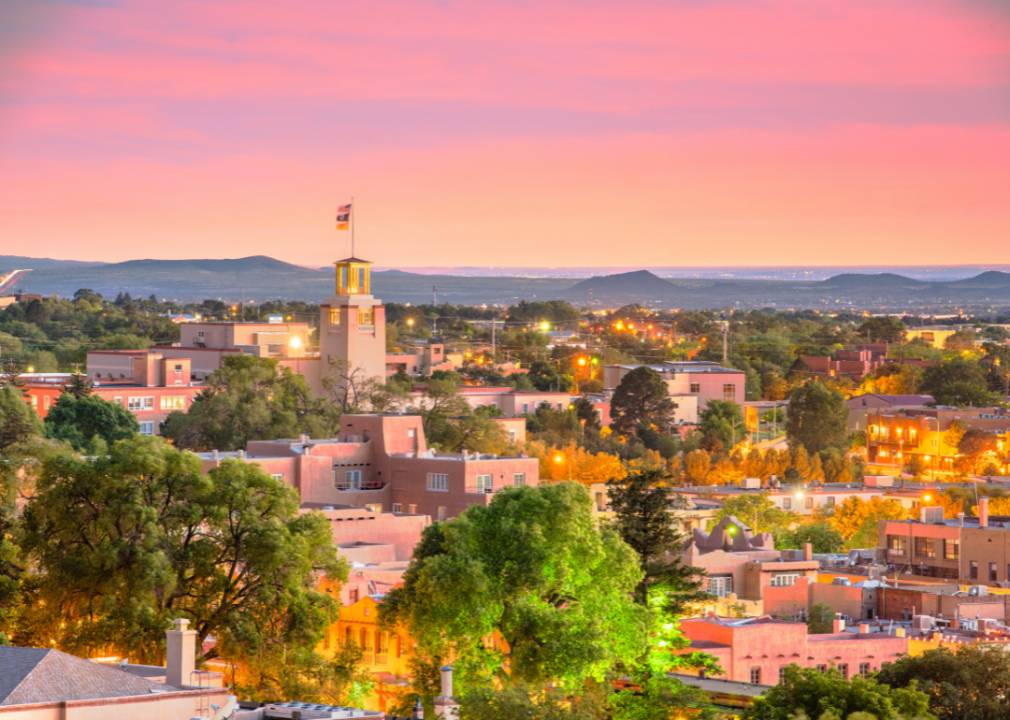 In 110 years of statehood, New Mexico has been famous for attracting artists to its picturesque mesas of the high desert. In recent decades, the Land of Enchantment has also enjoyed a natural gas boom and tourist influx to its ski resorts such as Taos. A widely publicized event purported to be a flying saucer crash has also drawn UFO believers worldwide to the small city of Roswell since 1947. Similar to neighboring Arizona, New Mexico has a small property tax bill, averaging $1,676. 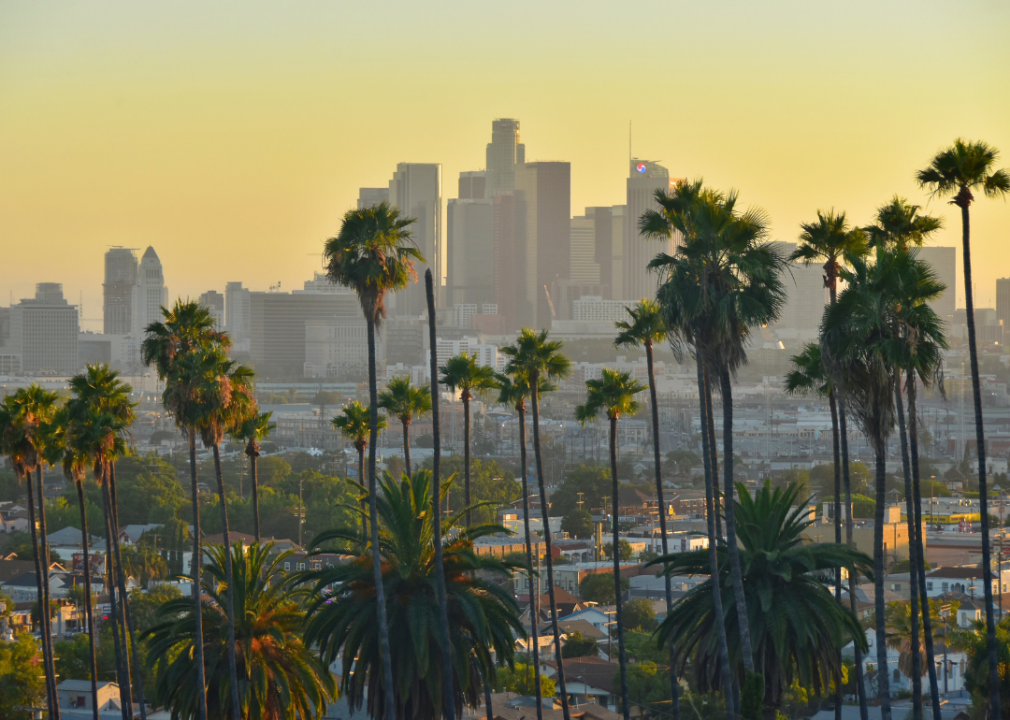 California has been one of the hardest-hit states in terms of net out-migration, even before the pandemic. The Golden State sits inside the top 10 ranking of highest property taxes in the country. Combined with near-record prices, these factors motivated many residents to sell. Before looking up U-Haul rates from San Francisco to Austin, however, Californians may want to consider the median 2019 property tax bill of $4,536 was just a few hundred dollars more per year than in Texas. Well before the pandemic, Georgia's low property taxes and coastal getaways were drawing primary residence and vacation home buyers to the Peach State. In 2019, the median property tax bill for Georgia homeowners was $1,982. 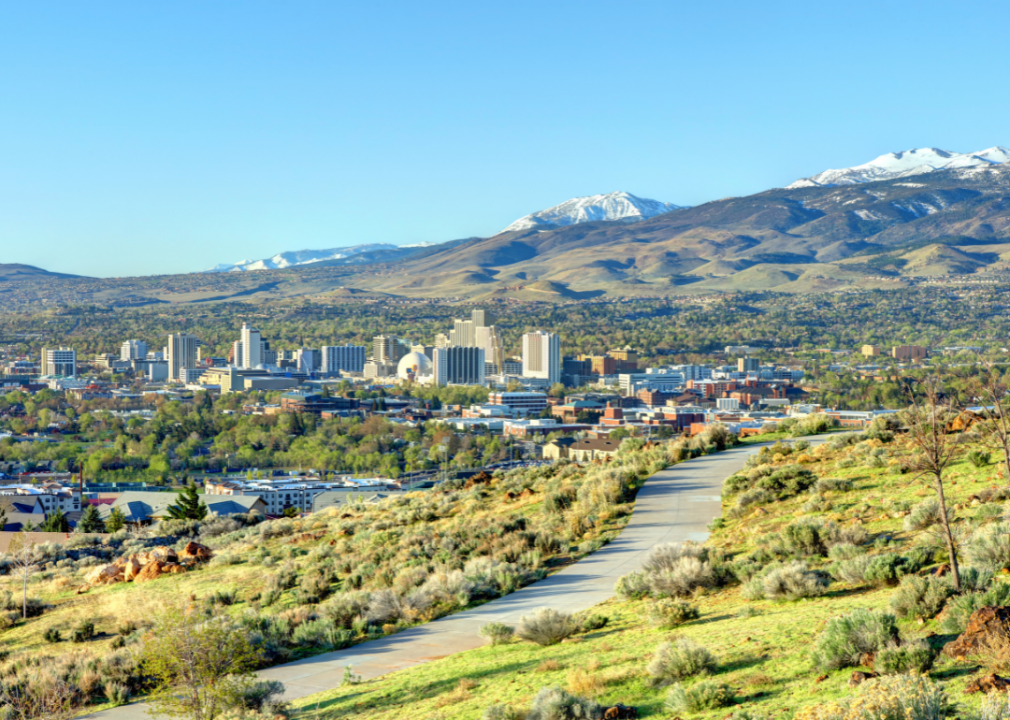 There's no question the pandemic hastened and expanded the trend of Nevada luring Californians and other Americans to Las Vegas. With the second-most sunniest days per year of any state (behind Arizona), Nevada has no state income tax and discreet business registration laws, making it a magnet for entrepreneurs and gamblers trying their luck. 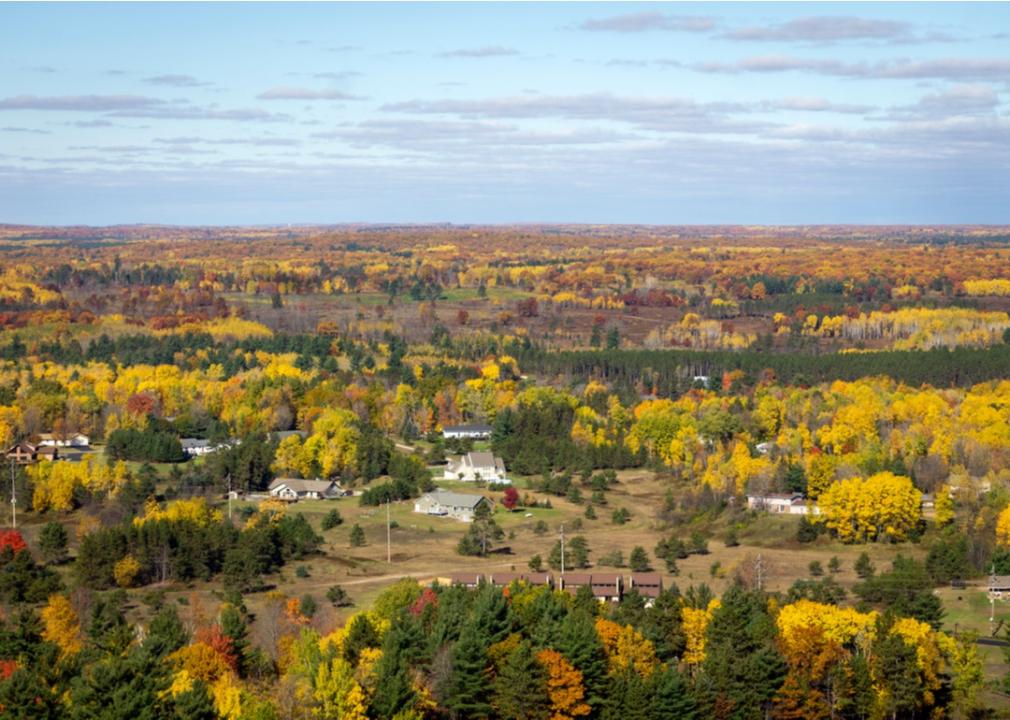 The Wolverine State has drawn tourists to its abundant outdoors in recent years with its Pure Michigan ad campaign, voiced by "Toy Story" actor Tim Allen. When it comes to moving to the Great Lakes, regardless of the decades-long exodus from Detroit, Michigan has not been spared from housing shortages and bidding wars. A large number of wealthy Chicagoans buying second homes in Michigan has been a factor in housing costs, particularly along the lakes, as has the shortage of construction materials and homebuilding labor in rural areas.

With a median homeowner tax bill of $2,706 in 2019, Michigan remains in the middle of the pack for property taxes in the Midwest. 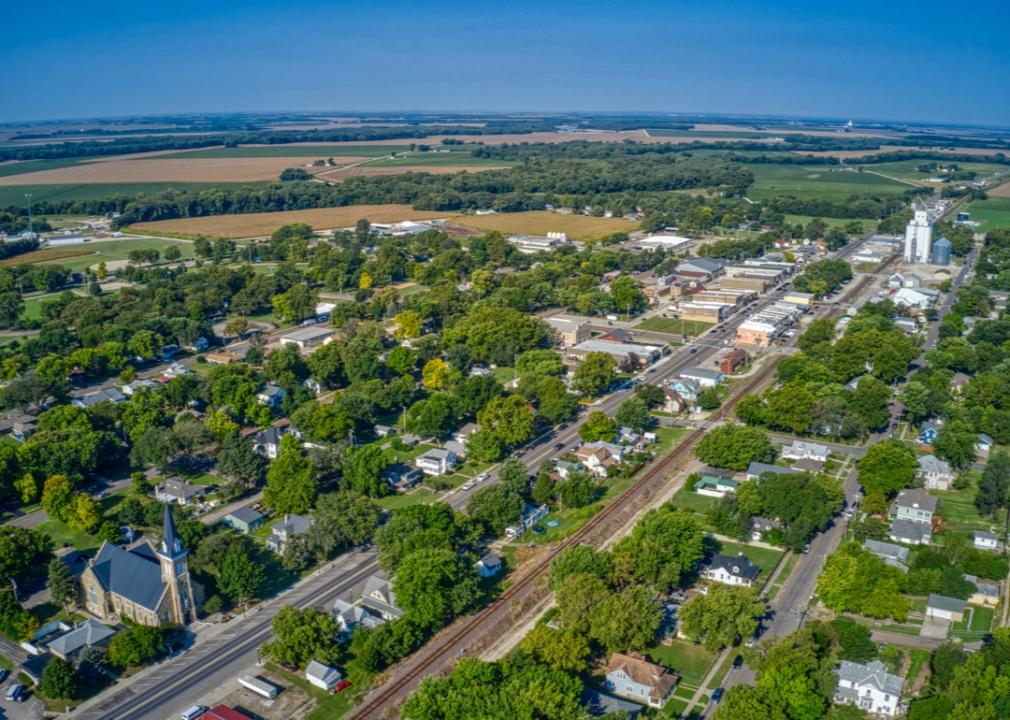 The Jayhawk State stands at the geographic center of the U.S., stretching from Kansas City, Kansas, in the east to the High Plains bordering Colorado in the west.

Despite having some of the most affordable housing in the Midwest, Kansas also runs in the middle of the pack for property and state income tax rates, per the Census data. Kansas homeowners' median property tax bill was $2,466 in 2019. 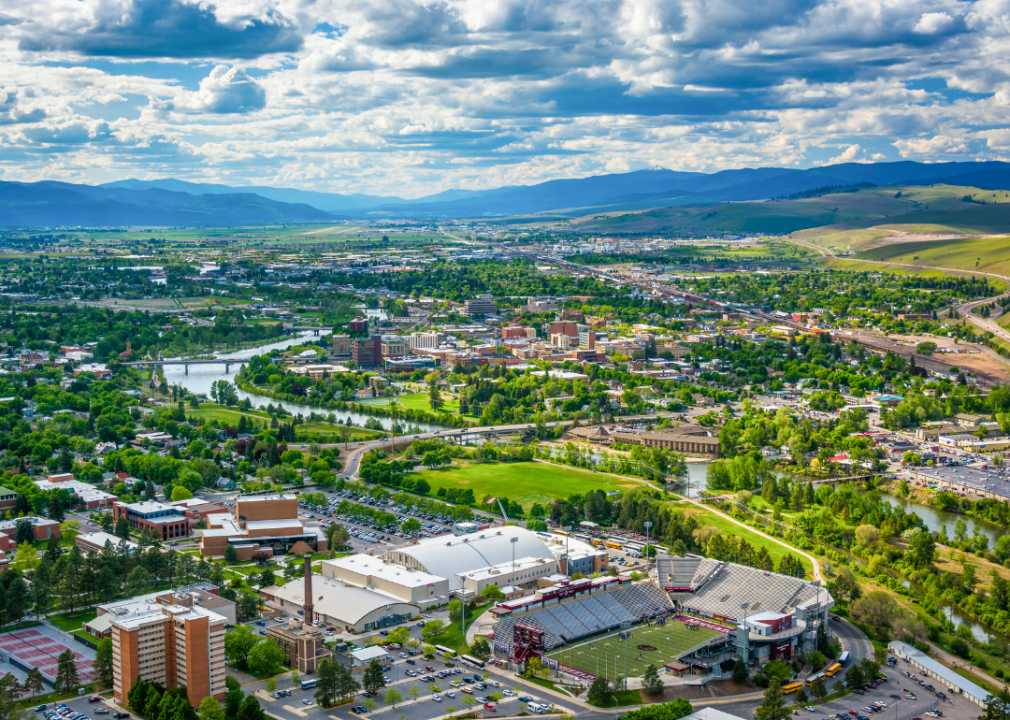 Like neighboring Idaho, Montana has experienced pandemic and remote work-accelerated population growth. Affordable housing for middle- to lower-income residents, particularly those who work in higher education, hospitality, and tourism, has become a major issue in the state.

Amid the housing boomlet, small-government activists have pushed a ballot initiative to cap property tax rates at 2019 levels. The median 2019 property tax bill for Montanans came in at $2,196. 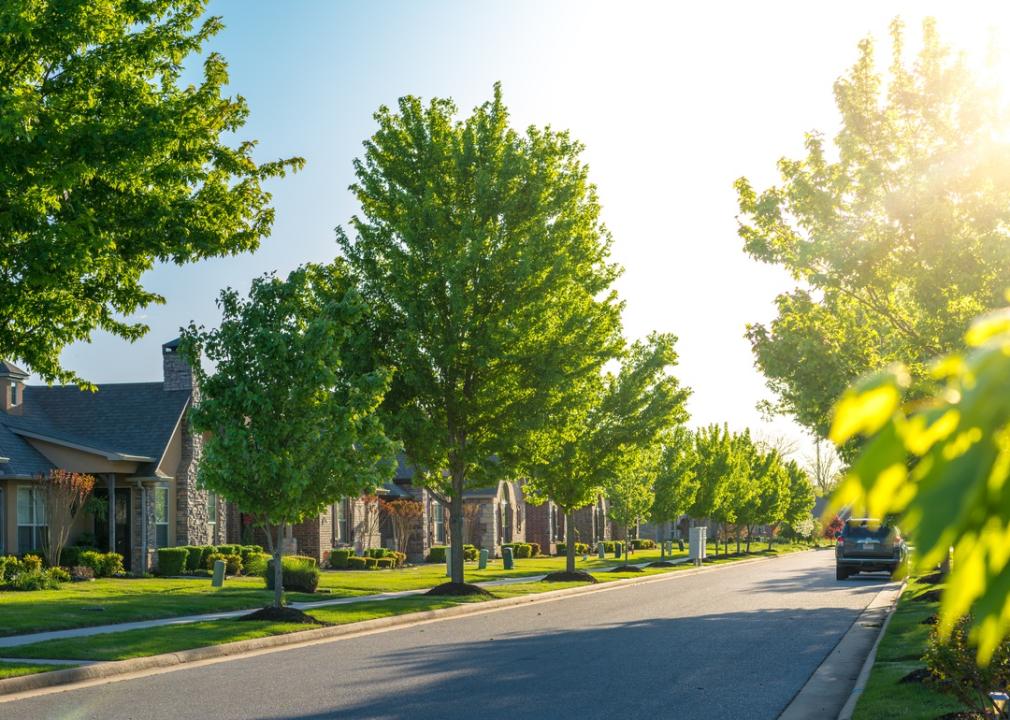 Arkansas is known to current generations as the birthplace and childhood home of former U.S President Bill Clinton. Aside from agriculture and abundant natural gas reserves, the Natural State offers inviting spas and outdoor spaces. Visitors have been enjoying the historic spa baths of Hot Springs since a railroad line was constructed in the 1870s.

Whether you pronounce the name of longtime residents as "AR-Kansans," the state's homeowners enjoy the third-lowest property tax bills, per the Census research. The median Arkansas residential property tax bill was just $992 in 2019. 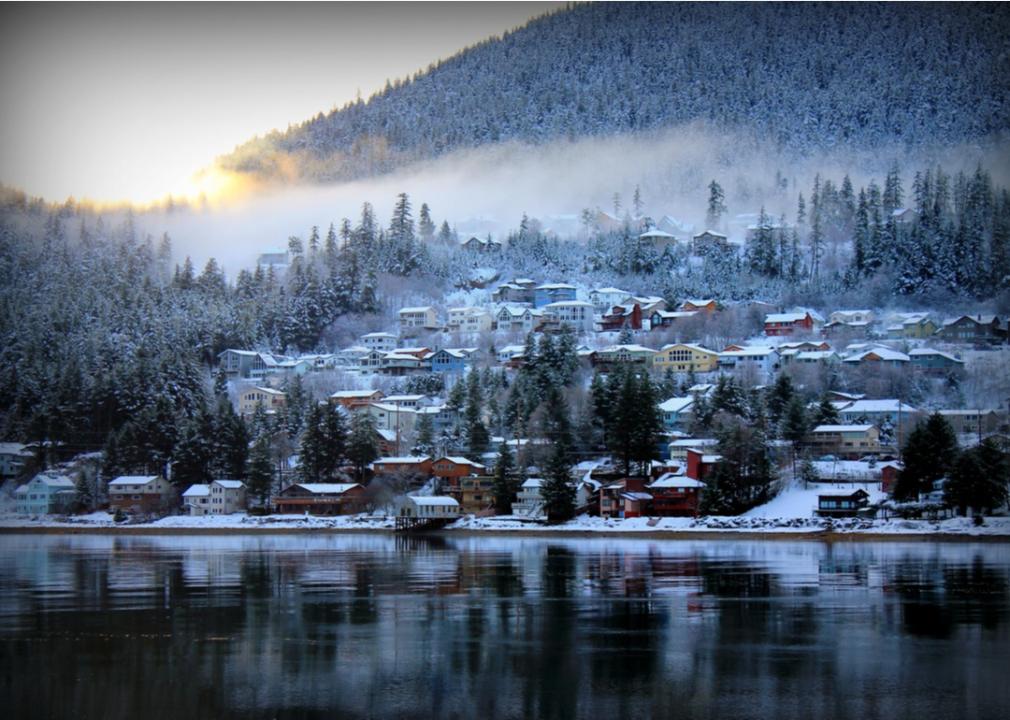 Alaska is the second-least-populated state and possibly the only portion of the U.S. poised to benefit from expanded shipping through a thawing Arctic ice cap. Since the U.S. purchased the vast territory from Russia in the 19th century, an abundance of natural resources including fisheries, gold, oil, and gas has drawn settlers to the Last Frontier.

However, alongside the Northern Lights and breathtaking fjords comes certain drawbacks, beyond jokes about the state's frigid temperatures and geographic distance from the contiguous U.S. Alaska doesn't have enough residents to support a property tax, and thus it funds basic services with sales tax collections and federal transfers. Consequently, with most of Alaska's territory designated as federal or tribal lands exempt from state property taxes, people in the largest cities of Anchorage and Juneau pay more in property tax. Alaska's median residential property tax bill reached $3,692 in 2019. 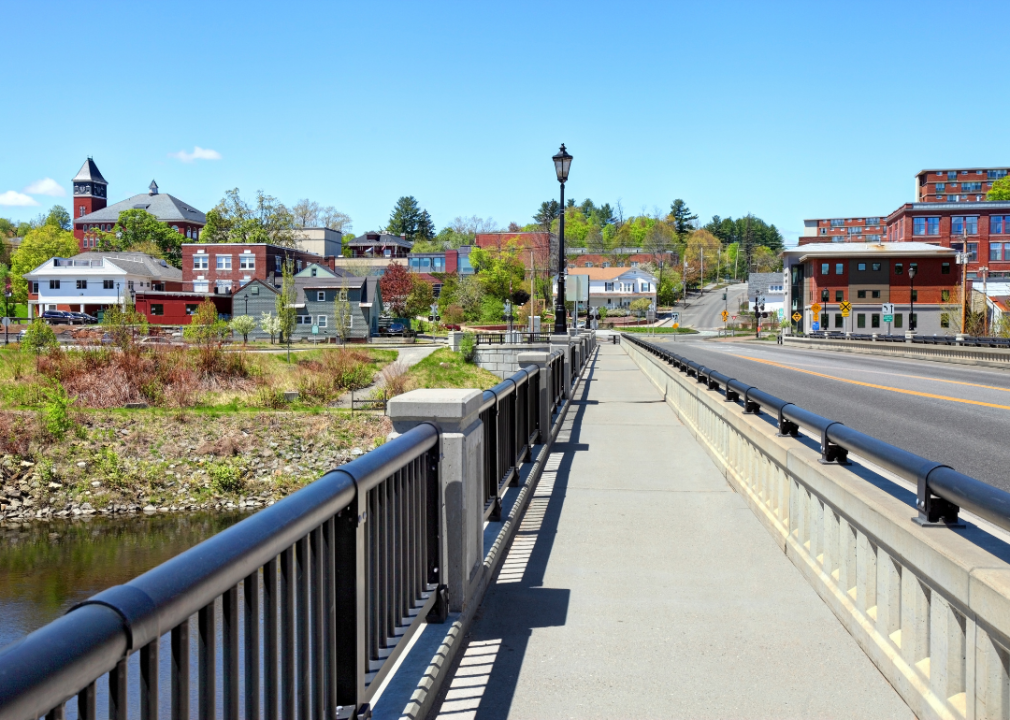 You might expect a state with a founding motto "Live free or die" to have lower property taxes than its famously liberal Democratic New England neighbors Vermont and Massachusetts. Thanks to the trade-offs associated with New Hampshire's lack of a state income tax, that's not the case.

In part reflecting its high average property values and number of second homes for Massachusetts residents, New Hampshire's 2019 median property tax bill came in at a whopping $6,244, ranking it the third-most-expensive state for property taxes. 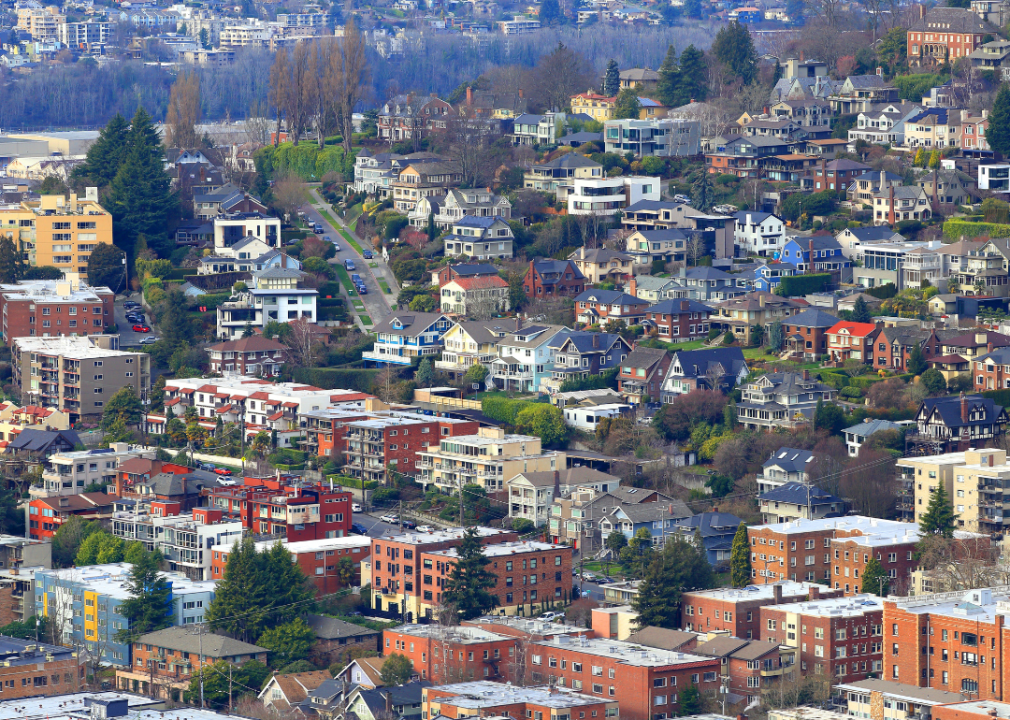 Washington State is famous for Seattle's Starbucks, Microsoft, the Boeing assembly line, and the rainy Pacific Northwest climate. But the Evergreen State has persisted as a tech startup hub in no small part due to its lack of a state income tax.

As with Texas and New Hampshire, the trade-off for no state income tax is higher property taxes, with Washington's 2019 median homeowner bill weighing in at $3,617. 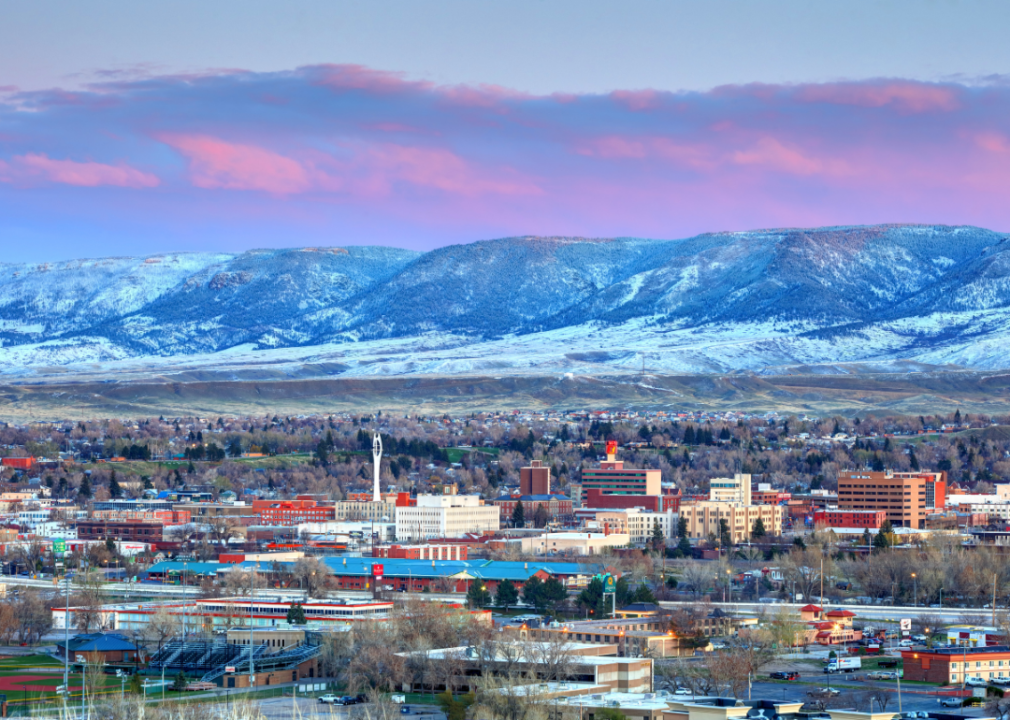 If you're looking for a home with open spaces to roam, Wyoming is the least-populated U.S. state, with slightly fewer residents than Alaska. The Cowboy State is known for its ranching, mining, and winter skiing destinations, including the year-round resort of Jackson Hole.

In 2019, Wyoming homeowners enjoyed the 10th-lowest property tax bill in the country, with a median bill of $1,483.

Already one of the most expensive cities in the country, the nation's capital also takes the cake for some of the highest property taxes in the land. Last year, The Washington Post ranked the District of Columbia as having the third-highest property tax rate in the U.S.

This story originally appeared on ZeroDown and was produced and distributed in partnership with Stacker Studio.

Stay Safe As You Get Back Outside