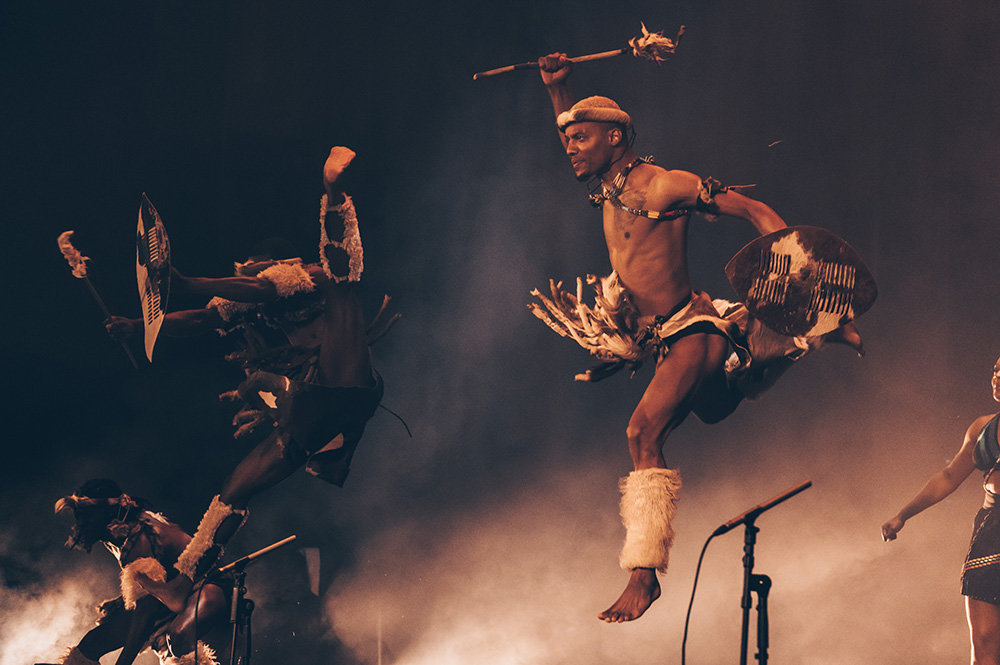 Step Afrika! artists perform and teach all over the world.
Photo courtesy of Step Afrika!
Posted Wednesday, January 18, 2023 11:44 am
By Lauren Cowin

Step Afrika! will showcase the art of stepping with a high-energy, interactive performance at Maryland Hall on Saturday, January 28, at 7:00pm.

Audience immersion is the goal from the moment Step Afrika! takes the stage.

“If you don’t want to be quiet, you definitely don’t have to be quiet,” Step Afrika! founder C. Brian Williams said of the show.

According to Williams, stepping, a percussive dance form that incorporates the hands, feet and voice, effectively utilizing the body as a drum, was developed by African American fraternities and sororities.

Step Afrika! blends that style with traditional African dances and an array of contemporary dance and art forms into a cohesive and compelling artistic experience.

“We haven’t had a dance group come like this in a long time,” said Diana Diamond, Maryland Hall director of communications. “My phone has been ringing off the hook about Step Afrika!”

Their self-titled show is designed to entertain audiences of all ages and levels of exposure to stepping — from newcomers to those familiar with the craft.

“We demonstrate stepping’s unlimited possibilities with this show,” Williams said, adding that it’s a great way to launch Black History Month. “We’ll not only explore stepping as a traditional and contemporary art form; we’ll also explore its connections to the continent of Africa, especially our connections to South Africa.”

The Washington, D.C.-based company, comprised of 14 performers, was founded nearly 30 years ago and is largely credited with bringing the art of stepping to the American theater. Williams was recently named a National Endowment for the Arts National Heritage Fellow.

Maryland Hall is located at 801 Chase Street in Annapolis. For tickets, call the Maryland Hall box office at 410-280-5640 or visit ticketing.marylandhall.org.