Student-Athlete Of The Month: Chloe Rand 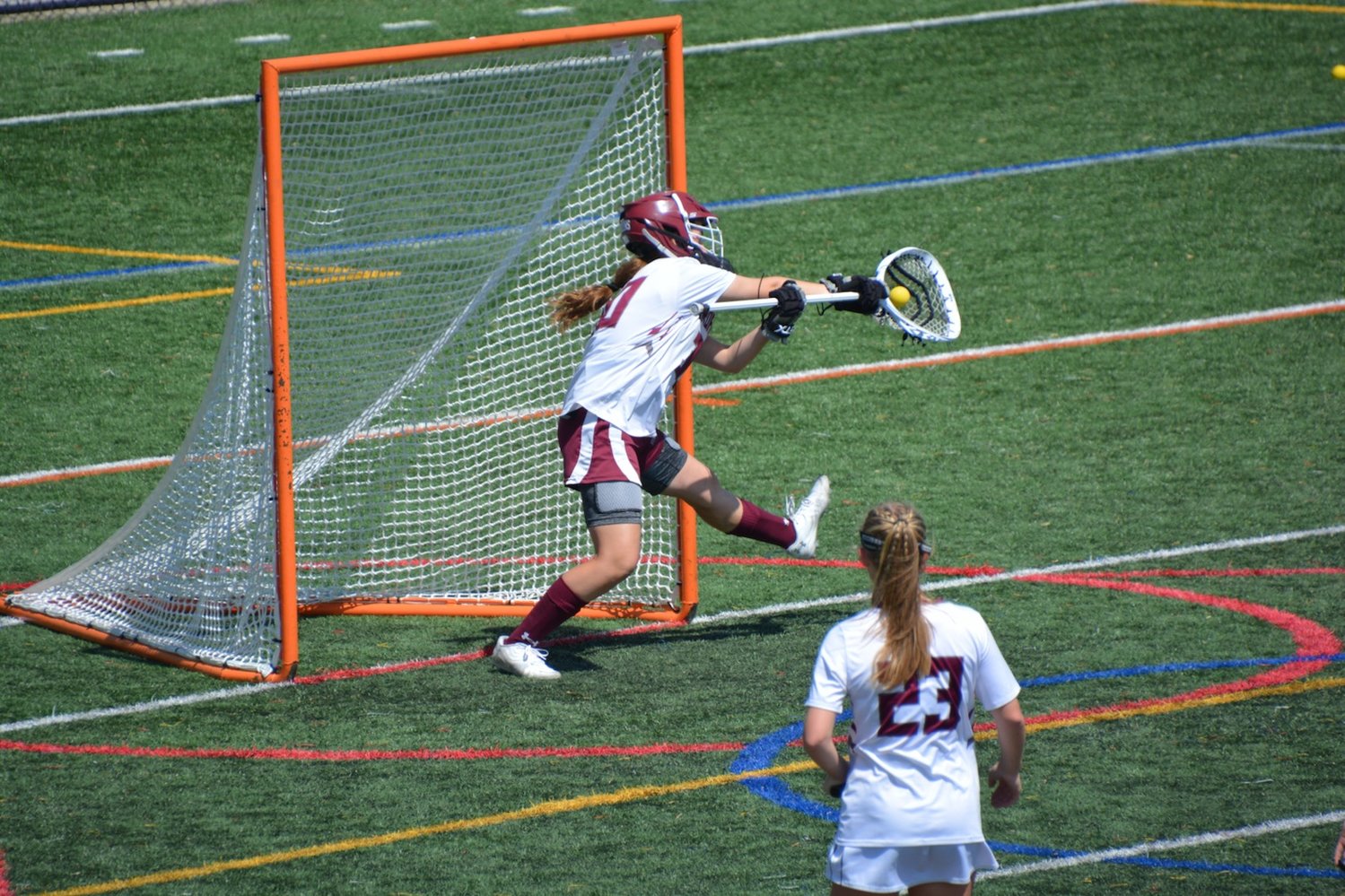 Bruins goalie Chloe Rand saved a shot on goal as a teammate looked on.
Photo courtesy of Bill Baldwin 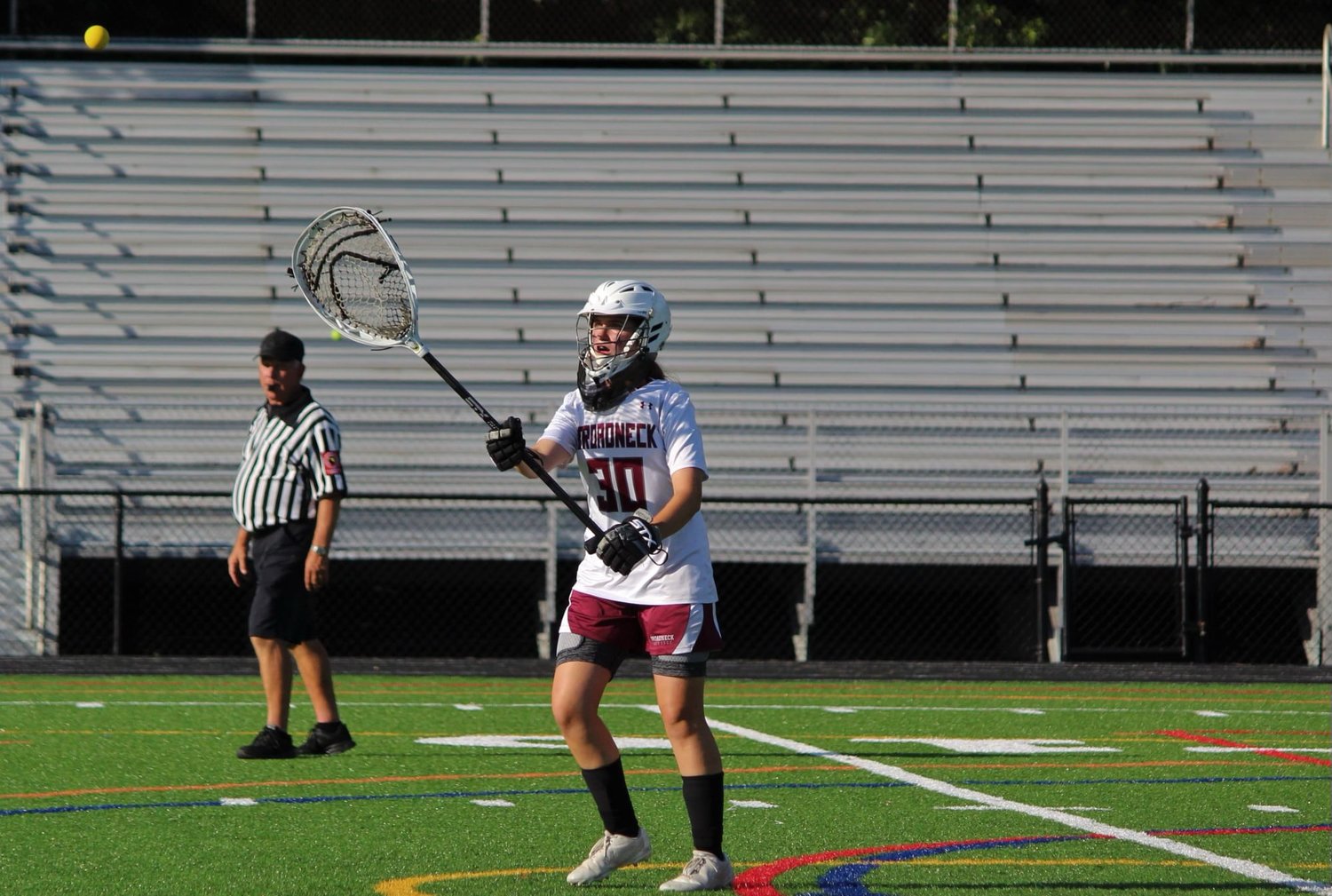 Chloe Rand passed the ball to a teammate after making a save.
Photo courtesy of Dennis McGinley 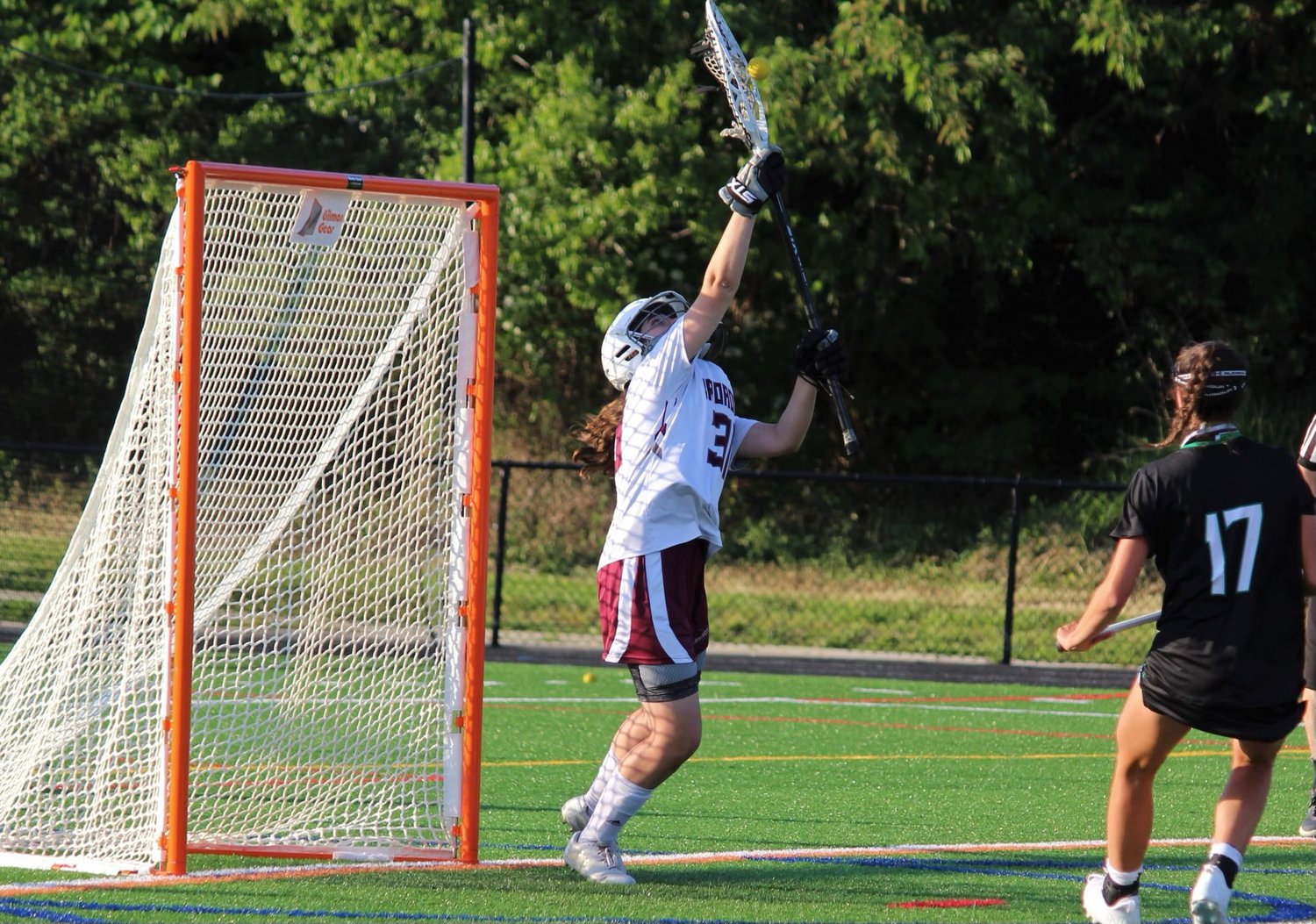 Chloe Rand reached up to catch a ball that was shot high toward the net.
Photo courtesy of Dennis McGinley
Previous Next
Posted Wednesday, May 11, 2022 4:19 pm
By Conor Doherty

Standing in goal, Chloe Rand has been steadfast in helping lead the Broadneck Bruins girls lacrosse team to a 11-2 record to start the season. Having been the starter in net for the Bruins for the past two years, Rand has developed into a top goalie.

While the pandemic kept her and her teammates from playing in 2020, heading into her junior year, Rand finally got her chance to start and many were excited to see what she could do. In September 2020, Rand was named as one of 11 girls on Lacrosse Magazine’s National Goalie Watchlist for goalie’s graduating in 2022. It’s not hard to see why she was on the watchlist when she’s been a goalie since the third grade, along with being a member of the Maryland United Lacrosse Club since fourth grade.

One of two team captains for the Bruins, Rand enjoys the behind-the-scenes aspects of being a captain.

“I’m making sure everyone is on track, doing what they are supposed to be doing,” she explained. “I’m keeping everyone in order and also on defense, as a goalie, I’m the leader of the defense and that’s when I do get loud, tell my defense what needs to be done. They can do the same thing for me. I really like to make sure everything is getting done how it’s supposed to. A lot of communication is important for me.”

And Rand’s leadership doesn’t stop when she’s off the field. She has helped organize team activities and, with the other team captain, choose the team’s uniforms on gameday. She’ll send reminders for when practices and games are happening, building off of her enjoyment in the organizational aspect of being a captain.

With just a handful of games left in her high school career before she heads to the West Coast to start her college career at California-Berkeley, Rand knows that her younger teammates will be ready to take over leading the team.

“I really just want them to keep having so much fun and doing all of these team activities,” she said. “Because I think being a team on and off the field is one of the best parts of the sport. Being able to spend time with everyone, you get so close with your teammates because you’re spending two and a half hours every day with them, and I just want them to keep that excitement and energy during practice, along with the determination they have for the sport.”