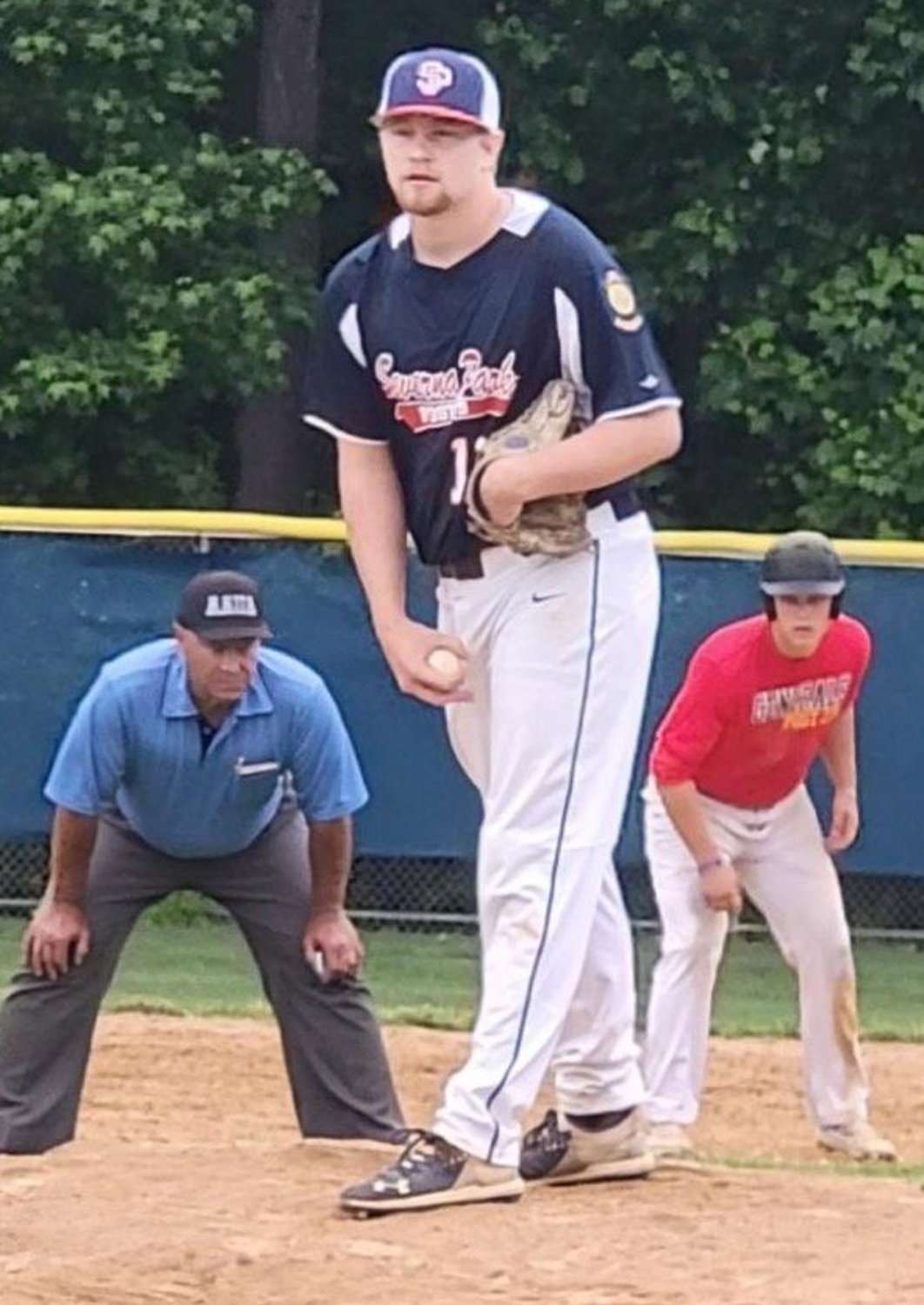 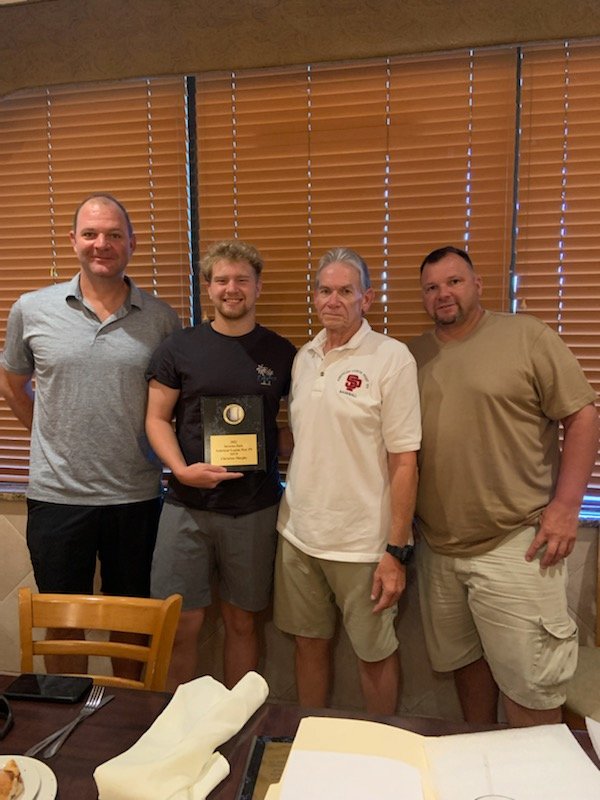 Playing in every game for American Legion Post 175’s senior team, Christian Murphy batted .400 with an on-base percentage of .558 this summer. He was second on the team with 13 walks, while playing second base, shortstop and third base, along with being the team’s emergency catcher.

But his contributions didn’t stop there. According to head coach Jim Christy, Murphy was the second-best pitcher on the team. In the 10 games he pitched in, Murphy was both efficient and effective as he had a 1.86 earned run average (ERA) and threw 60% of his pitches for strikes while averaging just 17 pitches per inning. Now that he has finished the summer league, Murphy has moved on to a fall season at Anne Arundel Community College (AACC), where he is a rising sophomore. But his drive and play has left an impression upon Christy.

“Two words come to mind when I think of Murphy: grinder and gamer,” Christy said. “Versatility was critical to our success. He could play wherever I needed him. If I needed a pitcher in an emergency and no one was warmed up, he could come in cold from his position on the field and pitch. He’s very mature and always calm, cool and collected, never flustered or frustrated.”

Murphy embraced his role on the team this summer.

“I was one of the older players on the team, so everyone looked up to me, like as a captain,” Murphy said. “And I think I played a big role on the team for both helping out people and keeping everyone pushing forward and staying motivated throughout the season. On the field, you couldn’t get me to be quiet. I’d be talking to everybody, making sure everyone was involved, making sure no one was slacking off during the game.”

Having the respect of both his coach and his fellow players meant a lot to Murphy, motivating him as a player and as a teammate.

“It’s honestly an honor,” Murphy said. “When you work hard and people follow you, it kind of makes you feel good in a way. If you’re pushing yourself to be the best that you can be and people start following in your footsteps, you get a more well-rounded team. It makes everyone want to push themselves and push each other harder and succeed together as a team instead of as an individual.”