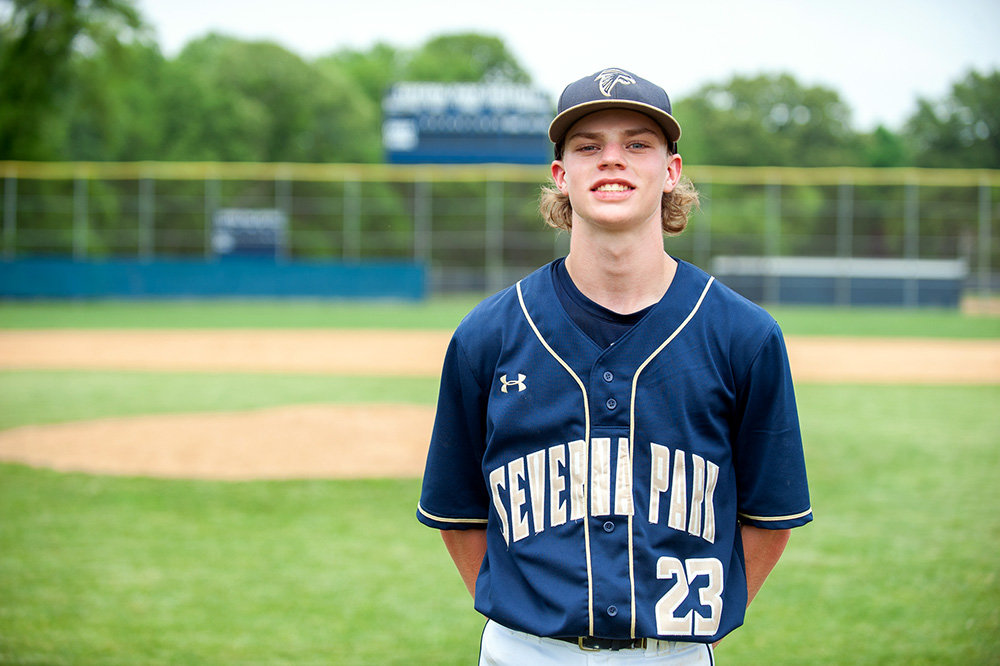 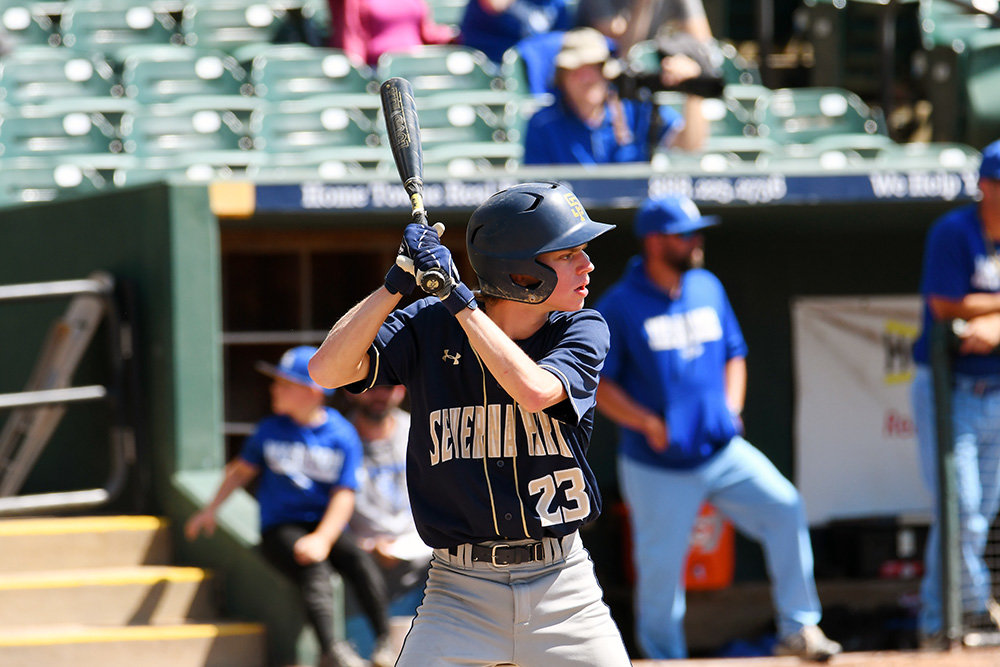 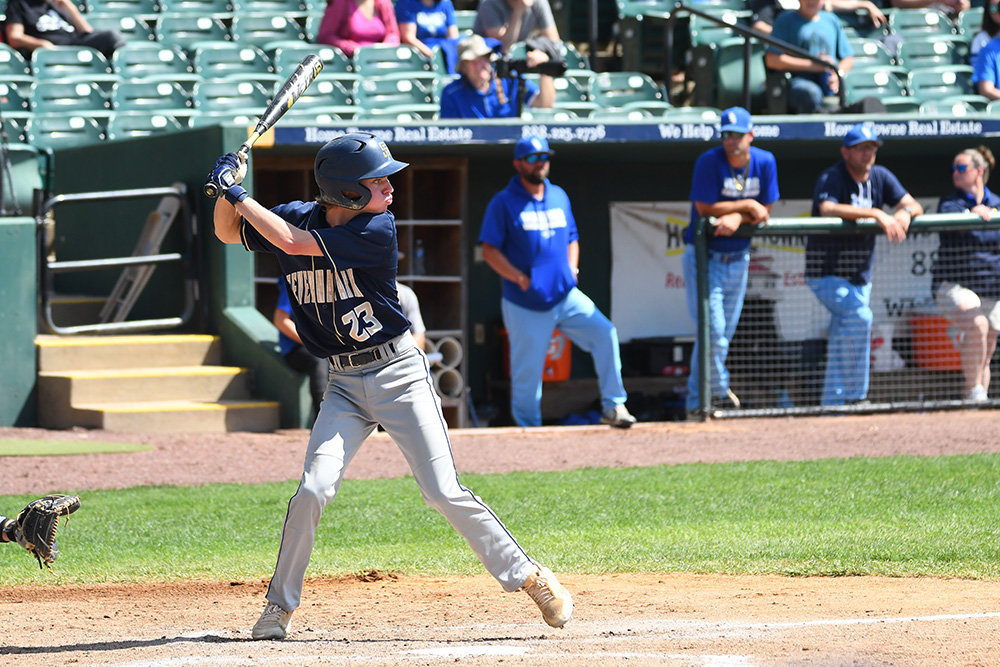 Jimmy Miller batted seventh in the lineup for the Falcons this season.
Photos by Zach Sparks
Previous Next
Posted Friday, June 10, 2022 6:08 pm
By Conor Doherty

For many players, all they ever hope for is a chance to play and show that they can contribute to their team. One such athlete who got that chance this season: Severna Park High School baseball player Jimmy Miller.

Having only had four at-bats during his junior season, Miller became a full-time starter as a senior this season. Miller was the starting left fielder and batted in the seventh hole for the Falcons. For Miller, it was great to finally be given the opportunity to play regularly.

“It was definitely a process to getting where I am today and being able to play every day,” Miller said. “I was super excited to know that I was stepping into a starting role, but at the same time, you have to deal with the ups and downs. Baseball is one of those games where you can be on a total hot streak for 10 games and then you just fall off a cliff. You just have to get back to practice and work every day because obviously you’re excited you’re in a starter spot, but there’s that sense of pressure where you’ve got to perform and you’re responsible in helping your team succeed.”

Despite how the past two seasons have ended for the Falcons, losing to Sherwood in the state championship twice, Miller said that the team and former Falcons players have set an example of what every player following them should strive to become.

“The whole team is supportive, even of the guys who are on the bench,” Miller said. “Especially with Jackson (Merrill) last year, I was able to learn so much and grow, not only as a player but as a leader. And I think that helped us a lot to have the success we had this year because we had a lot of guys who had never started before on varsity. We had all seen great examples of leaders and players come up before us, so we knew exactly what we needed to represent, how we needed to play, and I think that was a huge contributor to our success.”

Miller will go to the University of Maryland where he plans on playing club level baseball. While he left high school without experiencing the joy of being a state champ, he feels that the Falcons can get over that hump.

“Obviously they saw what we can achieve this year,” he said. “So, I’ve just been telling them to keep working hard, stay humble and don’t get satisfied. Obviously, we hoped to bring that state championship home this year, but there’s no doubt in my mind that they’ll be able to get there next year, the year after that, the year after that.

“We’re a great program,” Miller said. “We got a lot of guys who care, and I just want them to know that I believe in them, all of Severna Park believes in them. They keep working hard. I know we’ll get there one day.”