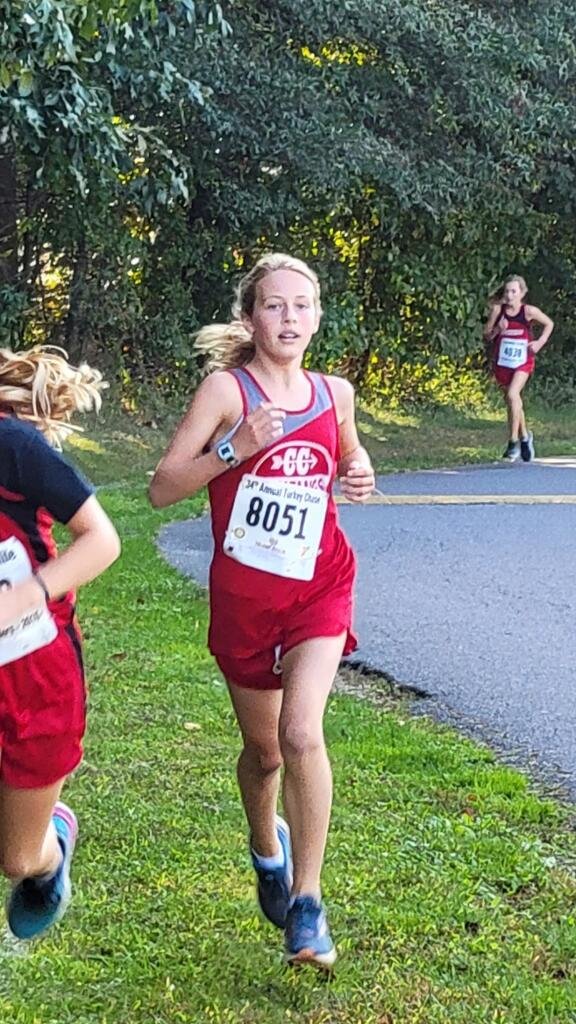 Despite this being her first year doing cross country and being the only eighth-grade female runner, Kate Murphy has already taken a leadership role. 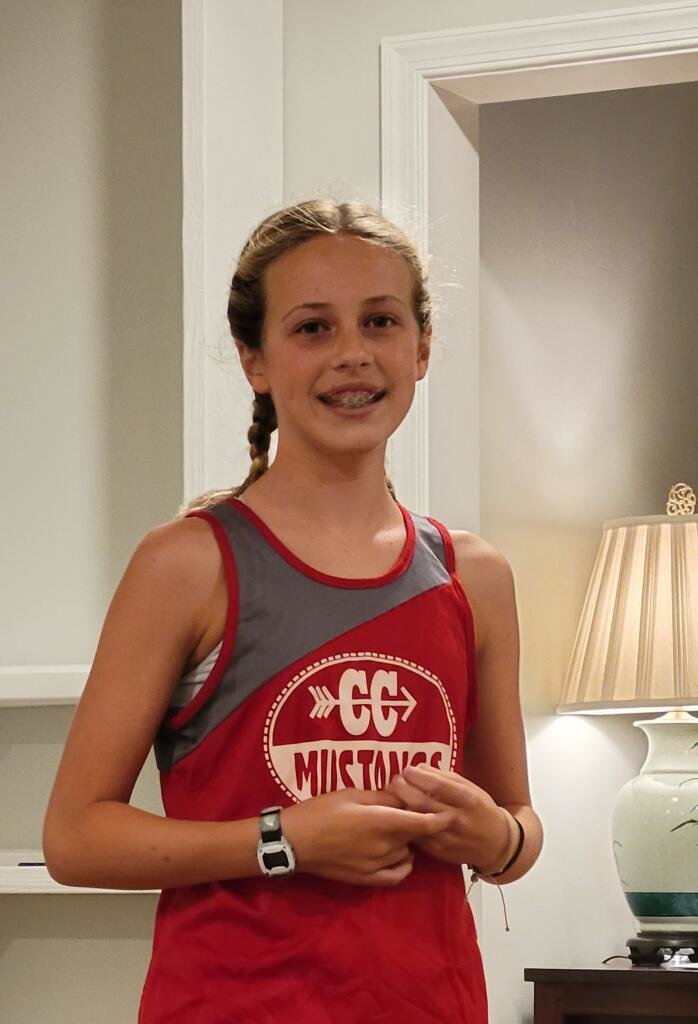 It’s impressive to see what Kate Murphy has done in her first year ever participating in cross country. Running for St. Martin’s-in-the-Field, she has finished second in every race she has run this season. This wasn’t the first time she had taken up a running sport, though. In fourth grade, Murphy tried track and field but felt it wasn’t for her.

“I’ve always enjoyed running throughout elementary school and I just needed something to do after school,” she said. “I decided to give it a try and if I didn’t enjoy it, I wouldn’t do it next year, but I really got hooked on it.”

Despite this being her first year doing cross country and being the only eighth-grade female runner, Murphy has already taken a leadership role on her school’s cross country team. She sees her leadership style as being a combination of leading by example and being a moral and support leader for her fellow runners.

Beyond just running, Murphy enjoys how it is both an individual and team-oriented sport. “Before each race, we would get in a group and everyone goes around and says what their goal is for the race that day,” said Murphy. “Cross country, you’re moving around a lot, it goes by quickly and your teammates are very supportive.”

Next year, Murphy will run for the Severna Park Falcons cross country team. “I’m looking forward to it,” she said. “I wanted to run more, and going into high school, even though it might be a challenge or more difficult, I think that it’ll be good for me because it is a challenge and I like to do things where I have to push myself to do them and work for it.”

Murphy thinks doing cross country beyond high school might be possible, but even if she doesn’t continue past that level, running will still be a part of her life moving forward.

And for those who are thinking of joining cross country, Murphy says to just do it. “Go ahead and sign up and do it,” she stated. “If you really don’t like it, you can just do it for that season. You’re putting in effort and you’re trying to be there for your teammates, knowing that they are there to support you no matter how fast you run.

“No matter how fast you run, it’s your personal goal that matters,” she said. “You could get last place, but as long as you did better than your last race, it still counts as a great job.”