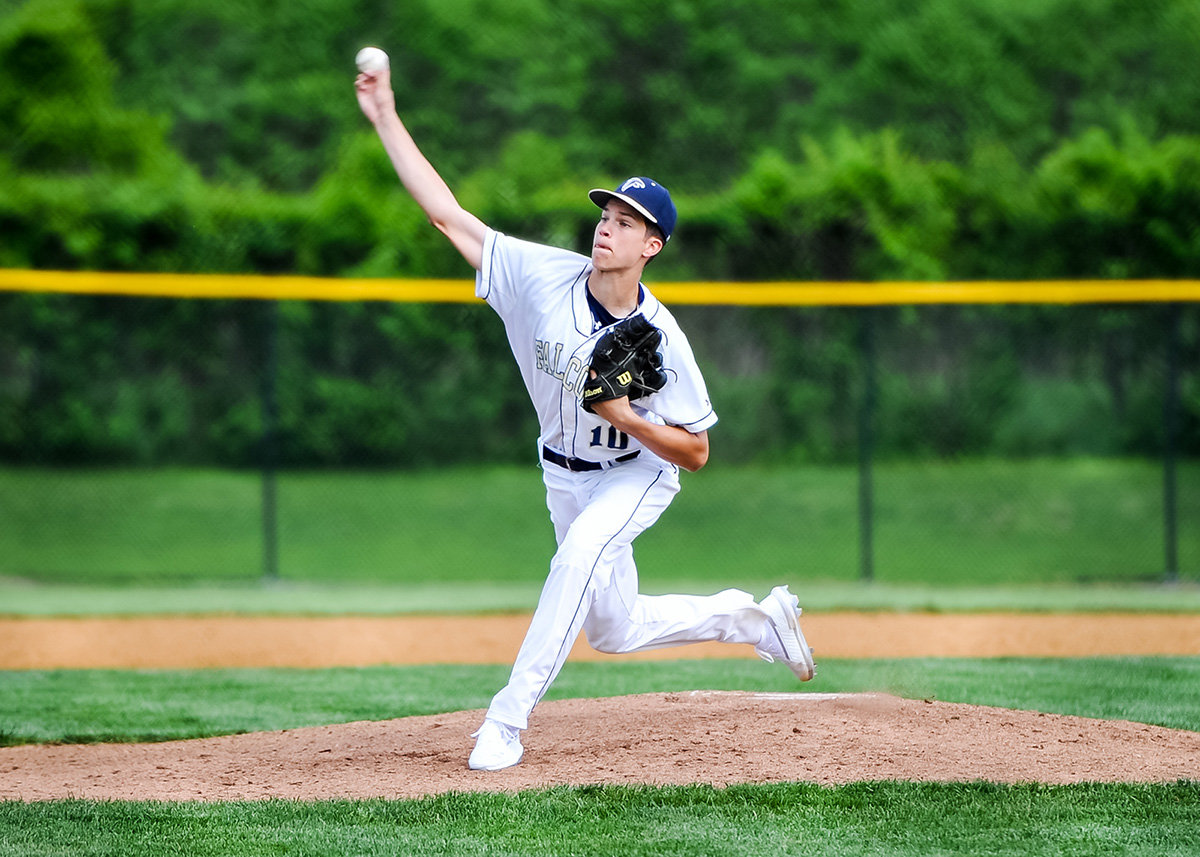 Severna Park High School student-athlete Nick Carparelli III hasn’t enjoyed the typical senior year, but he has still been able to make an impact on both his team and his community.

Carparelli, a member of both the varsity basketball and baseball teams at Severna Park, has found ways to build and maintain relationships through leadership and activism. Finding ways to maintain team chemistry, as well as supporting the Black Lives Matter movement this summer, he was able to use his leadership ability to make a difference in the lives of those around him.

“A lot of people will do what is asked, but is comfortable taking initiative,” said Paul Pellicani, the varsity head coach of boys basketball at Severna Park High School. “He will come to the coaching staff with ideas or thoughts as opposed to just what the coaches want him to do. For example, he came to us and said, 'Coach, how are we going to approach Black Lives Matter?' The concept, not the group. Here's a high school kid, in the summer, reaching out to us with mature thoughts."

A member of the Young Democrats club at Severna Park, Carparelli and others were able to arrange a handful of marches. The marches took place throughout the Severna Park community, with a call for change and social justice in mind.

“The only way things change is to seek out the problem at hand and tackle the problem head on,” Carparelli said. “Racism has no place in our society. I feel that if I do my part, then people will follow.”

His activism in social justice hasn’t been the only way Carparelli has been able to be a leader in his community. With winter sports in jeopardy as a result of the COVID-19 pandemic, Carparelli and teammates faced the threat of having their basketball seasons taken away. With a desire to still play, Carparelli and others put together a team for a fall league.

“That alone brought the anticipation toward the season,” Carparelli said. “It was fun and very different. You’re on a team with kids that maybe you don’t get along with just because of differences outside of the sport. Coming together with a common goal, it was very cool. We all made it fun for each other.”

“We had weekly practices at the Severna Park Community Center and played a big role in coordinating that, communicating with all of his teammates,” said Carparelli II. “Even going so far as to pick some of them up and bring them to practice when their parents weren’t able to because of work. It was really important to him that his team was able to have some sort of group experience this year.”

While the winter season was ultimately canceled, Carparelli and others were still able to have memorable moments during that fall season.

With games taking place on the weekends, Carparelli and the rest of the team had a couple of team dinners, one of the biggest ways high school teams look to build chemistry off the court or field.

“My dad makes pizza every Friday, he’s pretty big on that,” Carparelli said. “My brother was on the team, so he’d invite some of his friends, I’d invite some of my friends, and we’d have a good time. That team bonding, outside of basketball, brought better play on the court. When the food is good, that helps too.”

Whether on the court, off the court or in the community, Carparelli has used his leadership skills to make a difference and help bring change where he sees fit. For him, it is also about taking action rather than just talking about change.

Although basketball season has now come and gone, Carparelli is still looking forward to his senior year baseball season, in whatever capacity it takes place in. He also plans to continue his baseball career in college, having committed to Manhattan College in October.