Student-Athlete Of The Month: Sawyer Knapp 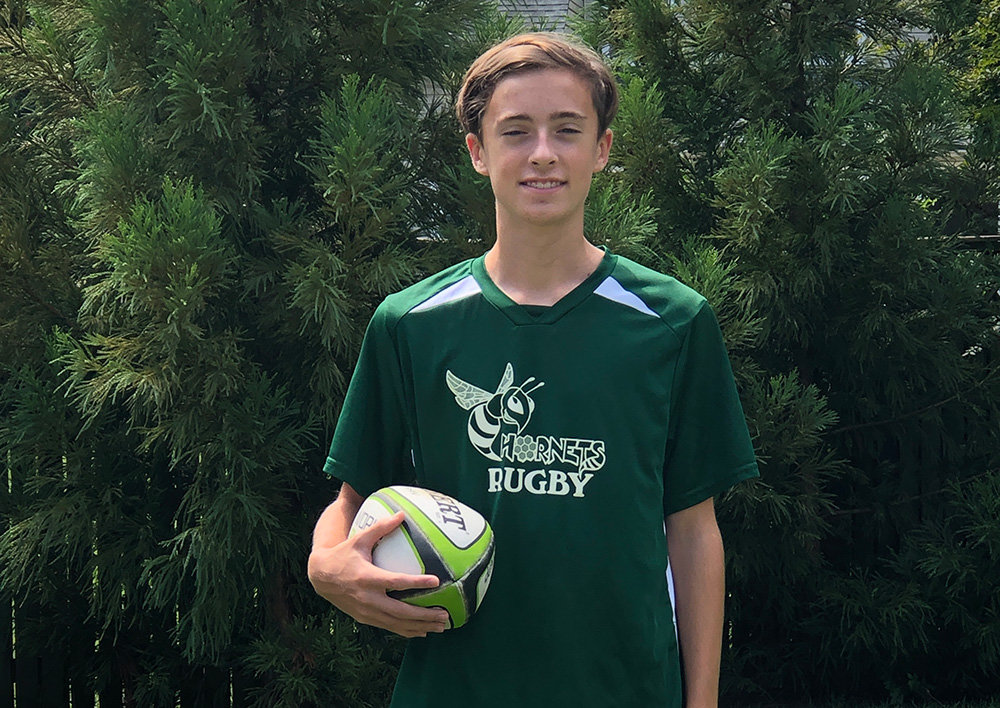 Sawyer Knapp served as team captain in the Severna Park Green Hornets rugby U16 team for most of the 2021 summer season.
Photo courtesy of Susan Knapp 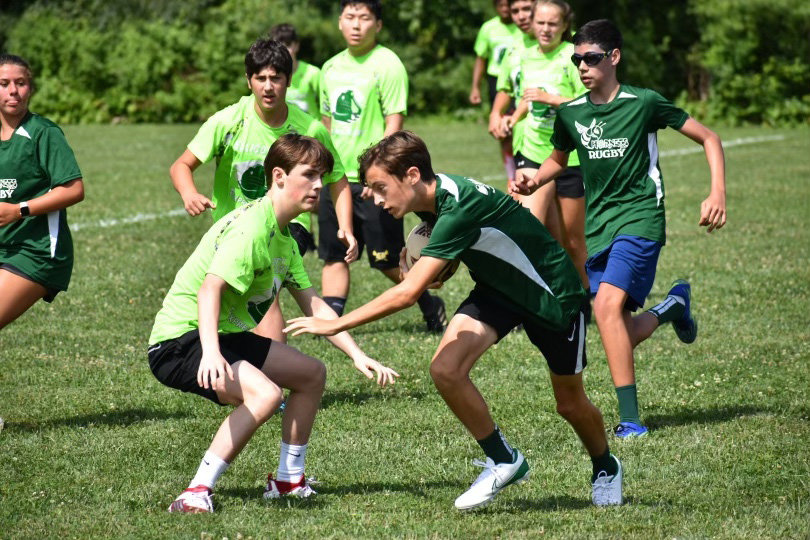 This season, Sawyer Knapp stepped up to become team captain for his U16 team.
Photo courtesy of Kevin and Beth Crowley
Previous Next
Posted Wednesday, September 8, 2021 3:21 pm
By Alyson Kay

Sawyer Knapp has always been interested in sports. He plays soccer and tennis on Anne Arundel County youth teams. Most recently, Knapp began playing on the Severna Park Green Hornets youth rugby team after his friends recommended that he try the sport.

“We all decided to play together during the summer, and it turned out great,” Knapp said.

Knapp has now been playing rugby on the team for three years. He enjoys how friendly the teams are and how much the players get along.

“This is such a friendly sport,” he said. “You meet new people on the other team, and you just get along with everyone.”

Knapp feels that the rugby teams he plays with also don’t get too caught up with the competitive aspect of the sport.

“Sometimes people are too focused on the competitive aspect of it, and it can take away from the fun that everyone’s having,” Knapp said.

Although Knapp wasn’t the most experienced player on the team initially, he established himself with the coaches and boosted his reputation as a supportive team player.

This season, he stepped up to become team captain for his U16 team. Knapp cited his supportive attitude and the camaraderie that he had with his teammates as factors that helped him as a leader.

“I can uplift everyone without taking away from anyone else,” Knapp said.

As team captain, Knapp spoke with coaches and referees about plays and strategies, like which side the team would defend. It also meant taking more responsibility within the team.

“It definitely does establish some form of leadership that I have to carry the burden somewhat,” he said. “But thanks to my teammates, it’s not too much of a burden because everyone supports each other in the sport.”

He also took charge more. “I try to take control and I try to lead everyone as much as I can,” Knapp said.

Knapp feels that the successes of the team this season come down to how the team worked together.

“It’s not about the skills of any one player,” Knapp said. “It’s about the chemistry of the entire team, especially in this sport. It’s never about one person. It’s about everyone. So don’t be fooled if I’m team captain and someone else isn’t. Everyone shares the burden.”