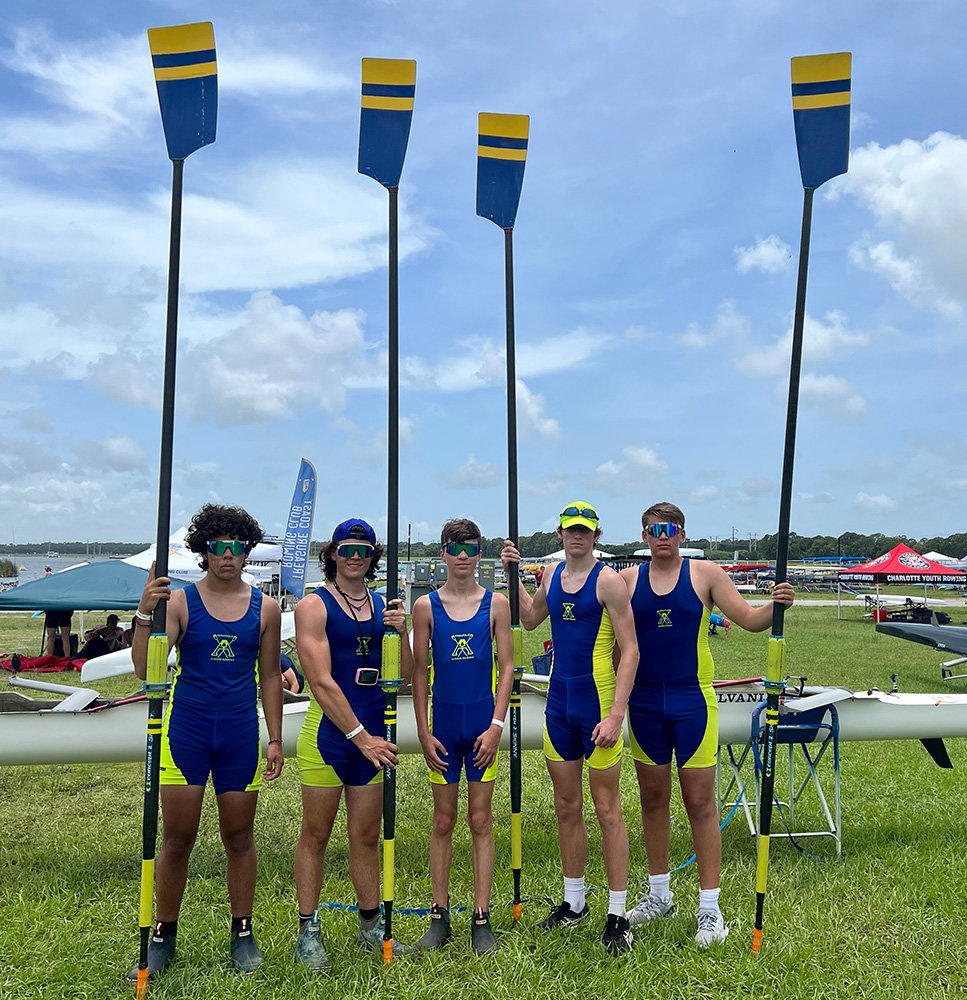 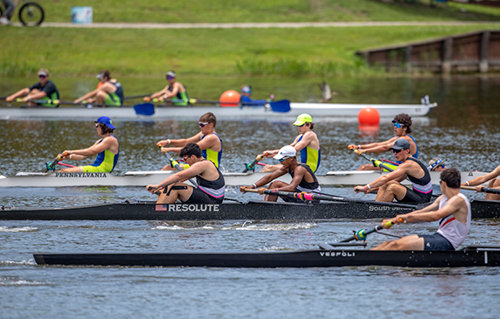 The AJR U17 men’s team, pictured in the Resolute boat, competed in the youth national championships.
Photos courtesy of Stephen Hall
Previous Next
Posted Wednesday, December 31, 1969 7:00 pm
By Conor Doherty

Five students from three local schools participated in the U17 USRowing youth championships, held in Sarasota, Florida, between June 9 and 12, as members of the Annapolis Junior Rowing (AJR) Association. The championships were held at Nathan Benderson Park, which also hosts Olympic qualifying NCAA championships and international rowing regattas.

Head coach Stephen Hall explained that to be invited to nationals, teams must place in the top four at their respective regionals. The men’s crew finished second at regionals while Ahearn came in fourth. At nationals, the U17 men’s boat competed against 24 other crews and finished 14th, while Ahearn went up against about 20 other women, finishing 20th.

“Both teams are comparatively young for this level of elite racing,” Hall said. “The key takeaway is the caliber of racing that took place at these championships. They will be able to relate the scale and efforts needed to compete at a national level to the rest of the AJR rowers as we begin the fall season in September.”

Heading into the fall, Hall expects about 80 rowers to be a part of AJR, with only a handful having graduated. “As a young team, they now form a great base of rowers for the next few years to come,” he stated.

Hall explained why he has so many local students, from both public and private schools joining his association. Due to the nature of the exercise, only a limited number of injuries are suffered, and it can hone around 85% of a person’s muscle structure. With all that, it’s a sport that people in their 70s and 80s can take part in. But the most important reason is academics.

“College admission statistics state that rowing is the No. 1 sport for both women and men in terms of college entry assistance and/or scholarships,” Hall explained. “Rowing is one of the oldest intercollegiate sports in the U.S. and Europe. It’s an ultimate team sport that shapes and molds discipline, resiliency, and camaraderie amongst its teams and members.”