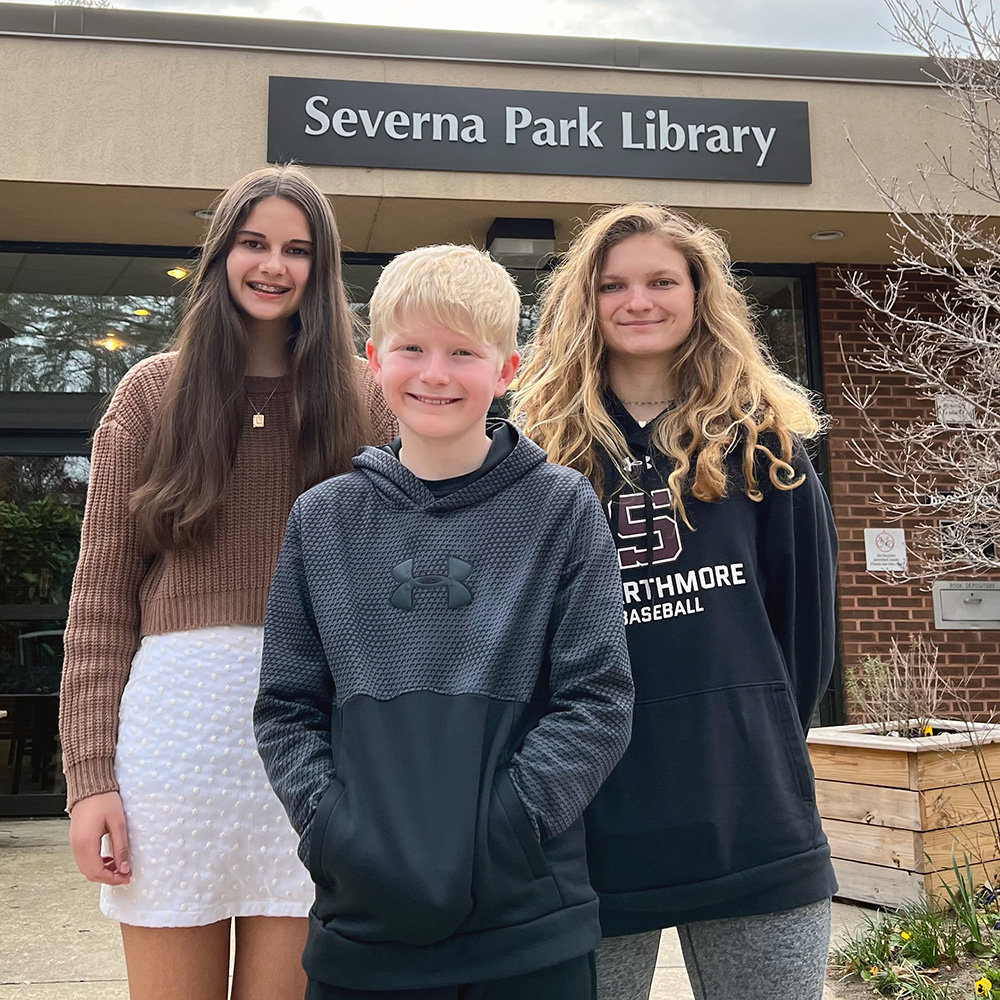 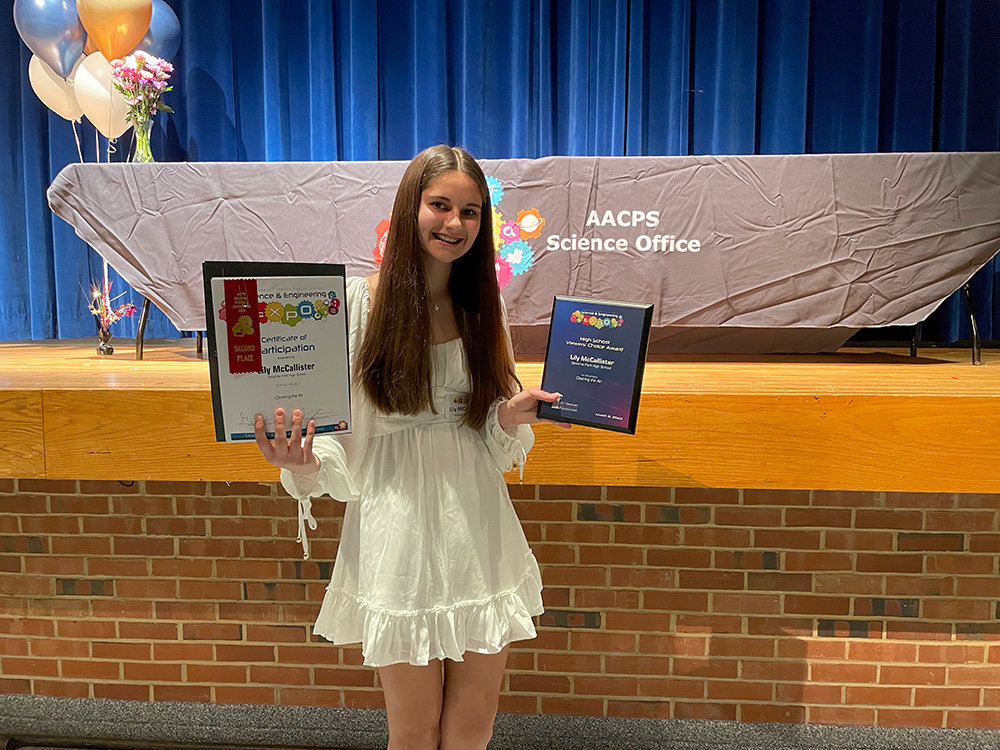 Emily Ernst
Broadneck High School
Title: “The Power of Tides: The Relationship Between Tides and Enterococci”

“I have grown up in an area where water contamination is a constant concern,” said Emily, a junior. “I wanted to better understand the factors that influence when it’s safe to swim in coastal waters. I hope to continue this line of research in college. The study focused on water conditions at a coastal inlet in South Florida (Jupiter Inlet in Palm Beach County) where my grandmother lived and where I vacationed as a child.”

“In the future, it would be interesting to study if the findings were replicable in other coastal areas, such as the Chesapeake Bay,” Emily said. “Additional research is needed to explore the dynamics of enterococci contamination at the end of tidal phases.”

As a grand award winner, Emily received an invitation to attend the 2022 International Science and Engineering Fair from May 7–13 in Atlanta.

“I like the idea of exploring the unknown, especially questions related to the environment that have human health impacts,” she added. “For me, science is just about asking why and seeing where the answers lead. It is a journey.”

“If a homemade air purifier has four HEPA filters sucking air from four sides, it will filter air at a faster rate compared to the expensive store-bought Honeywell 300,” Lily reasoned. “The homemade air purifier will compete better at collecting more air particles because it has greater surface area.”

After her experiment, results proved that the homemade purifier covers more surface area because it drew air in from all four sides, while the Honeywell took in air only from the front.

“I built a GPS tracker using a Raspberry Pi and attached it to my book with an elastic headband,” said Charles, a sixth-grader at Magothy River Middle School. “The Raspberry Pi is a computer the size of a credit card. I coded it so that it would talk to the GPS tracker and an IoT [internet of things] dashboard. The IoT dashboard recorded the location of the book within about 150 feet. The device was attached to the book with a headband, so you won’t lose your book, or your page!”

For more information about STEM in AACPS, the annual Science and Engineering Expo, and a full list of this year’s winners, visit www.aacps.org/page/5727.